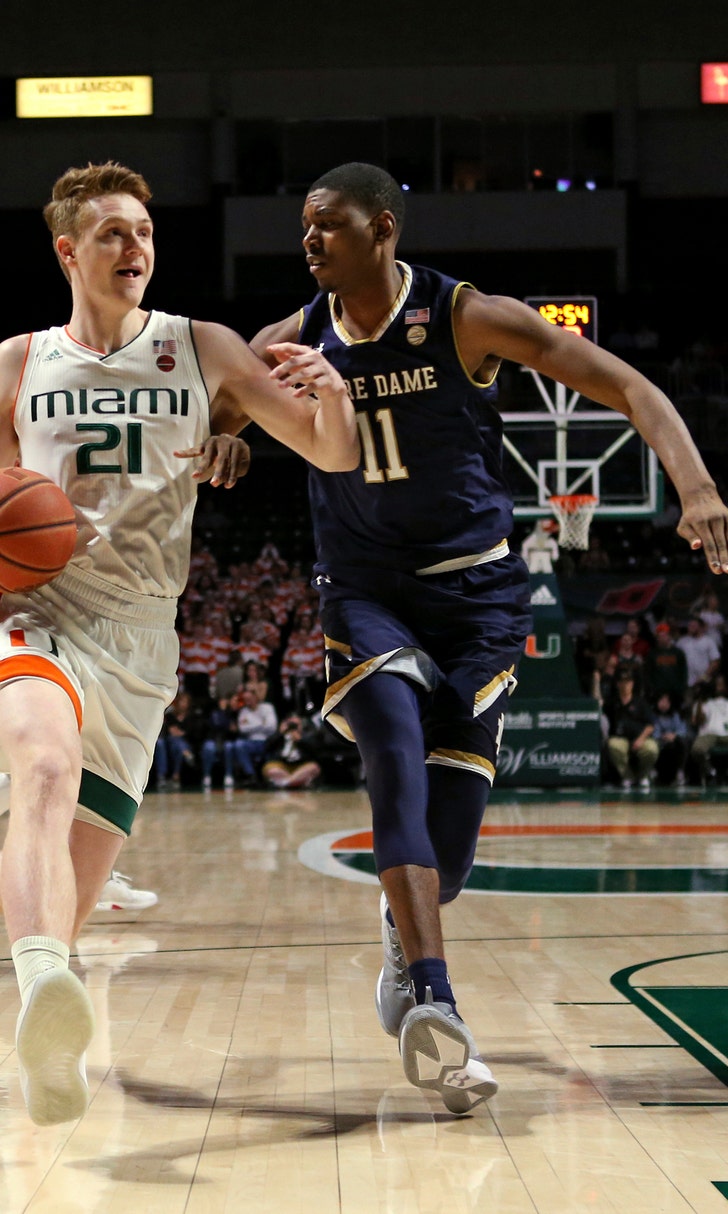 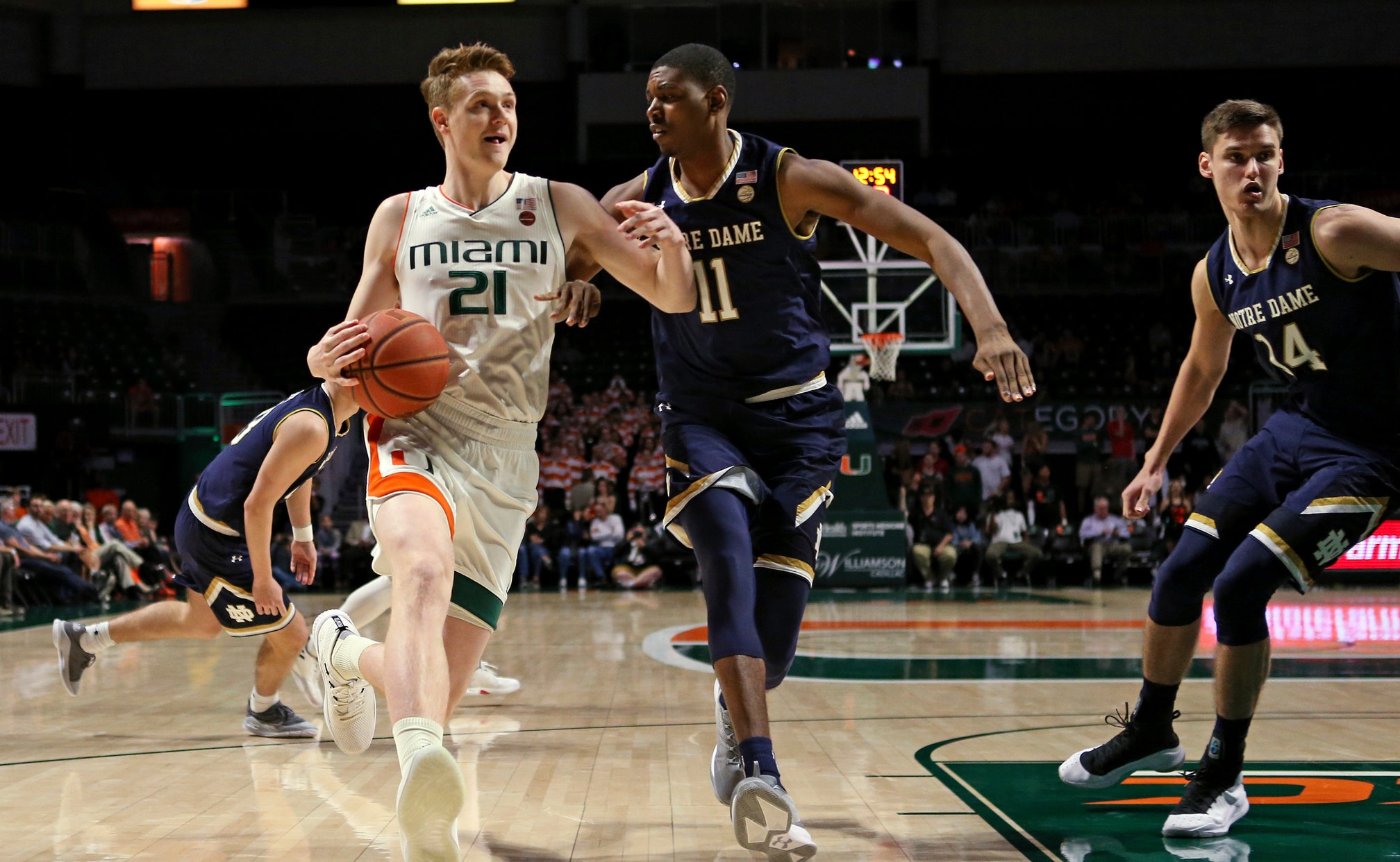 CORAL GABLES, Fla. (AP) — Before the Miami Hurricanes headed to the postgame locker room, they assembled along the free throw line and waved their index fingers to a serenade from the pep band.

For one night at least, and against Notre Dame at least, the Hurricanes were No. 1.

Miami (10-12, 2-8 Atlantic Coast Conference) climbed out of last place in the league.

"We had enough of losing," Vasiljevic said.

The junior guard had 15 points and a career-high 10 rebounds for his first career double-double. Lawrence, a senior, earned his fourth double-double with 11 points and 12 rebounds.

Both contributed to a smothering defensive effort. The Fighting Irish (12-11, 2-8) shot a season-low 32 percent, and their point total was also a season low.

The Irish missed 23 of their final 24 3-point tries. Miami, using a mix of zone and man-to-man, forced 14 turnovers that led to 16 points.

John Mooney had 11 points and six rebounds — the first time in nine games that he failed to achieve a double-double for the Irish. They lost for the sixth time in the past seven games.

Miami's Ebuka Izundu made all seven shots for 14 points, including a buzzer-beating dunk to end the first half, and added seven rebounds. Izundu was limited to 11 minutes in the second half because of cramps.

The Irish made five of their first six shots to grab a nine-point lead, but then cooled off. They went 8½ minutes without a basket midway through the game as Miami outscored them 16-2 to take a 34-23 lead.

A layup by Chris Lykes gave the Hurricanes their biggest advantage, 51-33. The cushion was a big change after Miami's worst league start since 1993-94.

Lykes had 11 points to win his matchup with freshman guard Prentiss Hubb, who shot only 1 for 7 and committed six turnovers. They were high school teammates in Washington.

The 5-foot-7 Lykes was also at the point for Miami defensively.

"He's so quick, he disrupted our whole flow," Brey said.

"His defensive effort is really paying off for us," Larranaga said.

The Hurricanes had 39-33 edge in rebounds.

"We're small," Lawrence said. "Everybody has to crash the glass."

"I would have had another four or five if Anthony didn't take them," Vasiljevic said.

Miami pulled ahead in the series, 12-11. The schools meet again Thursday when Notre Dame's No. 4-ranked women play at Miami.

The Hurricanes play Saturday at No. 8 North Carolina , which beat Miami in January.