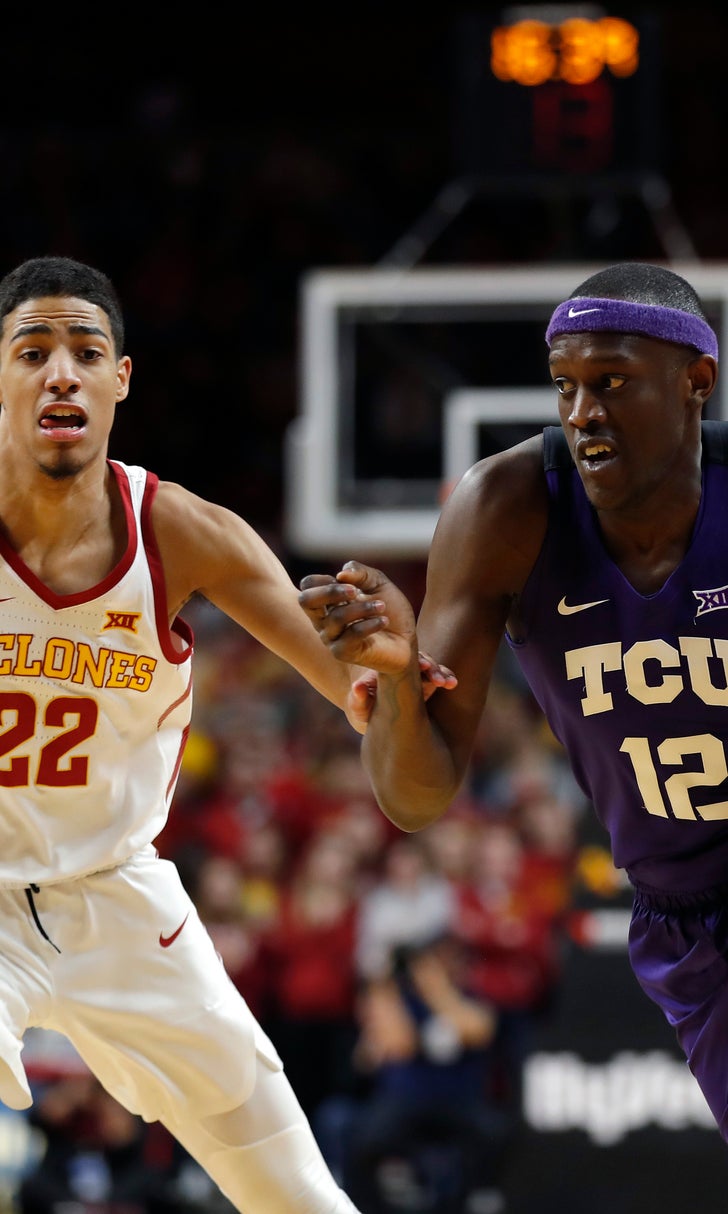 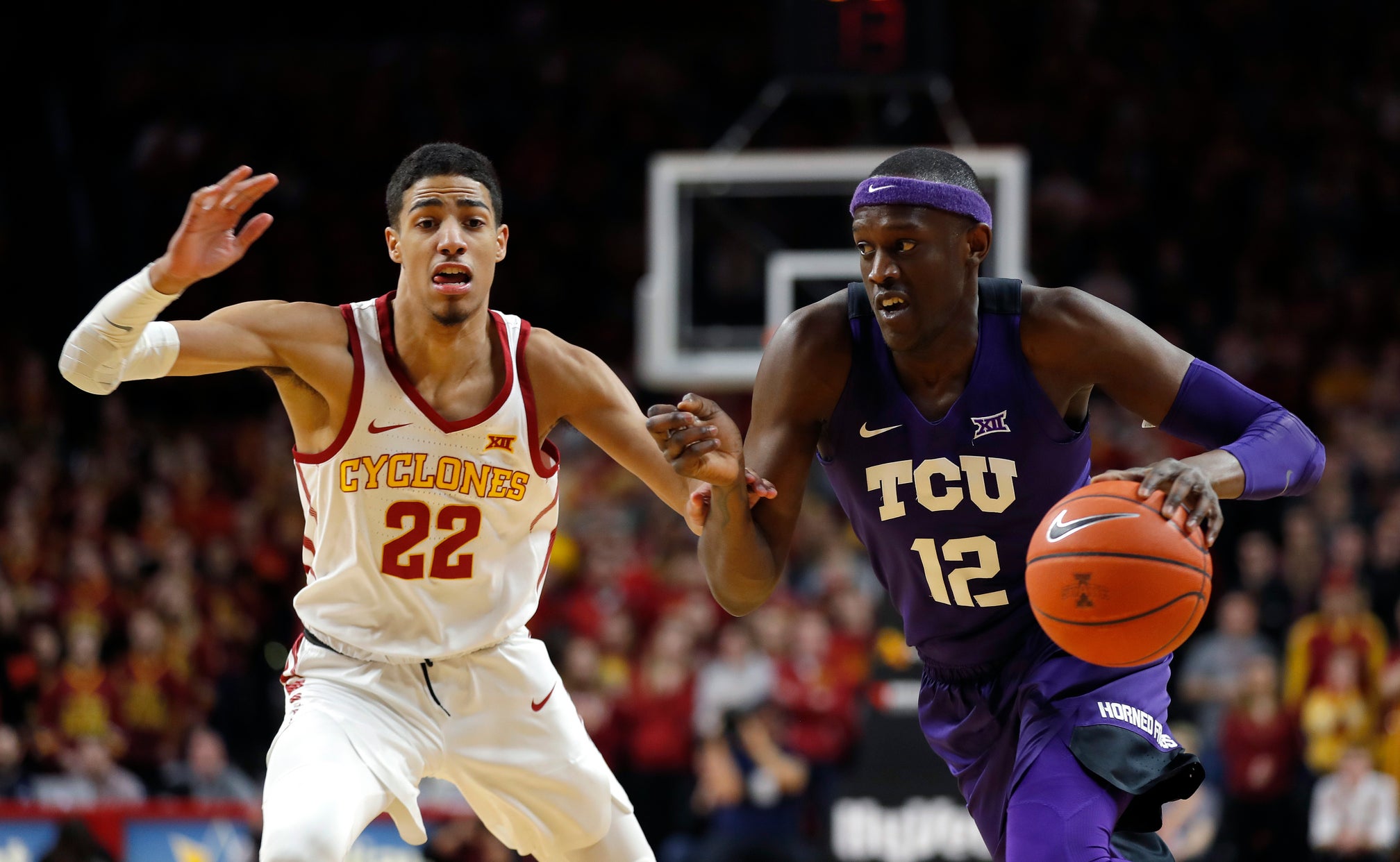 AMES, Iowa (AP) — Just when the Big 12 title chase was threatening to make some sense, TCU traveled to Ames and pulled off one of the weirdest upsets of the season.

Kendric Davis scored a season-high 22 points, and the Horned Frogs stunned No. 17 Iowa State 92-83 on Saturday for their first road win over a Top 25 team in 21 years.

Kouat Noi, Desmond Bane and Alex Robinson each had 17 for TCU (17-6, 5-5 Big 12). The Horned Frogs used a staggering 27-4 first-half run to blow past the beleaguered Cyclones and greatly boost their postseason resume.

"We know we need to go on a run to improve our seeding in the Big 12 and the NCAA Tournament," Robinson said. "This is just another milestone for our program."

TCU, a 9-point underdog that had lost its previous two road games by an average of 22.5 points, capped a stretch of seven straight makes to open the second half with a layup by Noi to jump ahead 54-36 with 15:32 left.

"This league will humble you quick," said Iowa State coach Steve Prohm, who seemed a bit bewildered after watching his team string together a pair of strong practices. "We got humbled, and now we've to go try and humble somebody else."

Iowa State went on a late 10-0 run, but TCU had answers for everything the Cyclones threw at them.

Marial Shayok scored 24 points and Michael Jacobson had 16 to lead the Cyclones (18-6, 7-4), who saw their winning streak snapped at four games. Iowa State missed 12 of its first 13 3s and committed 15 turnovers while falling into a hole that was too deep to climb out of.

"They were ready to go," Jacobson said. "It was one of those days."

Iowa State: The strangest thing about TCU's first-half run was that the Cyclones got a ton of good looks at the basket, but good shooters simply weren't knocking them down. Iowa State's Big 12 title hopes took a hit, though a win at Kansas State next weekend would make up for it. For that to happen, the Cyclones will need to find the defense that abandoned them on Saturday.

TCU: The Horned Frogs had been terrible on the road pretty much all season, so to watch them dismantle Iowa State in one of the nation's toughest gyms was surprising. This was also a reminder that TCU's ceiling is quite high.

"I know it's hard to believe when they get 83 and we get 92, but we won on the defensive end," TCU coach Jamie Dixon said.

Shayok was just 7 of 17 from the floor for Iowa State. Nick Weiler-Babb was 4 of 13, Lindell Wigginton was 2 of 9 and Talen Horton-Tucker was 2 of 6. Iowa State wound up shooting 45 percent from the floor, but many of those buckets came long after the outcome had been decided.

"We just weren't very good, and obviously TCU had a lot to do with that," Prohm said.

Iowa State's Cam Lard came through with a strip block and then got down the floor for an open dunk. Instead, the ball slipped out of his hands, and Kevin Samuel responded with a dunk on the other end to make it 56-41. It wasn't the only time the Cyclones suffered through that kind of sequence.

Iowa State will likely stay in the rankings after beating Oklahoma on the road on Monday, but it'll slide down at least a few spots.

TCU hosts Kansas on Monday night. There will be some raised eyebrows in Lawrence upon seeing this result.