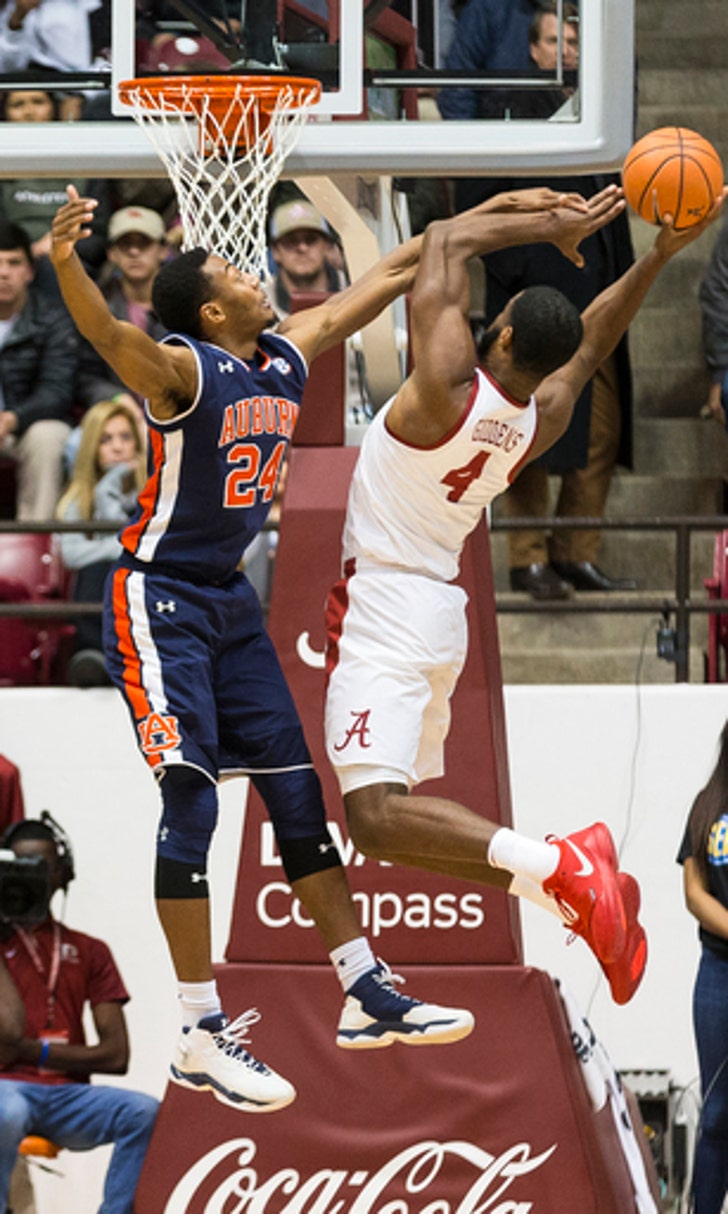 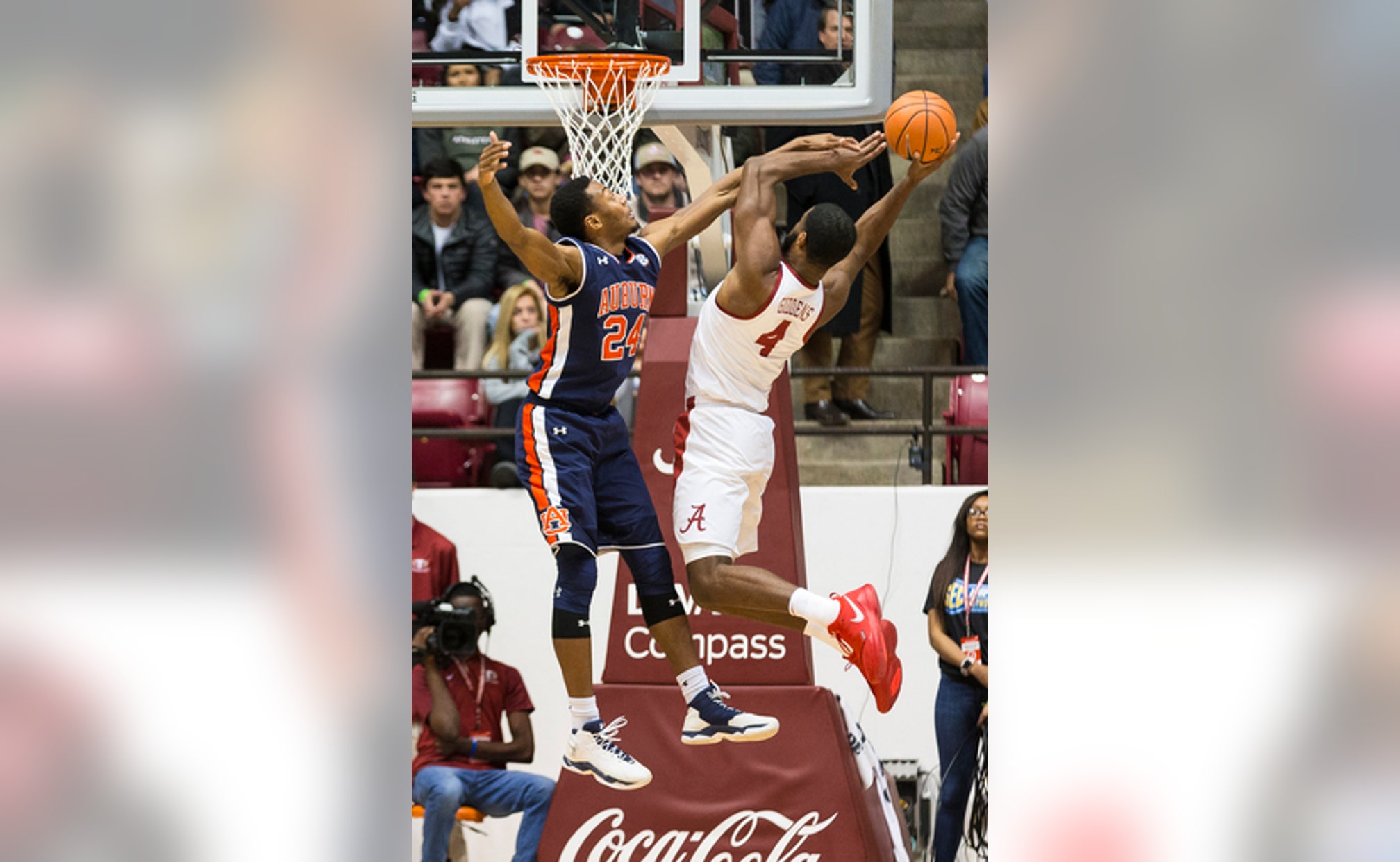 TUSCALOOSA, Ala. (AP) When Alabama needed him most, freshman John Petty became an unstoppable scorer against Auburn.

Alabama played without its starting point guard and leading scorer, Collin Sexton, who sat out with an abdominal injury. But Petty more than made up for the loss. The freshman guard made eight of 13 3-point attempts and helped the Crimson Tide (12-6, 4-2 Southeastern Conference) surge ahead of Auburn with a 15-5 run in the second half.

''We all knew we needed to step up,'' Petty said. ''We lost a lot of our scoring because Collin Sexton was out tonight. I came out and made a couple of threes, and I just felt great. So, coach started changing the offense and we started running a couple of plays, and I just happened to be open. It turned out to be a good night.''

It wasn't always easy for Alabama. Coach Avery Johnson's team struggled to take care of the basketball without its primary ballhandler. The Crimson Tide turned the ball over 12 times in the first half, just two shy of its average per game this season. On defense, it was Auburn guards Jared Harper and Mustapha Heron who forced the turnovers, generating four steals.

''Harper gave us nightmares last year,'' Johnson said. ''I watched the film again last night. And to see what he did against us here at home, we felt like we had to slow him down.''

Despite the sloppy play, Alabama's 3-point shooting helped hide some of the mistakes. Petty, who took Sexton's place in the starting lineup, knocked down three of his 3-point baskets in the first half to help Alabama keep the game close. In the second half, he went on a run where he made five long-range shots in a row.

Auburn (16-2, 4-1) was the better of the teams in the first half from long range, sinking seven of 15 shots from behind the arc, including a fader from Chuma Okeke at the first-half buzzer that gave the Tigers a three-point advantage into halftime.

The Tigers' halftime-lead quickly diminished once Alabama's offense got into a rhythm.

''What they did when they were effective didn't take us by surprise,'' Auburn coach Bruce Pearl said. ''They took advantage of their size, of their length. Avery has a great offensive mind and he is a tough guy to prepare for because they run a lot of stuff.''

Another freshman contributing to Alabama's second-half rally was Herbert Jones, who picked up his second foul of the game with eight minutes remaining in the first half, but returned to fill the stat sheet on both ends. The forward had seven rebounds, four steals, and four assists to go along with his 11 points.

At 6-foot-8, Jones also played point guard for a portion of the second half, allowing some of the guards to rest with the absence of Sexton. He scored the most crucial basket of the game with the ball in his hands, stopping the bleeding while extending Alabama's lead to five in the final minute.

''It was the first time they let me run the point since high school,'' Jones said. ''It felt the same. I know how to play off the ball, and when they need me to play with the ball in my hands I can do that too. It felt pretty good.''

Trailing by 10 with just under four minutes remaining, the Tigers were able to cut Alabama's lead to two by holding the Crimson Tide to 11 points down that stretch.

''For us, it was a missed opportunity because they were short-handed,'' Pearl said. ''We did not play well. I didn't think we executed offensively as a result of assist-to-turnover ratio. We didn't have a lot of energy and I'm not really sure why.''

Bryce Brown scored a team-high 12 points for the Tigers.

Alabama: Moves to 4-2 in the conference with its first win over Auburn in the last four tries.

Auburn: Remains the top team in the SEC despite the loss. The Tigers will have another chance against the Crimson Tide at home in February.

After tying the game at 36 with 17 minutes to play, Petty made three 3-point baskets over the next four minutes. The scoring outburst helped Alabama go on a 15-5 run, and opened up an 11-point lead. That was the Crimson Tide's largest lead of the game.

Only three of Alabama's current players were eligible the last time the Crimson Tide beat Auburn on Feb. 27, 2016. Those players are Ingram, Donta Hall and walk-on Lawson Schaffer.

Auburn: returns home to play Georgia on Saturday before hitting the road again next week.