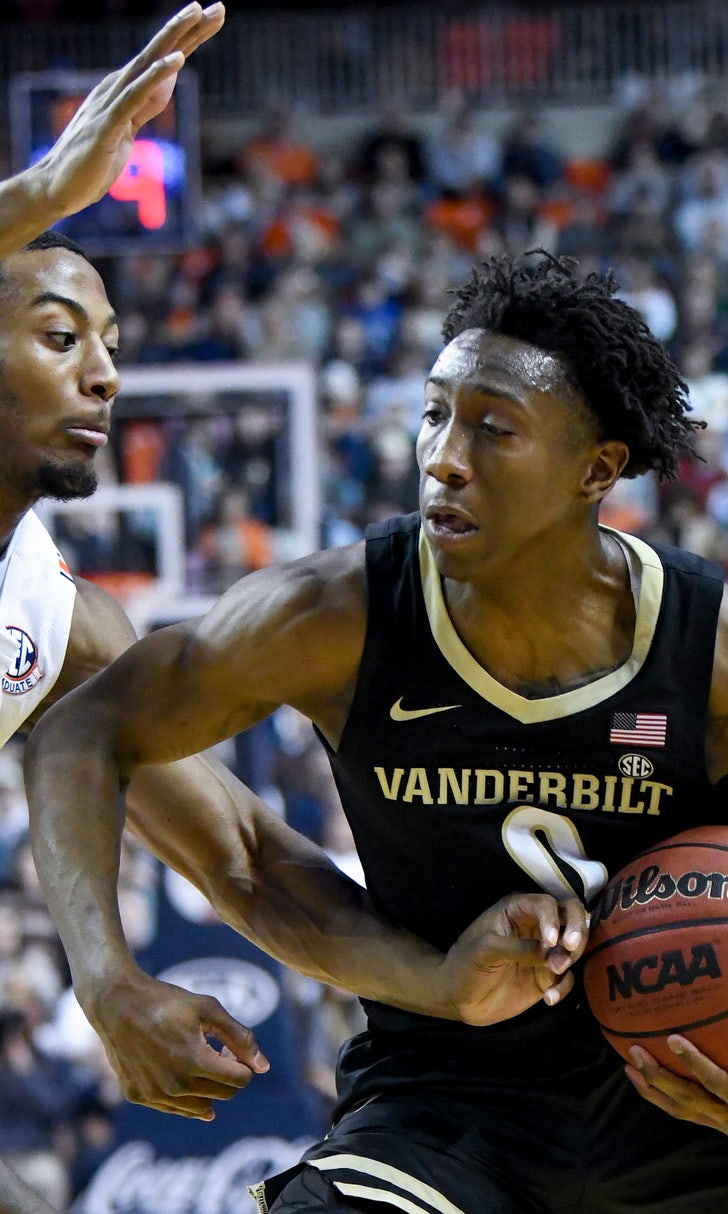 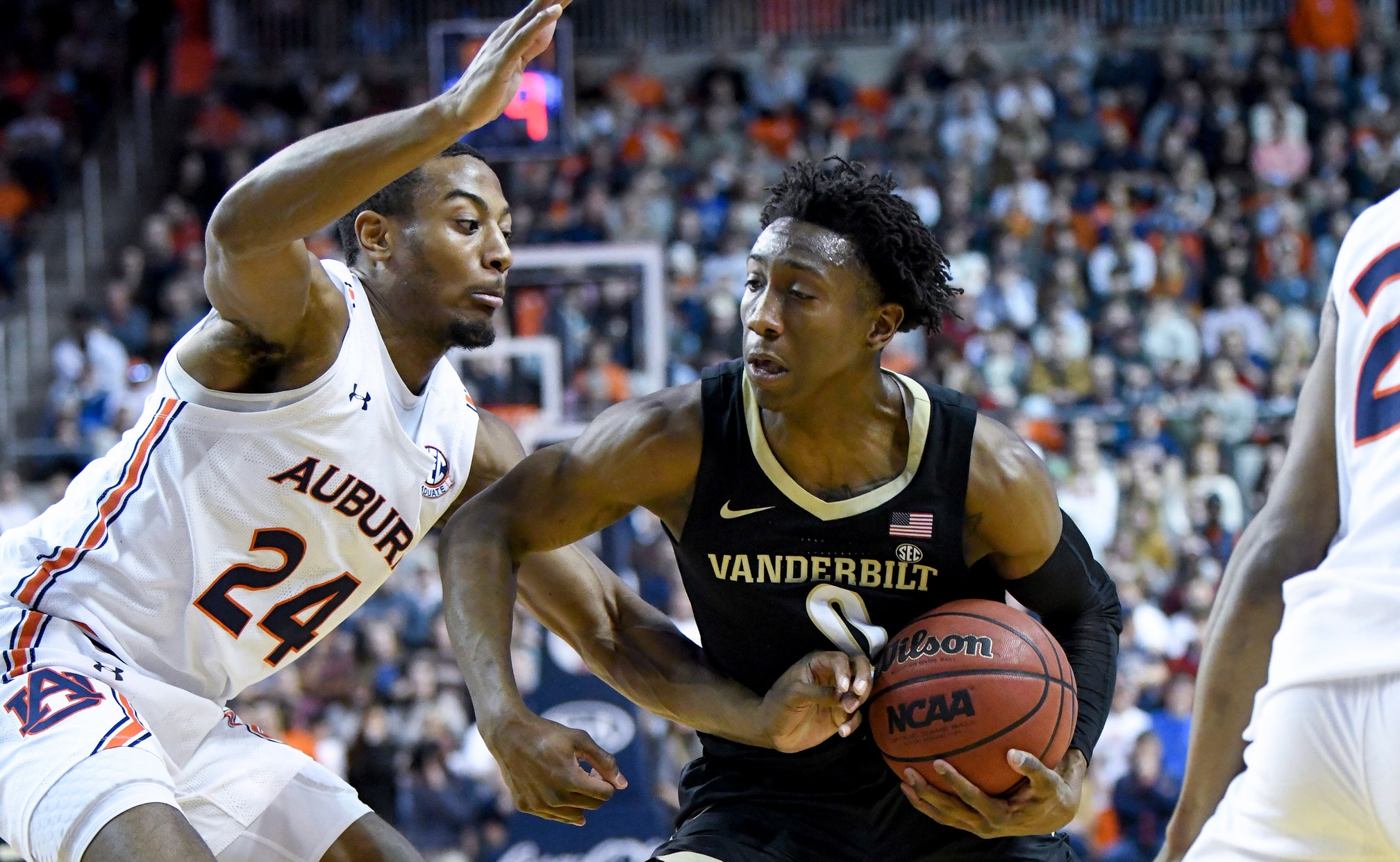 AUBURN, Ala. (AP) — Isaac Okoro blew by the defender and launched into the air for a one-handed dunk.

Okoro and No. 5 Auburn came back to earth after that high-flying second-half slam but still held on for an 83-79 victory Wednesday night over Vanderbilt to remain unbeaten.

The freshman Okoro scored 17 of his season-high 23 points in the first half and didn't put that dunk too high on his career list.

“I think I had better ones in high school," Okoro, who went by Vandy star Aaron Nesmith, said. “I’d probably give it a Top 10 somewhere."

Auburn and No. 7 San Diego State remain the nation's last unbeaten teams. This one didn't come easily at all.

“We hung in there, didn’t panic and made enough plays to finish the job," Tigers coach Bruce Pearl said.

Jordan Wright was fouled to prevent a breakaway basket and made both free throws to tie it for Vandy with 59 seconds remaining. The Commodores failed to win an SEC game last season but flirted with one in their league opener.

“I just thought that we weathered the storm," first-year Vandy coach Jerry Stackhouse said. “Whenever they did make their runs we found a way to make some stops and then our guys competed. We’ve got a lot of positives to take from tonight."

J'Von McCormick hit two foul shots on the other end and Ejike Obinna missed two shots inside. Okoro made 1 of 2 from the line with 29 seconds left, giving Vandy the ball three points down.

Danjel Purifoy stole the inbounds pass after a Commodores timeout and McCormick made 1 of 2 free throws with 14 seconds left.

“Once I got it, I just knew the game was over then," Purifoy said about the steal. “It was a great feeling."

Saben Lee scored a career-high 27 points for Vandy, making 10 of 14 shots and all three 3-point attempts.

Austin Wiley had 13 points and 12 rebounds for the Tigers. He made 9 of 10 free throws.

Anfernee McLemore got all 14 of his points before halftime and Purifoy had 12 in addition to the big steal. Okoro made 10 of 14 free throws.

Nesmith scored 18 points and made 4 of 5 3-pointers for the Commodores.

Nesmith, the SEC's leading scorer, was having an uncharacteristically quiet night until the final minutes. Then he hit back-to-back contested 3-pointers, drawing a foul on one, and Wright drove for a layup to pull Vandy to within 78-77 with 1:15 left.

“I thought he continued to work the game, didn’t press in the first half and once he got some opportunities in the second half he knocked them down," Stackhouse said.

Purifoy and Okoro both exploded for one-handed dunks as Auburn built its lead to 13 points midway through the second half.

McLemore and Okoro combined for 31 of Auburn's first 37 points.

Auburn: Rose to the Top 5 this week for the first time since Jan. 17, 2000, and fifth overall. With win No. 88, this senior class became the winningest in program history, breaking a 19-year-old record.

Auburn went to the foul line 38 times, making 28. The Commodores had Dylan Disu foul out and three other players finished with four fouls.