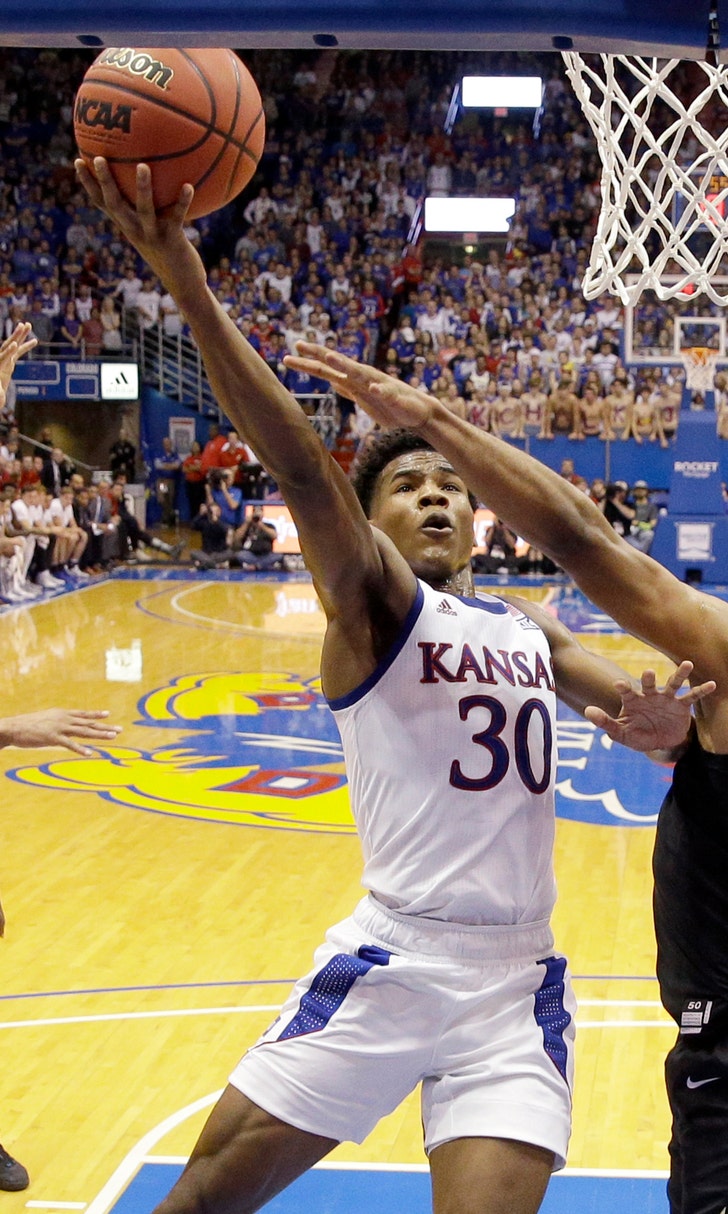 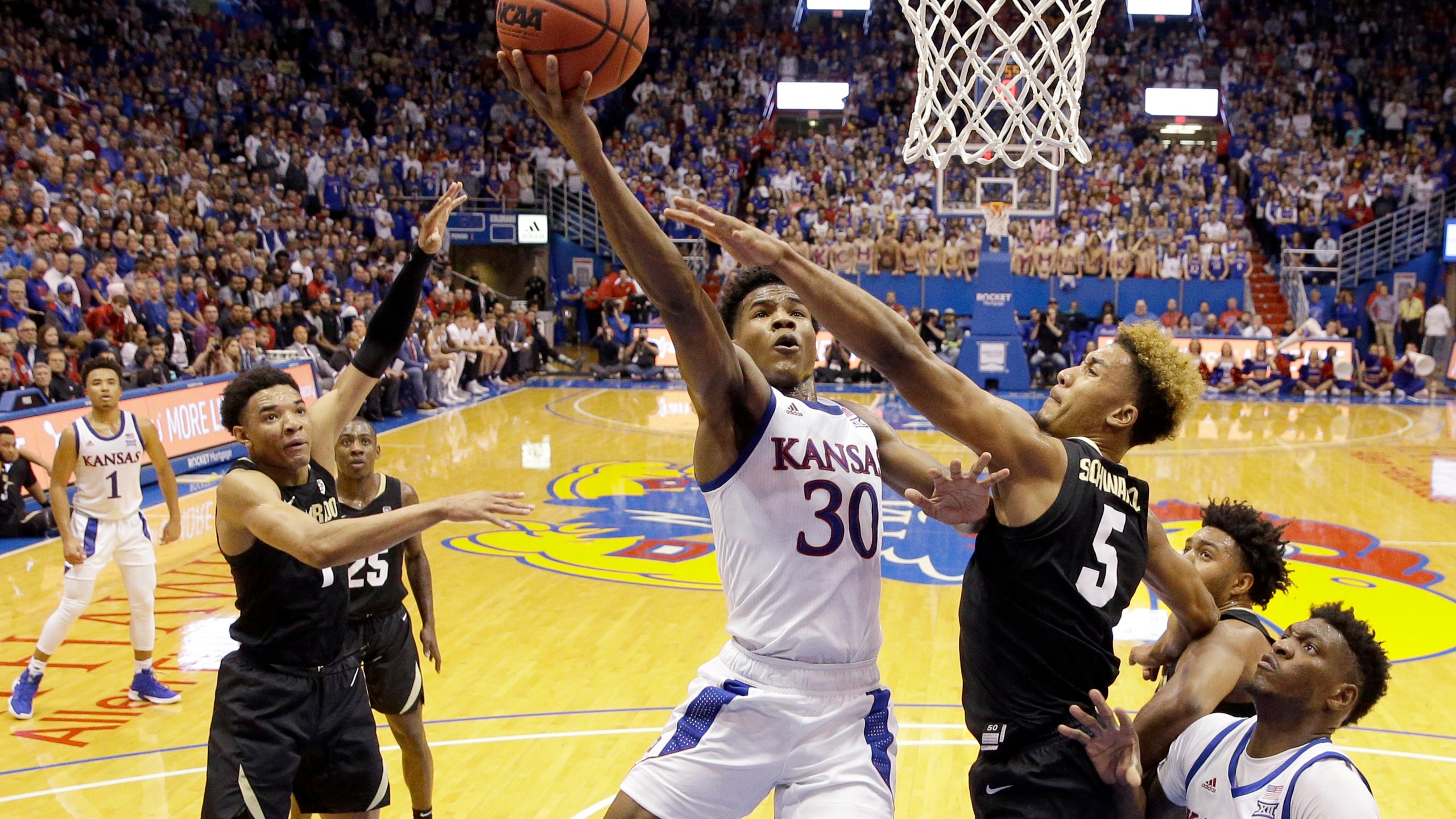 Ochai Agbaji scored 20 points and Devon Dotson added 18 points to lead No. 2 Kansas to a 72-58 victory over No. 20 Colorado on Saturday night.

“KU beat us tonight, I mean very soundly,” Boyle said. "People are going to see that score, but it really wasn’t even as close as the score indicated.”

“We got a lot of open looks that just didn’t fall for us tonight,” McKinley Wright said “I wouldn’t take back our game plan and what we did. I don’t think we did nothing necessarily wrong.”

With Bey and D'Shawn Schwartz quieted, Evan Battey lead the way for the Buffaloes, scoring 14 points on a 5-for-8 shooting.

Schwartz picked up a technical foul on a dunk that temporarily quieted the raucous Kansas crowd, and Agbaji knocked down four 3-point baskets in the second half to keep the Buffaloes at a distance.

“I thought Ochai was by far our best performer today," Kansas coach Bill Self said.

Colorado forced 21 Kansas turnovers, but the Jayhawks shot 52.9% to outlast the Buffaloes.

“If we got a shot we were fairly efficient but obviously we’ve got to be better caretakers of the ball to play really good offensively,” Self said.

Kansas: The size of the Jayhawks overpowered Colorado inside, especially with a two-big lineup, outscoring the Buffaloes 38-22 down low. The Jayhawks also found some late success from outside, shooting 85.7% from 3-point range in the second half after missing all six first-half attempts.

Colorado: With Bey contained by the swarming Kansas defense, the Buffaloes struggled to find any momentum offensively, turning the ball over 17 times and shooting 30% from the field.

Both Naismith and Wooden Award candidates, the matchup between McKinley Wright and Devon Dotson featured two of the most explosive point guards in the nation. Dotson boasted 18 points and six assists, while the Kansas defense limited Wright to eight points and two assists.

A close loss may have allowed the Buffaloes to maintain their No. 20 ranking, but the 14-point deficit will likely cause Colorado to slip in the polls. With No. 1 Louisville topping Pitt 64-46, the No. 2-ranked Jayhawks will likely hold their position in the rankings.

A crowded pack
Huge wins by Baylor and Illinois on Super Tuesday proved they might be up to the task of knocking off No. 1 Gonzaga in March.
3 days ago

Strength In Numbers
As the calendar approaches March, the Big 12 is challenging the Big Ten for the title of best conference in the country.
February 20
those were the latest stories
Want to see more?
View All Stories
Fox Sports™ and © 2021 Fox Media LLC and Fox Sports Interactive Media, LLC. All rights reserved. Use of this website (including any and all parts and components) constitutes your acceptance of these Terms of Use and Updated Privacy Policy. Advertising Choices. Do Not Sell my Personal Info