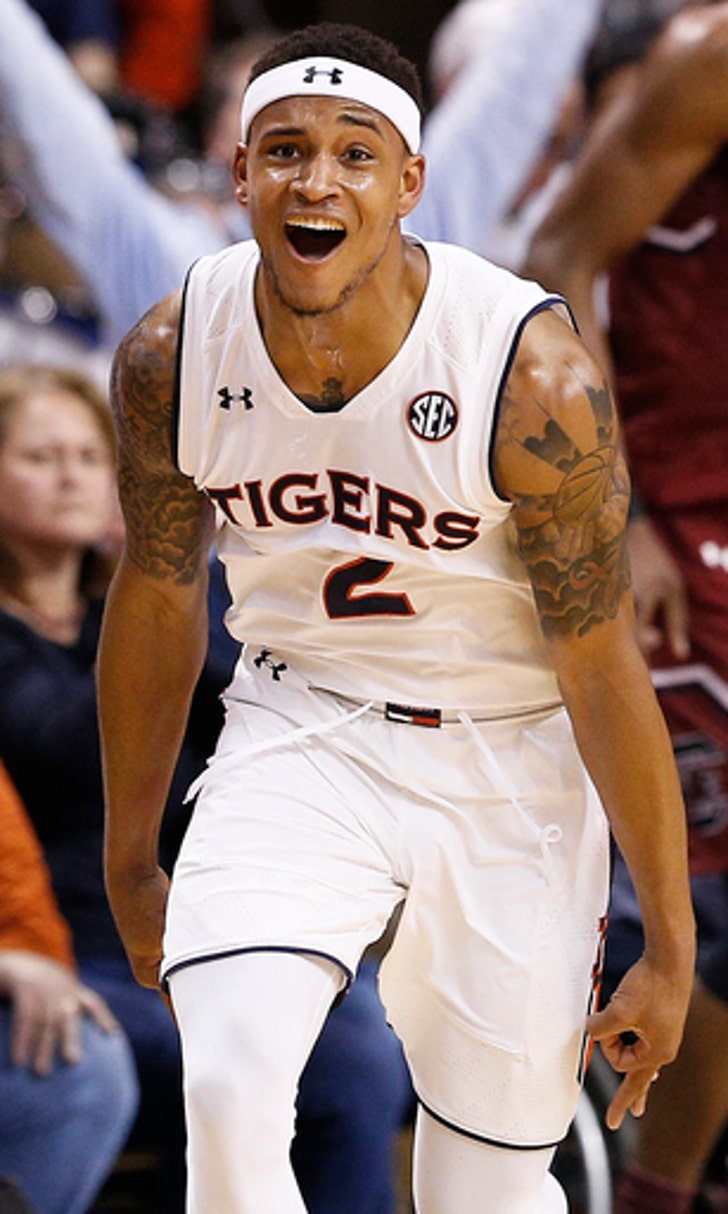 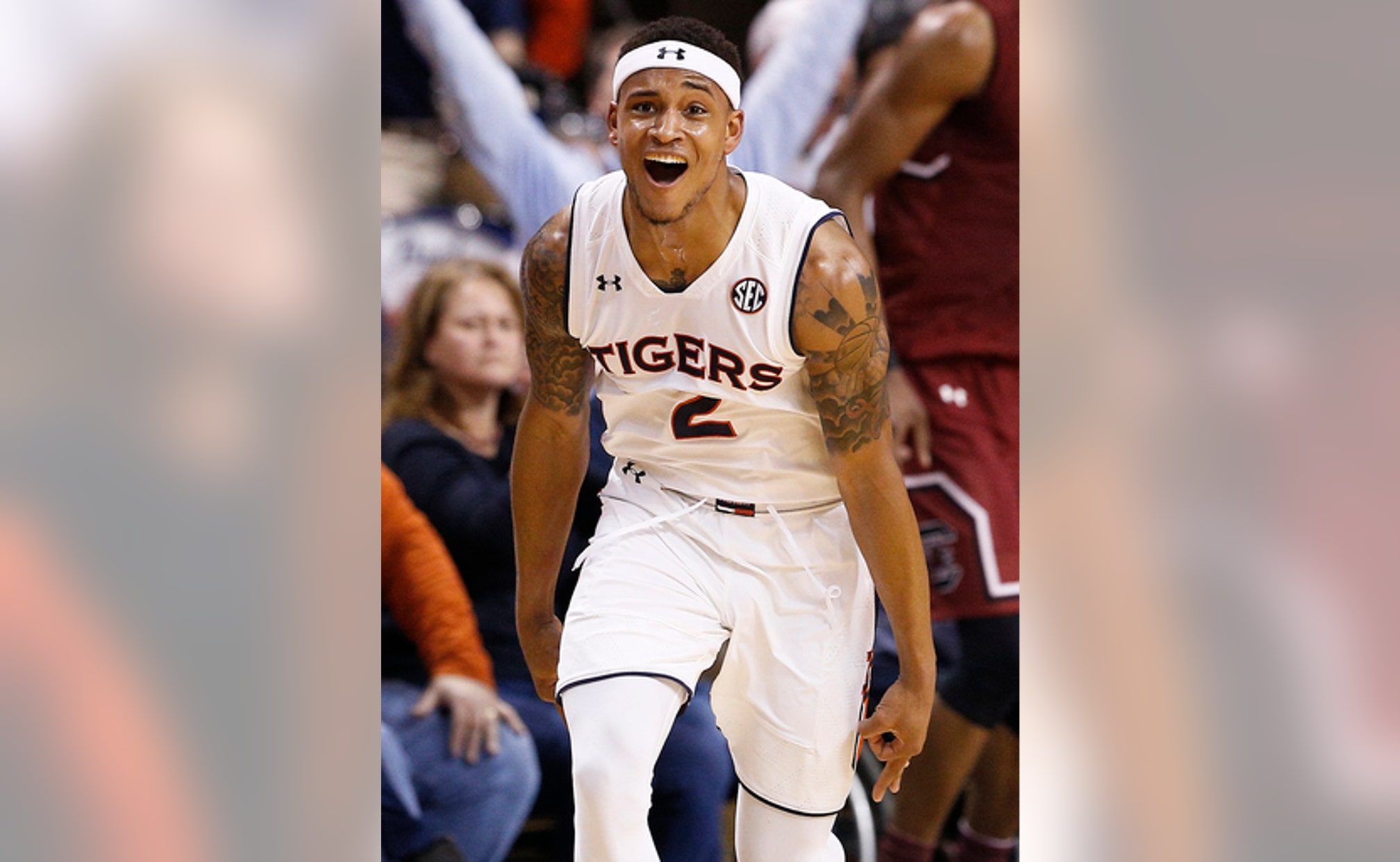 AUBURN, Ala. (AP) Confetti and Bryce Brown 3-pointers rained down at Auburn Arena.

Brown scored 29 points, making eight 3-pointers, and No. 14 Auburn claimed a share of the Southeastern Conference title with a 79-70 comeback victory over South Carolina on Saturday.

The Tigers (25-6, 13-5) earned the top seed in next week's SEC tournament with their first regular season title since 1999 and third overall. Auburn and No. 16 Tennessee share the title after the Volunteers beat Georgia 66-61, but Auburn won the head-to-head tiebreaker.

''It's unreal. It's unbelievable, knowing where the program came from,'' Brown said. ''When I signed here, of course our goal was to win a championship. But I don't know if I really, truly felt like we were going to be able to. Three years later, here it goes.''

Auburn celebrated a rare title for a long-struggling program that's also poised to end a 15-year NCAA Tournament drought. Afterward, confetti showered the team as they donned SEC championship T-shirts on the court after reaching the second-most wins for Auburn behind that 1998-99 team.

It's a rare chance for the Tigers to cut down the nets and some fans celebrated with the traditional rolling of Toomer's Corner. They topped the league standings wire to wire despite the firing of associate head coach Chuck Person as result of a federal investigation that also sidelined players Austin Wiley and Danjel Purifoy.

Center Anfernee McLemore was then lost for the season with an ankle injury.

''Having gone through some of the adversity during the course of the season did not sidetrack us,'' Auburn coach Bruce Pearl said. ''Nobody made excuses for being short-handed.

''The guys wanted to make history. They truly, truly did.''

Brown led a comeback after Auburn trailed by 14 points midway through the first half, busted out of a shooting slump in a big way. He made 8 of 12 3-pointers after going 7 for 39 over the previous four games while nursing foot and shoulder injuries.

Jared Harper finished with 18 points and eight assists. Mustapha Heron scored 12 points and made all 10 free throw attempts. His only basket was a breakaway dunk in the final minute that brought a roar from the crowd. Horace Spencer added 11 points.

Chris Silva finished with 19 points and 11 rebounds before fouling out with 3:38 left. He was 8-of-10 shooting but also committed eight turnovers.

Auburn stormed back from a 14-point deficit midway through the first half. Brown scored 15 points and made four 3-pointers over the final 6:14.

Booker hit a long 3-pointer from the top of the key that rolled around the rim before going in with five seconds left to give the Gamecocks a 37-35 halftime lead.

Martin said the Tigers have created ''as good a home court environment as I've ever been in.''

''They're the talk of the league right now, how good this is right now and how hard it is to win in this building,'' he said.

Auburn: Fought back after missing its first eight 3-pointers and starting 2 of 15 from the floor. Showed plenty of resilience after back to back road losses.

Pearl joins Eddie Fogler as the only coach to win regular season SEC titles at different schools. Volger won with Vanderbilt in 1993 and South Carolina in 1997.

The regular-season finale got off to a rough start for Pearl, who drew a technical foul less than two minutes into the game protesting a foul call. ''It's definitely the quickest I've ever gotten one,'' he said.

Both teams are set to play in the SEC tournament in St. Louis.