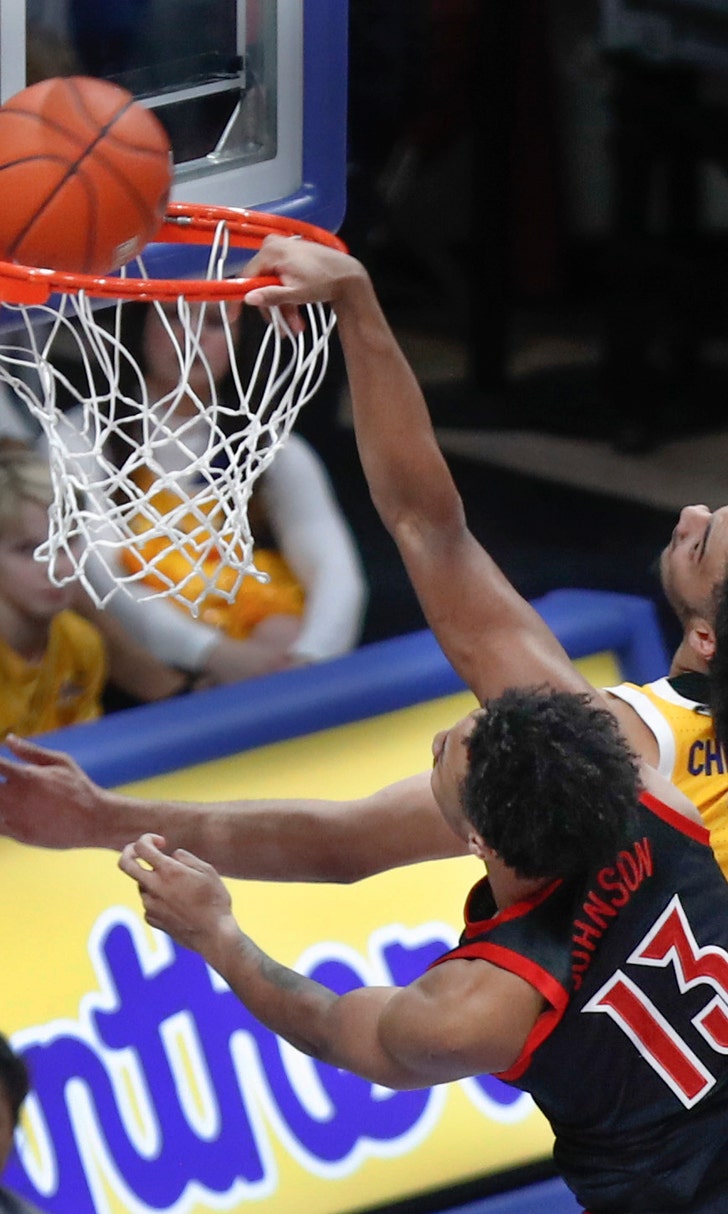 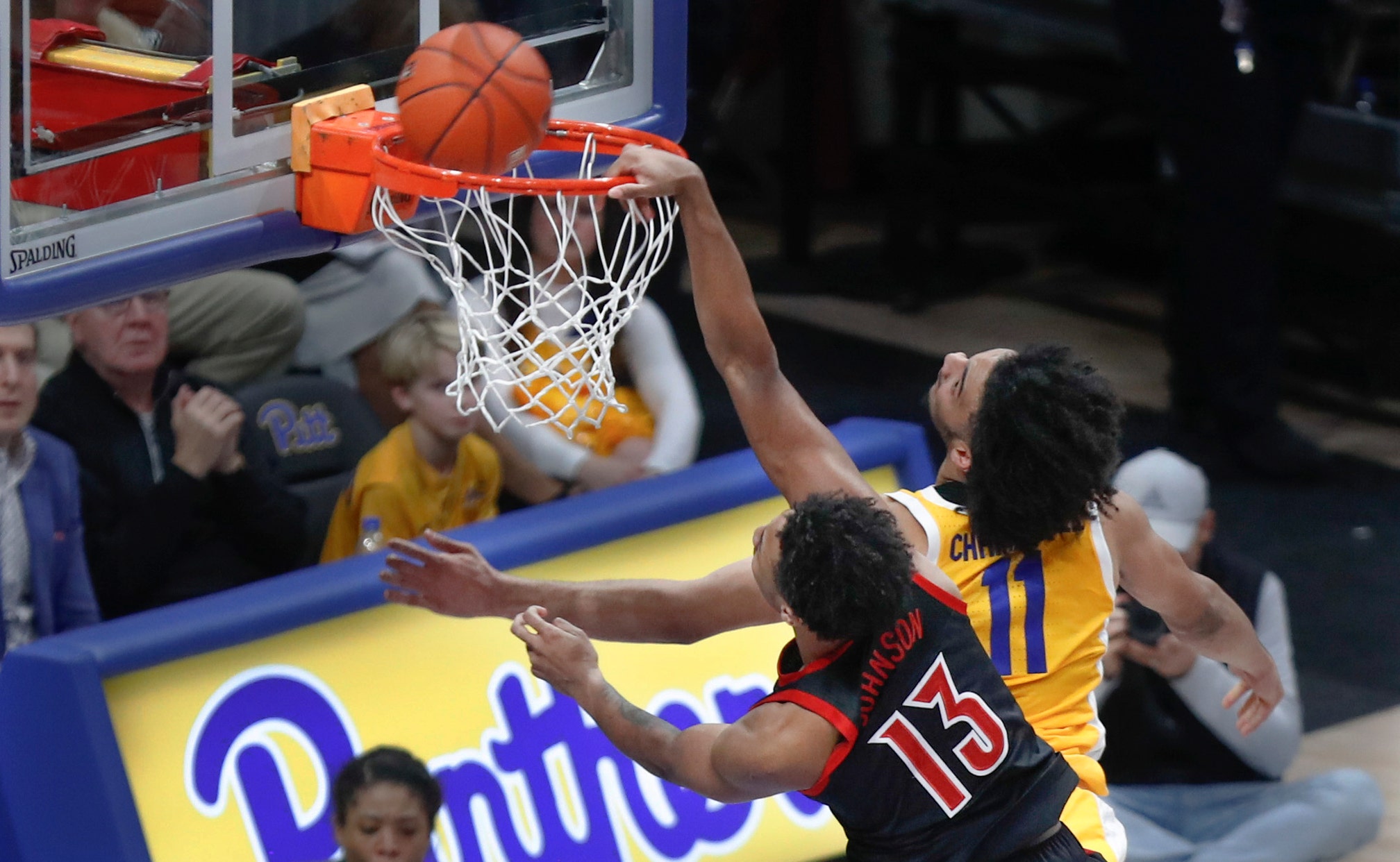 PITTSBURGH (AP) — With 21 seconds left in overtime and Pittsburgh trailing by two, Panthers guard Trey McGowens put his head down and drove to the rim as he had so often as Pitt put a scare into No. 11 Louisville on Tuesday night.

His layup bounced off the rim to the hand of Panthers forward Terrell Brown, who swatted it back toward and into the cylinder, seemingly tying the game.

Then referee Mike Stephens blew his whistle, calling a foul on Brown for being over the back of Louisville’s Malik Williams.

The home crowd at Petersen Events Center's cheers turned quickly into boos and Pitt head coach Jeff Capel pounded his fist into the scorer’s table as Pitt’s upset bid ran out of gas.

Williams sunk both free throws to preserve a 73-68 victory for the visiting Cardinals.

“That was crazy,” Louisville forward Dwayne Sutton said. “I’ve never seen anything like that. I’m just glad Malik boxed out and got the over-the-back call.”

The Panthers had less to say.

“Next question, please,” was the only response McGowens gave.

“I’m not commenting on any call, anything that an official made,” Capel said. “I can’t. I don’t want to lose money.”

Pitt got the game to that point with a hot start on offense and by limiting Louisville star Jordan Nwora. Nwora still led the Cardinals with 14 points, but that represented his second-smallest scoring output of the season.

Instead, Sutton, who finished with 13 points and nine rebounds, and David Johnson, who scored 11, picked up the slack for Louisville.

“Some nights, Jordan’s not going to have 20 points,” Sutton said. “I think it’s important for us other players to fill the void for that. …David came in as a freshman and made huge plays.”

Pitt led for over 33 minutes, but never by more than nine points. The entire second half was a back and forth affair, with the Cardinals gradually closing the gap. Louisville tied the game at 61 with under a minute remaining on a Johnson free throw.

“We fought against one of the better teams in the country, had a chance to win in regulation and put our self in a position to have a chance in overtime,” Capel said. “Unfortunately, we came up short.”

McGowens led an unexpected offensive charge from Pitt, which shot 48% from the floor in the first half. He finished 8 of 22 for 24 points. Xavier Johnson added 11 points and five assists.

Louisville: Though a foul against Pitt secured the Louisville win, it was the Panthers making ruts to the free-throw line that kept the game close. Unable to maintain their hot start shooting against Louisville’s strong defense, the Panthers were able to make 26 trips to the free-throw line, with 22 coming in the second half and overtime. The Cardinals are now 2-2 this season when allowing 20 or more opponent free-throw attempts.

“It gives you an eerie feeling when they’re in the bonus with 14 minutes left in the second half,” head coach Chris Mack said. “The physicality was a little different in the first four or five minutes of the second half. That’s how the officials called it and we have to adjust."

Pitt: The Panthers' roller-coaster season continues. They hold wins over top opponents like Florida State, North Carolina and Rutgers and have losses to Nicholls State and Wake Forest. After a sloppy loss to Miami on Sunday, Pitt turned around quickly to turn in a solid performance against the No. 11 Cardinals on Tuesday. Developing consistency will be a key for the Panthers moving forward.

“It's just putting it in the past, forgetting about it and moving on,” McGowens said.

Louisville: Continues a season-long three game road swing with a trip to No. 3 Duke on Saturday. Duke lost at unranked Clemson on Tuesday.