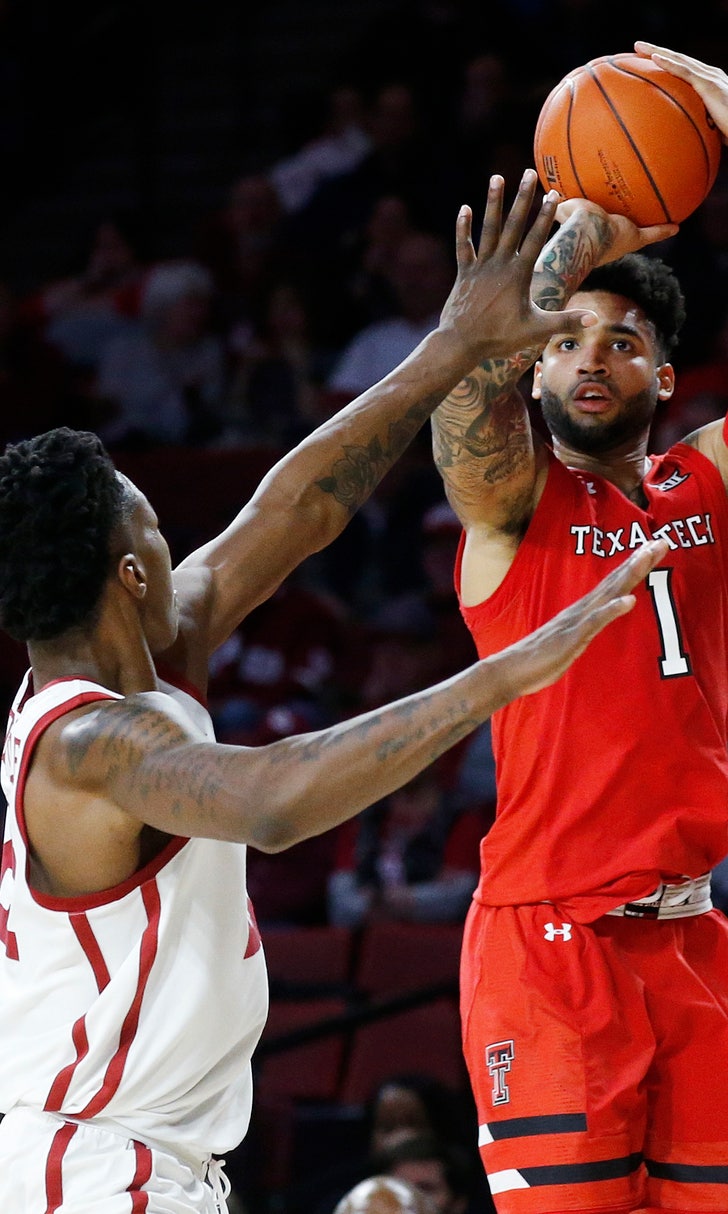 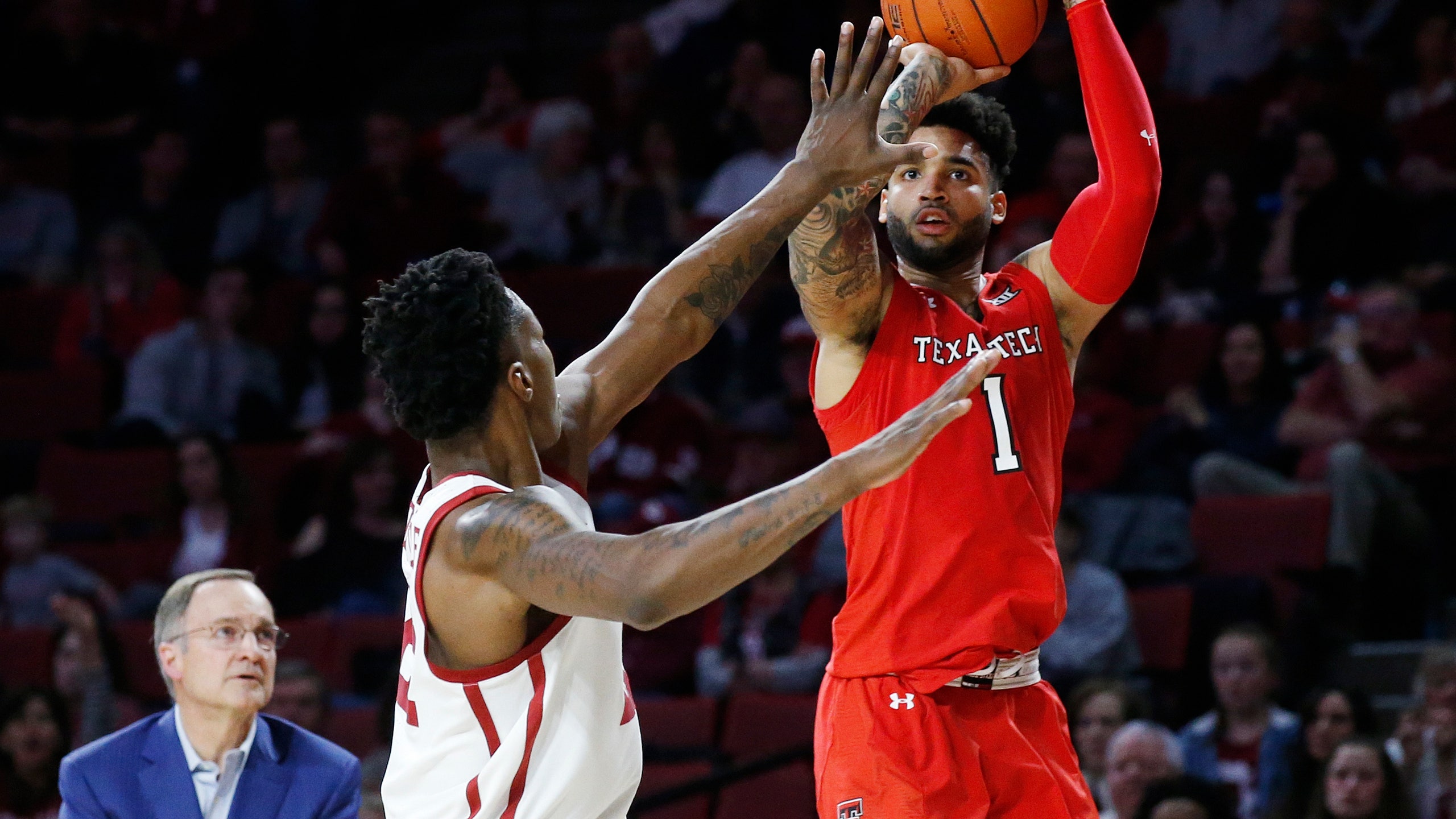 Davide Moretti scored 14 points to help the 18th-ranked Red Raiders roll past Oklahoma 66-54 on Saturday for their fourth victory in five games.

Jarrett Culver had 13 points and Matt Mooney and Brandone Francis each added 11 for the Red Raiders (19-5, 7-4 Big 12), who stayed within striking range of conference leader Kansas State.

Rashard Odomes scored 14 points and Brady Manek had 11 points and 11 rebounds for Oklahoma (15-9, 3-8), which lost its fourth straight and was held to 36 percent shooting.

"We just have to find a way to get back to what was leading us to success, whatever that means we have to do," Oklahoma forward Kristian Doolittle said. "But until then, the same thing is going to keep happening. If we don't play hard we're going to lose because everybody in the Big 12 is physical and they take pride in doing the right thing and all the little things as well."

Christian James, Oklahoma's leader with just under 16 points per game for the season, finished with 11 on 4-for-14 shooting.

Oklahoma made a surge late in the first half to cut Tech's lead to nine, but Norense Odiase's putback at the halftime buzzer put the Red Raiders up 35-24 at the break. Tech made 7 of 15 3-pointers in the first half.

The Red Raiders opened the second half on a 9-2 run, but the Sooners fought back with an 11-0 surge to cut their deficit to 49-37. Texas Tech re-established control for good with a 15-4 run.

"It was a game in which Tech contained us from the start," Kruger said. "They did a great job out of the gate. We didn't. I thought their defense frustrated us a bit. We made a brief run there in the second half, but we have to play like that for 40 minutes. We haven't done that for a while."

Texas Tech had a solid week, with this victory following a 31-point home win over West Virginia on Monday. The Red Raiders have a chance to move up in the rankings.

Texas Tech: The Red Raiders got a valuable road win against a Sooners team that has had good moments. If they can beat Oklahoma State on Wednesday, they'll take even more momentum into next Saturday's game against a Baylor squad that has been hovering near the top of the conference standings.

Oklahoma: The Sooners collapsed late last season, and it looks like the same is happening this year. Last season, the defense fell apart. This year, it's the offense.

Oklahoma center Jamuni McNeace sat out again with a lingering ankle injury. McNeace is perhaps the most athletic player on the roster, and he is a disruptive defensive player. Kruger said he won't play Monday against Baylor.

"He hasn't been able to be very productive the way it is, so we're going to try and get him some complete rest for a few days," Kruger said.

Texas Tech's bigs didn't score much, but they did plenty of damage. Forward Tariq Owens scored just two points, but he had six rebounds and four blocks. Odiase scored two points but had 11 rebounds and two blocks.

Oklahoma plays at Baylor on Monday.