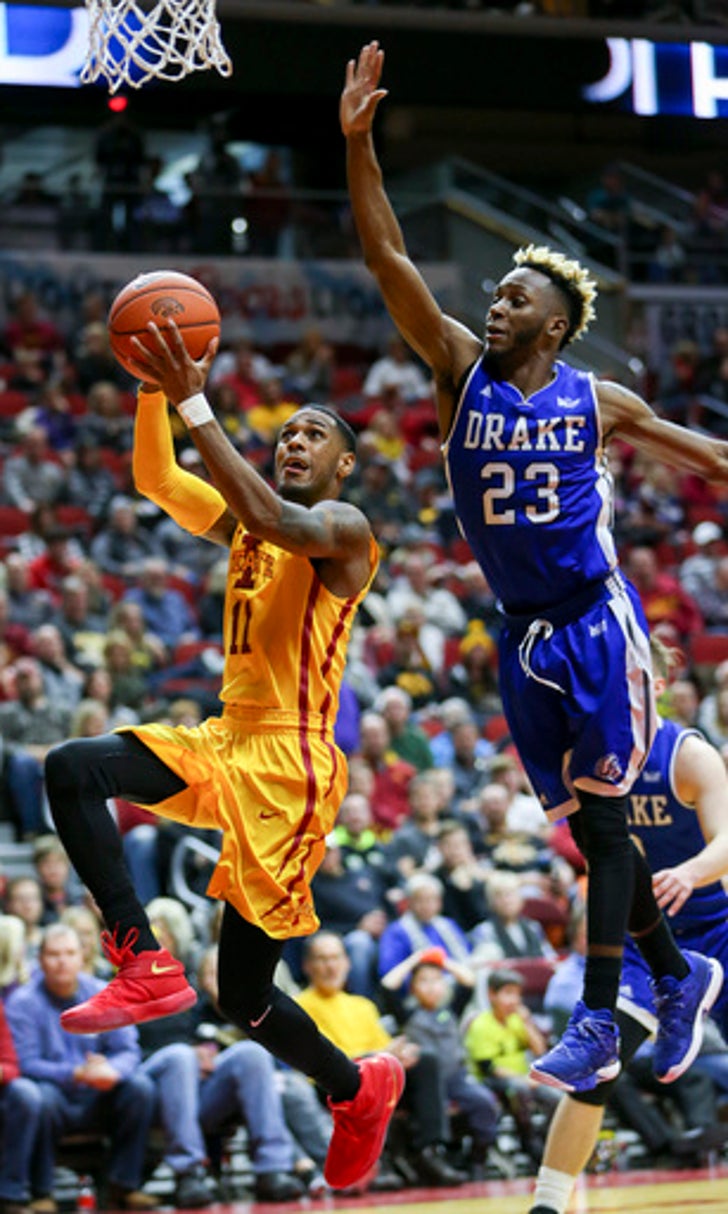 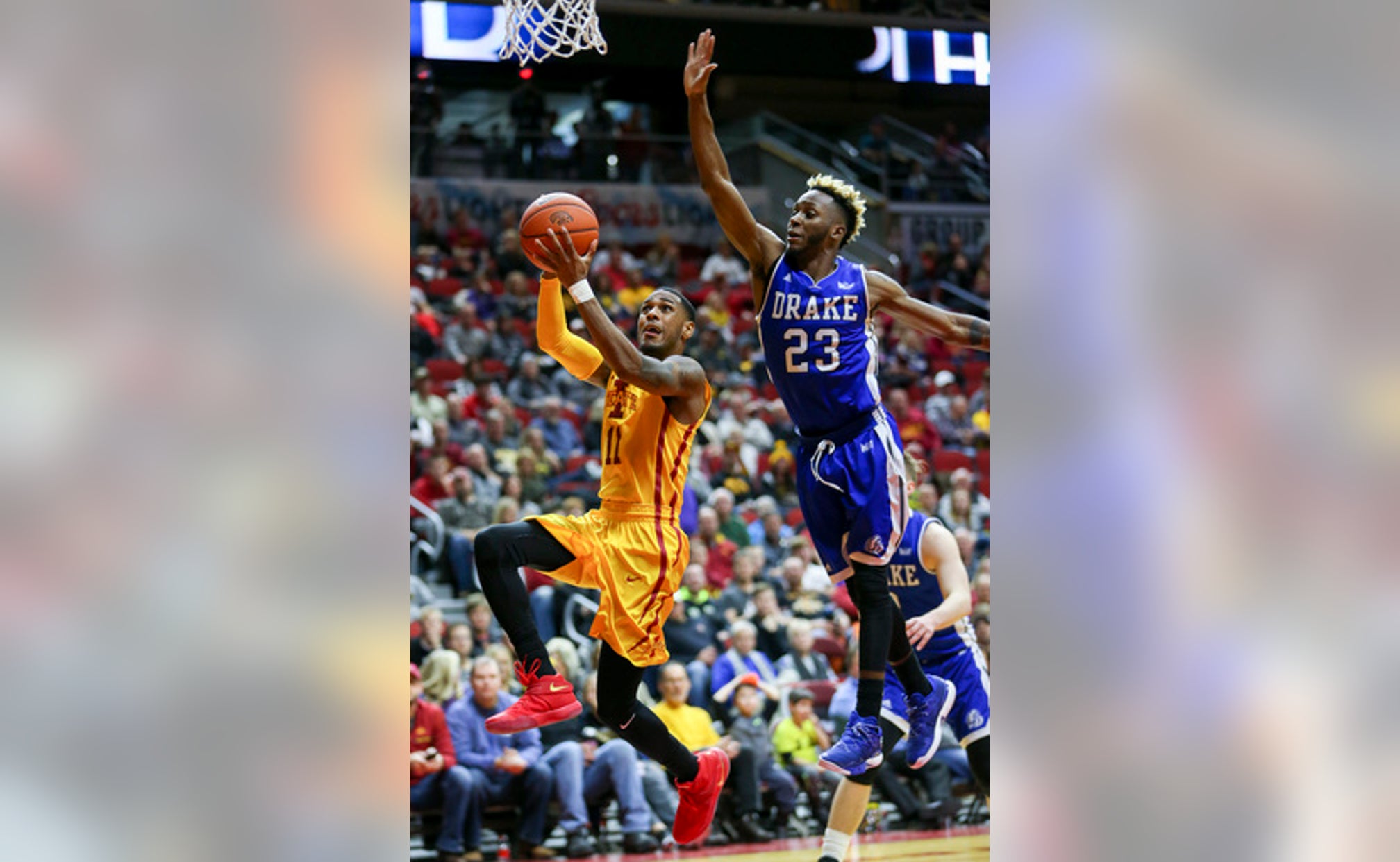 DES MOINES, Iowa (AP) �� Iowa State's Naz Mitrou-Long broke out of a season-long slump with the best game of his career.

The Cyclones needed nearly all of his 37 points to hold off and eventually overwhelm woeful Drake.

Mitrou-Long shattered his career high and Iowa State held off Drake 97-80 on Saturday night, its seventh win in its last nine tries against in-state opponents.

Monte Morris had 20 points for the Cyclones (7-3), who finished with a 21-4 run to put away a game that was much tighter than most expected.

"We worked on offense all week. But then I thought we regressed on defense. Too many easy baskets, too many paint touches. If we get them all put together, I think we've got a chance," Iowa State coach Steve Prohm said.

Mitrou-Long drilled a 3 to make it 85-78 with 3:25 left, and his corner 3 two minutes later allowed the Cyclone-heavy crowd to finally exhale.

Mitrou-Long, who shot just 39 percent in Iowa State's first nine games, was 14 of 18 from the floor and 8 of 12 on 3s. He also had six rebounds, five assists and just one turnover.

"Coach (Prohm) said 'You've just got to trust the process,'" Mitrou-Long said. "Some days I'm going to make shots, some days I'm not. We put in enough work to where we just got to keep believing it."

Billy Wampler scored 23 points for Drake (1-9), which remains winless against Division 1 opposition. But the Bulldogs were within a possession of the Cyclones for much of the second half.

Iowa State: Deonte Burton (13.7 points, 7.7 rebounds a game entering play) remains a vital but wildly inconsistent player. Burton missed all seven of his first-half shots, and most of them were makeable. If the Cyclones are going to compete in the Big 12, Burton - who finished with seven points and 10 rebounds - will have to be more reliable. Iowa State was lucky that Mitrou-Long was there to bail it out.

Drake: The Bulldogs have had such a rough season that simply putting forth a good effort in a showcase game like this was enough. Drake played like a team desperate to redeem itself after coach Ray Giacoletti resigned two weeks ago.

Drake was still within five with 3:23 left when Mitrou-Long hit a 3. Morris followed with a pair of free throws and a 3-point play, and Mitrou-Long's final 3 finished off the Bulldogs. The Cyclones allowed just one bucket in the final 3:39.

Mitrou-Long's previous high for points in a game was 26, which he did twice. He also beat Oklahoma State twice with back-breaking 3s. But the senior who missed much of last season with hip injuries finally played a complete game - and put a team on the verge of falling apart on his shoulders until it could figure out how to start playing like it's capable of.

If Drake can play with the fire and determination it displayed against Iowa State in the Missouri Valley, it might keep itself out of the league basement. The Bulldogs have rallied around interim coach Jeff Rutter, who is two games into a season-long audition for a permanent position. "We made a lot of really good plays and good reads. It just got away," Rutter said. "For 35 minutes, we went toe-to-toe."

Iowa State hosts Mississippi Valley State on Tuesday in its final Big 12 tune up. Anything less than a blowout win likely won't be enough for a fan base that has seen the Cyclones win just two of their last five games.