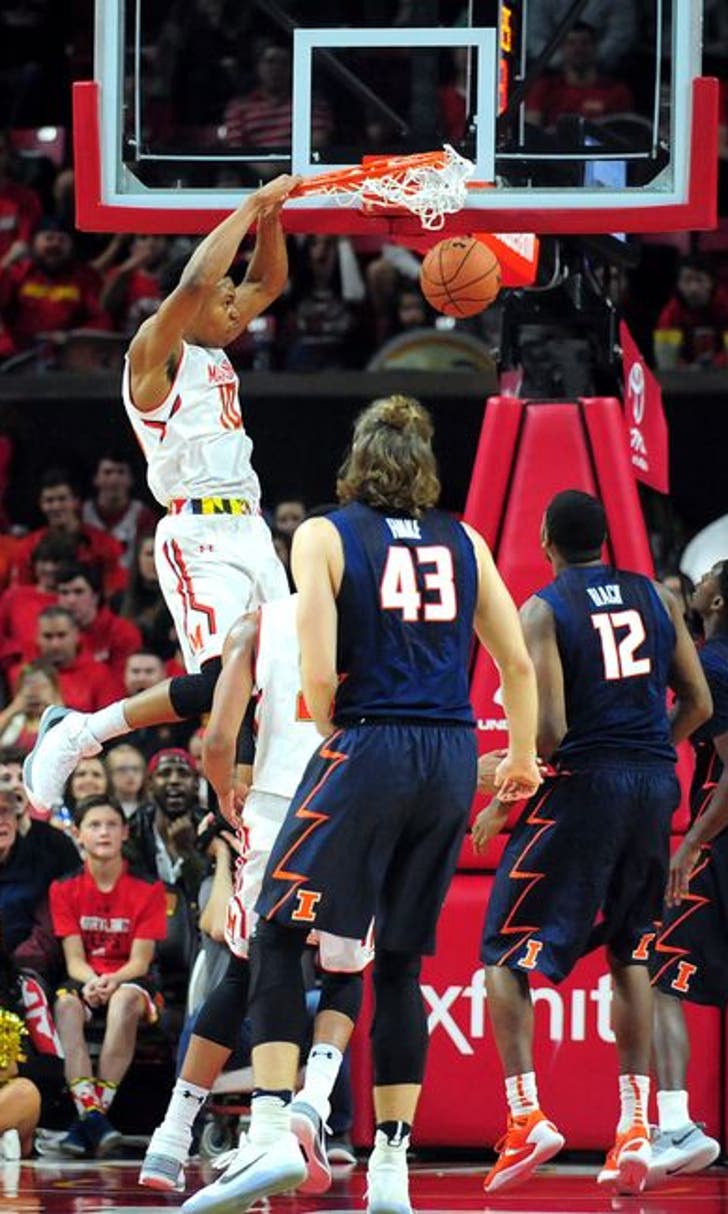 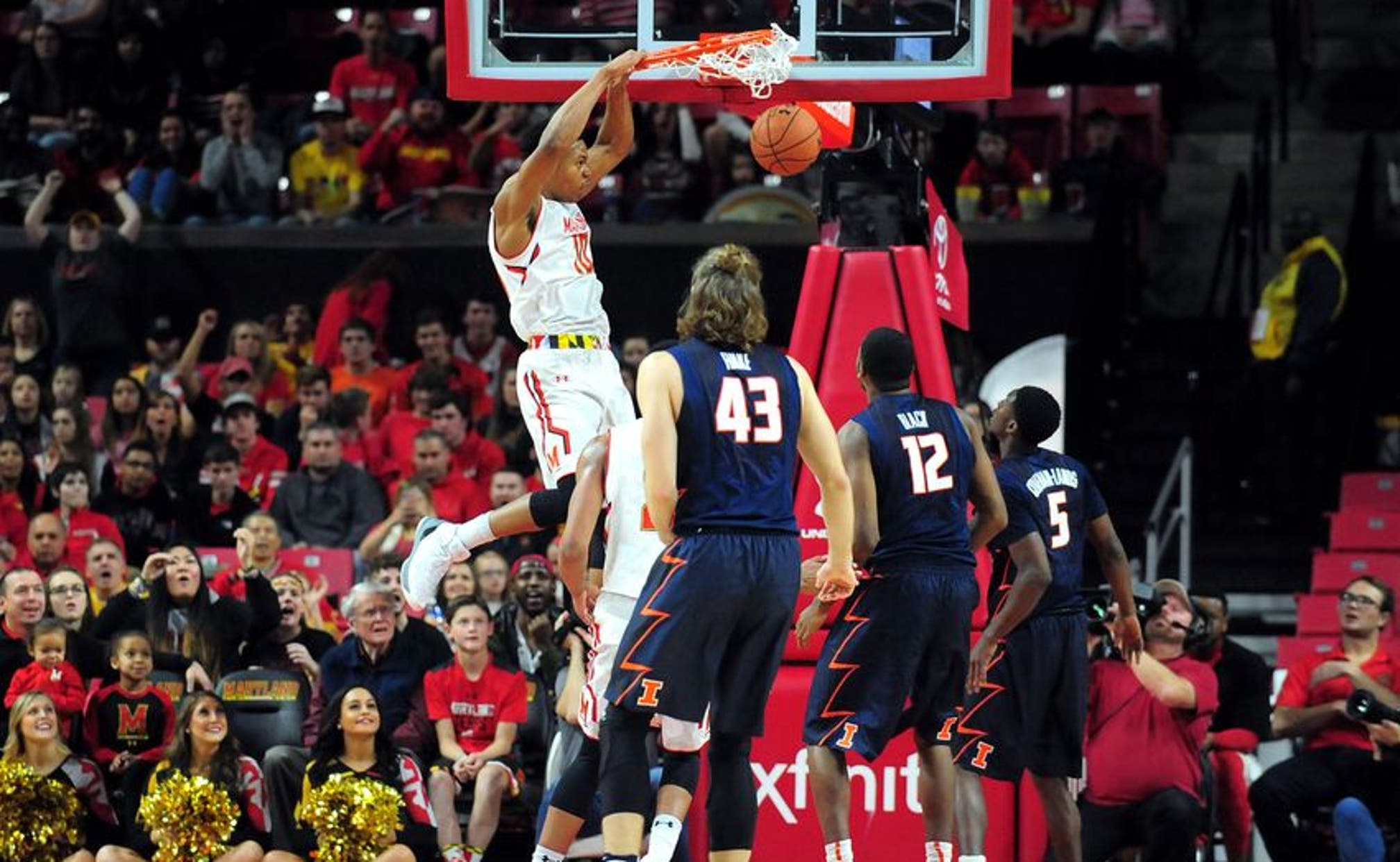 BY Fansided and Chris Bengel/FanSided via Terrapin Station • December 27, 2016
share

With Illinois coming to College Park on Tuesday evening, the Terrapins did just that as they topped the Fighting Illini 84-58.

The Terps were very efficient from an offensive standpoint throughout the game. Maryland connected on 55.9 percent of their shots from the field.

Maryland got off to a good start in the first eight minutes. The Terps went on a 13-1 run after the game was tied at four at the Under 16 media timeout.

The run was highlighted by a three-pointer from Dion Wiley and a beautiful pass by Anthony Cowan that resulted in an Ivan Bender layup.

With 7:34 left in the first half, Justin Jackson passed up a three only to put the ball on the floor and convert a left-handed shot in the lane. Jackson’s make gave the Terps a 27-10 lead.

Maryland had a great deal of success inside throughout the first half. The Terps scored 26 points in the paint over the first 20 minutes.

Despite not having Michal Cekovsky or Damonte Dodd, the Terps got tremendous production from forward L.G. Gill.

Gill added four points, six rebounds, and an emphatic block off the bench. He was able to get free inside for a huge dunk that was made possible due to the great vision from Cowan.

Despite only making three of their 12 three-point attempts, Maryland still shot 54.8 percent from the floor in the opening half and took a 39-23 lead into halftime. Guard Jaylen Brantley connected on a shot from beyond the arc right before the first half buzzer sounded.

Defensively, the Terps held Illinois to just a 26.7 percent clip from the field. It was the Fighting Illini’s lowest scoring first half of the season.

Not much changed in the second half.

Maryland went on a 14-0 run over a 4:13 stretch of the second half to extend their lead to 61-33. Trimble had five points during that outburst.

Maryland returns to the hardwood on Sunday afternoon when they host Nebraska for a noon tip.