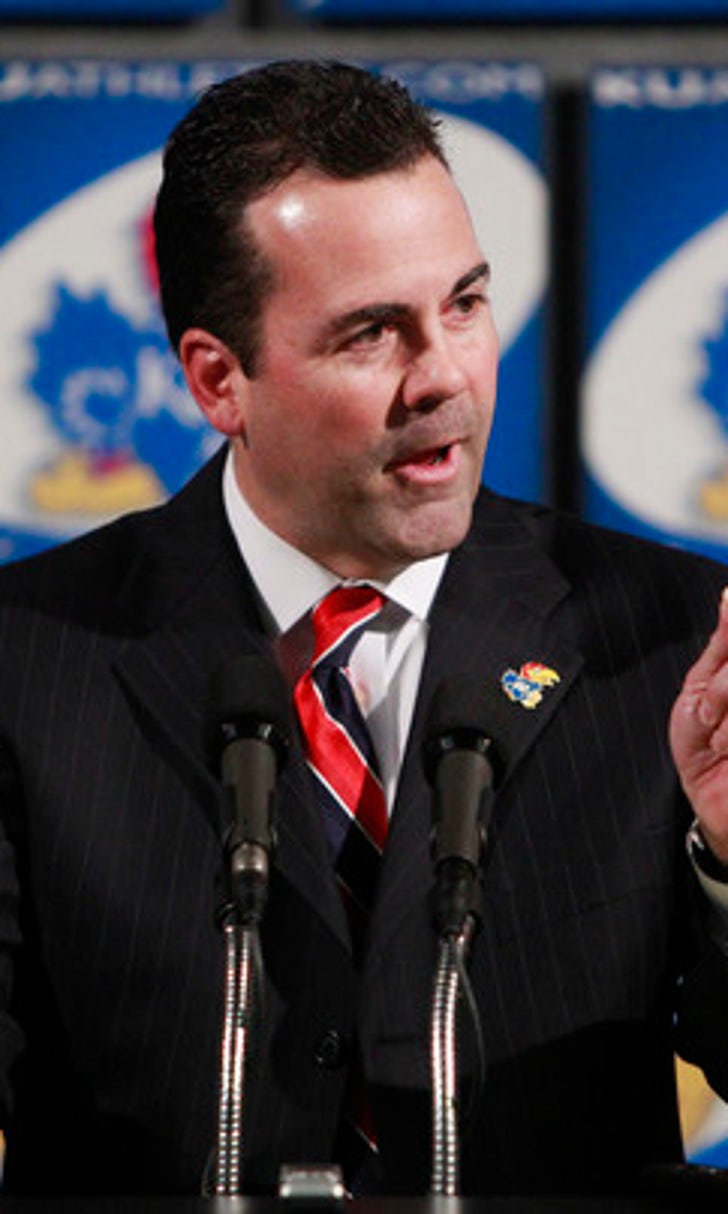 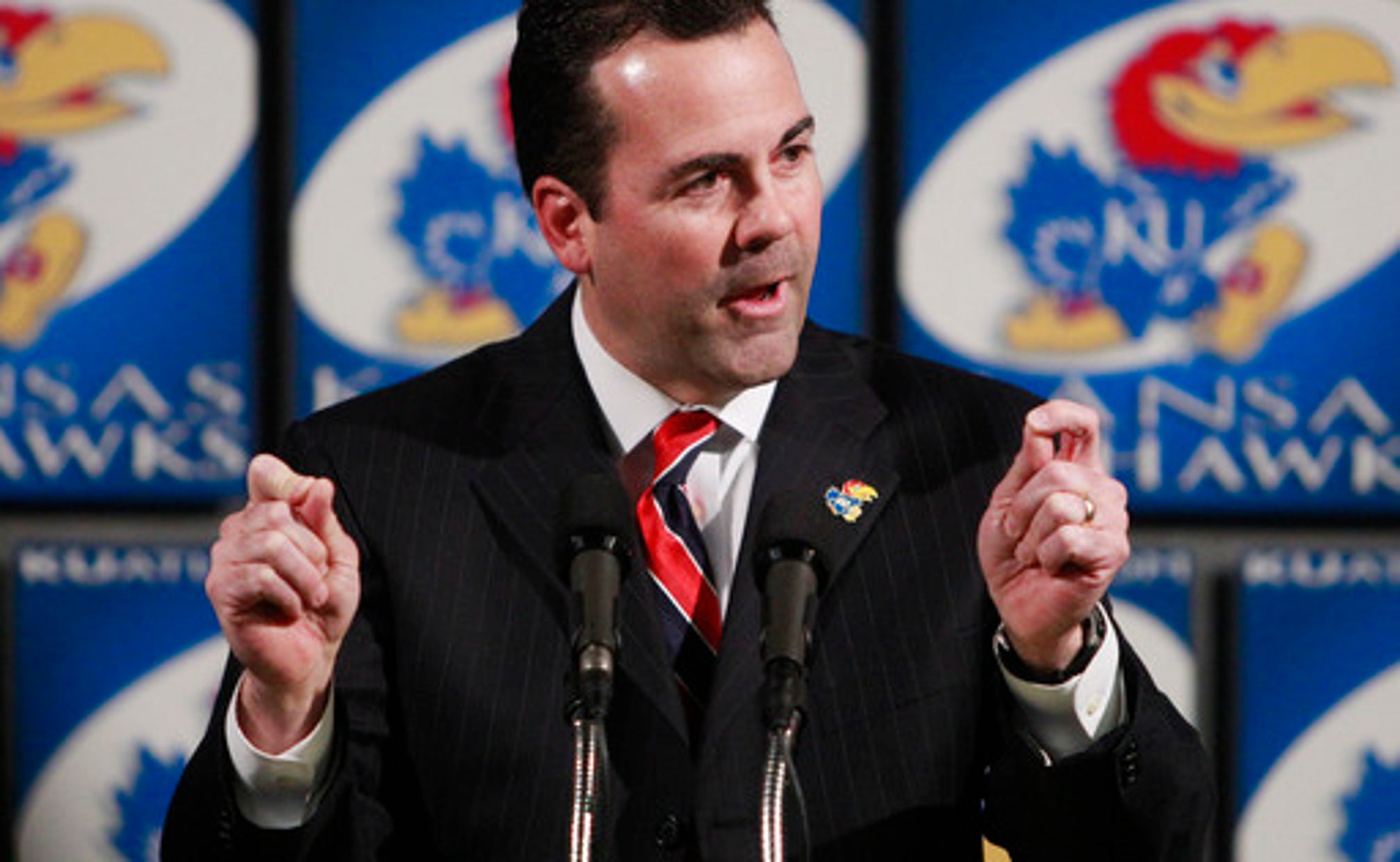 LAWRENCE, Kan. (AP) Sheahon Zenger brought an impeccable reputation to Kansas, where he was tasked with solidifying an athletic department in turmoil, resurrecting the football program and keeping basketball at the forefront.

He failed in everything but keeping hoops on top. So it came as little surprise Monday when Chancellor Douglas Girod, despite having given Zenger a vote of confidence just last fall, announced that he had been fired after seven years in charge.

''Sheahon has been a loyal Jayhawk, and Kansas athletics has improved in many ways,'' Girod said in a statement. ''But the department continues to face a number of challenges and progress in key areas has been elusive. To achieve the level of success we need and expect a change in leadership is necessary.''

Zenger was terminated without cause, meaning the school will pay him roughly $1.5 million in salary and benefits for the two years remaining on his contract.

Deputy director Sean Lester will serve as the interim athletic director, and Girod said he had enlisted Drue Jennings - who served as interim AD in 2003 - and Jed Hughes of the executive search firm Korn Ferry to help identify the next full-time athletic director.

Whoever is chosen will have their hands full.

Zenger was hired from Illinois State to fix an athletic department that was still reeling from the firing of football coach Mark Mangino and an embarrassing ticket scalping scandal. And while he succeeded in bringing steady leadership, the school's athletic department was once more dragged through the mud when it was recently identified in the recent FBI investigation into college basketball.

The school has claimed it is a victim in the scandal, and nobody from Kansas has been implicated. But as the school continues to finalize the details of a massive $191 million contract with longtime apparel partner Adidas, the probe has nevertheless cast a shadow over a program that reached two Final Fours and kept its Big 12 title streak intact while Zenger was in charge.

Zenger, a former assistant football coach, was also expected to return the Jayhawks to national relevance. But after firing Turner Gill, he surprised many by hiring Charlie Weis, who managed just six wins and left the program in dismal shape scholarship-wise when he was fired.

Zenger's next hire was David Beaty, a relatively nondescript assistant coach from Texas A&M. And while Beaty has been successful on the recruiting trail, that hasn't crossed over to the field, where he has a 3-33 record in three seasons and just one victory against a Bowl Subdivision foe.

With the man who hired him out, Beaty will likely be coaching for his job this fall.

''I spoke with Coach Beaty earlier today and shared my expectation that he will continue recruiting hard and getting his team ready for the season,'' Girod wrote in a letter to the campus community.

Zenger did maintain the Jayhawks' storied basketball program, not only keeping coach Bill Self happy but also giving him the tools to succeed. He raised $12 million to build a dorm for the program's players and $18 million for a facility to house James Naismith's original rules of basketball, which were purchased at auction by Kansas booster David Booth. Fans still sell out every game at Allen Fieldhouse.

He also made led construction of Rock Chalk Park, the home of the national title-winning women's outdoor track and field team, and made minor improvements to the football program.

But he has been slow to keep up in the football arms race, leaving the Jayhawks to play in woefully outdated Memorial Stadium. And while Zenger recently unveiled a $350 million plan to influential donors to upgrade the stadium, and an indoor practice facility is already under construction, fundraising has proven difficult for a program that hasn't had a winning season in a decade.

Girod took over as chancellor last July from Bernadette Gray-Little, and said he's spent ''countless hours'' with his peers to get their perspective on Kansas. The common thread, he said, was that achieving its lofty aspirations extended beyond academics and to the athletic department.

''As I have said many times, a successful athletics department is inextricably linked to our mission as a flagship research university,'' Girod said. ''Across the country, we are recognized as having elite programs, a proud tradition and a loyal fan base. These assets will serve us well as we identify a new athletics director.''