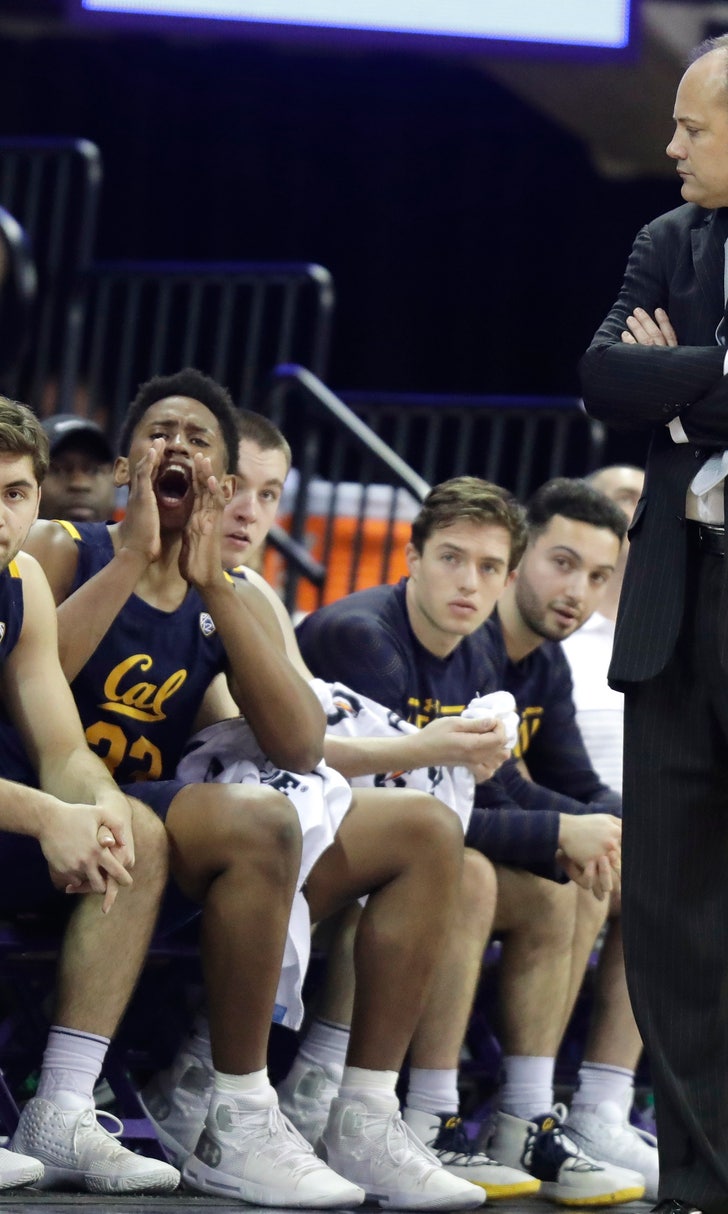 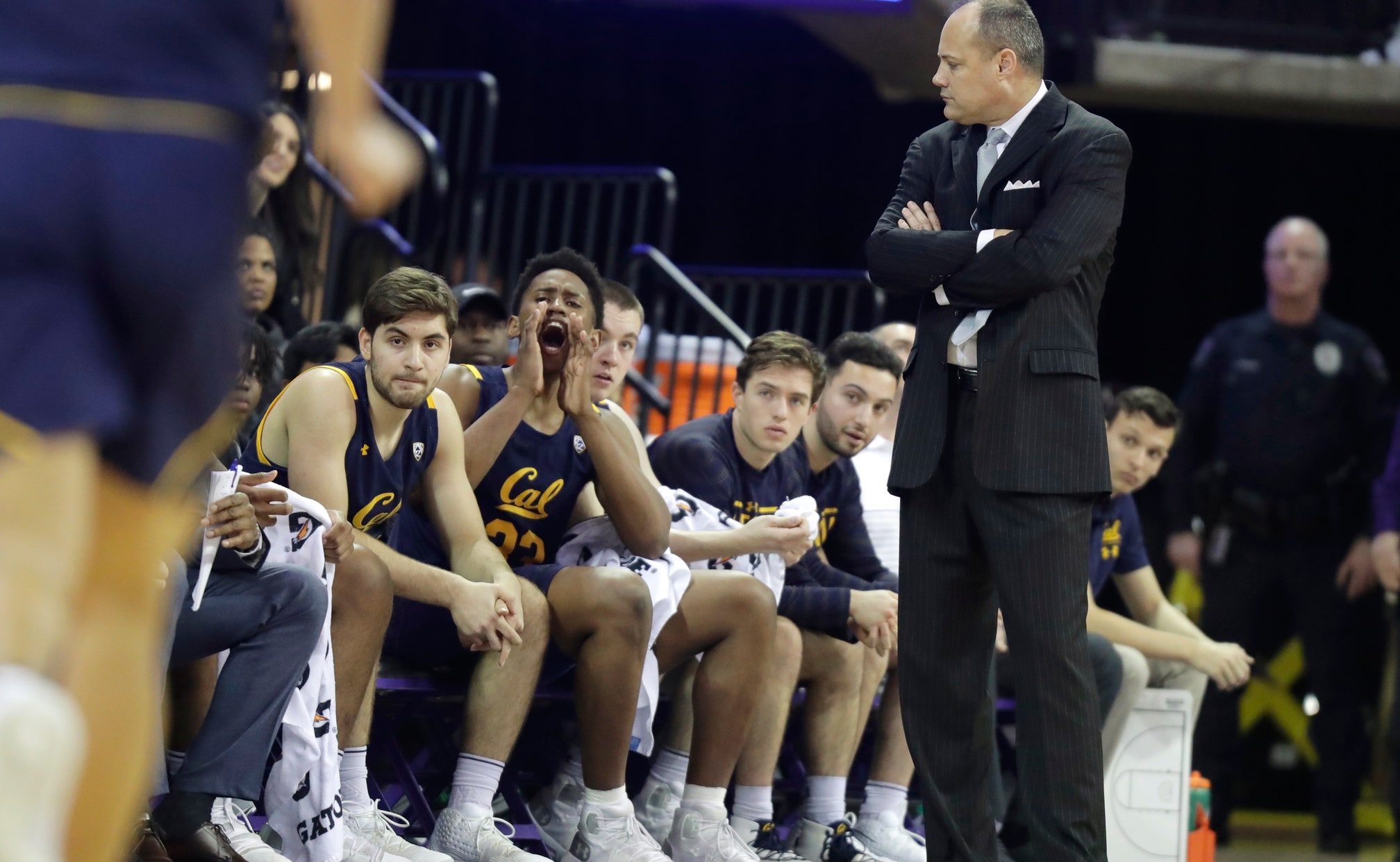 So after the Huskies throttled Cal to snap the streak with an 87-52 win Saturday night, coach Mike Hopkins got a little bit emotional as he thanked everyone who stuck around.

“Whenever you lose, it can be difficult,” Hopkins said with tears welling and a catch in his voice. “And the support that we got from the Dawg Pack and our fans is huge. It shows you what this place can be and what it will be. So thank you fans out there and go dawgs! Drop the mic, let’s go.”

And he did, picking up and dropping one of the media microphones at the table before walking out.

The fans who have chosen to stick around got a reward Saturday as Nahziah Carter scored 16 points, Isaiah Stewart added 15 and the Huskies (13-15, 3-12 Pac-12) finally righted the ship with a strong defensive effort against the Golden Bears (11-16, 5-9).

Washington held Cal without a field goal for more than 15 minutes during a stretch spanning halftime to take the victory. The Huskies forced 17 turnovers and held Cal to 11 field goals and 24 percent shooting in a game that showed the team’s athletic promise.

The Huskies started the season with a win over No. 1 Baylor and were ranked at one point. But after losing 11 of their last 12 they were stuck in a repetitive cycle of second-half fades and long scoring droughts.

Enter Cal, which had lost four straight before a win at Washington State on Thursday.

The Bears appeared to be pulling away when D.J. Thorpe slammed home a dunk for a 17-11 lead, Cal's biggest of the game, with 11:33 left in the first half.

From there, things would turn disastrous for the Bears. Washington held Cal without a field goal the rest of the half, outscoring the Bears 32-9 for a 43-26 lead. Cal finished the half by missing 14 of 15 field goals, including 12 straight, and had 10 turnovers in the first 20 minutes, including five in a span of 4:14 that helped start Washington’s run.

Several Huskies contributed to the dominant finish to the half. Jaden McDaniels had eight points over the final 10 minutes. He also blocked a shot into the crowd hat fired his team up and helped set up two consecutive Cal possessions with shot clock violations.

Hameir Wright hit 3-of-4 3-point attempts during the stretch and Stewart scored on a grind-it-out play in the paint and Carter dunked home a putback of a Carter miss to give Washington the lead for good, 21-20 with 6 minutes to play.

Despite the great first half, the Huskies had to enter the locker room with a case of nerves after blowing so many second-half leads this season.

“We told each other tonight is the night and we’re going to get it,” Stewart said.

And they did. Marcus Tsohonis hit three straight 3s to start the second half, a one-two-three punch that took the fight out of Cal. The Bears finally ended the long field goal drought when Grant Anticevich hit a short jumper to make it 54-28 with 16:20 left. In all, they went 15:23 between field goals.

“We haven’t had very many stinkers this year,” Cal coach Mark Fox said. “We’ve had some defeats. But this one was a stinker.”

The Bears were led by Matt Bradley’s 14. McDaniels finished with 12 points, seven rebounds and five assists for Washington and Tsohonis scored 11.

That the two freshmen had impactful games is a sign to Hopkins that maybe his team is starting to cash in a bit on its preseason promise with non-NCAA tournament postseason opportunities still available.

Asked if there was enough time left in the season to make a run, Hopkins responded: “There’s always time. Are you kidding me? Time. That’s the only thing we all have in common.”

Cal: There was a brief moment of optimism for the Bears after the win at Washington State, but Saturday’s long scoring drought had to be demoralizing for a club that’s mired in a dog pile at the bottom of the Pac-12 standings.

Washington: The long losing streak was starting to have an effect on the Huskies. With a big rival up next, Washington has a chance to build some momentum as the season winds down. There’s still postseason opportunities to play for, even if they’re out of the NCAA conversation.

Washington: The Huskies will attempt to split the season series when they host rival Washington State on Friday night.