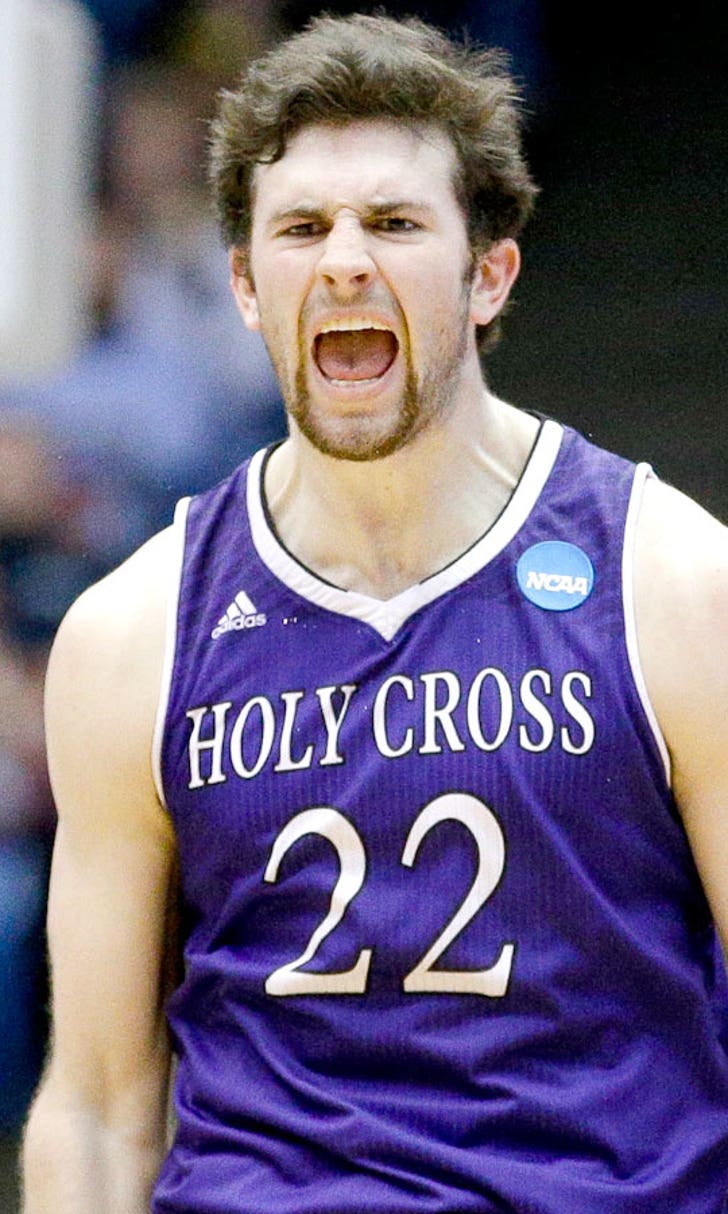 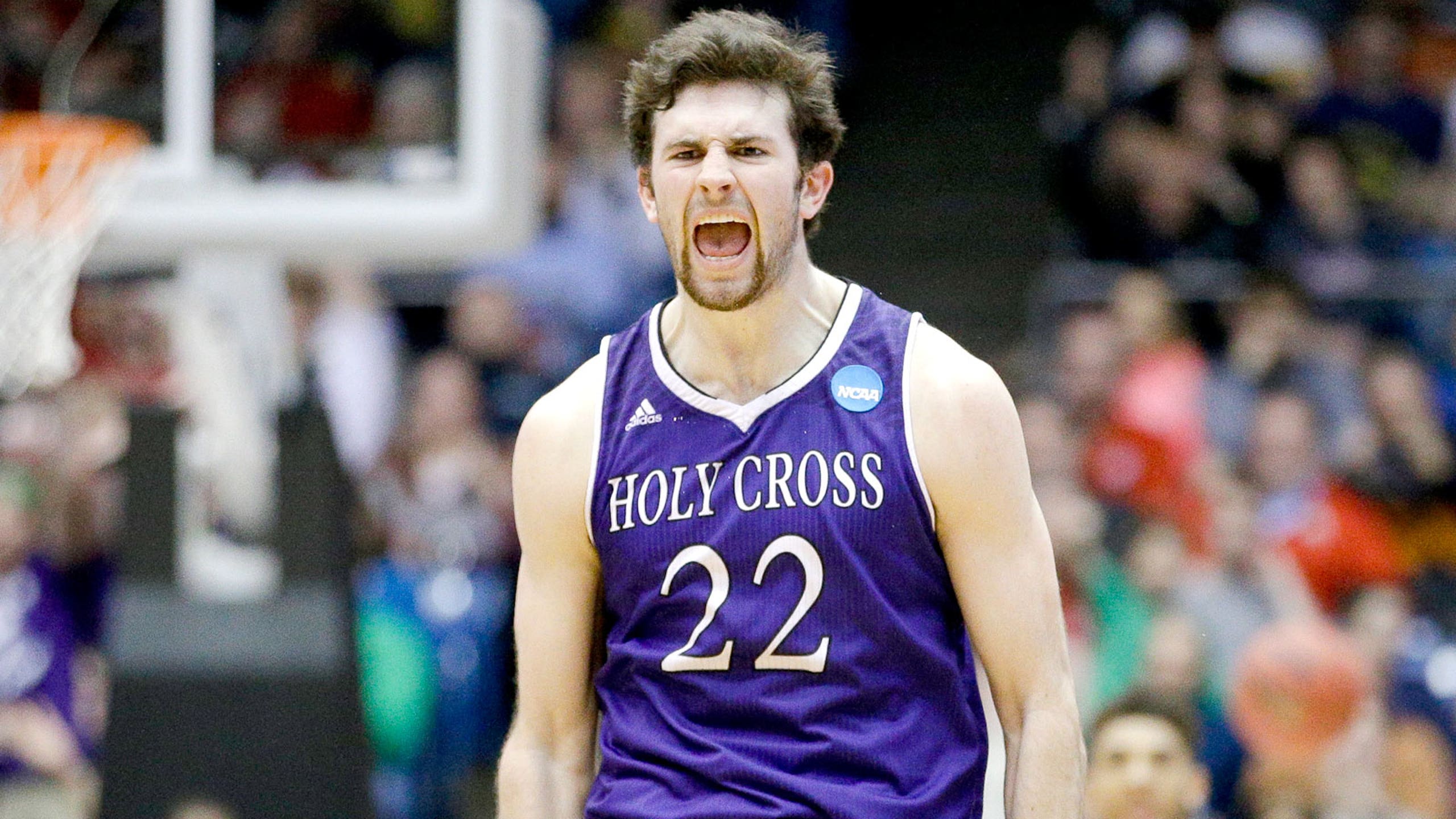 Holy Cross gets 1st win in NCAAs since 1953, will face 1-seed Oregon 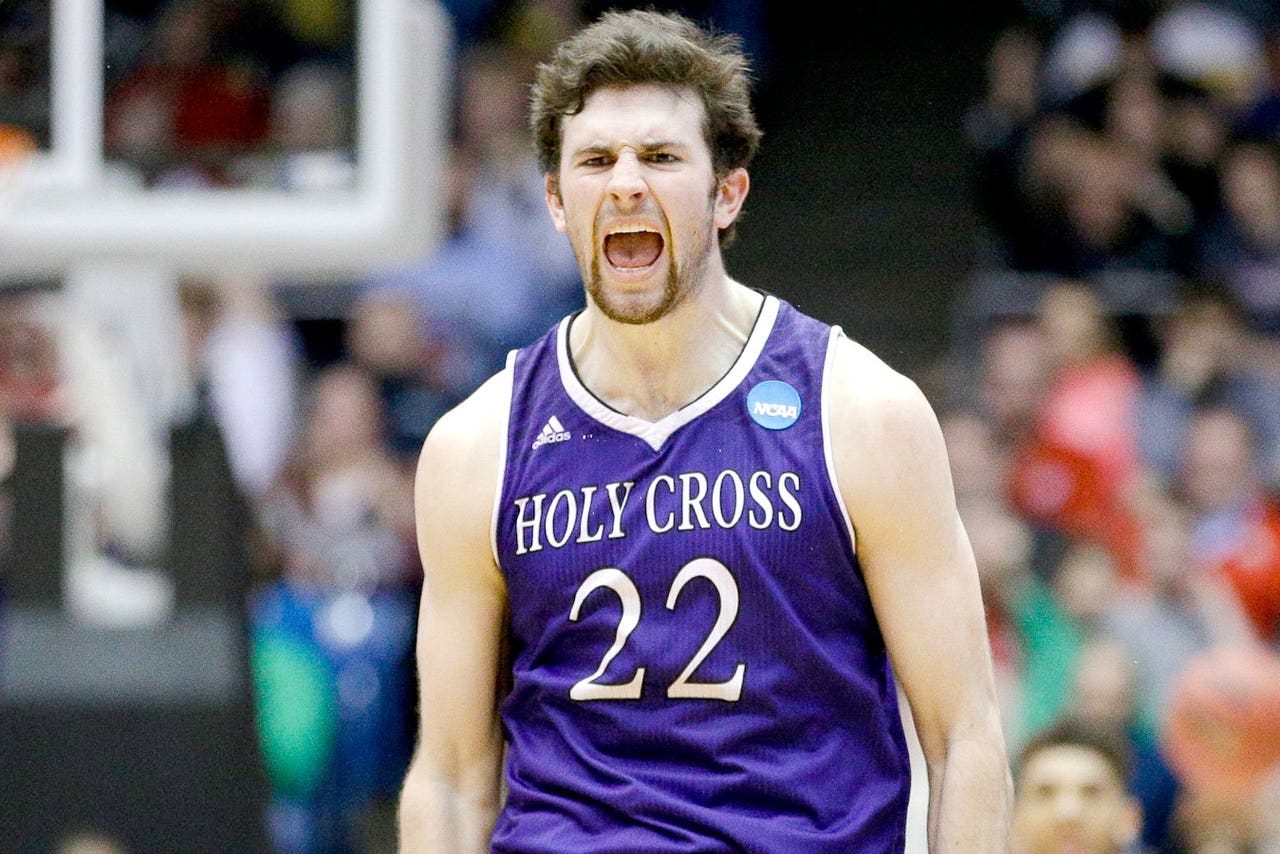 DAYTON, Ohio — Holy Cross has a losing record — and a long-awaited win in the NCAA Tournament.

Robert Champion scored 19 points, including a key 3-pointer in the final minute, to help the Crusaders beat Southern University 59-55 Wednesday night for their first tournament victory in 63 years.

"It's fantastic," coach Bill Carmody. "It's everything we're trying to do at Holy Cross. We're trying to jump-start the program because we realize what an athletic program can do for a school. It's a great first step."

Now, after pulling out a sluggish game in the First Four, the 16th-seeded Crusaders are off to play No. 1 seed Oregon in the West Regional on Friday in Spokane, Washington.

And they certainly plan to savor the experience.

Champion, a junior guard, also made two key free throws with 14 seconds left to seal the victory in a sloppy game that didn't get tight until well into the second half. He connected on as many 3s as the entire Southern team, which was 3 for 20 from beyond the arc.

Holy Cross led by as many as 12 in the first half thanks to a smothering 1-3-1 zone defense that Southern struggled to solve, but a 9-0 run allowed the Jaguars to cut the lead to 27-22 at halftime.

Southern started the second half with 7-0 spurt and eventually tied it with 1:24 left, but Champion hit his big 3 to put Holy Cross ahead to stay.

"A dream come true," Champion said. "Everybody dreams of making that shot."

"They came out of the gates with a lot of energy and executed very well," Banks said. "I think it took us a little time to find our rhythm in the zone, that 1-3-1 that they play."

Southern (22-13), a historically black school in Baton Rouge, Louisiana, was ineligible for postseason play the past two years because of a problem with its academic reports to the NCAA. It earned an automatic bid when it beat Jackson State 54-53 in the championship game of the Southwestern Athletic Conference Tournament.

Holy Cross: The Crusaders have won five straight, four by five points or fewer. The streak began after the Worcester, Massachusetts, school lost seven of its last eight games in the regular season.

Southern: Every Southern player wears No. 33 on the back of their warmups as a tribute to football player Devon Gales, who was paralyzed this past season.

Holy Cross: The Crusaders were the 25th team since 1955 to get into the NCAA Tournament with a losing record, according to STATS. Hampton was 16-17 before beating Manhattan in a First Four game last year. ... The Crusaders have 12 previous NCAA Tournament appearances, the last one in 2007.

Southern: The Jaguars were in the tournament for the ninth time. Their previous appearance was 2013, and their lone win came against Georgia Tech in 1993.

Southern: Season is over.

Holy Cross Crusaders
share story
those were the latest stories
Want to see more?
View All Stories
Fox Sports™ and © 2021 Fox Media LLC and Fox Sports Interactive Media, LLC. All rights reserved. Use of this website (including any and all parts and components) constitutes your acceptance of these Terms of Use and Updated Privacy Policy. Advertising Choices. Do Not Sell my Personal Info