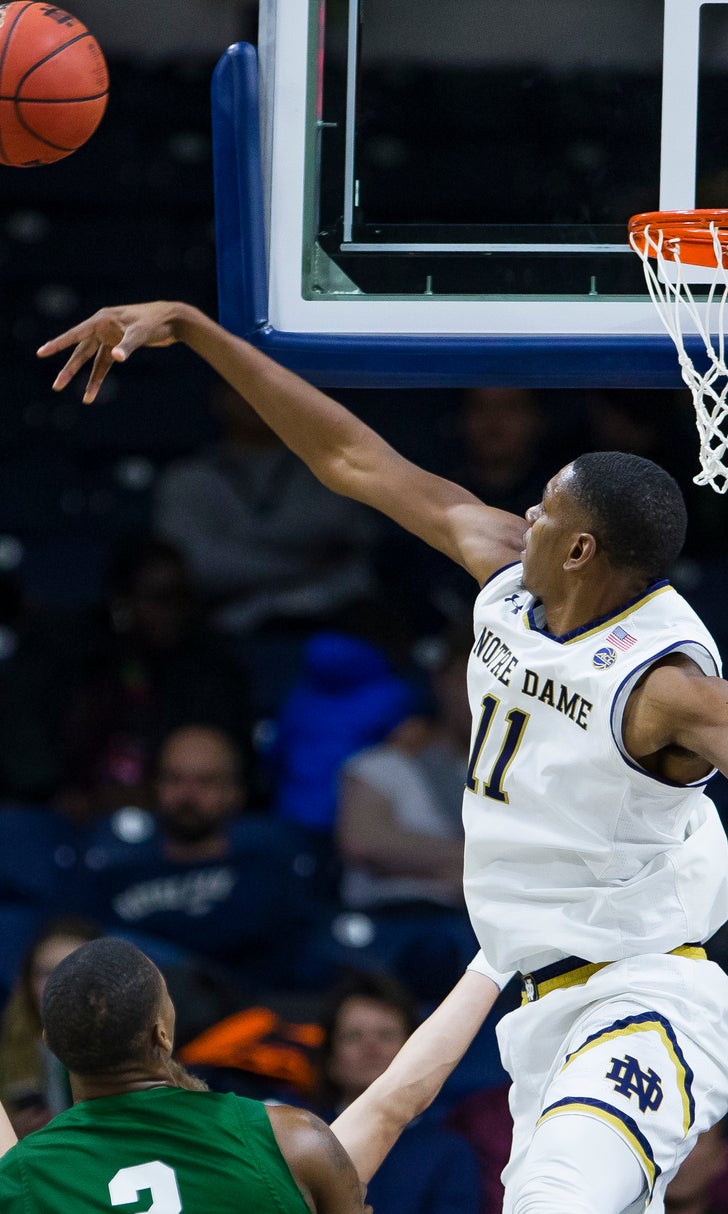 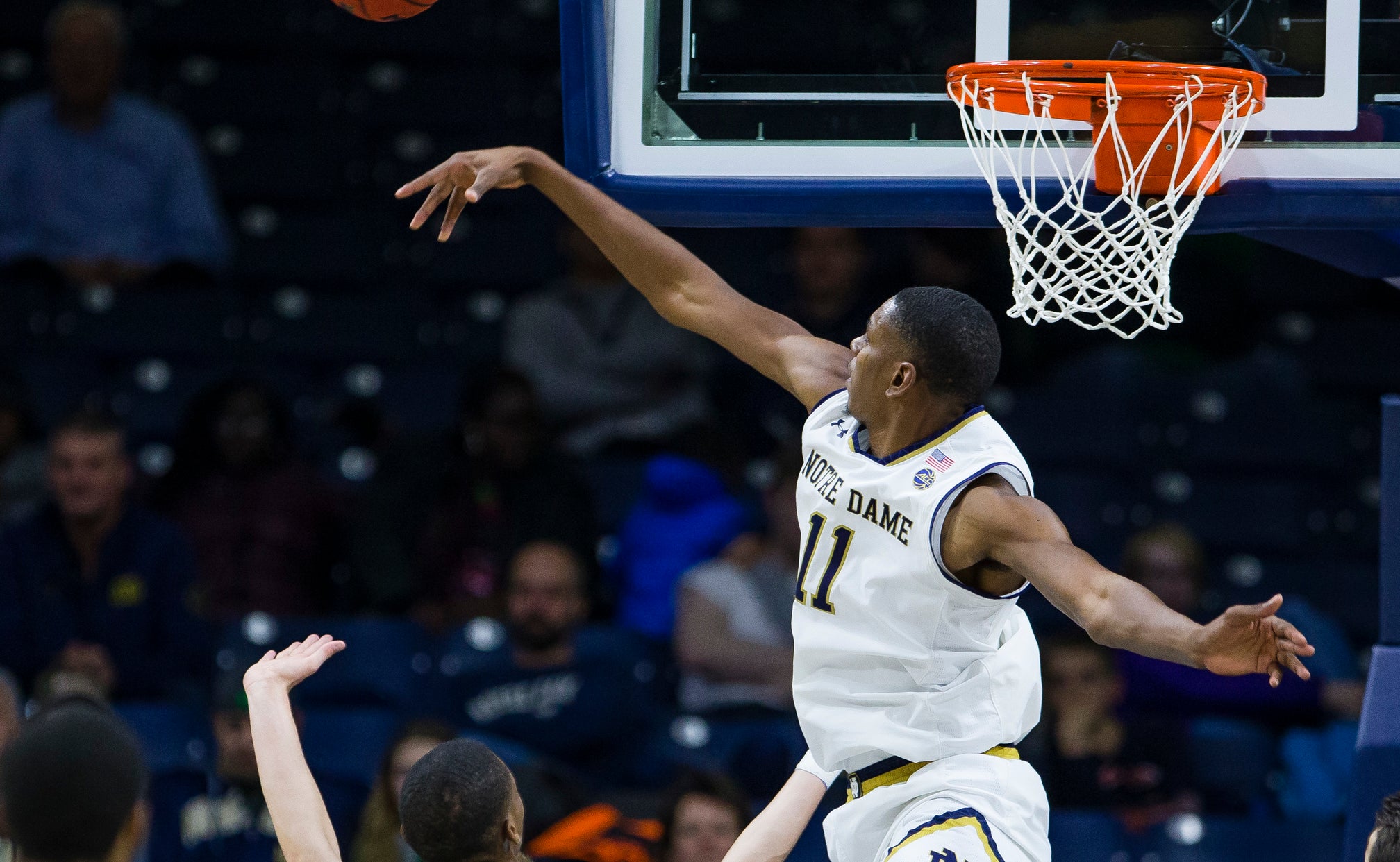 SOUTH BEND, Ind. (AP) — Mike Brey loved the 100 points, and especially the 39 from his ever-shrinking bench, but it was the season-high 24 assists that most delighted him.

"I always look at that," the Notre Dame coach said of the assist column after his Fighting Irish rolled to a 100-74 victory over Jacksonville on Thursday night.

Freshman Dane Goodwin scored a career-high 19 points off the bench and sophomore D.J. Harvey matched a career high with 19 as Notre Dame improved to 9-3 with its third straight win.

The Irish were two short of tying a school record for made triples in a game.

"To share the ball and move the ball like that, I think we're a really good passing team, and tonight we did it for 40 minutes," Brey said. "Hopefully, we found some offensive flow out of tonight."

"When you move the ball like we did tonight, everybody's getting open looks," Irish freshman Nate Laszewski said after chipping in 12 points off the bench on 4 of 6 long-range shooting. "Everybody wants to keep moving the ball, everybody wants to get the team better looks, so it's really contagious."

Notre Dame unleashed its highest scoring half of the season, racing to a 57-43 lead by the break. The Irish drained 11 of 16 shots outside the arc (69 percent) and 21 of 34 overall (62 percent) to go with merely two turnovers before the intermission.

"We felt like our primary focus needed to be keeping the ball from being driven downhill," Jacksonville coach Tony Jasick said. "They had not shown yet that they could shoot it at that level, but they got very comfortable. They were very comfortable and their shooters were playing in rhythm and that's a bad recipe."

The Irish led wire to wire and by a high of 31 points with nine minutes to go in the game.

Jacksonville: The Dolphins entered with four straight victories and seven wins in their last eight outings, but Notre Dame was their first matchup against a team from a Power Five conference.

Notre Dame: Banged-up, but unblinking, the Irish continued to adjust to being without senior co-captain Rex Pflueger. Sidelined for the season with a knee injury suffered in Saturday's 88-80 win over Purdue, Notre Dame improved to 2-0 without him. He's the third rotation regular gone in less than four weeks, joining Elijah Burns, who transferred to Siena, and freshman Robby Carmody, who undergoes surgery next week after a recent season-ending shoulder injury.

With Pflueger out, the Irish are down to just one player on the active roster who's in his final year of eligibility, Liam Nelligan, and he's the one on the team who barely plays.

But Brey says his team's quick path to maturity has surprised him.

"They, for a younger group, can really focus and lock in," the Notre Dame coach said. "I figured we'd have more space-out moments or young moments, but our freshman class . they're locked in. They're sharp dudes, so their preparation has been great."

The game was a homecoming of sorts for Jasick who coached three seasons at Fort Wayne before landing at Jacksonville in 2014.

Similarly, assistant Dan Bere' is a graduate of Indiana, where the Dolphins play next.

"Yeah, it's a homecoming," Jasick said, "but most homecomings are a lot more fun than this."

Jacksonville: The Dolphins stay in-state and close out their three-game road trip when they visit No. 22 Indiana on Saturday.

Notre Dame: The Irish wrap up their pre-Atlantic Coast Conference schedule when they host currently winless Coppin State at noon on Saturday, Dec. 29, four hours before the Notre Dame football team plays Clemson in a college playoff semifinal at Dallas.