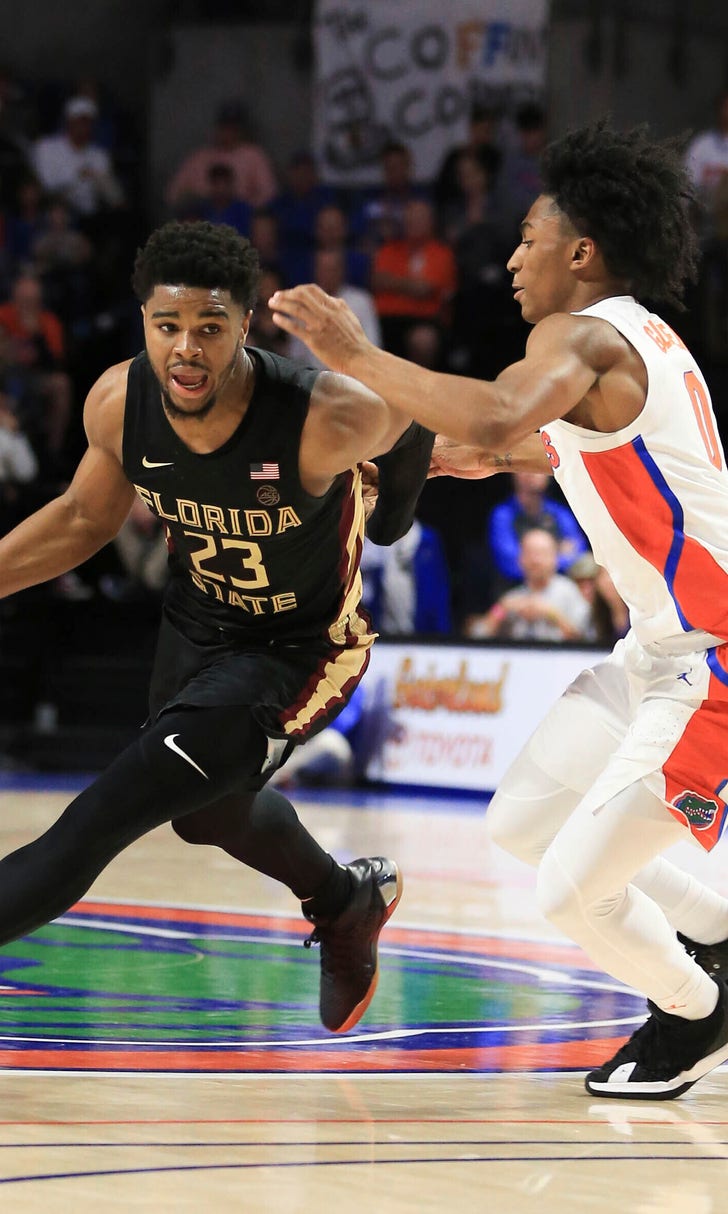 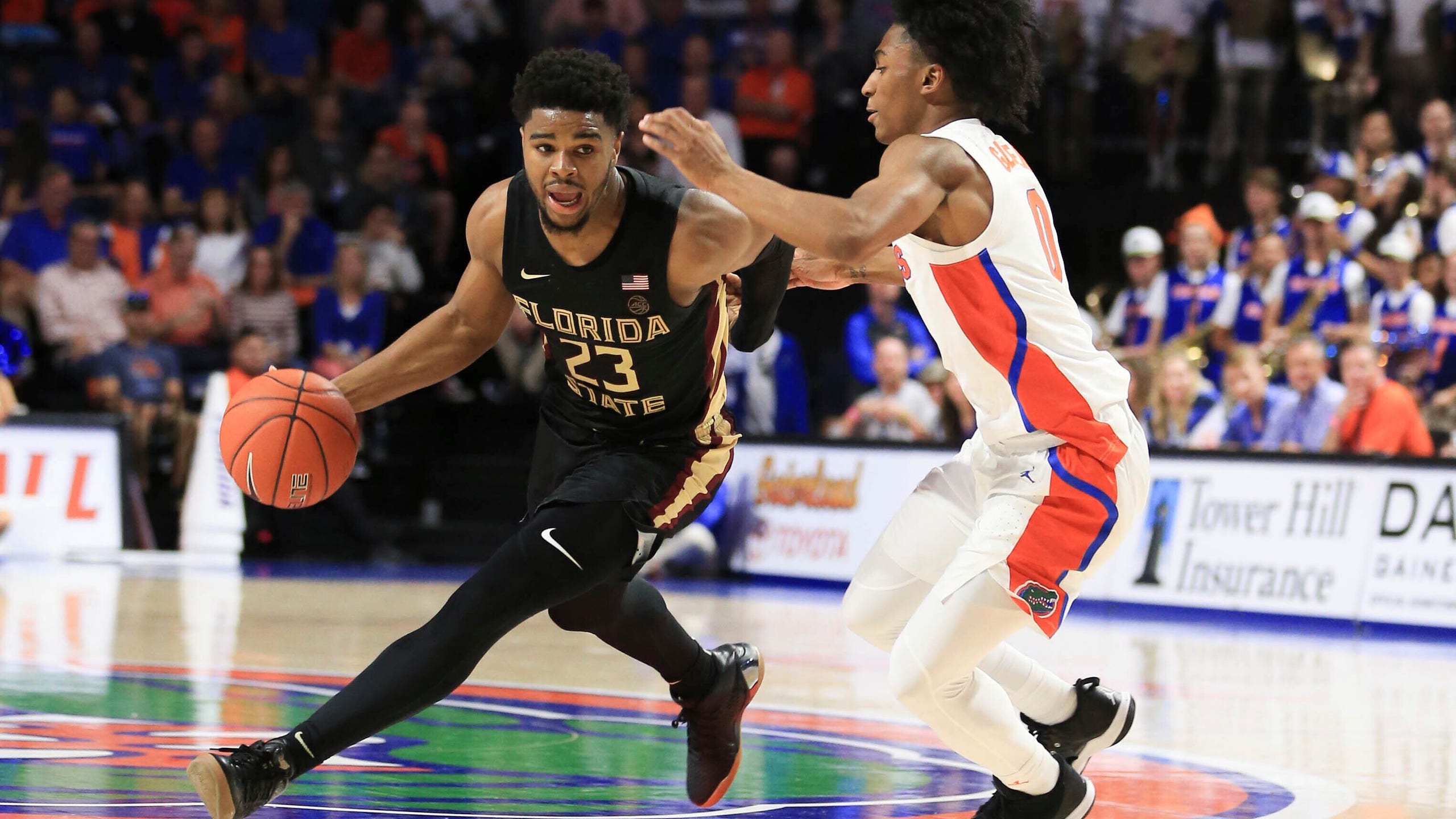 previous story
No. 5 UConn opens with 72-61 win over rebuilding Cal
next story
Dybala scores as Juventus beats Milan 1-0 to move back top

The Seminoles (1-1) avoided their first 0-2 start since 2000 thanks to suffocating defense that forced the rival Gators (1-1) into 16 turnovers and a woeful shooting performance. Florida was 14 of 50 from the field, including 4 of 22 from 3-point range.

Florida's football team scored more points (56) than its basketball squad did this weekend.

"It can be a big wake-up call and it can show how this team can band together rather than splinter," Gators forward Kerry Blackshear Jr. said.

A sellout crowd witnessed FSU take over late in the first half and really seize control after the break. The Gators went 10 minutes with just one field goal — a dunk on an inbound play — as Florida State pulled ahead 38-25 in the opening minutes of the second half. The 'Noles went up by 14 on Anthony Polite's 3-pointer with 9:31 to play.

The Seminoles made 11 of their first 20 shots in the second half. They also finished with five blocked shots and eight steals.

"It's hard to run offense against them," Florida coach Mike White said. "They extend as much as anyone in the country. They deny everything. They swarm to the ball. They put a lot of ball pressure on you. It's hard to run a bunch of sets."

Keyontae Johnson led the Gators with 19 points on 8-of-12 shooting. Blackshear had 10 points and 13 rebounds, his second double-double in as many games this season.

Florida State had little to worry about down the stretch, a common occurrence against Florida in recent years. The Gators lost to FSU by 17 points in 2017 and by 21 in the season opener last year.

"We had a lot of hype behind our name, so it probably got to like some of the players," Johnson said. "Me as well, saying that we were a top-ranked team. This game can show us that we're really not that good. We've got room to improve."

Florida State players spent the last two weeks living in hotel rooms after a broken sprinkler system dumped 9,000 gallons of water into their on-campus apartments and forced them to evacuate. Hamilton used it as a bonding experience, saying "adversity has a way of making you grow."

The Seminoles certainly showed progress between their first and second games of the season.

Hamilton credited his team's performance in Gainesville to its lackluster opener in Pittsburgh, a two-point loss that came while players were still dealing with the aftereffects of getting flooded out.

"That wasn't very pretty," Hamilton said. "We've had a lot of moving parts with our team. ... Going on the road and losing to Pittsburgh probably had a lot to do with why we played so well today. It definitely got our attention."

Florida State: The Seminoles are the only Power 5 team to open the season with two true road games, losing by two points at Pittsburgh and then bouncing back against Florida, so coach Leonard Hamilton's team might be better than many expected.

Florida: The Gators probably were overrated to begin the season because of the addition of Blackshear, the country's most high-profile transfer. They expect their revamped roster to be considerably better and more in sync by the time Southeastern Conference play begins in January.

Florida surely will fall out of the top 10 in the AP College Basketball Poll.

Florida: Hosts Towson on Thursday. The teams last played in 1988.

DeCourcy's Bracketology
In his latest projections, Mike DeCourcy has a Big Ten-heavy NCAA field, including top seeds Michigan and Ohio State.
5 days ago