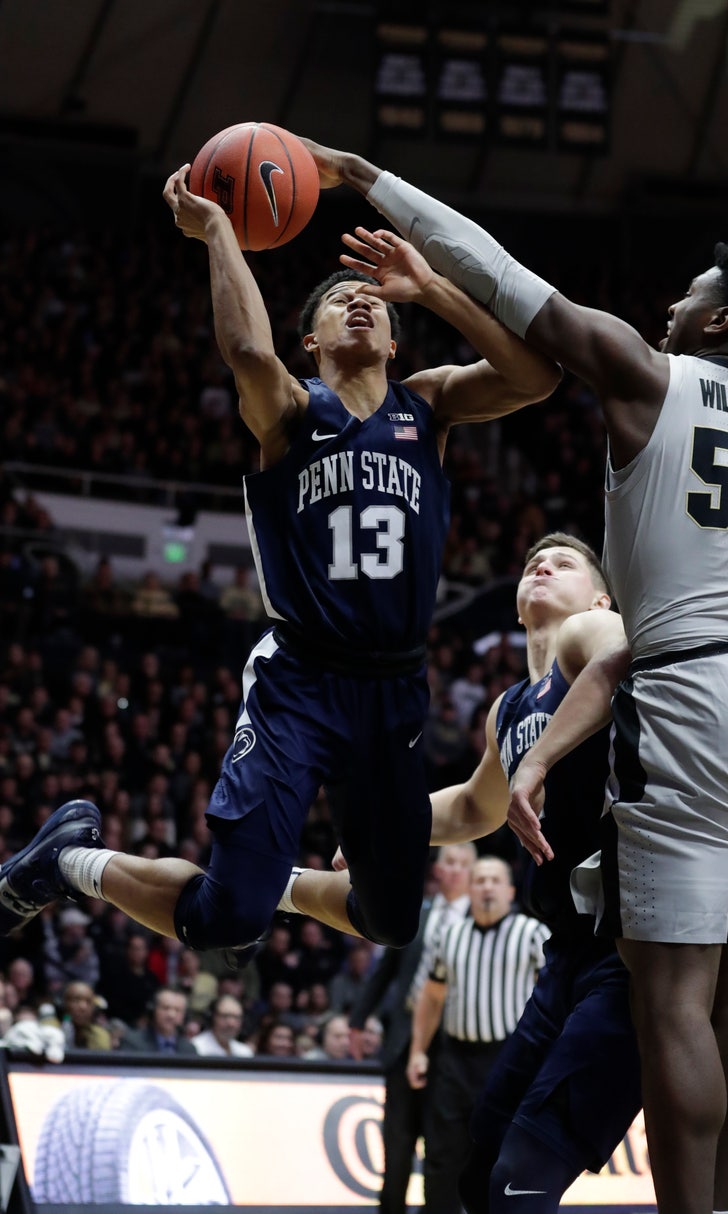 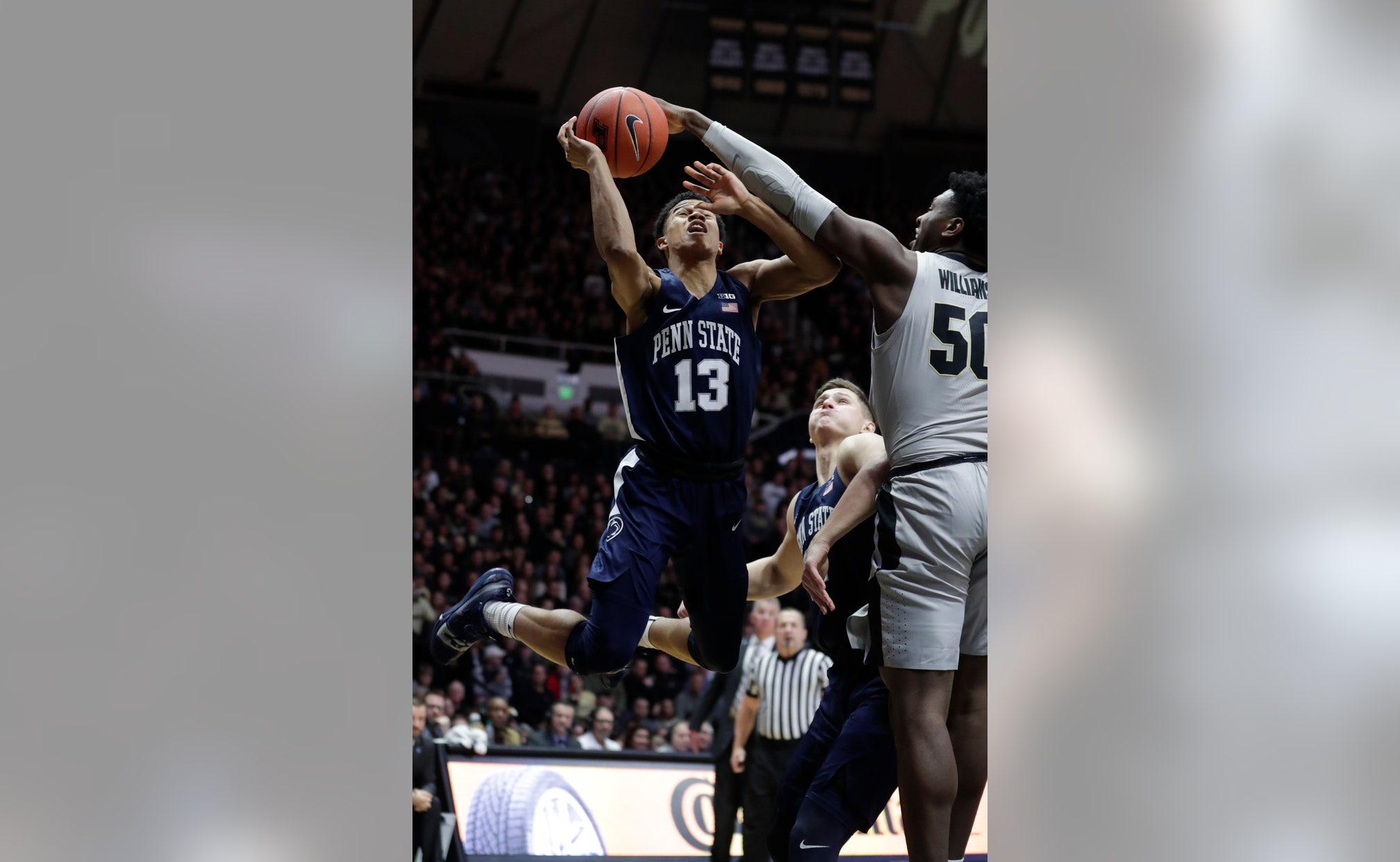 Edwards, Haarms team up to lead No. 12 Purdue past Penn St.

Together, they were a knockout combination.

Edwards scored 15 of his 21 points in the second half Saturday and Haarms celebrated his return to the starting lineup with a career-high 18 to lead the Boilermakers past pesky Penn State, 76-64.

"I thought he played well," coach Matt Painter said of Haarms. "He had a couple blocked shots but I thought he changed some shots too down there. He was good for us on both ends and obviously that big 3 at the end closed the deal for us."

Purdue (18-7, 11-3 Big Ten) regained a share of the conference lead with its ninth win in 10 games. And it needed everything Edwards and Haarms could muster in an uncharacteristic performance.

The Boilermakers committed a season-high 23 turnovers. Edwards, meanwhile, managed only one basket over the final 13½ minutes of the first half.

So Haarms took advantage of his second start since mid-December by providing some spunk. Haarms got the crowd revved up after falling to the floor after he and John Harrar locked arms. No call was made.

But the cascading boos quickly turned into roaring cheers when Haarms drew a foul at the other end and made two free throws to give Purdue a 33-30 halftime lead.

It was just the start.

Haarms then teamed up with Edwards to score nine points in a decisive 14-2 run early in the second half to make it 50-34.

"Haarms and their bench really did a good job," Penn State coach Patrick Chambers said. "I thought they really stepped up and won the battle."

It was an odd game, too.

The Big Ten's two top scorers — Edwards and Lamar Stevens — both played through foul trouble and combined for 15 turnovers. Meanwhile, the Nittany Lions made three 3-pointers in the first four minutes and only two the rest of the game.

And with Purdue throwing the ball away and Edwards struggling, Haarms helped the Boilermakers scrap their way back — until Edwards' final flurry.

"When he (Edwards) made that first dribble-up 3-pointer, it gets him going," Painter said, referring to the first basket of the second half. "That's what he's got to be able to do is get a couple things for himself to get him going."

Penn State: This series has been full of frustration for the Nittany Lions. After rallying from a 17-point deficit to force overtime, the Boilermakers pulled away in January. This time, Penn State outplayed Purdue for most of the first half and a stretch in the second half, but couldn't overcome a poor start to the second half. The Nittany Lions have lost nine straight in the series and 12 straight at Mackey Arena.

Purdue: The Boilermakers overcame their turnover flurry to rebound from Tuesday's loss with a solid final 30 minutes. While the slip-up at No. 24 Maryland earlier this week could lead to a slide in the rankings and Saturday's start wasn't impressive, the Boilermakers shouldn't fall far in the rankings — if they drop at all.

Penn State: Stevens also had six rebounds and eight turnovers. ... Rasir Bolton had 17 points and Myles Dread scored 10. ... The Nittany Lions were 5 of 24 on 3s, including 0 of 9 in the second half. ... Harrar and Mike Watkins each fouled out. Stevens and Reaves each had four fouls.

"We wanted to shorten the shot clock and we did that for the most part," Chambers said. "But we were tired because we had a lot of guys in foul trouble."

Purdue: Hopes to extend a four-game winning streak against rival Indiana on Tuesday.