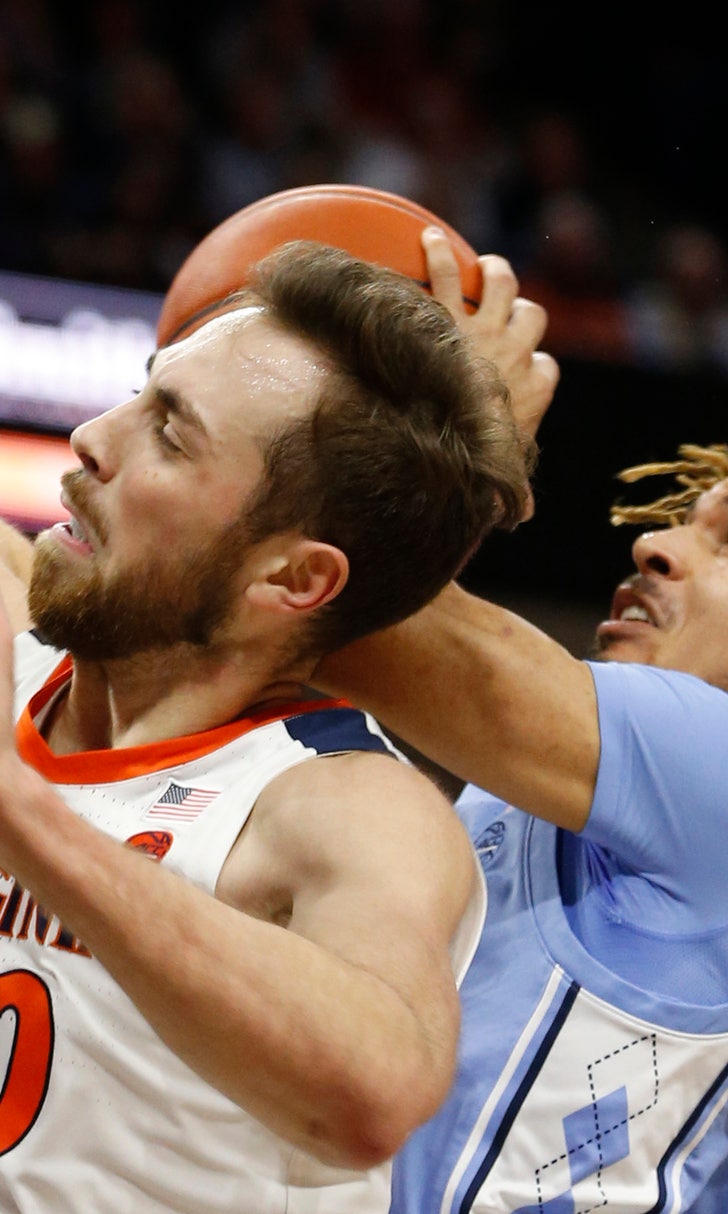 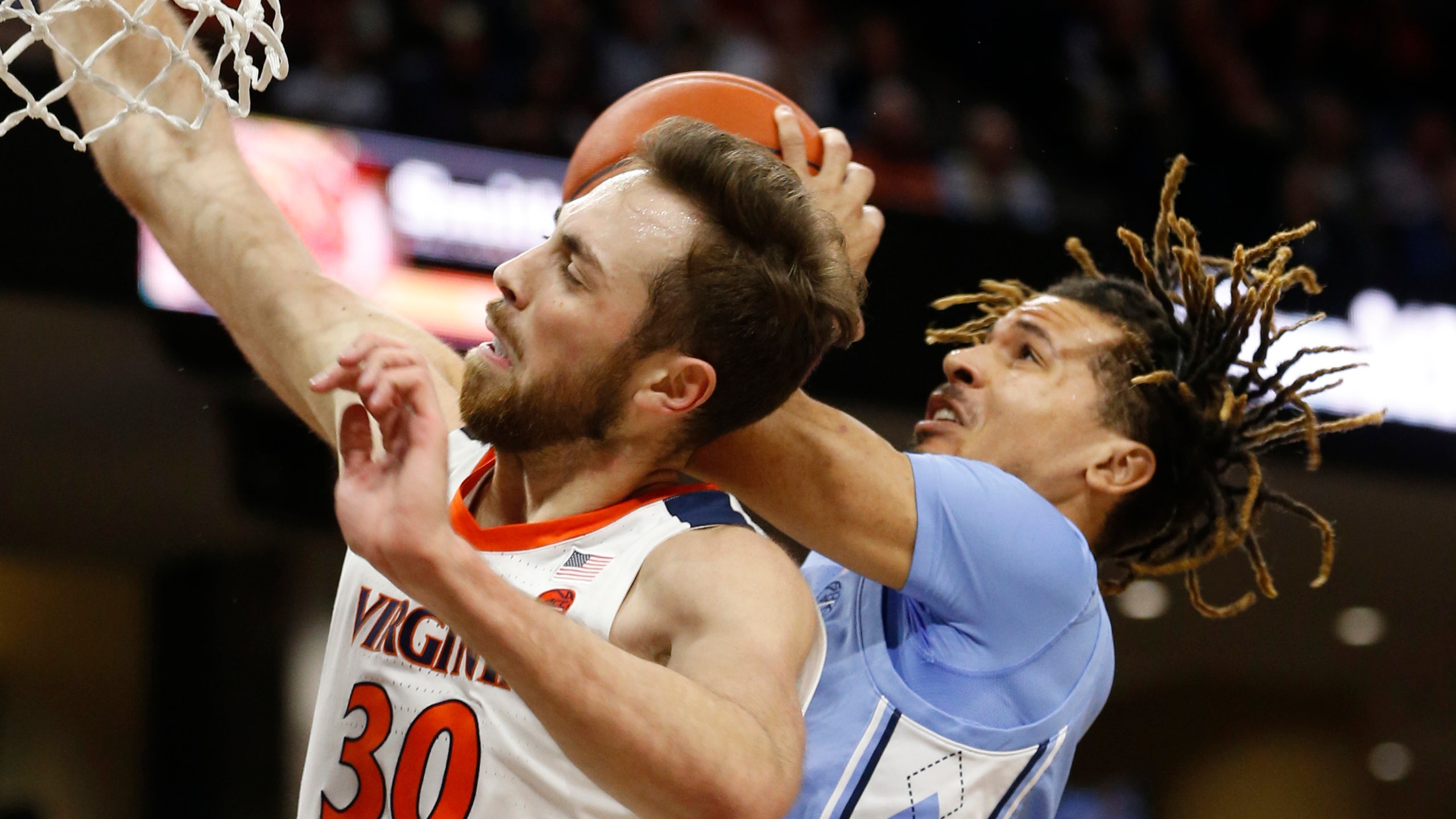 CHARLOTTESVILLE, Va. (AP) — Roy Williams spoke in very calm tones, but his words said something else after No. 7 North Carolina lost 56-47 at No. 5 Virginia.

Mamadi Diakite scored 12 points and the Cavaliers rebounded from a blowout loss while handing the Tar Heels their second straight sub-50-point game.

It was the first time since the 1947-48 season that the Tar Heels failed to reach 50 points in back-to-back games.

Tomas Woldetensae made three 3-pointers to double his season total and added 11 points and Francisco Caffaro had 10 and six rebounds for the Cavaliers (8-1, 2-0 Atlantic Coast Conference), who won despite their own poor shooting.

Virginia lost 69-40 at Purdue in the Big Ten-ACC Challenge on Wednesday night. The Tar Heels lost 74-49 at home to Ohio State in the challenge.

“Carolina and us are both trying to keep finding our way,” Virginia coach Tony Bennett said. “You just have to fight.”

Freshman Cole Anthony led North Carolina (6-3, 0-1) with 12 points, but made just 4 of 15 shots, and fellow freshman Armando Bacot had 11. The Tar Heels became the seventh team held below 50 points by Virginia this season.

Virginia led 39-35 before two free throws by Kihei Clark sparked a 10-0 run just past the midpoint of the second half. Woldetensae and Justin McKoy each added a pair of free throws and redshirt freshman Caffaro finished the burst with a pair of inside baskets. The second came after a rugged scrum under the basket and drew roars from the crowd.

Woldetensae arrived at Virginia with a reputation as a 3-point shooter, but came into the game 3 for 21 from 3-point range and made his first three tries.

“It make me smile for sure,” he said, adding that coming back from a wrist injury might have affected his mind. “It's time to take one step at a time and I'll be back.”

North Carolina: The Tar Heels' offensive weaknesses were on full display in their 74-49 home loss to Ohio State on Wednesday as they shot 27.4% and managed only four points more than the Buckeyes scored in the second half. It wasn't much better against the Cavaliers, who limited them to 37% (17-46) and only one 3-pointer in 14 attempts. They also missed 10 of 22 free throws.

Virginia: The Cavaliers continue looking for scoring. Three of their expected 3-point threats — freshman Casey Morsell (25%), sophomore Kody Stattmann (25%) and junior college transfer Tomas Woldetensae (20.6%) — entered the game shooting poorly overall and far worse from beyond the arc. As a team, the Cavaliers were shooting 23.8% from 3-point territory.

Bacot played 25 1/2 minutes after rolling his left ankle in the loss to the Buckeyes. Williams said he was trying to be cautious with the 6-foot-10 freshman, but the team trainers indicated Bacot was better off than expected as quickly as the day after the injury and kept improving.

The Tar Heels don't play again until next Sunday when they host Wofford.

Virginia is off until Dec. 18 when it faces Stony Brook at home.

What You Need to Know: Clemson vs. Miami
Can No. 7 Miami actually challenge No. 1 Clemson in Saturday's high-stakes ACC matchup?
October 9, 2020
those were the latest stories
Want to see more?
View All Stories
Fox Sports™ and © 2021 Fox Media LLC and Fox Sports Interactive Media, LLC. All rights reserved. Use of this website (including any and all parts and components) constitutes your acceptance of these Terms of Use and Updated Privacy Policy. Advertising Choices. Do Not Sell my Personal Info