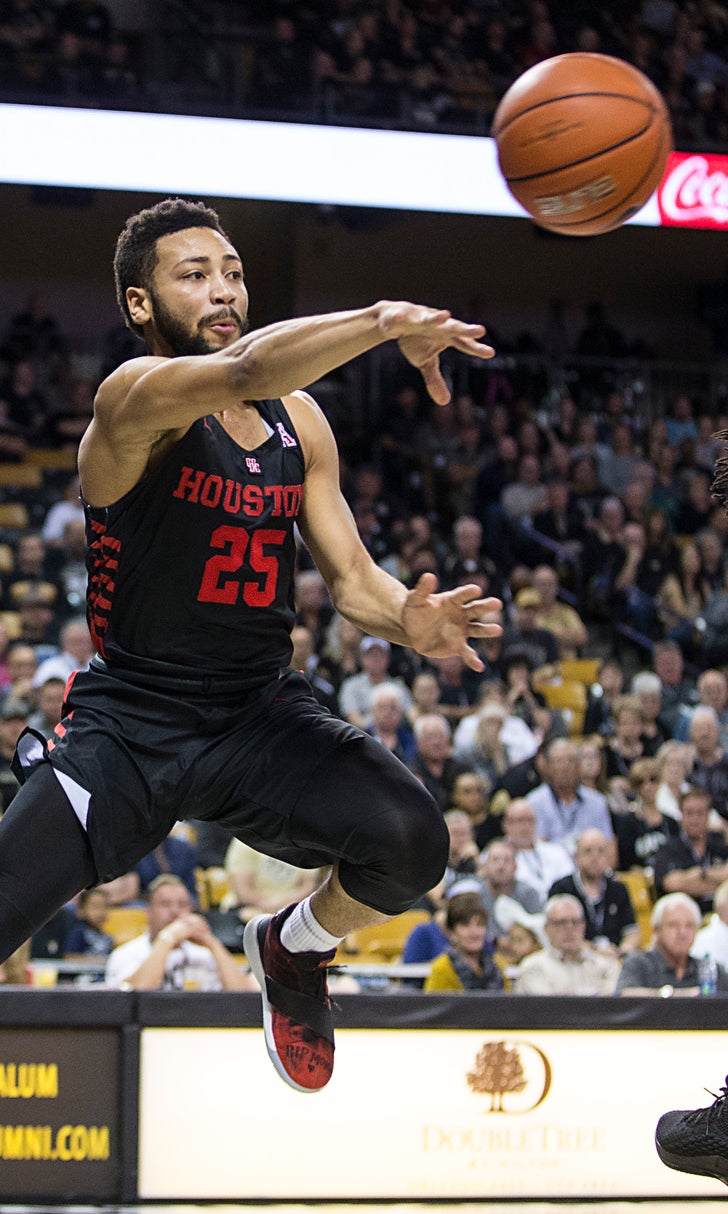 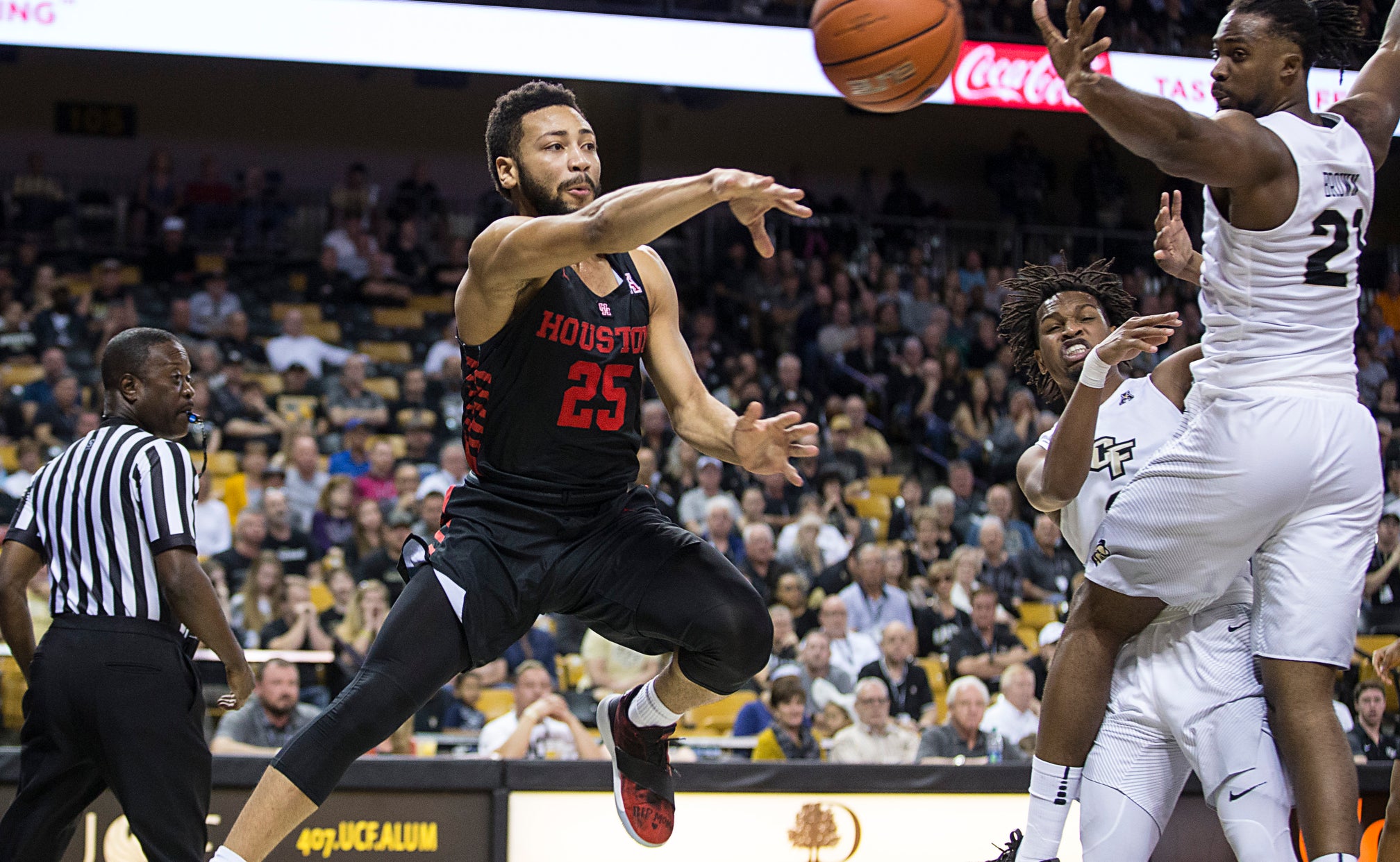 previous story
Pelicans down to final hours to decide to keep or deal Davis
next story
Bailey scores only SO goal, Islanders beat Devils 2-1

ORLANDO, Fla. (AP) — Corey Davis Jr. and the No. 12 Houston Cougars dominated at both ends of the court — again.

Davis scored 26 points on 8-for-13 shooting and Houston had another strong defensive effort to beat UCF 77-68 on Thursday night.

"If you just take a white picket fence and put it around the paint, that's how our defense is," Cougars coach Kelvin Sampson said. "They made some difficult shots tonight, but we didn't give up any easy shots."

"Give them credit, they have a lot of talented offensive guys," UCF's B.J. Taylor said. "Pretty much everybody they put on the floor, even the guys off the bench, are good offensive players. So, you don't make those guys uncomfortable, they're going to make shots."

"I really believe it's our senior leadership and me and Galen being two of the better defenders on the team," Davis said. "We've just been playing hard and everybody else has been feeding off of it."

Houston took a 12-4 lead, only to see UCF respond with a 13-5 run to tie it at 17. Following a timeout, the Cougars put together a 10-0 run, holding the Knights scoreless for six-plus minutes.

"The first half, we dug a hole for ourselves (and) the second half we responded and played the way we're capable of," coach Johnny Dawkins said. "When we're playing against a team that's that good, it's a tough hill to climb."

Houston: The Cougars entered the game holding teams to 36 percent shooting and 60.5 points.

UCF: The Knights held the Cougars to 43.9 percent shooting.

Houston: Hosts No. 25 Cincinnati on Sunday.

UCF: At SMU on Sunday.