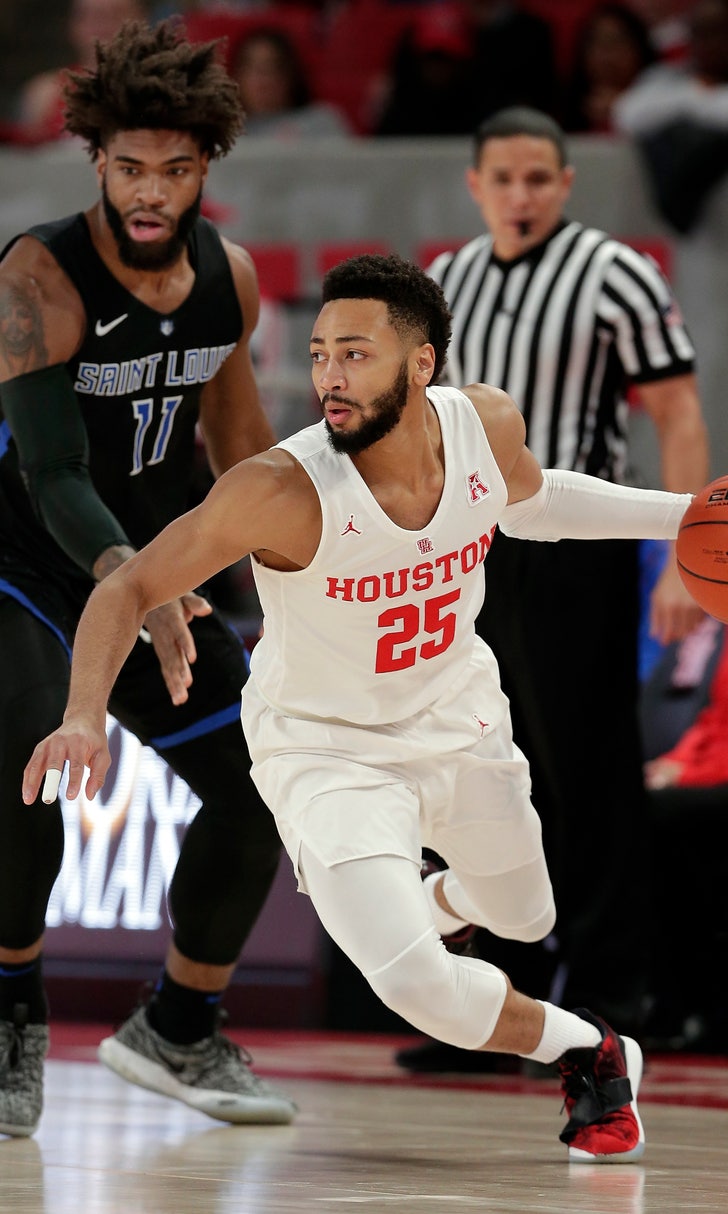 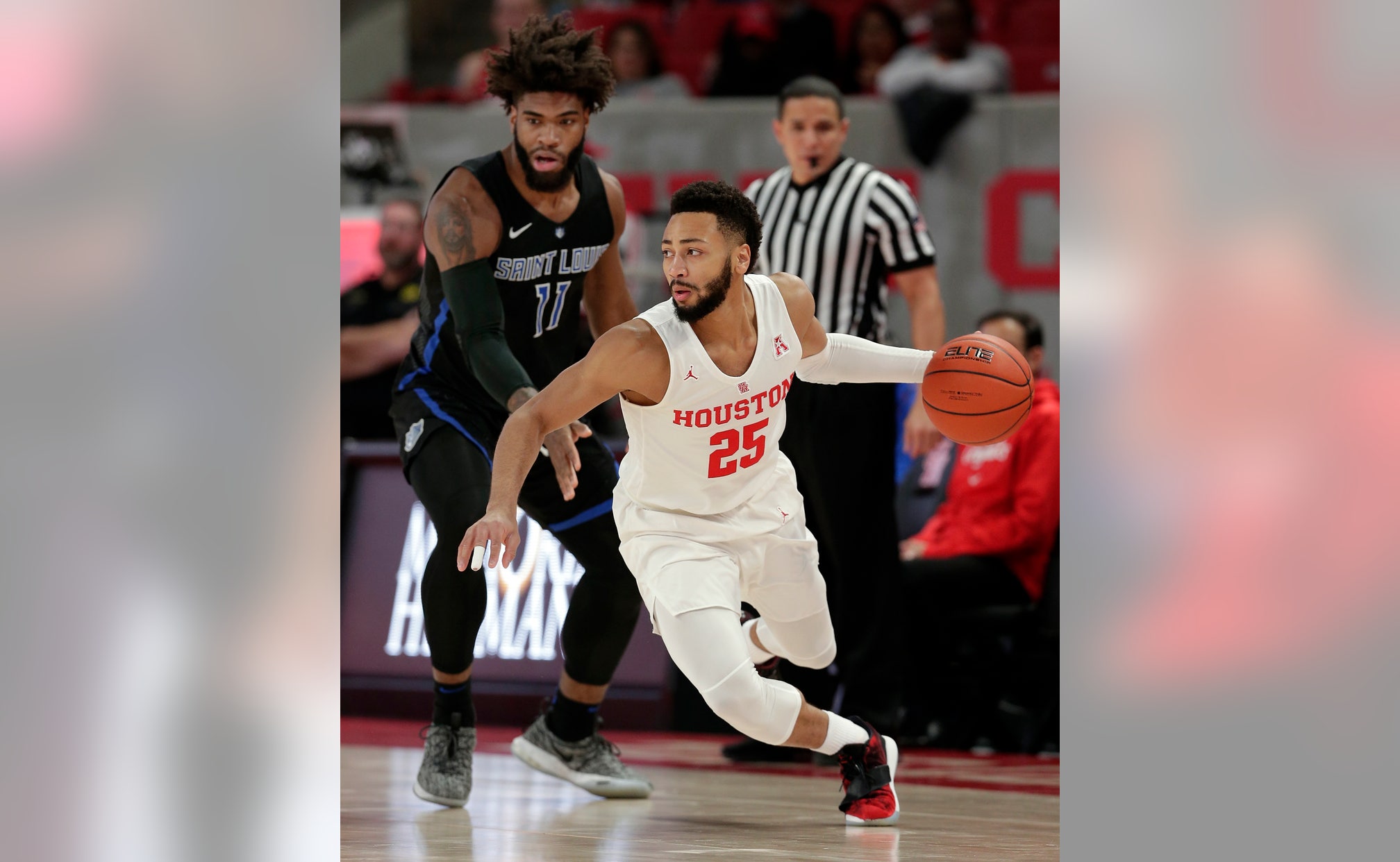 HOUSTON (AP) — Corey Davis Jr. broke out of a shooting slump to help Houston improve to 10-0.

Davis hit the tiebreaking 3-pointer with 29 seconds left and had 17 points in No. 24 Houston's 68-64 comeback victory over Saint Louis on Sunday.

Davis was 3 of 5 from 3-point range and hit all six of his free throws. He entered Sunday shooting 8 of 38 on 3-pointers over his last five games.

"When you have good shooters, you want them to keep shooting," Houston coach Kelvin Sampson said. "Corey made a 105 3-pointers last year. At the end of the day, everything will even out. ... Corey made some huge ones tonight."

Armoni Brooks had 13 points and eight rebounds, and Galen Robinson Jr. added 13 for Houston in its 23rd straight at home. Houston's 10-0 start is the second-best in school history, tying the 1967-68 team.

"When we play these teams, we anticipate a close game," Sampson said. "Just because our record says 10-0, we didn't all of a sudden become Duke. We're a team that's going to have to fight, scrap and claw for just about everything that we get."

Javon Bess had 17 points for Saint Louis (7-3). Tramaine Isabell Jr. added 16, and Jordan Goodwin had 11 points and 10 rebounds. The Billikens 37 percent from the field.

"I think we did a pretty good job on the 3-point line, but they had way too many layups," Ford said. "We tried different lineups and different guys on different people and they kept driving us and getting too many putbacks. It puts a lot of pressure on you when they get layup after layup."

Davis gave Houston a 66-63 lead with the 3-pointer from the left wing. DeJon Jarreau blocked Fred Thatch Jr.'s jumper to start the play, and Fabian White Jr. grabbed the defensive rebound to set up Davis' three.

"Coach Sampson stressed that to me since I got here - just play hard and everything else will fall into place," Davis said. "That's what I did. I think that's why I got that good look, and it went in."

On the ensuing possession, Bess missed a 3-pointer but got his own rebound, and Goodwin was fouled shooting a 2-pointer with five seconds left. Goodwin made the first and missed the second intentionally, but Bess' jumper off the rebound missed, and Davis got the rebound and was fouled. He made both free throws to ice it.

"Sometimes it just comes down to who makes that one big play," Ford said. "We had opportunities and that's the way the ball bounces sometimes."

Trailing 60-58 with four minutes remaining, the Billikens reeled off five straight to take a three-point lead on Goodwin's layup with 1:45 remaining. After White's two free throws cut the lead to one, Isabel missed a 3-pointer, and Brooks got the rebound and was fouled, hitting one of two with 1:09 remaining.

Saint Louis: The Billikens are expected to compete for the Atlantic-10 championship. Saint Louis beat Seton Hall and Butler and played Pittsburgh and Houston close now. Saint Louis forced Houston into 14 turnovers while committing just eight of its own.

After a 2-0 week, Houston should move up in the AP Top 25 rankings and could sneak into the top 20.