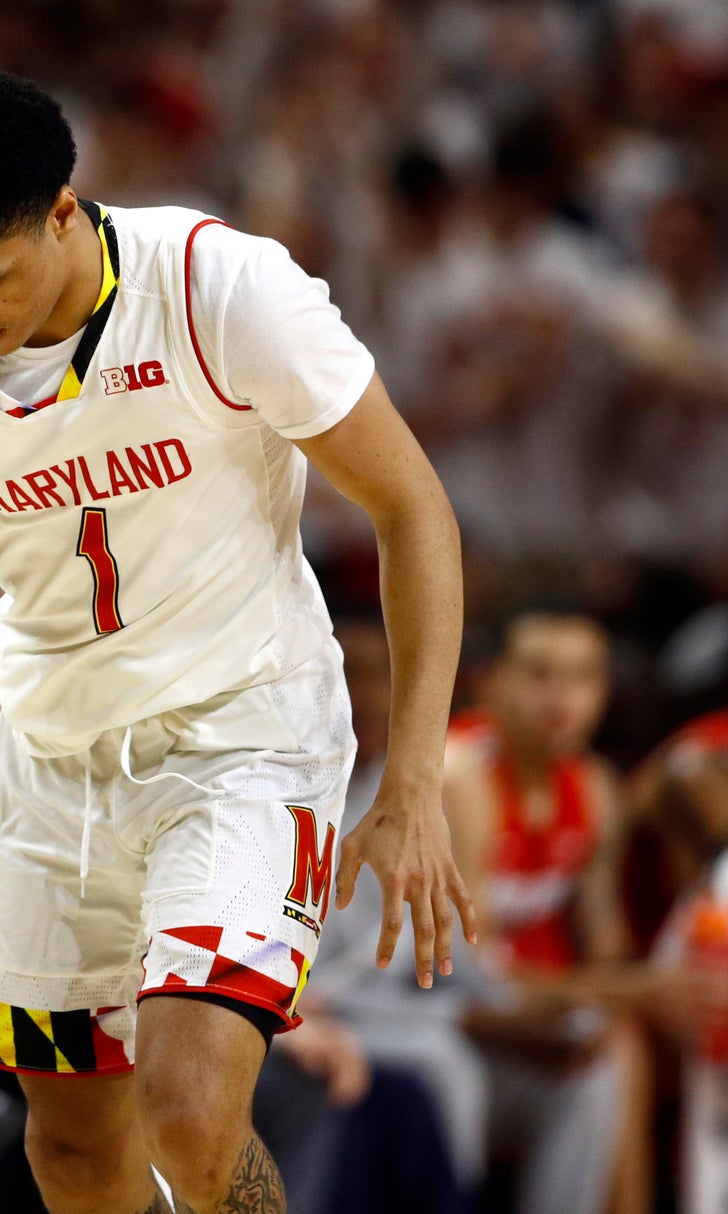 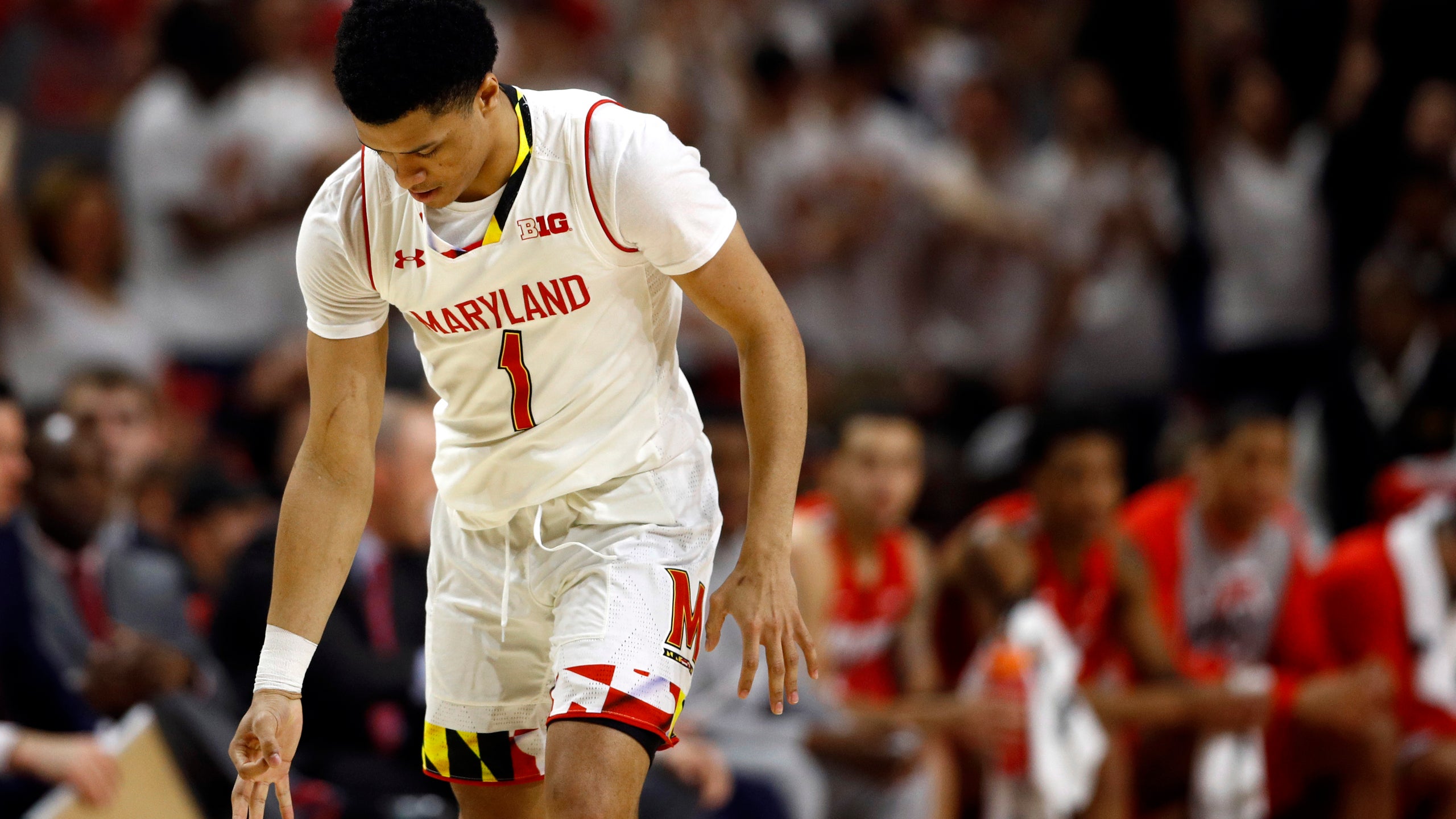 COLLEGE PARK, Md. (AP) — In a second half defined by three pivotal runs, No. 24 Maryland forged the first and final foray to squeeze out a feel-good victory.

Terps coach Mark Turgeon was delighted to see his team seemingly take control with 13 straight points, and dismayed with its performance during a 19-5 run by Ohio State that made it 57-55 with 5:27 remaining.

"I'm disappointed with the way we played defensively during that stretch," Turgeon said. "We made a lot of mistakes, weren't alert, (had a) soft foul for a three-point play. But you'd much rather learn in a win than learn in a loss, and hopefully be better because of it."

The Terrapins won because they answered Ohio State's surge with one of their own.

Freshman Serrel Smith Jr. was fouled on a shot from beyond the arc and made all three free throws. Darryl Morsell followed with a pair of foul shots, and Aaron Wiggins capped the 7-0 run with a dunk off a pass from Fernando, who had snagged the rebound of a miss by Morsell.

That was enough to assure the Terrapins of a series sweep. The Terps won at Ohio State 75-61 on Jan. 18.

"Coach told us they're going to go on a couple of runs," Cowan said. "(He told us to) just keep our composure and answer back with a run. That's what we did, and ended the game on top."

Maryland improved to 14-2 at home, including 7-0 in the conference.

With three Big Ten games left, including two at home, the Terrapins are in fourth place and in position to secure a double bye in the conference tournament.

Fernando scored all of his points after halftime, and Smith contributed a career-high 14 points. Despite a slow start, Fernando secured his ninth double-double in his last 10 games.

"We had a stretch where it affected our defense and that was disappointing," he said. "But it was good to see some of those shots go down (during the 19-5 surge)."

Fernando started the surge with a three-point play, Smith hit a jumper and Cowan followed with a 3-pointer. After Ohio State missed its seventh straight shot, Cowan was fouled on an attempt from beyond the arc and sank two from the line.

Fernando capped the run with a foul shot and a short jumper.

Maryland outscored Ohio State 20-5 at the free throw line and finished with a 40-28 rebounding edge.

The Buckeyes were without senior playmaker C.J. Jackson, who sustained a shoulder injury in Wednesday night's 63-49 victory over Northwestern.

"Hopefully we will get him back soon enough, but the other guys stepped it up and did a really good job," Holtmann said.

Coming off a 22-point performance against Northwestern, Ohio State's 6-foot-9 sophomore Kaleb Wesson was limited to seven points on 3 for 12 shooting. He came in averaging a team-high 14.7 points.

Maryland starting guard Eric Ayala left in the first half and did not return after scoring five points in 10 minutes. Turgeon said the freshman "was not feeling well."

Ohio State: The Buckeyes are sinking fast after losing only once before 2019. They shot 35 percent in the second half and 36.5 percent for the game.

Maryland: The Terrapins keep surprising foes in the Big Ten. Despite relying heavily on freshmen, Maryland remains in the upper tier of the conference and might be tough to beat in the Big Ten Tournament.

Ohio State: Hosts Iowa on Tuesday night, the rematch of a game won by the Hawkeyes 72-62 last month.