SOUTH BEND, Ind. (AP) — Wake Forest coach Danny Manning was surprised by a few things in his team's 75-68 victory at Notre Dame, but one of them wasn't the comeback made by his junior guard Brandon Childress.

After going 0-for-12 from the floor, including 0-of-8 from beyond the 3-point line, in Saturday's 95-57 loss at home to North Carolina, Childress scored 20 points in what Manning called his best performance of the season for the Demon Deacons (10-15, 3-10 Atlantic Coast Conference).

"I thought Brandon played his best game for us tonight," Manning said while ticking off Childress' line in 39 minutes - 20 points on 5-of-7 shooting, all from long distance, seven rebounds, eight assists, three steals and no turnovers. "It was a huge bounce-back game for him coming off the last game we played."

In a game that featured runs and droughts by both teams, as you might expect from a pair of teams tied for 11th in the ACC, the Demon Deacons used a 9-2 run in the final three minutes to pull away from the Fighting Irish (13-13, 3-10).

"Wins in our league are tough to come by, especially on the road," Manning said after his team ended a two-game losing streak and won for only the second time in its last nine games.

T.J. Gibbs scored a game-high 23 points on 8-of-12 shooting but had only six after halftime for Notre Dame, which lost its second straight. John Mooney had 16 points and nine rebounds and Prentiss Hubb added 11 with nine assists for the Fighting Irish.

"The way the game started, you figured you were going to score a little more tonight," Notre Dame coach Mike Brey said. "But we hit the wall a little bit. We had some great looks again at key times that we couldn't make."

Both teams had hot shooting hands at the start of the first half that ended with Notre Dame up 36-35, and no one was hotter than Gibbs, who hit his first six shots, three of them beyond the arc, for 17 points. He finished the half 6-of-7 from the field, including 3-of-4 from beyond the 3-point line.

The Irish built their biggest lead, 36-29, on Mooney's 3-pointer with 3:39 in the half, but Notre Dame went cold, missing its final five shots. The Demon Deacons finished on a 6-0 run as Childress had nine points and Chaundee Brown eight in the first half.

Gibbs went almost 12 minutes between shot attempts, finally hitting a jumper with 15:05 left in the second half that put the Irish lead back to four, 47-43. But Gibbs would finish with only six points after intermission.

"(Gibbs) just started missing shots; he was on fire at the start," Manning said. "We just wanted to take away some of his air space."

But Wake Forest responded with a 7-2 run, the last five on a Childress 3-pointer and a Wright layup after an Irish turnover for a 57-53 lead with 8:42 left when Notre Dame took a timeout.

Notre Dame's 9-0 run that tied the game at 66-66 with 2:56 remaining on the second of two free throws by Hubb was fueled by four points by Gibbs and a 3-pointer by Mooney, who finished one rebound shy of what would have been his 17th double-double of the season.

"I thought we got contributions from a lot of different people," Manning said. "I thought Olivier was really good as well. Chaundee (Brown) got one of the biggest rebounds of the game at the end. Everyone who stepped on the court for us brought some energy."

But it was another frustrating loss for Brey and his Irish, who endured too many periods without scoring a field goal.

"The reality is we are kind of who we are right now," Brey said. "I thought Prentiss really battled, but our other freshmen (Nate Laszewski and Dane Goodwin) had a tough night (they totaled three points). But finishing it and getting over the hump is a big hurdle for any group that is developing. We've shown no signs of being able to do it. That's who we are."

The Demon Deacons outshot the Irish 49.1 percent to 45.1 percent. Both teams hit eight 3-pointers, but Wake made them with eight fewer attempts, finishing at 44.4 percent from beyond the arc thanks to Childress' 5-of-7 effort. Wake Forest also outrebounded Notre Dame 35-27 with the help of 11 offensive boards. The Demon Deacons entered the game leading the ACC in offensive rebounds with 14.8 a game. They've now had 10 or more offensive boards in 20 of 25 games, including 12 of 13 league contests.

Cesaro Swings Back to Singles Glory
Ryan Satin breaks down "The Swiss Cyborg" Cesaro scoring a huge upset victory this week on SmackDown, plus much more.
2 days ago 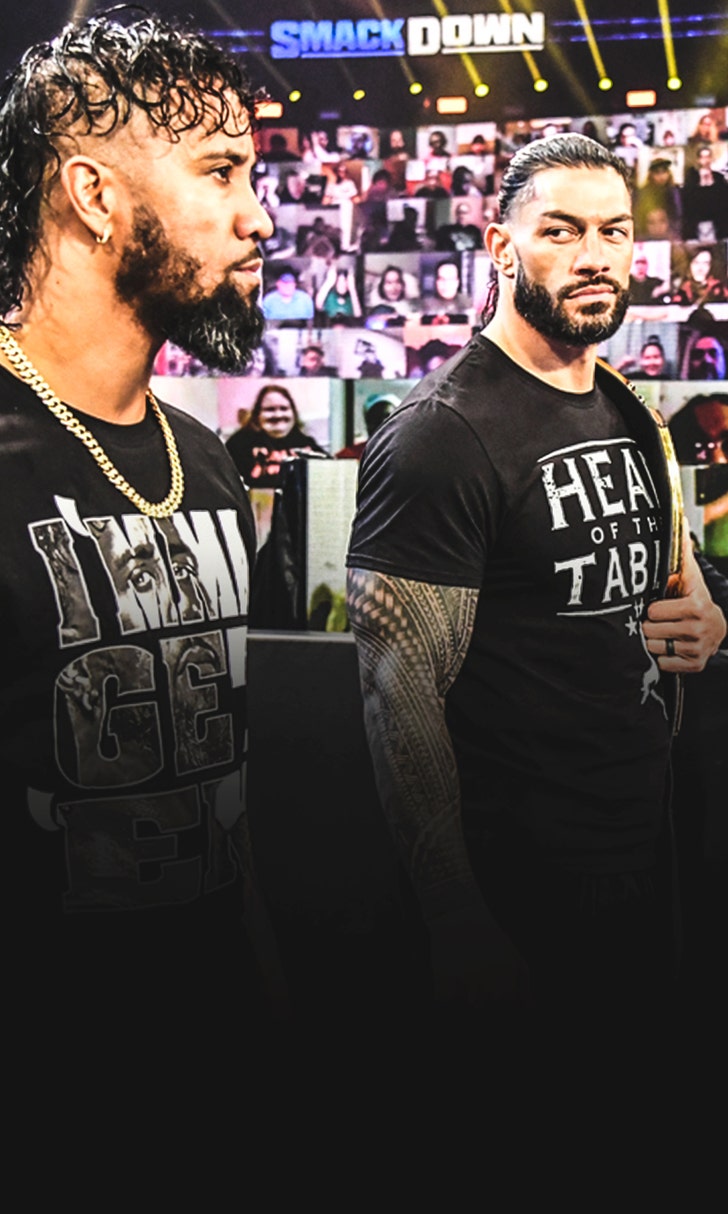 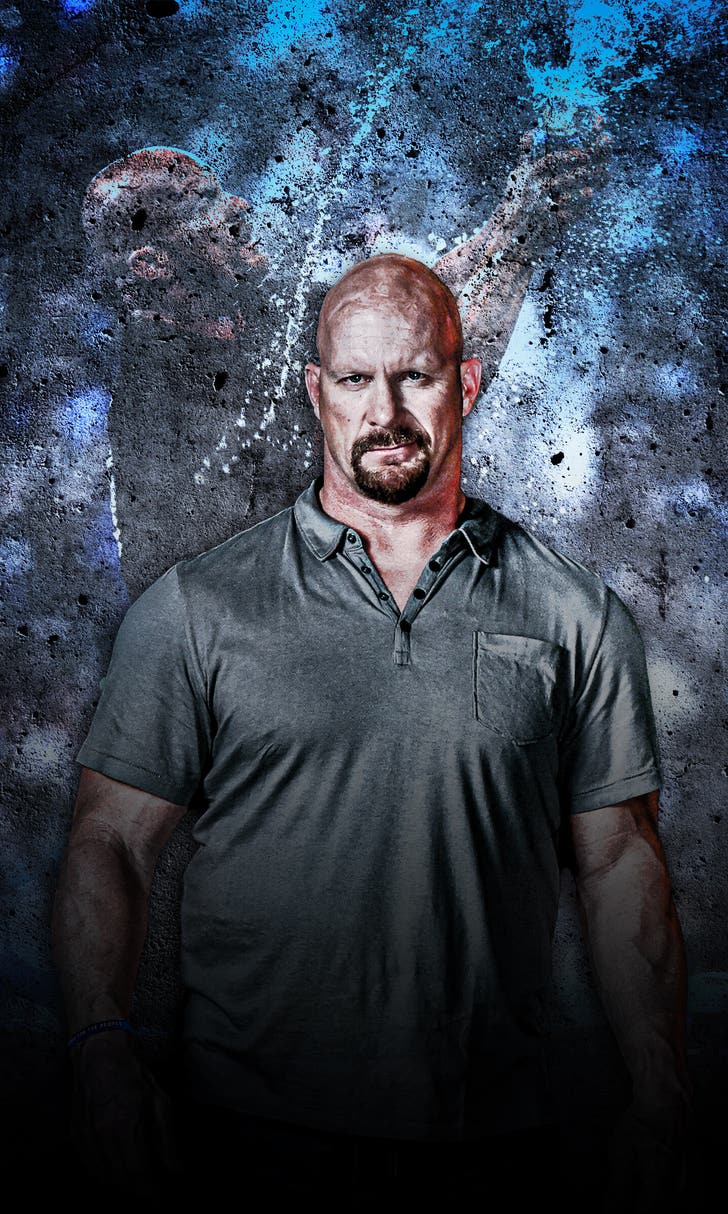 Stone Cold Steve Austin Has Thoughts
The legend goes 1-on-1 with Ryan Satin on his favorite Superstars, season 2 of his show, why he's really retired, and much more.
January 7
those were the latest stories
Want to see more?
View All Stories
Fox Sports™ and © 2021 Fox Media LLC and Fox Sports Interactive Media, LLC. All rights reserved. Use of this website (including any and all parts and components) constitutes your acceptance of these Terms of Use and Updated Privacy Policy. Advertising Choices. Do Not Sell my Personal Info