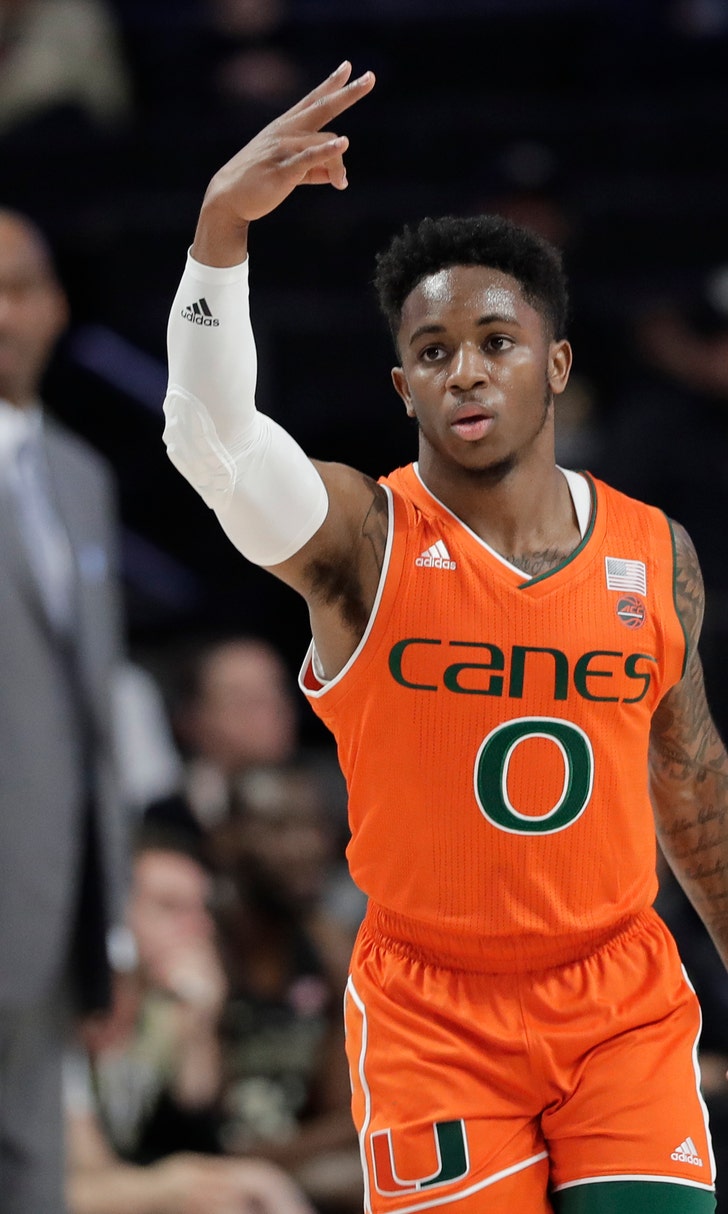 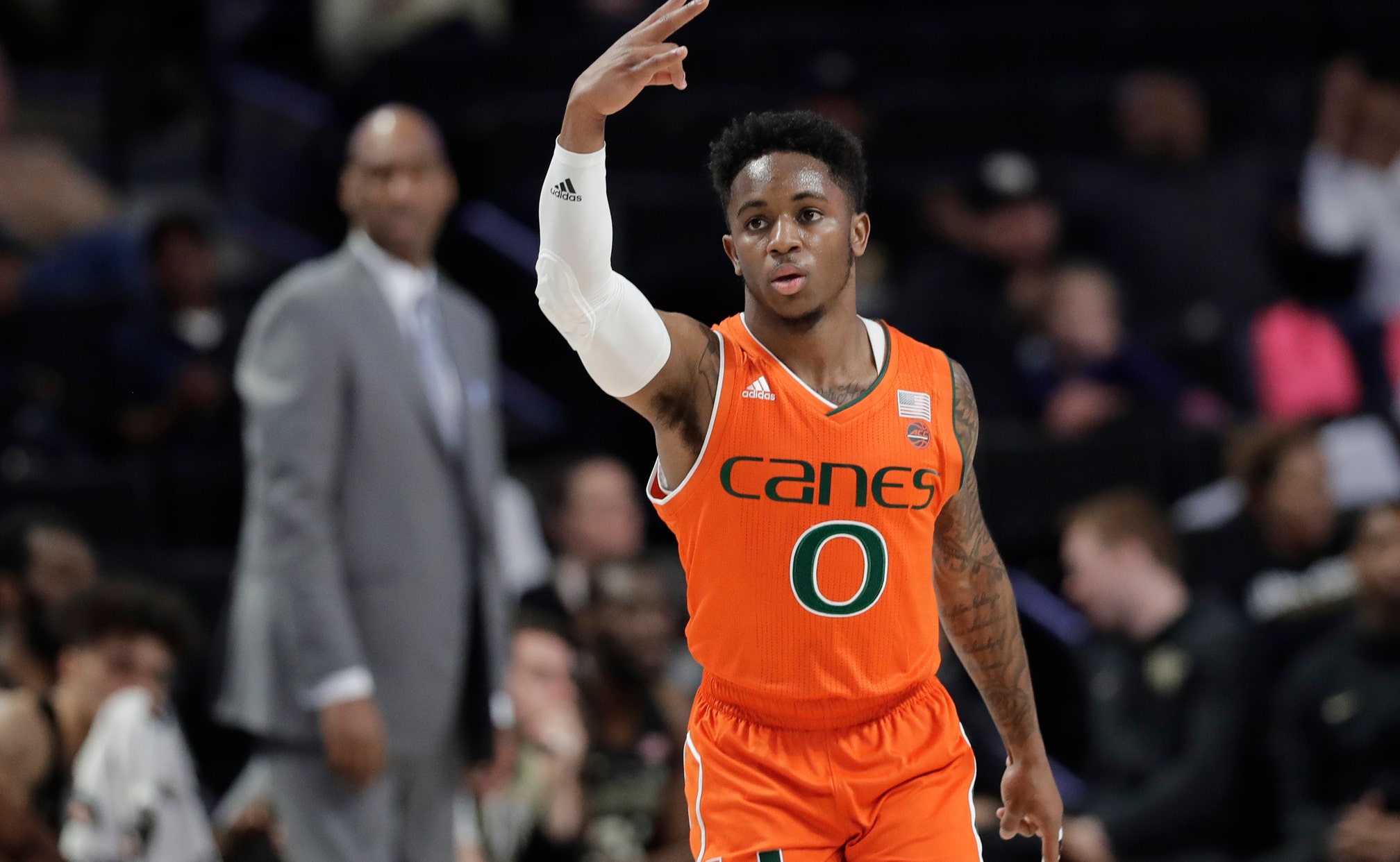 WINSTON-SALEM, N.C. (AP) — Wake Forest seemed headed for yet another double-figure loss during another struggle-filled season. Then the Demon Deacons picked up their hustle and started making shots — especially Brandon Childress.

"We had some guys make some really big-time shots," coach Danny Manning said. "Just proud of the effort and the grit of the guys who continue to battle."

Chief among them was Childress.

They trailed by 14 with 8½ minutes remaining and were down 10 with less than two minutes to play before finishing on a 16-5 run keyed by eight points from Childress.

Childress' go-ahead 3 came after Zach Johnson's free throw put the Hurricanes up 75-73 with 31.7 seconds to play.

"I'm always believing in next shot, next play," Childress said. "I could have easily been passive, and the game might have had a different outcome."

Chris Lykes finished with 26 points, two shy of a career high, for Miami (12-15, 4-11). He held for the last shot — although coach Jim Larranaga said he wanted him to attack the rim a few seconds earlier — but his contested 3-pointer at the buzzer bounced off the front of the rim.

"It wasn't really Chris' last shot that cost us the game," Larranaga said. "It was the rushing and the lack of poise that we showed from about 3:28 to go. ... The turnovers, the rushed passes, the hurriedness that we showed. That, we haven't done that all year."

The Hurricanes fell to 0-8 in road games, 0-7 in the league, and were denied their first victory in Winston-Salem since 2011.

Miami: The Hurricanes have found ways to lose them all on the road, both the close ones (by three points in overtime at North Carolina, and by six at Florida State) and the routs (three losses by at least 14 points). But this one might hurt worst of all. It came nearly a year to the day after their last road victory — an upset at then-No. 9 North Carolina on Feb. 27, 2018.

"I thought we played a great game for 35 minutes," Larranaga said, "and just rushed like crazy in the last four minutes."

Wake Forest: The Demon Deacons have won three of six and this one was most improbable because in the second half they trailed for all but the final 25.2 seconds. This was the most winnable of their final four regular-season games, and to their credit, they found a way to snatch it.

"The defense gave us energy," Manning said. "That created an opportunity for us to build some more momentum. These are the type of plays we have to make in those situations."

Home-court advantage has defined the Miami-Wake Forest series. Home teams have won nine straight in the series and 17 of 20 overall.

Maybe the Demon Deacons should play more frequently: Wake Forest improved to 4-0 when playing on fewer than two days' rest. ... Miami attempted 31 3-pointers, its most since also putting up 31 two weeks earlier at North Carolina.

Lykes — who had 25 points last month against Wake Forest — finished with his highest-scoring game since he had 27 in a three-point loss at North Carolina on Feb. 9. Five of his career-best six 3s came in the span of 10 possessions midway through the first half to single-handedly key a 24-8 run that seemingly put the Hurricanes in control.

Miami: Play another road game in this state when they visit No. 3 Duke on Saturday.