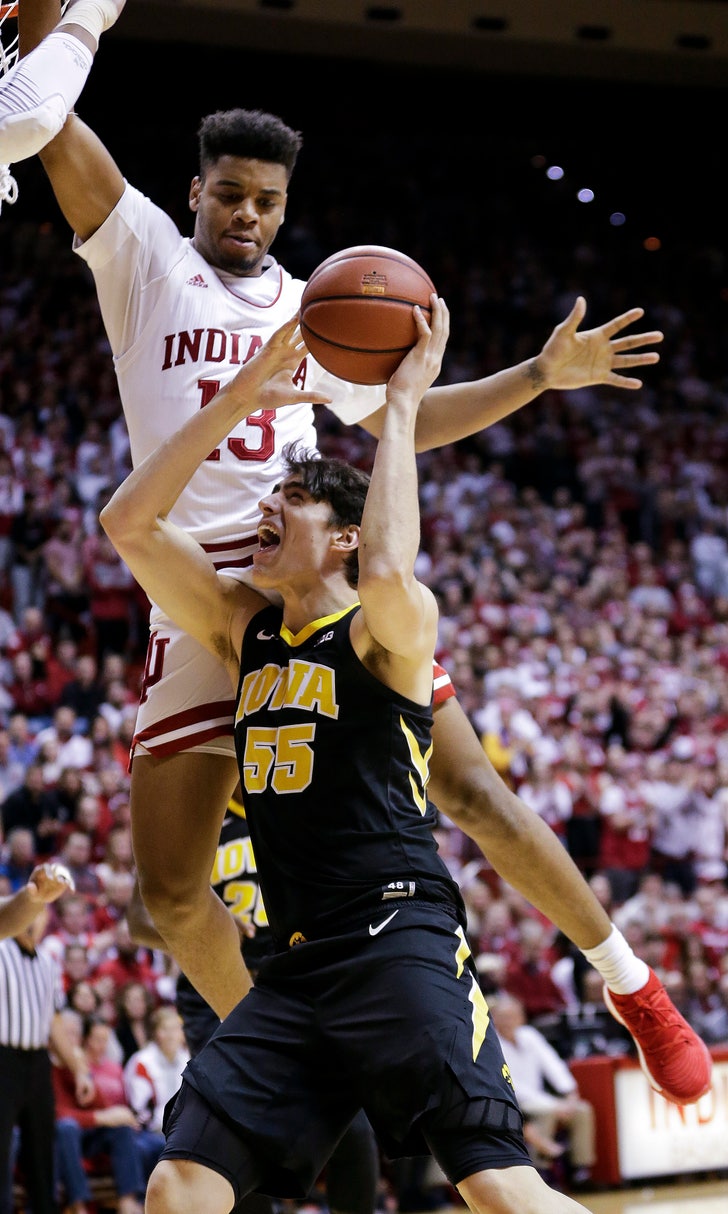 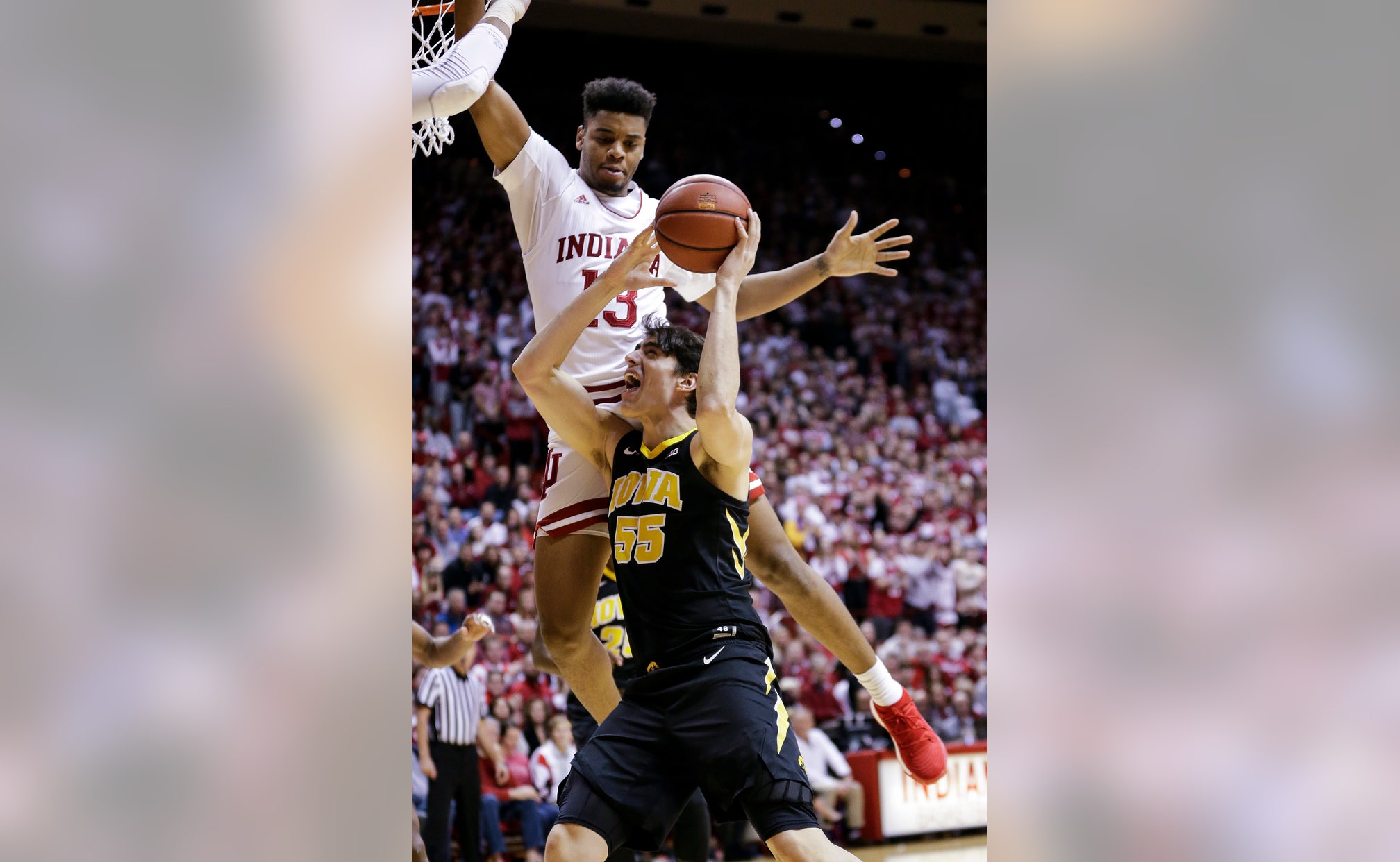 When they came, the junior guard delivered a seemingly bigger blow with each successive shot.

The junior guard matched his season-high by scoring 25 points including the last 11 to help the No. 20 Iowa hold on for a crucial 77-72 victory at Indiana.

"We really wanted to get it to him, we wanted to get him open and that's what you want to do down the stretch," coach Fran McCaffery said. "We were trying to milk the clock with the lead and he just stepped up and made some."

While the Hawkeyes (18-5, 7-5 Big Ten) didn't play their best ball, the combination of Tyler Cook early and Bohannon late was all Iowa needed Thursday.

Cook had 13 points, five rebounds and three assists in the first half, staking Iowa to a 46-36 halftime lead. He finished with 21 points and seven rebounds as Luka Garza spent most of the game in foul trouble.

Bohannon's closing flurry was even better.

Twice in the final 91 seconds, he beat the shot clock with demoralizing, long 3-pointers and then he finished it off by making five of six free throws in the 27 seconds to prevent Indiana from even getting a chance to tie the score.

The result: Iowa won its second straight, ended a three-game losing streak in the series and won at Assembly Hall for the first time since 2015.

"Bohannon made an unbelievable step back on Al (Durham) at the end of the clock, I think midway through the second half and that last one was unbelievable, too," Hoosiers coach Archie Miller said. "They made big baskets and really timely baskets."

The Hoosiers (13-10, 4-8) gave them no other choice even after Juwan Morgan went to the bench with his fourth foul less than four minutes into the second half and even with Indiana trailing 58-48 with 11:14 to play.

Indiana's defense dug in, allowing only two baskets over the next 7½ minutes and it allowed the Hoosiers to scramble back within 64-61 with 3:47 left.

Romeo Langford had a chance to tie it with a 3 on Indiana's next possession, but Joe Wieskamp grabbed the rebound for Iowa, Cook answered with a short jumper and Bohannon closed it out with his scoring spree.

Langford finished with 22 points and five rebounds while Morgan had 17 points to lead the Hoosiers.

"We came down here last year and played well for 32 minutes. Thirty-two minutes isn't enough," McCaffery said. "You can't do that here."

Iowa: The Hawkeyes demonstrated just how good they can be in the first half. And they showed how tough they can play by fending off the Hoosiers' late charge. It was good enough to pick up a key road win.

Indiana: The Hoosiers actually outplayed Iowa over the final 20 minutes. But they couldn't overcome a first half in which they committed eight turnovers and gave up their second-highest first-half point total all season. To turn this season around, they need to play a consistent 40 minutes.

Indiana: Has lost eight of its last nine. ... Durham was the only other player to score in double figures. He had 12. ... Forward De'Ron Davis scored four points but came off the bench and had seven assists to lead the team. .... Indiana was 13 of 18 from the free-throw line, missing 4 of 11 in the second half.

Iowa: "The kid has got unbelievable skill, but I think it's his confidence level," McCaffery said when asked about Langford. "You talk about a guy that plays at his pace. Can you get a quiet 22? He got a quiet 22.

Indiana: "The mindset was there," Morgan said. "I think really the execution wasn't."

Indiana: Hosts Ohio State in the second game of a three-game home stand.