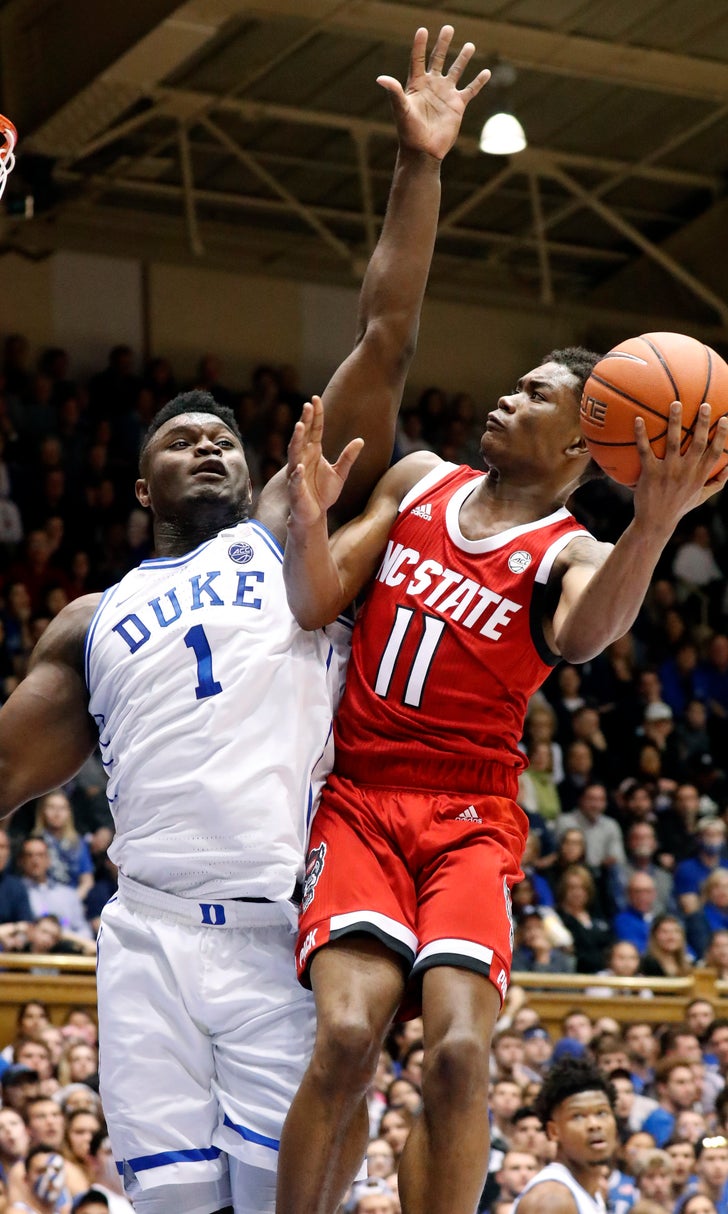 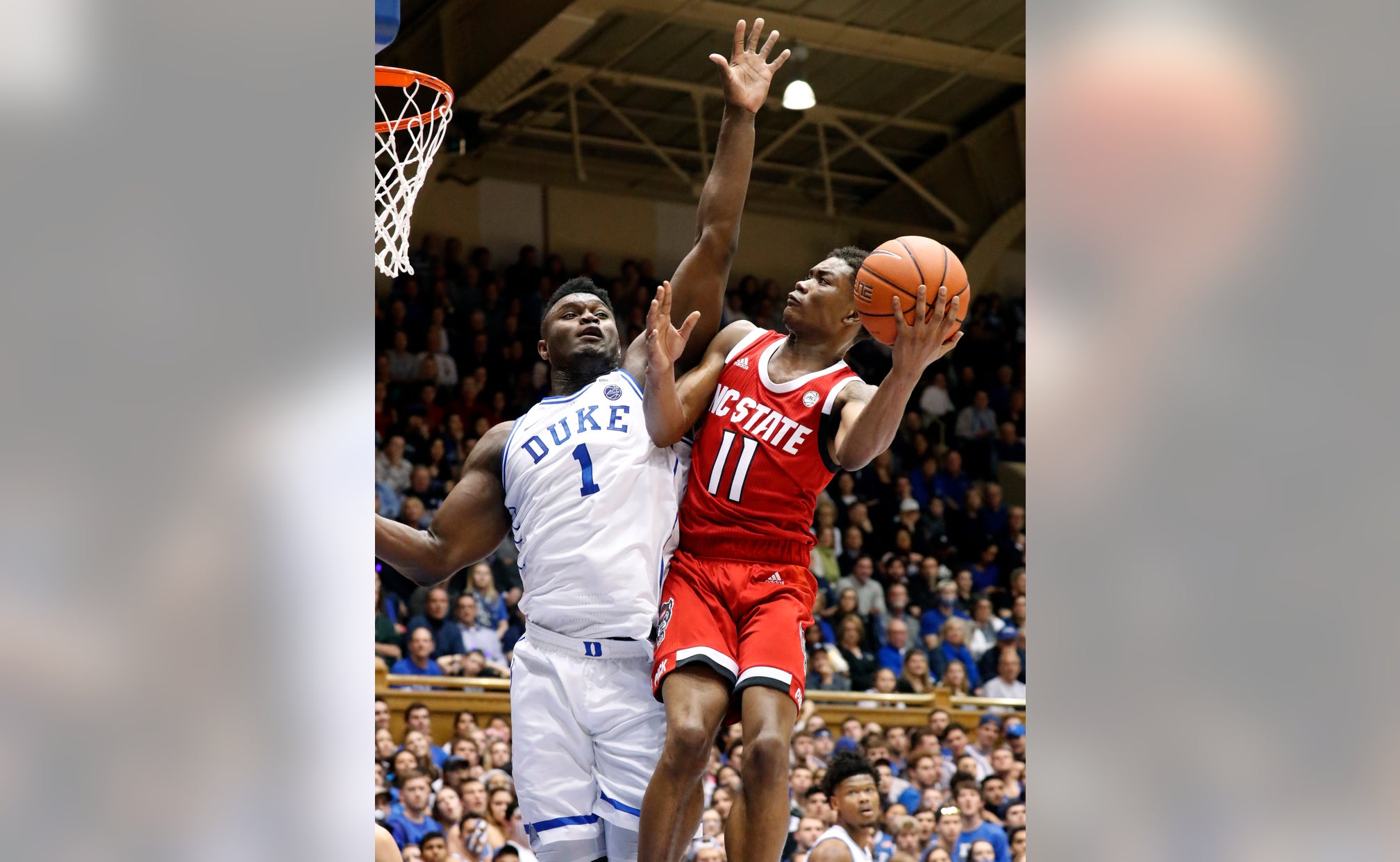 The freshman had the program's first triple-double in 13 years, finishing with 23 points, 11 rebounds and a season-high 10 assists in the Blue Devils' 94-78 victory over North Carolina State on Saturday night.

Barrett became the fourth Duke player with a triple-double and the first since Shelden Williams in January 2006. He completed it in the final minute, hitting Williamson for a layup that put Duke up 90-74.

"I wouldn't say satisfying, but I'm glad I could help, because he is my brother," Williamson said with a smile. "If it was anybody, I'm glad it was me."

Markell Johnson had 16 points and 10 assists, Torin Dorn scored 17 points and C.J. Bryce added 13 points for the Wolfpack (18-8, 6-7), who had their two-game winning streak snapped.

N.C. State: The Wolfpack played like a team that believed it could beat Duke — because they had, winning each of the last two meetings — and kept coming up with an answer when the Blue Devils tried to pull away. But their struggles to keep Duke from scoring in the paint — the Blue Devils had 58 points there — kept them from their first three-game winning streak in the series since 1987-88.

"You've got to cut down on your mistakes and you've got to be able to rebound the basketball," N.C. State coach Kevin Keatts said. "But I like my team. We've fought and competed against every team in this league."

Duke: The Blue Devils didn't need a rally in this one, unlike their victory at Louisville four nights earlier in which they stormed back after trailing by 23 with less than 10 minutes left. They kept one neighborhood rival at arm's length all night — though they never really delivered a knockout blow — and now they can focus on a bigger one: No. 8 North Carolina, which comes in Wednesday night.

Barrett did everything for Duke except turn the ball over — this was his first game with zero turnovers. "I've been having so many turnovers lately, so I'm really happy for that," he said. He'd flirted with triple-doubles twice before, finishing three assists shy of one against Stetson in December and was one assist short of one last month in the home loss to Syracuse.

There was even more buzz inside Cameron Indoor Stadium for this one, with boxer Floyd Mayweather sitting directly behind the Duke bench and next to former Blue Devils guard Quinn Cook. Among the handful of other NBA players in attendance was Minnesota's Tyus Jones, the older brother of the current Duke point guard, and Phoenix's T.J. Warren, a Durham native and former N.C. State star who was in the stands with NBA All-Star Weekend taking place 2 hours away in Charlotte.

"I think that's just the Duke effect," Williamson said. "You've got to understand, (Mike Krzyzewski) is the greatest coach of all time, so a lot of people want to just come and experience Cameron. We appreciate Floyd and especially the former players who came back, because you know, they're part of the brotherhood."

"Why are they talking about me? Oh my gosh. I guess it's dope. I mean, those are two of the best players in the league. But I mean, I'm hoping to be there competing against them next year," — Williamson, when he was told that LeBron James and Stephen Curry were talking about him at NBA All-Star media day. Williamson has not formally announced his plans for next season.

"He's very advanced, and he's very young, and he's going to be here a very short time," Krzyzewski, on Barrett.

Duke: Plays host to the Tar Heels on Wednesday night.