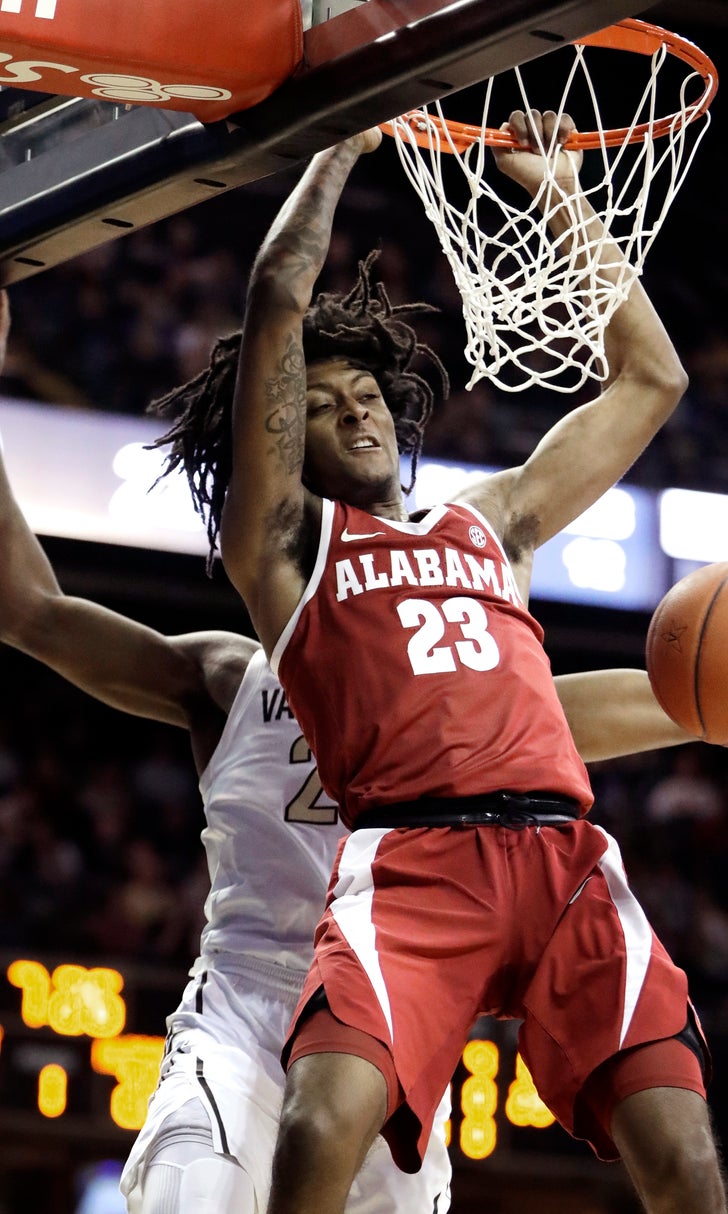 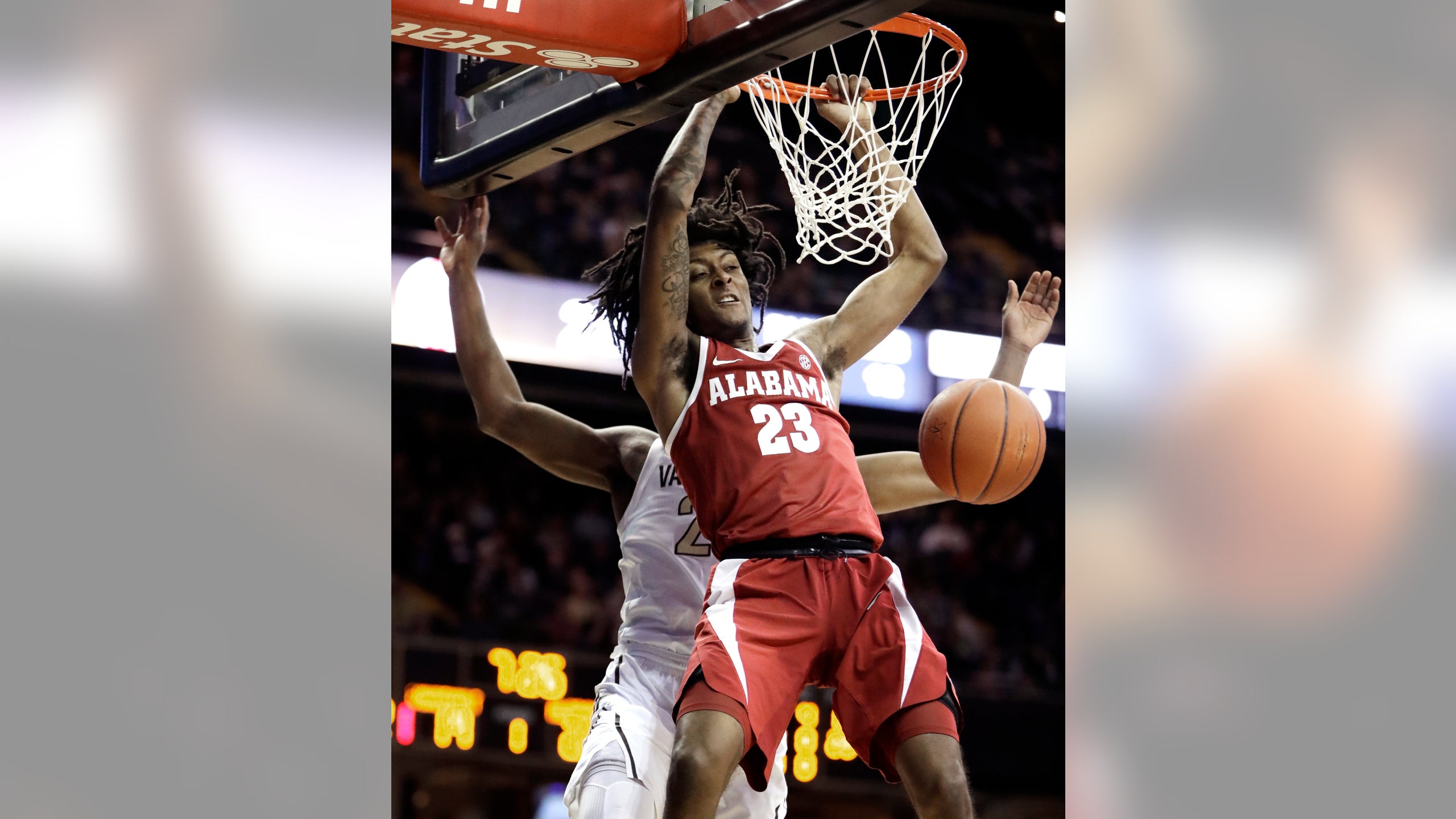 NASHVILLE, Tenn. (AP) — The Alabama Crimson Tide started turning the ball over so much that coach Avery Johnson joked that they went into their Harlem Globetrotters' look.

Riley Norris scored six points in the final 2:13, and Alabama beat Vanderbilt 77-67 Saturday night for a second straight victory for the Crimson Tide.

Alabama (15-8, 6-4 Southeastern Conference) started a two-game road swing with its third win in four games, and better yet this came in a building where the Tide has had very little success over the decades. Alabama had lost 14 of the last 15 games in this series at Memorial Gym. That's why Johnson is in no mood to quibble about how the Tide won.

"We haven't had any success in this building, so I don't care if it's a one-point win or a 10-point win," Johnson said. "We're very, very fortunate to win this game and grateful because this is a tough place to play."

The loss simply extended the misery of the SEC's only winless team in league play. Vanderbilt (9-14, 0-10) now is mired in the program's longest skid in 34 years at 11 straight, and this latest loss came a day after former athletic director David Williams died unexpectedly.

A moment of silence was held before the national anthem. The Commodores wore a black stripe across their right shoulder with "DW" patches on order, and senior Joe Toye wrote "DW" on his shoe. A bouquet of yellow roses sat in Williams' seat for a man who left that job only a week ago.

"Riley Norris was huge tonight," Johnson said. "We shot the 3 extremely well. I don't think I've had a team here hit 12 for 24 from 3. Very efficient."

Saben Lee led Vanderbilt with 24 points, and Simisola Shittu had 11.

Alabama led 38-31 at halftime and pushed that lead to 62-43 for its biggest lead on an Ingram 3 midway through the half as part of a 17-4 run. The Commodores went 7 minutes without a field goal and appeared done.

Then they responded with a 17-3 run and pulled within 65-60 on a Shittu layup with 5:20 left. But Lee missed the front end of a one-and-one. Norris hit three free throws and then knocked down Alabama's 12th 3-pointer of the game with 1:46 left to help seal the victory.

Drew said he didn't talk to his Commodores about Williams on Saturday. But he liked how they responded in the second half with nine straight defensive stops that included seven turnovers forced.

"Credit Alabama," Drew said. "They made 12 3s, they shot 81 percent from the free throw line, so they made big shots when they needed to."

Alabama: The Tide snapped a three-game skid as they started a two-game road swing. ... The Crimson Tide also improved to 15-3 when scoring 70 or more points.

Vanderbilt: The Commodores now have tied the 11-game skid of the 1984-85 season. They're three losses from matching the program's longest skid of 14 straight set over the span of the 1934-35 and 1935-36 seasons. ... Part of the Commodores' struggles is the inability to rally in the second half. They dropped to 0-11 when trailing at halftime this season.

Alabama had an 11-5 edge on the offensive boards and outshot Vanderbilt 81 percent (17 of 21) to 60.7 percent (17 of 28) at the free throw line. Those are both areas where Drew and his coaches have been working on in practice. Drew called their free throw struggles momentum killers in their runs.