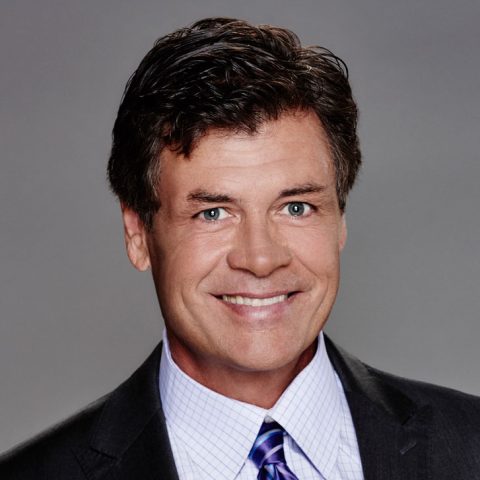 A member of FOX NASCAR’s Cup Series coverage since 2012 and its Truck Series team since 2004, Waltrip also contributes analysis on NASCAR RACEDAY, the network’s prerace show.

Waltrip originally joined the broadcasting world with the launch of Speedvision’s INSIDE WINSTON CUP following the 1996 Daytona 500, joining with host Allen Bestwick and fellow drivers Ken Schrader and Johnny Benson. The show continued after the purchase of Speedvision by FOX in 2001, changing names to INSIDE NEXTEL CUP following the series title change in 2004 and eventually to THIS WEEK IN NASCAR, beginning in 2008. Waltrip also enjoyed roles on TRACKSIDE, FAST TRACK TO FAME and NASCAR NATION, in addition to serving in the Cup Series prerace analyst role from 2001-2018.

In addition to work for Speedvision and FOX Sports, Waltrip also co-hosted Showtime’s “Inside NASCAR” program from 2010-‘12. He is nationally renowned for numerous commercial appearances for major marketers, including Aaron’s, NAPA, Dominos, Best Western, UPS and Toyota.

In 2007, Waltrip ushered Toyota into the NASCAR CUP SERIES as team owner for Michael Waltrip Racing and driver of the No. 55 Toyota, leading the manufacturer’s efforts in its first year of Cup competition. Waltrip opened the doors of his one-of-a-kind race shop and fan experience in a former movie theater in Cornelius, N.C., and welcomed Rob Kauffman as co-owner in the fall of 2007. In 2012, MWR earned its first two berths in the Chase for the NASCAR Cup with Clint Bowyer, who finished second, and Martin Truex Jr. In 2010, Waltrip segued to a part-time driving schedule and scored two top-five finishes in only four starts in 2013. MWR campaigned fulltime in the Cup Series through the conclusion of the 2015 season.

The Owensboro, Ky., native spent 33 years as a driver in the NASCAR CUP SERIES. He won the 2001 and 2003 DAYTONA 500, making him one of 10 multi-time winners. Waltrip owns four Cup wins and four pole positions, alongside 11 career NASCAR XFINITY SERIES wins and one NASCAR CAMPING WORLD TRUCK SERIES victory – at the 2011 Daytona race in a last-lap pass. He made his Cup Series driving debut in the 1985 COCA-COLA 600 at Charlotte Motor Speedway, where he also won the 1996 NASCAR ALL-STAR RACE, as well as the 1991 and 1992 Winston Open and 1995 Winston Select.

Waltrip currently hosts a weekly podcast titled “Waltrip Unfiltered,” featuring stars and personalities from the world of NASCAR. His best-selling book, “In the Blink of an Eye,” marked the 10th anniversary of his 2001 DAYTONA 500 victory. After hitting the shelves in January 2011, it soared to fourth and spent 11 weeks on The New York Times Best-Seller list. In 2019, his documentary, “Blink of an Eye” was released to critical acclaim. Additionally, Waltrip advanced to the seventh round of competition in “Dancing with the Stars” in 2014 with dance partner Emma Slater.

Waltrip, a member of the Kentucky Sports Hall of Fame, competed in the 24 Hours of Le Mans, the world’s most prestigious sports car race, in June 2011, and raced in the Rolex 24 in January 2012 with Kauffman. Waltrip has two daughters, Caitlin and Macy, and two grandsons, Bryson and Jaxon, and resides in Huntersville, N.C.