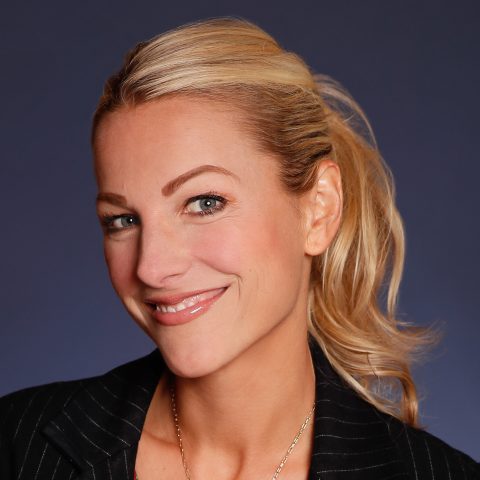 Prior to joining FOX Sports, Czarniak worked at ESPN from 2011 to 2017, anchoring “SportsCenter,” “SportsNation” and “NASCAR Now.” During this time, she became the first woman to host the network’s coverage of the Indianapolis 500 on ABC.

Czarniak hosts a podcast titled “Players,” in which she focuses on country music artists and their sports interests. In August 2019, she embarked on a hosting role for Netflix’s reality racing competition series, “Hyperdrive.” She also anchored CNN’s “Bleacher Report” sports segments.

Czarniak spent several years as sports anchor and reporter at WRC-TV in Washington, D.C., anchoring daily sportscasts, reporting from major events and hosting “Sport Final,” “Redskins Report” and “The Coaches Show” with Mike Shanahan. She also hosted and produced “Lunch with Lindsay,” a sports segment in which she interviewed renowned athletes, politicians and entertainers. While at WRC, she was a protégé of sportscasting legend and racing enthusiast George Michael, who called her “the best hire I’ve ever made,” and co-hosted “The George Michael Sports Machine” early in her tenure.

Her time at WRC earned Czarniak an Emmy Award, as well as a call by parent network NBC to serve as a pit reporter for NBC Sports’ NASCAR coverage. She also hosted prerace coverage for Turner Sports’ six summer NASCAR races and reported for NBC Sports’ Heads-Up Poker Challenge. Czarniak also reported from the 2006 Winter Games in Turin, Italy, and the 2008 Summer Games in Beijing for NBC.

Czarniak’s first job in Washington was as an intern for WUSA as a college student before accepting a position at CNN as a production assistant. Her first on-air role as a news reporter was for WAWS/WTEV-TV in Jacksonville, Fla., before moving to WTVJ in Miami and FOX Sports’ Speed Channel as an ARCA RACING SERIES pit reporter.

Born in Harrisburg, Pa., Czarniak was raised in northern Virginia. She was immersed in sports as a young girl, as her father was a sports editor and reporter. Czarniak graduated from James Madison University in 2000 with a major in journalism and a minor in studio art. She played lacrosse and field hockey in high school.

Czarniak currently resides in Connecticut with her husband, Craig Melvin, and their two children. In her spare time, Czarniak enjoys country music and horror movies. You may follow her on Twitter at @lindsayczarniak