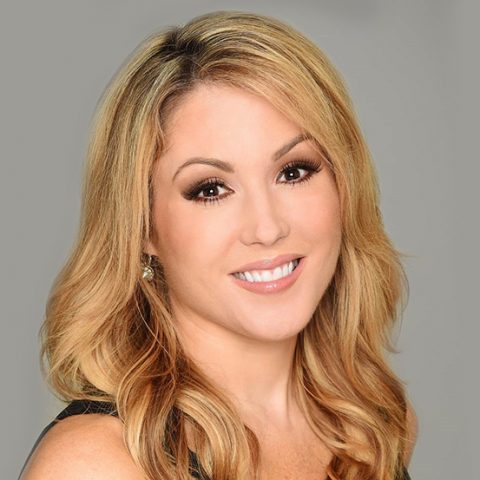 Jennifer Hale embarks on her ninth FOX NFL season in 2019, serving as a sideline reporter alongside play-by-play announcer Dick Stockton and analyst Mark Schlereth. Hale also covers the NBA’s New Orleans Pelicans for FOX Sports Southwest, as well as the Westminster Kennel Club Best In Show and the WKC Agility Championship for FOX Sports. Additionally, she fills in as host of SKIP AND SHANNON: UNDISPUTED on FS1.

Through her work for FOX Sports, FOX NFL and FOX Sports Southwest, Hale has covered premier players for both leagues during their largest events, including the Super Bowl, All-Star Weekend and the NBA Playoffs. She joined the NFL on FOX in 2011 and as a sideline reporter for New Orleans’ NBA franchise in 2012.

When she’s not covering the sidelines, Hale utilizes her versatile talents to host events such as the Final Four’s Oscar Robertson Trophy Presentation, mediate discussions like the Laureus Foundation’s Legend-to-Legend Series, or emcee various charity events, including the Lighting of the French Quarter Balconies benefitting Children’s Hospital. She has served as the keynote speaker for several national associations, most recently the Associated Press Sports Editors convention. Hale has won multiple Emmy, Edward R. Murrow and Associated Press Awards for both her sports and news coverage. Hale also covers the NBA playoffs for TNT.

Hale began her journalism career as a political and investigative reporter/anchor after earning a master’s degree from Northwestern University’s Medill School of Journalism and attending the Fund for American Studies’ Institute on Political Journalism at Georgetown University. In 2009, the prestigious RIAS Commission chose her as a fellow to travel to Germany and study US-German relations, as well as the evolution of former East German cities since the fall of Communism. After completing the RIAS Fellowship, Hale proceeded to anchor a four-hour morning show for WVUE-TV in New Orleans, covering a wide variety of topics from politics and sports, to the city’s culinary and musical scene.

A native of New Orleans, Hale received a bachelor’s degree in political science from Louisiana State University, where she captained the school’s cheerleading program. She completed her undergraduate studies at LSU’s Honors College, and was named LSU’s Homecoming Queen and Miss LSU. Hale received her master’s degree in Broadcast Journalism from the Medill School of Journalism at Northwestern University.

Hale published her first book, “Historic Plantations of Alabama’s Black Belt,” in 2009 and currently is working on her second publication. A proud resident of New Orleans’ historic French Quarter, Hale spends her free time soaking up the local music scene, cooking, cycling and writing. She also is an avid TRX and Cross Fit enthusiast. In addition, Hale founded “All Access Sideline Pass,” an organization that focuses on educating and empowering young women in the New Orleans community through outreaches and seminars, and in 2014, signed on as the Women’s Health spokesperson for Thibodaux Regional Hospital in New Orleans.

“New Orleans Magazine” named Hale a Top Female Achiever in 2015 and “Gambit Magazine” selected her for the Top 40 Under 40 in 2016. You may follow her on Twitter and Instagram at @JenHale504.