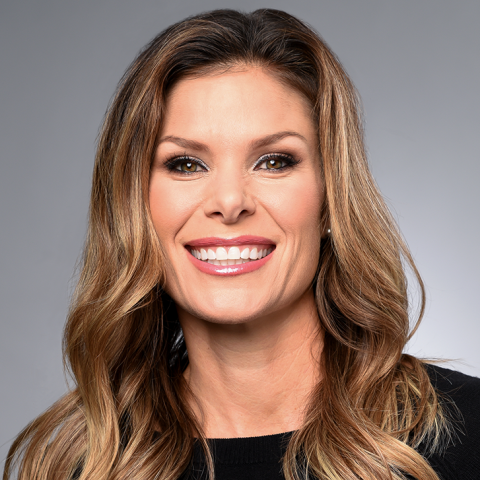 Veteran motor sports reporter Jamie Little joined FOX NASCAR in 2015 to cover pit road for the NASCAR CUP SERIES and NASCAR XFINITY SERIES. Little, in her 19th year as a broadcaster, also serves as a reporter for NASCAR RACEDAY, FOX Sports’ prerace show for the Cup Series. Her additional FOX NASCAR assignments over the years also have included select races and special events, including her pit reporting debut for the 2017 Rolex 24 at Daytona, hosting duties for FOX Sports’ coverage of Supercross and periodic guest hosting roles on FS1’s NASCAR RACE HUB.

Prior to joining FOX, Little spent 13 years at ESPN/ABC as a reporter for NASCAR (2007-’14), the IndyCar Series (2004-’14), Winter X Games and Summer X Games telecasts. Her television career began in 2002 as a reporter for ESPN immediately following graduation from college. She also has worked for SPEED, NBC and TNN.

She covered a variety of motor sports events for FOX Sports’ SPEED in 2002 and 2003, including the network’s live coverage of Daytona Supercross, which marked her live national broadcasting debut. She was the first female pit reporter for the television broadcast of the prestigious Indianapolis 500 (2004), and in 2015, became the first female pit reporter to cover both the DAYTONA 500 and the INDIANAPOLIS 500 for network TV’s live, flag-to-flag race coverage. In April 2016, she hosted FOX’s coverage of Supercross’ maiden appearance at Gillette Stadium.

In addition, Little was the first female to cover a televised Supercross and motocross event, and was one of the first female reporters in X Games history. In June 2018 at Michigan International Speedway, she made her play-by-play debut during a couple of NASCAR XFINITY SERIES practice sessions on FS1. In August 2015, the broadcasting veteran made her FIM MOTOGP™ WORLD CHAMPIONSHIP television-hosting debut, leading live FS1 coverage of the Red Bull Indianapolis Grand Prix. Furthermore, she has covered 11 Indianapolis 500s and eight Brickyard 400s and has hosted a variety of non-racing sporting events ranging from Paintball Championships to the Great Outdoor Games, in addition to live announcing roles in motocross and Monster Energy AMA Supercross. Little credits her lifelong passion for the sport and affinity for dirt bikes as the springboard for her entry into television. While still in college, she reported on various motor sports for ESPN2 and served as a live announcer in Supercross.

The Indianapolis resident is well-rounded outside the four corners of a race track, as well. In January 2020, she debuted as a reporter for A&E Network’s new show, “America’s Top Dog.” In 2013, she released her first book, titled “Essential Car Care for Women,” and has worked the red carpet for the ESPYs, in addition to hosting numerous NASCAR events away from the track. Furthermore, the popular racing video game “MX World Tour Featuring Jamie Little” bears her name and likeness. She also held a cameo role in the 2005 feature film, “Fantastic Four,” and “Supercross the Movie” starring Channing Tatum. On the entrepreneurial side, Little and her husband own two Jimmy John’s franchises in Las Vegas and opened a Nothing Bundt Cakes store in Carmel, Ind., in late 2018.

Little is extremely active in animal rescue work across the nation. Prior to moving to Indianapolis in late 2017, Little spent much of her free time volunteering at The Animal Foundation, Nevada’s largest animal rescue shelter, and served as its spokesperson. Her first solo charity project was a 2016 calendar titled “Las Vegas to the Rescue,” featuring Las Vegas celebrities, such as Wayne Newton, Carrot Top, UFC standout Miesha Tate and NASCAR driver Brendan Gaughan, posing with homeless pets from the shelter to promote adoption.

In 2016, she became one of nine women in her hometown of Las Vegas to be recognized for her charitable work with the annual Vegas Gives award and designated Speedway Children’s Charities as the beneficiary of her year-long fundraising. Little also served on the Board of Trustees for the Las Vegas chapter of Speedway Children’s Charities for three years.

A graduate of San Diego State University with a degree in Journalism, Little grew up in South Lake Tahoe, Calif., spent much of her life in Las Vegas and currently resides in Indianapolis with her husband, Cody Selman, son, Carter, and daughter, Sierra. You may follow her on Twitter at @JamieLittleTV and on Instagram @JamieLittleTV.