WWE Superstars set to cross over with today's top athletes in Ultimate Rivals: The Court 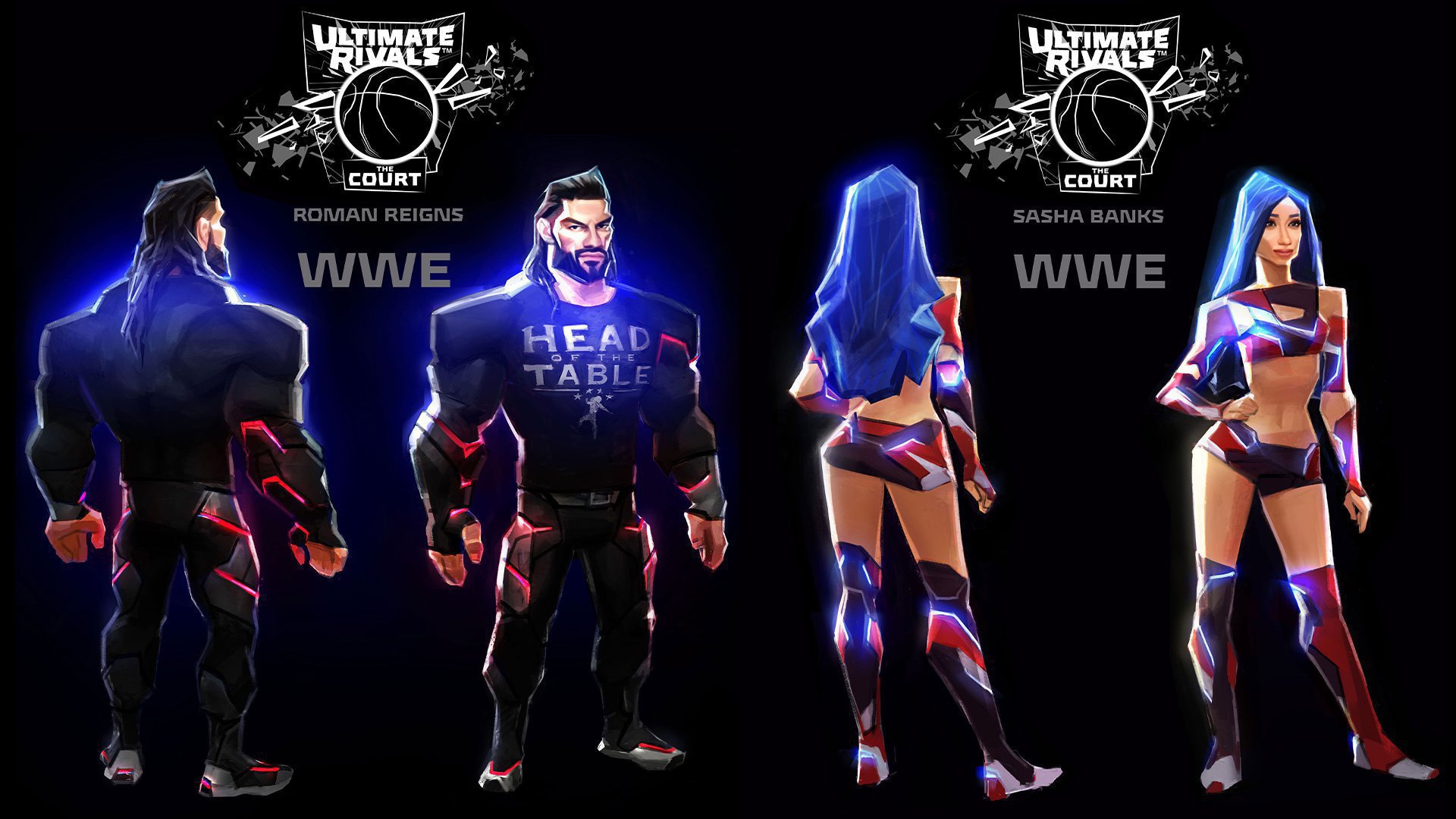 Bit Fry and WWE today announced a new licensing agreement that will see WWE Superstars and Legends integrated into the growing roster of Ultimate Rivals: The Court with WWE Universal Champion Roman Reigns and SmackDown Women’s Champion Sasha Banks the first to be added. Each Superstar will be available to compete with or against some of today’s most accomplished athletes across every major sports league in exciting three-on-three basketball games with six additional Superstars being announced in the coming months. Coming first to Apple Arcade later this year, Apple’s award-winning game subscription service that includes a one-month free trial, and expanding to Steam and consoles in the future, The Court is a follow-up to last year’s successful Ultimate Rivals: The Rink, shifting the action from the ice to the basketball court.

Created utilizing Unreal Engine, The Court features short-session games with arcade rules that increases the accessibility while delivering a deeper experience, where the most skilled players have the best chance to win.

“With WWE joining the Ultimate Rivals franchise, we can now really say that Bit Fry’s re-envisioning of arcade-action sports video-games has truly become ultimate,” remarked Ben Freidlin, CEO and founder of Bit Fry Game Studios, Inc. “Our promise to gamers has always been that they can build the ultimate team of athletes to compete in ways that only they can imagine, and that promise has just taken on a totally new dimension that we’re honored to have the creative opportunity to bring to life, and excited for our gamers to enjoy.”

Reigns and Banks will join other licensed athletes such as the NBA’s Giannis Antetokounmpo, Luka Doncic, De'Aaron Fox, Kawhi Leonard, Zion Williamson and James Harden, the WNBA’s Candace Parker, Diana Taurasi, Elena Delle Donne and Skylar Diggins-Smith, USWNT’s Alex Morgan, the NHL’s Alex Ovechkin, the NFL’s Juju Smith-Schuster and hockey legend Wayne Gretzky. In total, gamers will be able to choose from more than 140 competitors, including a robust roster of unlockable talent existing from The Rink.

“Bit Fry is a leading innovator in arcade-style sports games and we are thrilled to partner with them to integrate WWE’s larger-than-life characters and pop culture icons next to some of the biggest athletes across the world of sports,” said Sarah Cummins, WWE Senior Vice President, Consumer Products. “This partnership creates another way for our passionate fans to engage with their favorite WWE Superstars and Legends in a unique setting while giving WWE new opportunities to connect with a variety of sports fans.”

Players can compete in online multiplayer or single player matches against AI opponents using touch controls or Bluetooth-connected console controllers with new challenges such as The Gauntlet and a fighting game inspired training mode for the first time ever. All of this will be supported by an audio track from legendary video-game voice actor Tim Kitzrow (NBA Jam, NFL Blitz, Wayne Gretzky 64), who fans fondly remember from the Midway sports titles of the 90’s.

New characters and leagues will be revealed in the coming months and players can visit www.ultimaterivals.com for the latest information.