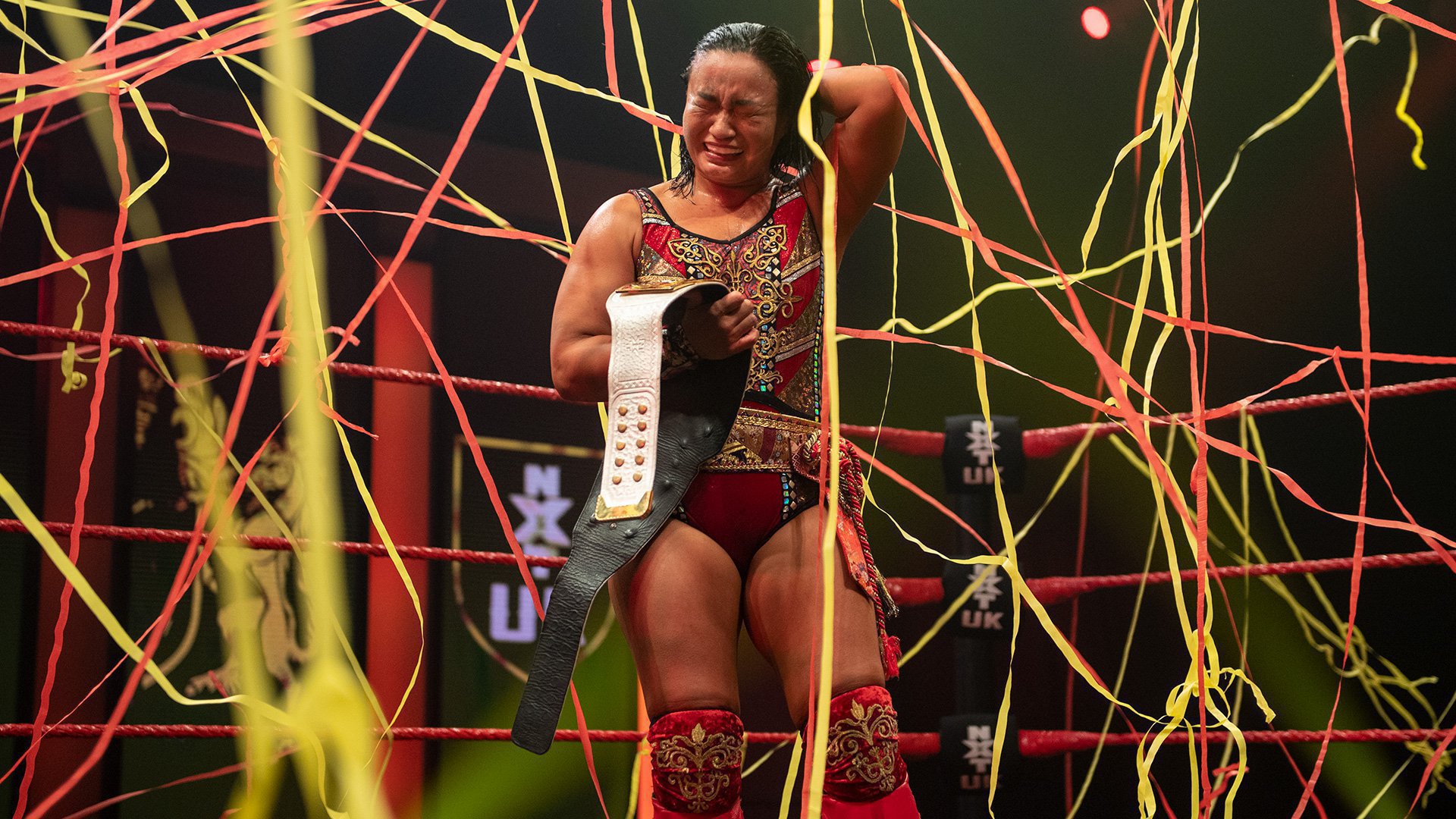 Meiko Satomura stands as the new NXT UK Women's Champion, dethroning Kay Lee Ray and ending her historic reign after an epic encounter. Elsewhere, WALTER returned to NXT UK to issue a firm warning to the entire roster, Jordan Devlin picked up a win over Saxon Huxley and more.

On a must-see edition of NXT UK, Meiko Satomura is set to challenge NXT UK Women’s Champion Kay Lee Ray in what is arguably the most-anticipated title rematch in the brand’s history.

The Best in the World came within an eyelash of dethroning “The Forever Champion” in their first championship encounter in March, but Ray persevered by clobbering Satomura with her second Gory Bomb of the match to retain.

Champion and challenger shared an emotional embrace after the epic encounter, but that sportsmanship was nowhere to be found when Satomura pinned Isla Dawn and Jinny in a Gauntlet Match to earn another championship match. Instead, Ray hit the scene and bowed to Satomura, but when The Final Boss returned the sign of respect, she was met with a swift kick to the head.

With animosity at an all-time high, who will prevail in a battle between two of NXT UK’s most dangerous competitors?

Additionally, more than two years into his reign, NXT UK Champion WALTER will address the NXT UK Universe. Over the past several months, The Ring General retained his title in barnburners against the likes of Rampage Brown, A-Kid and Ilja Dragunov. Will a new contender emerge?

Plus, Saxton Huxley is primed to square off with Jordan Devlin, while Dan Moloney and Andy Wild will join forces against Symbiosis.

Don’t miss an incredible edition of NXT UK, streaming Thursday at 3 ET/8 BST on Peacock in the United States and on WWE Network elsewhere!

WALTER
share story
Fox Sports™ and © 2021 Fox Media LLC and Fox Sports Interactive Media, LLC. All rights reserved. Use of this website (including any and all parts and components) constitutes your acceptance of these Terms of Use and Updated Privacy Policy. Advertising Choices. Do Not Sell my Personal Info