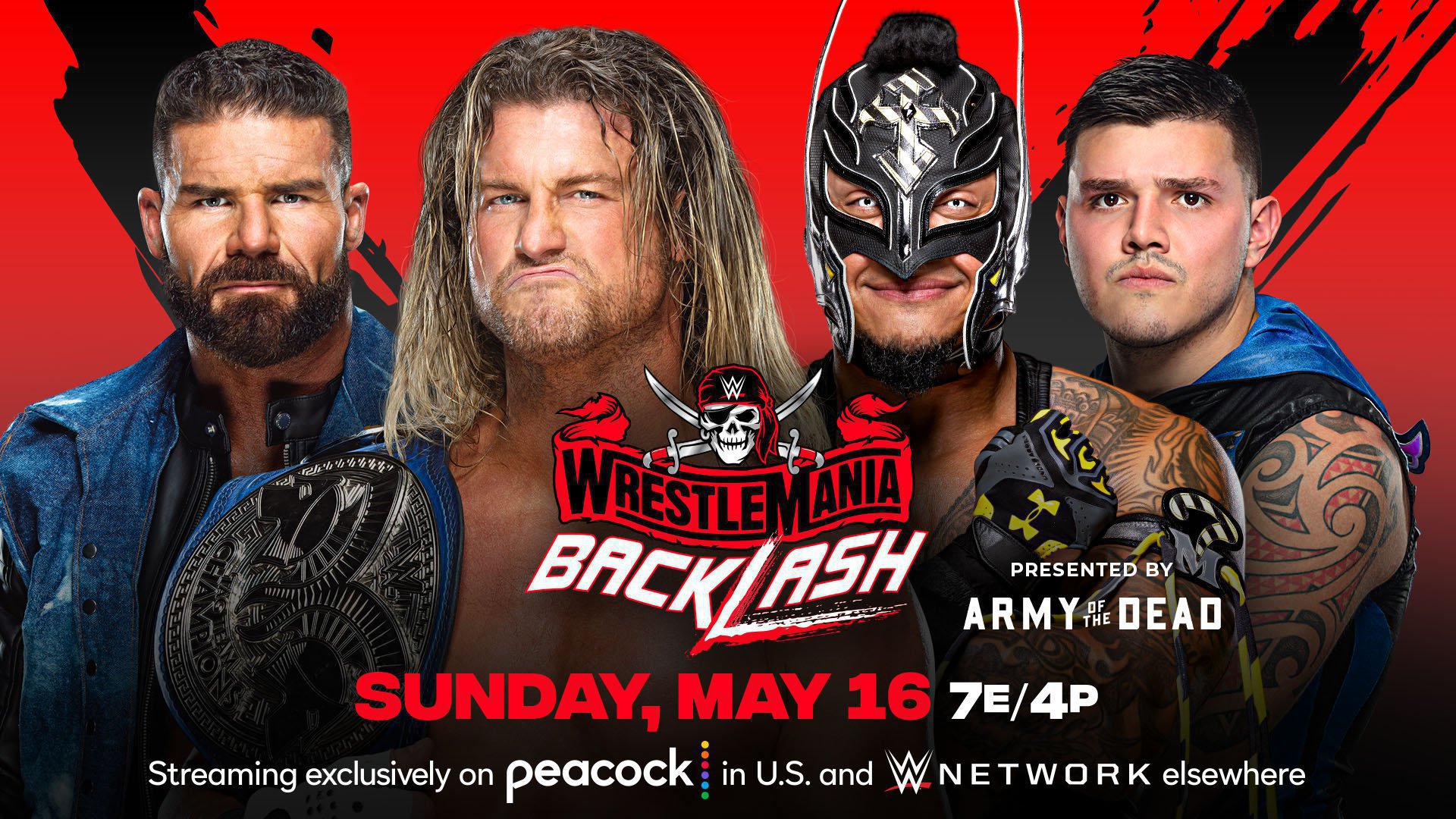 Since coming together as a tandem, the natural chemistry and fast-paced athleticism of the Mysterios has helped them flourish as a tag team and slowly evolve into top contenders for the gold.

You may not like Roode & Ziggler, but you have to respect their ability as champions. In addition to both Superstars having an exceptional arsenal of maneuvers to pull from respectfully, they have shown time and time again as a team that they will do whatever it takes to emerge victorious and keep the illustrious titles in their possession. Without question, conquering the Dirty Dawgs will be no easy task.

Don’t miss WrestleMania Backlash, Sunday, May 16, beginning at 7 ET/4 PT, exclusively on Peacock in the United States and WWE Network everywhere else.

Rey Mysterio
share story
Fox Sports™ and © 2021 Fox Media LLC and Fox Sports Interactive Media, LLC. All rights reserved. Use of this website (including any and all parts and components) constitutes your acceptance of these Terms of Use and Updated Privacy Policy. Advertising Choices. Do Not Sell my Personal Info