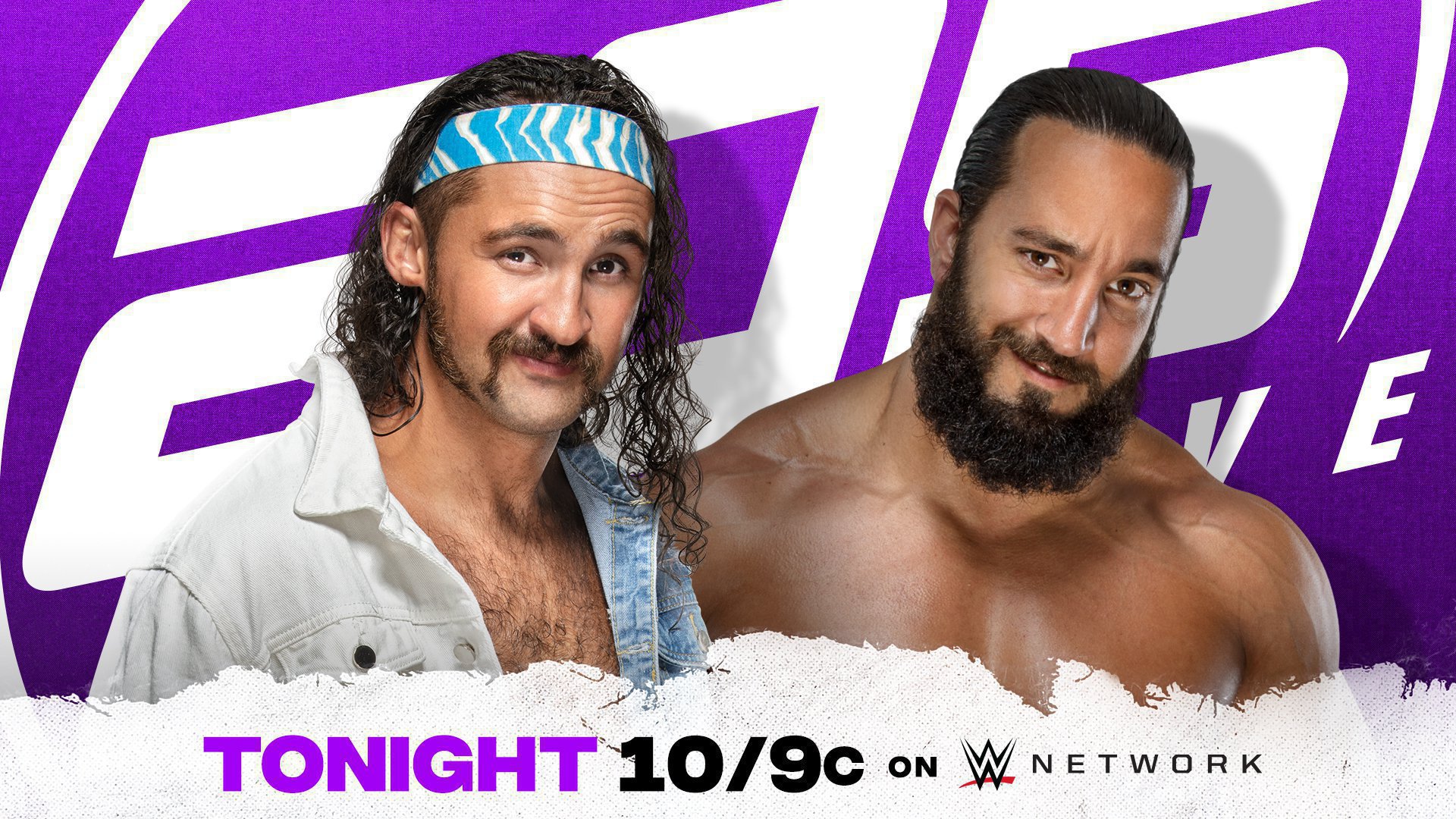 After three different iterations of “Bolly-Rise” combined to go 0-3 over the last three weeks, Ever-Rise are looking to get back in the win column without the assistance of The Bollywood Boyz.

Accomplishing such a feat will be much easier said than done, however, as they’ll tangle with Mansoor and Curt Stallion, who were each part of the quartet that dealt “Bolly-Rise” a loss in last week’s Eight-Man Tag Team Match.

Mansoor enters tonight’s bout with his undefeated record intact, while Stallion came within an eyelash of winning the NXT Cruiserweight Champion from Santos Escobar and also scored the winning pinfall last week against “Bolly-Rise.”

August Grey had a rough night on last week’s 205 Live, as he caught a pre-match beatdown in the backstage area when Tony Nese and Ariya Daivari suddenly ambushed him during an interview. And right when Grey appeared to be closing in on a victory against Daivari Dinero later that evening, The Premier Athlete interfered to tee up his comrade for a controversial win.

Can The Life of the Party somehow overcome the odds this week?

Don’t miss what is certain to be a thrilling edition of 205 Live, streaming tonight at 10/9 C on the award-winning WWE Network!

World Wrestling Entertainment
share story
Stewart Cink, 47, wins RBC Heritage for second victory of season Stewart Cink wrapped up the wire-to-wire victory Sunday at the RBC Heritage, winning for the second time this season.
6 MINS AGO • GOLFCHANNEL.COM
Moran HR, RBI double in 10th leads Pirates over Brewers 6-5 Colin Moran doubled home the go-ahead run in the 10th inning and also hit a three-run homer as the Pittsburgh Pirates beat the Milwaukee Brewers 6-5
6 MINS AGO • ASSOCIATED PRESS
Boston Celtics: MA Congresswoman doesn’t want Marcus Smart trade If it were up to Massachusetts congresswoman Ayanna Pressley, Marcus Smart would be a member of the Boston Celtics for the rest of his playi...
7 MINS AGO • HARDWOODHOUDINI.COM
Villanova's Daniel Smith throws mind-bending touchdown, gets Patrick Mahomes' attention It's a touchdown that needs to be seen to be believed.
7 MINS AGO • SPORTINGNEWS.COM
Alex Palou scores 1st career IndyCar win in Ganassi debut Alex Palou scored his first career IndyCar victory in his debut race with Chip Ganassi Racing by winning the series opener at Barber Motorsports Park in Birmingham, Alabama
7 MINS AGO • ASSOCIATED PRESS
Fox Sports™ and © 2021 Fox Media LLC and Fox Sports Interactive Media, LLC. All rights reserved. Use of this website (including any and all parts and components) constitutes your acceptance of these Terms of Use and Updated Privacy Policy. Advertising Choices. Do Not Sell my Personal Info