Damian Priest def. The Miz in a Lumberjack Match 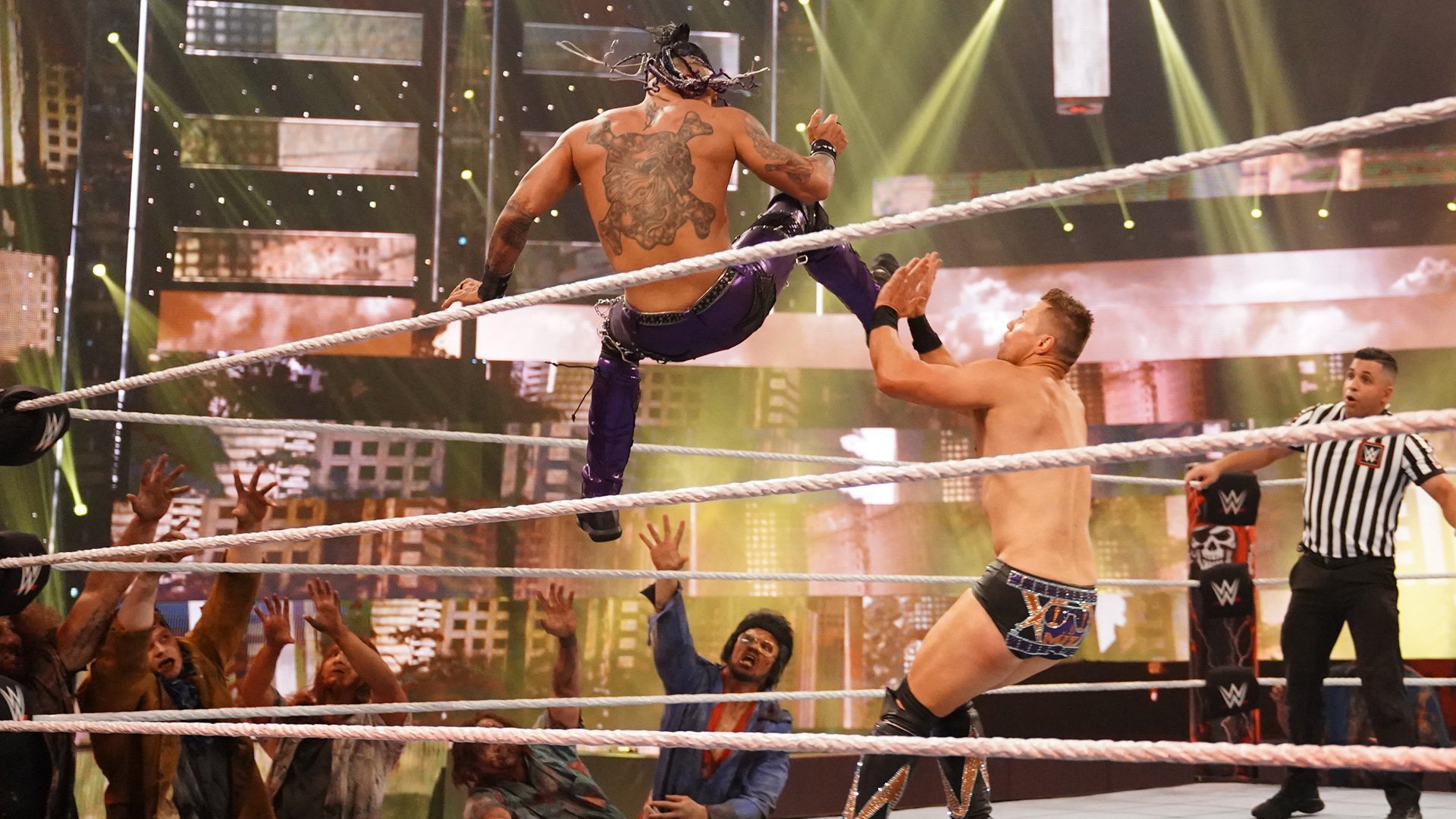 The dead was raised at WrestleMania Backlash and so was the hand of The Archer of Infamy.

Damian Priest defeated The Miz in the most bizarre of Lumberjack Matches, overcoming a horde of zombies as well as The A-Lister.

With the archrivals set to square off, zombies overran the WWE Thunderdome, and they stopped Miz and John Morrison’s every attempt to flee, leaving Miz with no choice but to enter the ring with Priest.

While Priest and Miz had to worry about not only each other, but also the undead surrounding the ring, they both made a strong accounting of themselves. The zombies eventually struck, though, dragging both competitors to the outside.

In perhaps an even unlikelier sequence of events, the two enemies temporarily worked together to fight the zombies before returning to the ring.

Morrison also returned to ringside to help the Miz, only to find himself taken captive by the zombies. Priest dropped The A-Lister with the Reckoning for the three-count and made a quick exit as the zombies overtook the ring and seized upon The Miz, leaving him to suffer a fate unknown.