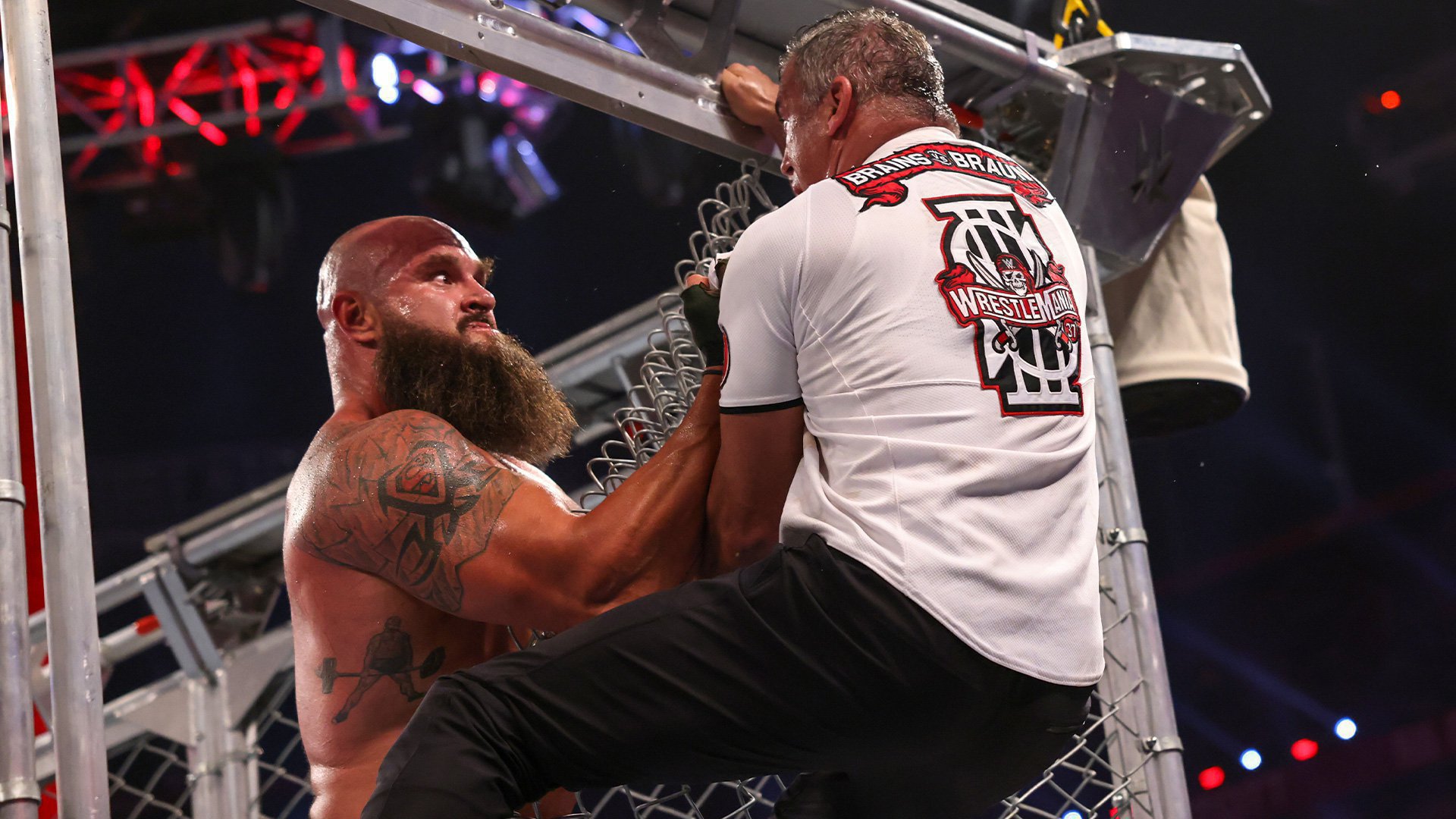 After weeks of bullying and ridicule, Shane McMahon’s debt came due on The Grandest Stage of Them All.

Braun Strowman dismantled Shane-O-Mac in awe-inspiring fashion, winning only the second Cage Match in WrestleMania history and the first in 35 years.

Faced with the culmination of a conflict that began over Strowman’s perceived slight at the lack of a WWE Title opportunity and transformed into a deeply personal rivalry, Shane appeared to experience almost instant regret, trying to prevent The Monster Among Men from entering the cage.

It turned out to be only a smokescreen to allow Elias and Jaxson Ryker to assault Strowman’s legs with steel chairs. Once inside the cage, Shane continued the assault with his own chair, grounding the behemoth.

Strowman began to flex his power, though, launching Shane into the steel in effortless fashion. However, due to the earlier damage, Strowman’s legs gave out on a later Running Powerslam attempt.

Shane capitalized, defying gravity with the Coast-to-Coast, and Elias and Ryker remerged to try to help him over the top of the cage. He was halfway there when Strowman rammed them off to the floor.

Shane-O-Mac bought time with a brutal toolbox strike to Strowman, but it was only a temporary respite. The Monster Among Men grabbed Shane’s hand through the chain link and ripped the cage apart in an unbelievable display of strength before pulling Shane back in to foil his escape.

Finally, Strowman made his foe’s worst fears come true, dragging Shane atop the cage before tossing him to the mat like a bug with a deafening thud.

Braun added an exclamation mark with the Running Powerslam for the pin, sealing perhaps the most satisfying victory of his career.