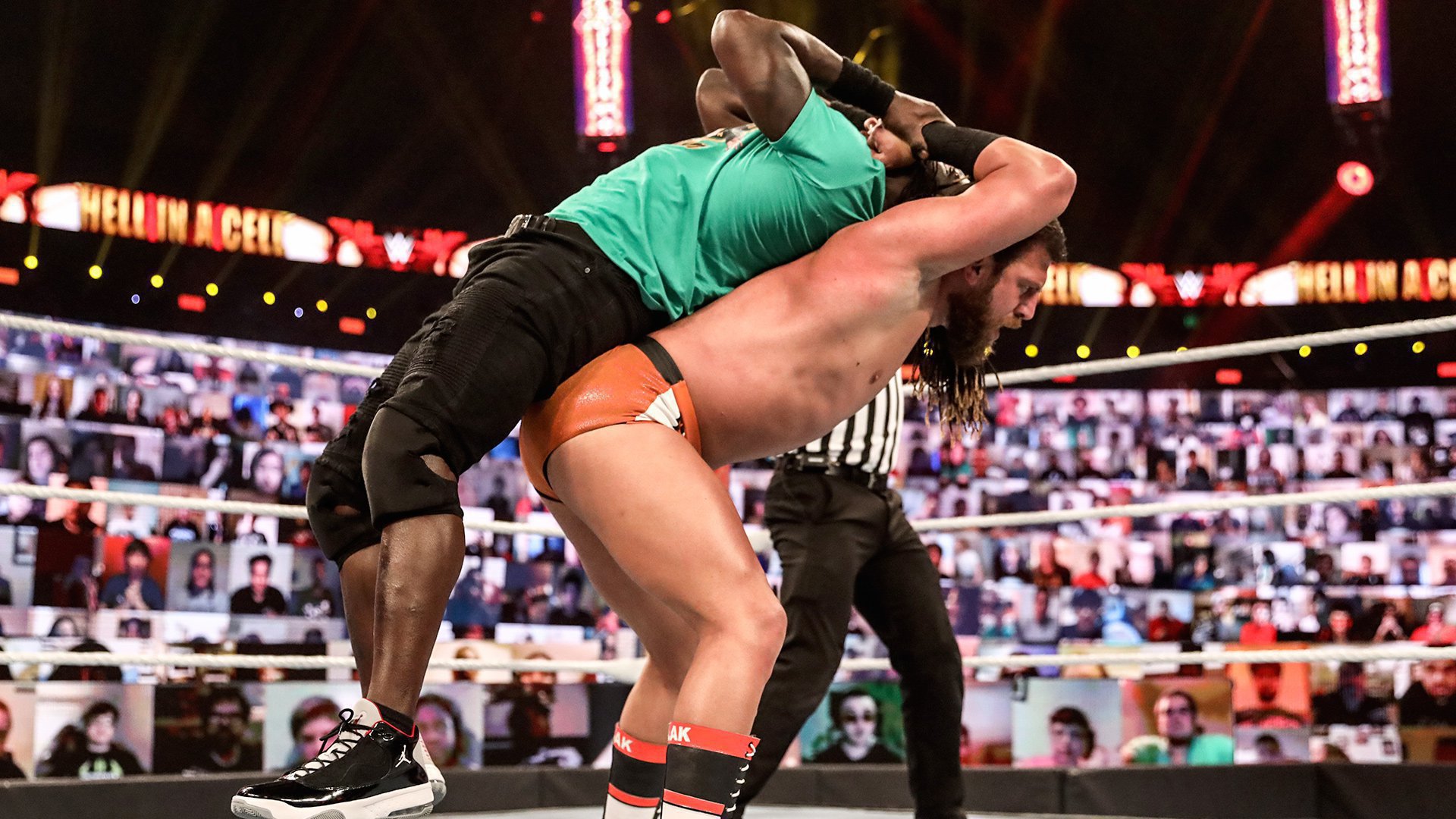 R-Truth is still the 24/7 Champion after a win over Drew Gulak on the WWE Hell in a Cell Kickoff, defeating the mat wizard with a clever move of his own.

Little Jimmy even made an appearance, though he felt Gulak's wrath, as The Philadelphia Stretcher apparently attacked Jimmy, lighting a fire under Truth and prompting unusual aggressiveness.

Gulak wrestled control away from the 42-time 24/7 Champion before Truth executed several of his childhood hero John Cena's signature maneuvers. He put the challenger away with a crafty counter into a jackknife cover before being chased out of the WWE ThunderDome by Akira Tozawa, Gran Metalik, Lince Dorado and Gulak himself, all in pursuit of Truth's coveted title.

Drew Gulak
share story
Fox Sports™ and © 2021 Fox Media LLC and Fox Sports Interactive Media, LLC. All rights reserved. Use of this website (including any and all parts and components) constitutes your acceptance of these Terms of Use and Updated Privacy Policy. Advertising Choices. Do Not Sell my Personal Info