On the latest episode of WWE 205 Live, Oney Lorcan battled Tony Nese and Ariya Daivari in a Triple Treat Match. Plus, Gentleman Jack Gallagher and The Brian Kendrick collided in the latest chapter of their intense rivalry. 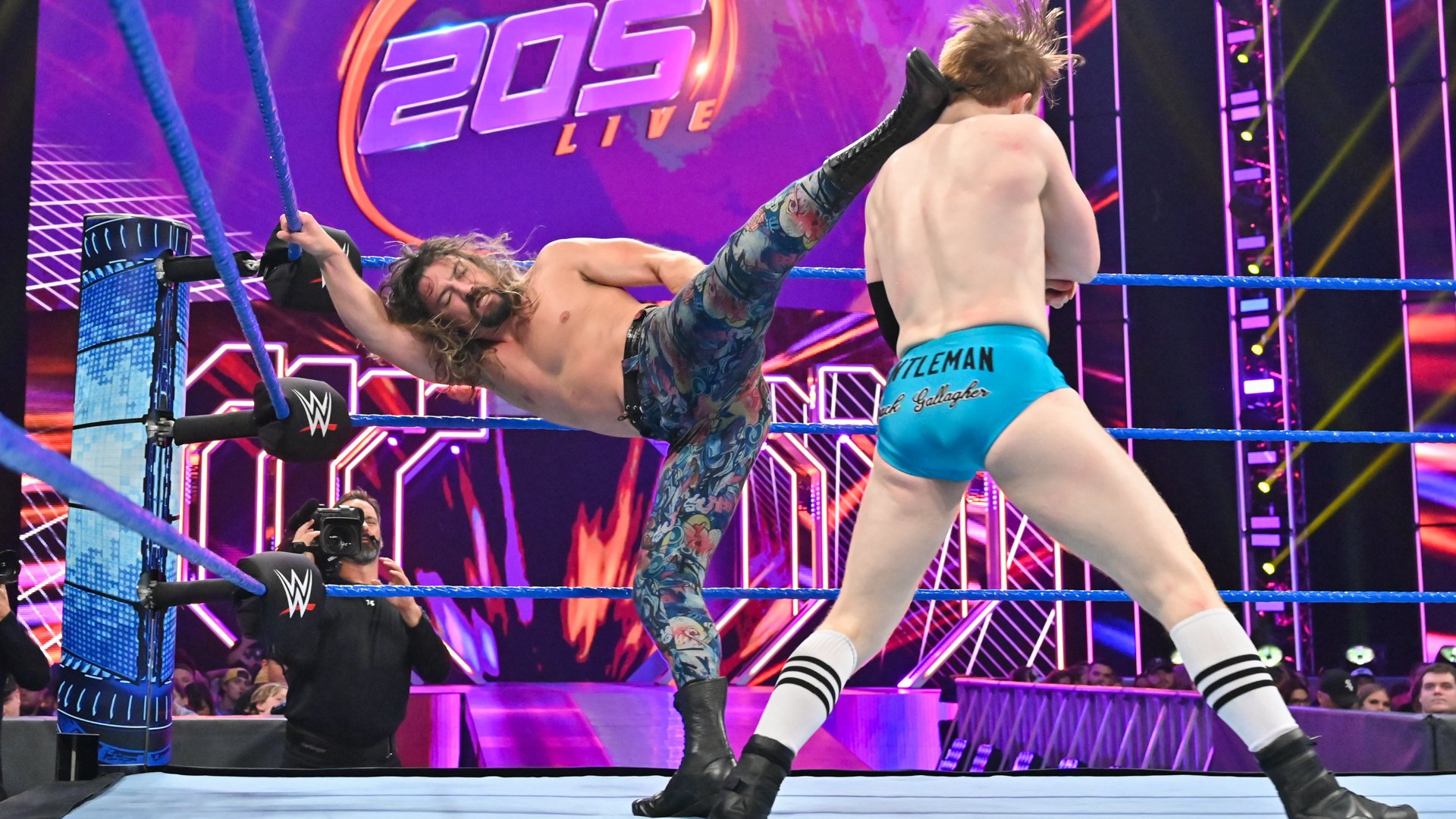 The rivalry between Gentleman Jack Gallagher and The Brian Kendrick continues to intensify, especially now that Akira Tozawa has been drafted to Raw. After defeating Tozawa in a No Disqualification Match last week, The Man With a Plan has refocused his attention on Gallagher. However, The British Superstar is looking to derail Kendrick’s momentum and turn the tide against him.

Before the match even began, Kendrick took the fight to his rival, decimating him with a Kendo stick and pressing forward with intense aggression that spilled into the squared circle as the opening bell sounded. The wily veteran maintained pressure on the British Superstar, maximizing punishment through technical holds and high-impact strikes.

Although Gallagher enjoyed a flurry of offense — even battling through a tightly applied Captain’s Hook — the damage Kendrick did early in the contest paid dividends. As Gallagher prepared to risk disqualification by using a Kendo stick, Kendrick was given ample time to recover and executed Sliced Bread No. 2 for the win. 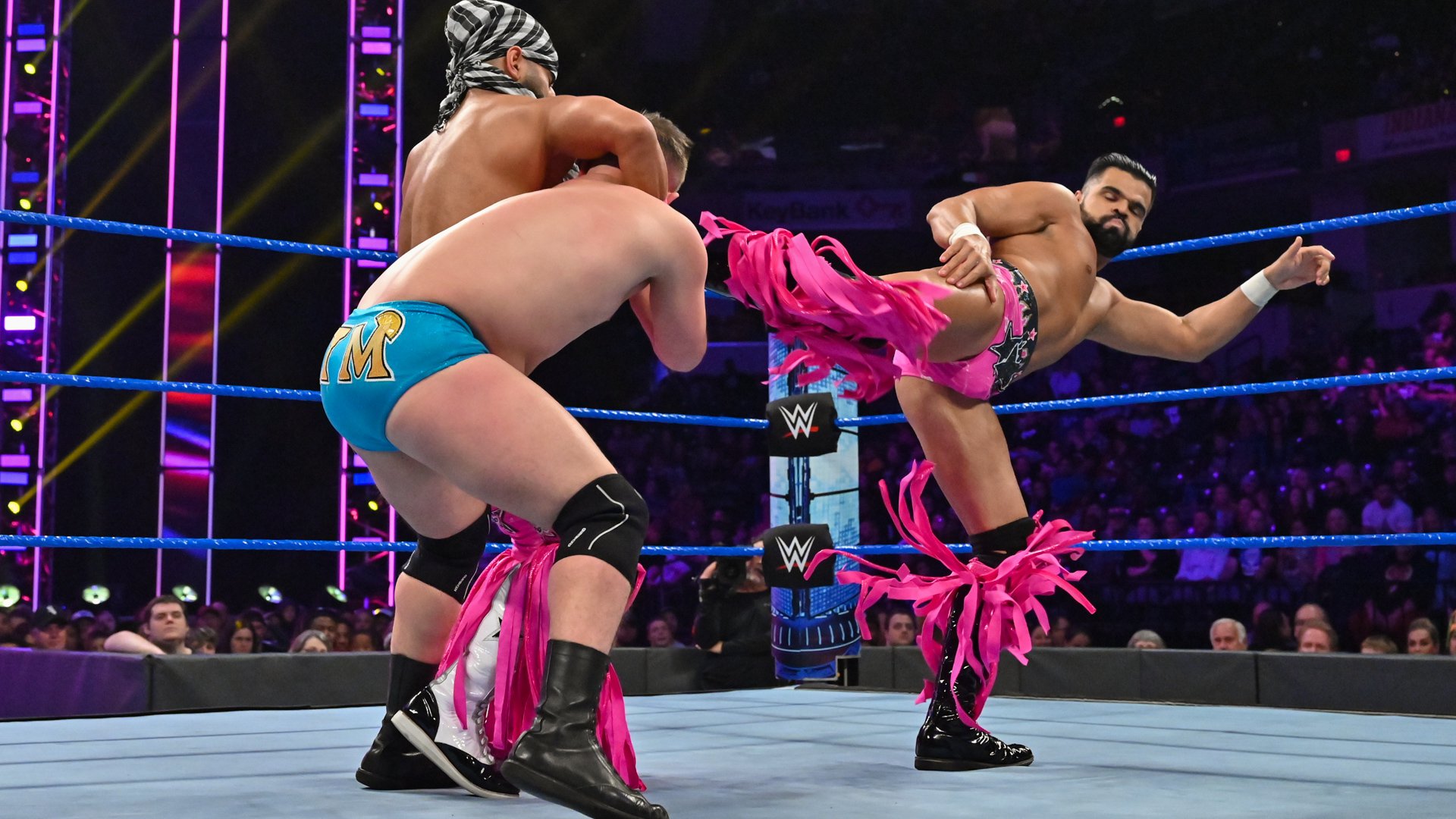 Introduced as the first overall picks in the WWE Bollywood Draft, The Singh Brothers danced their way to the ring ready to show why they are the premier tag team in WWE 205 Live, especially now that The Lucha House Party has been drafted to SmackDown.

As Samir Singh showed off his unique brand of confidence, Justin Alexander mocked his opponent — but that only turned up the aggressiveness of The Singh Brothers who picked up the pace and ferocity of their attacks. Displaying their uncanny teamwork, The Singh Brothers put their opponents away with the Bollywood Blast before dancing around the ring in celebration. 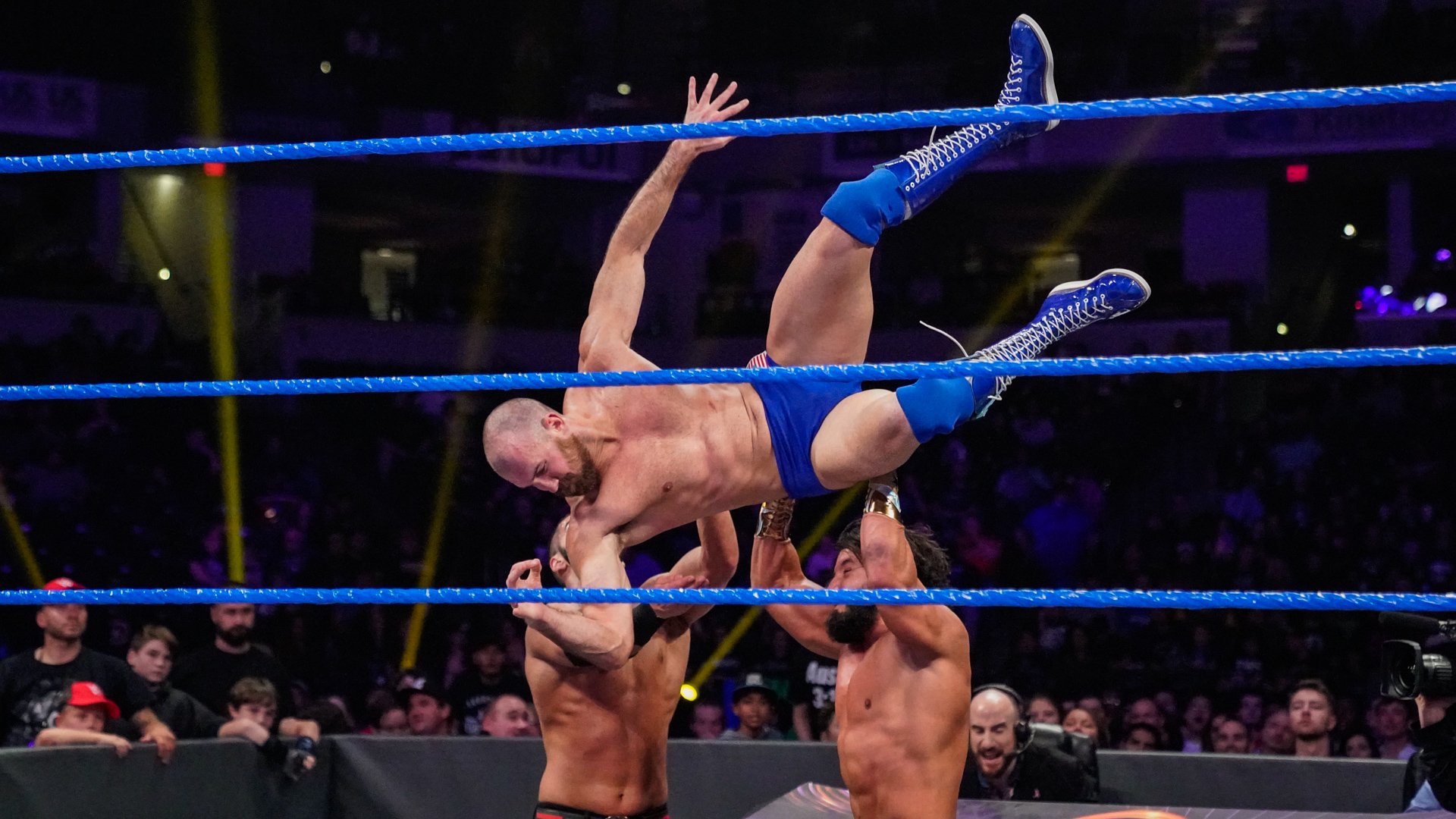 The WWE Draft brought major changes to WWE 205 Live as former NXT Cruiserweight Champion Drew Gulak, The Lucha House Party and Drake Maverick — though he is still WWE 205 Live General Manager —  were drafted to SmackDown and Humberto Carrillo and Akira Tozawa were drafted to Raw. While NXT Cruiserweight Champion Lio Rush awaits a challenger, Oney Lorcan, Ariya Daivari and former champion Tony Nese are determined to make their case that they deserve an opportunity by slugging it out in a Triple Threat Match.

As the opening bell sounded, Nese and Daivari teamed up to neutralize the hard-hitting Lorcan, taking turns attacking The Boston Brawler. The ever-resilient Lorcan battled back, fending off both opponents as they continued to maintain their alliance.

Soon enough, the allegiance between Nese and Daivari began to crack as Nese shouldered most of the fighting with Lorcan, while The Persian Lion would sneak in to try and score a pinfall. When Daivari tried to pin The Premier Athlete, all bets were off and it was every Superstar for himself.

Lorcan and Nese continued to battle as Daivari waited on the outside for the most opportune moment to strike. With The Premier Athlete reeling out of the ring, The Persian Lion focused his attention on Lorcan, but was derailed by an uppercut as he sailed off the top rope. Seizing his own opportunity, Nese returned to the fray, again focusing his attacks on The Boston Brawler. Getting back into the fight, Daivari and Nese resumed their alliance and took down Lorcan. However, just as Nese turned his back, Daivari attacked.

The Boston Brawler’s unbridled rage once again swung momentum in his favor as he leveled is opponents twice on the outside before nearly scoring victory following a double blockbuster inside the ring.

Battling on the top rope, Nese was sent tumbling to the arena floor by Lorcan, allowing The Boston Brawler to take down Daivari with a superplex. The Premier Athlete charged back into the ring and dropped Lorcan with a sunset driver for the win.

After the match, Nese welcomed Lio Rush back to the Cruiserweight division and made it known he’d be waiting for The Man of the Hour when he returns to WWE 205 Live next week. 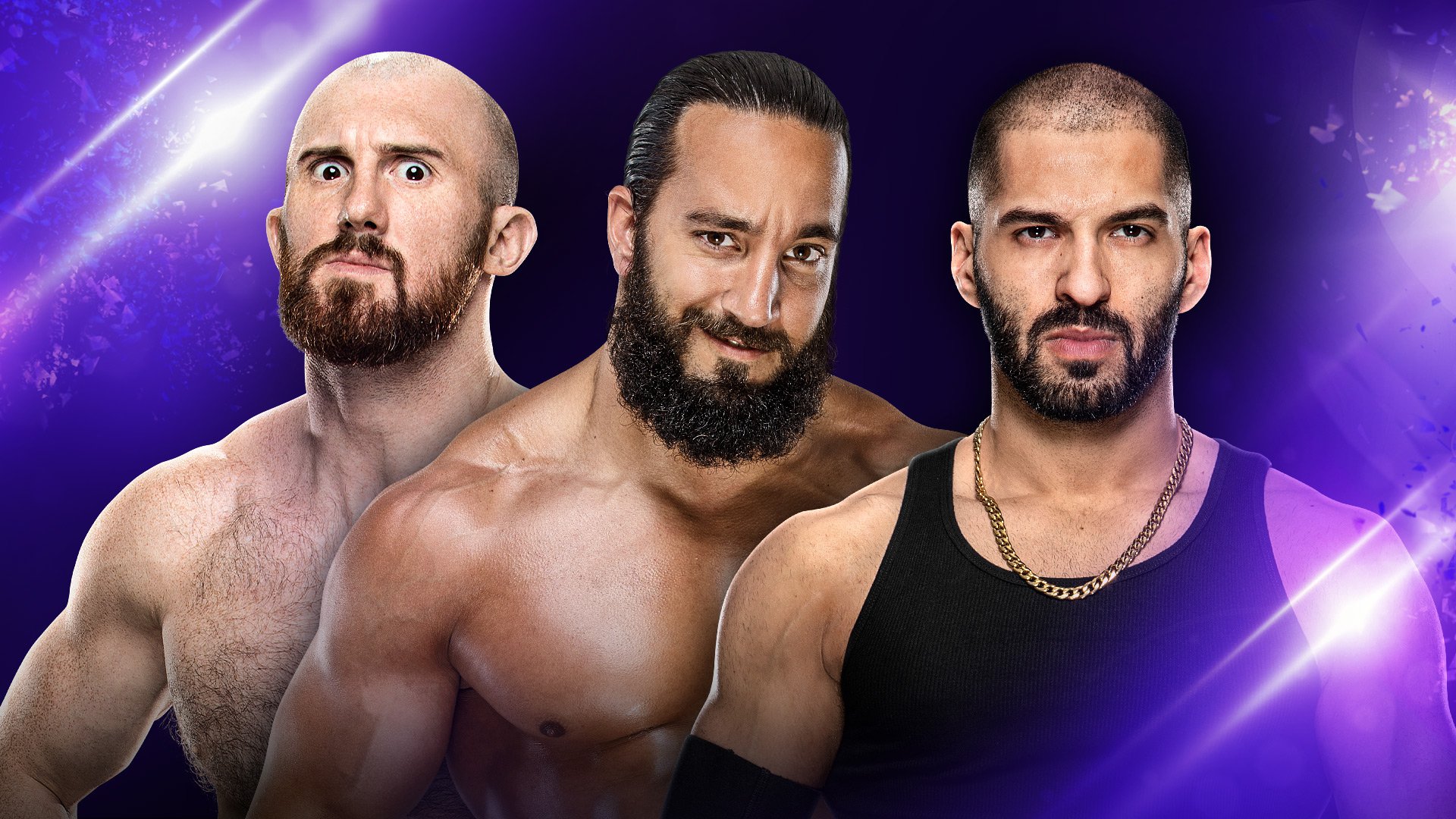 Drew Gulak, The Lucha House Party, Akira Tozawa, Humberto Carrillo and even Drake Maverick have all been drafted away from WWE 205 Live, leaving a vacancy for new and remaining Superstars to prove they have what it takes to reach the pinnacle of the Cruiserweight division. Tonight, WWE 205 Live veterans Oney Lorcan, Tony Nese and Ariya Daivari will collide in a Triple Threat Match. While the bout does not guarantee a title opportunity, each Superstar hopes to prove they have what it takes to challenge Lio Rush for the NXT Crusierweight Championship.