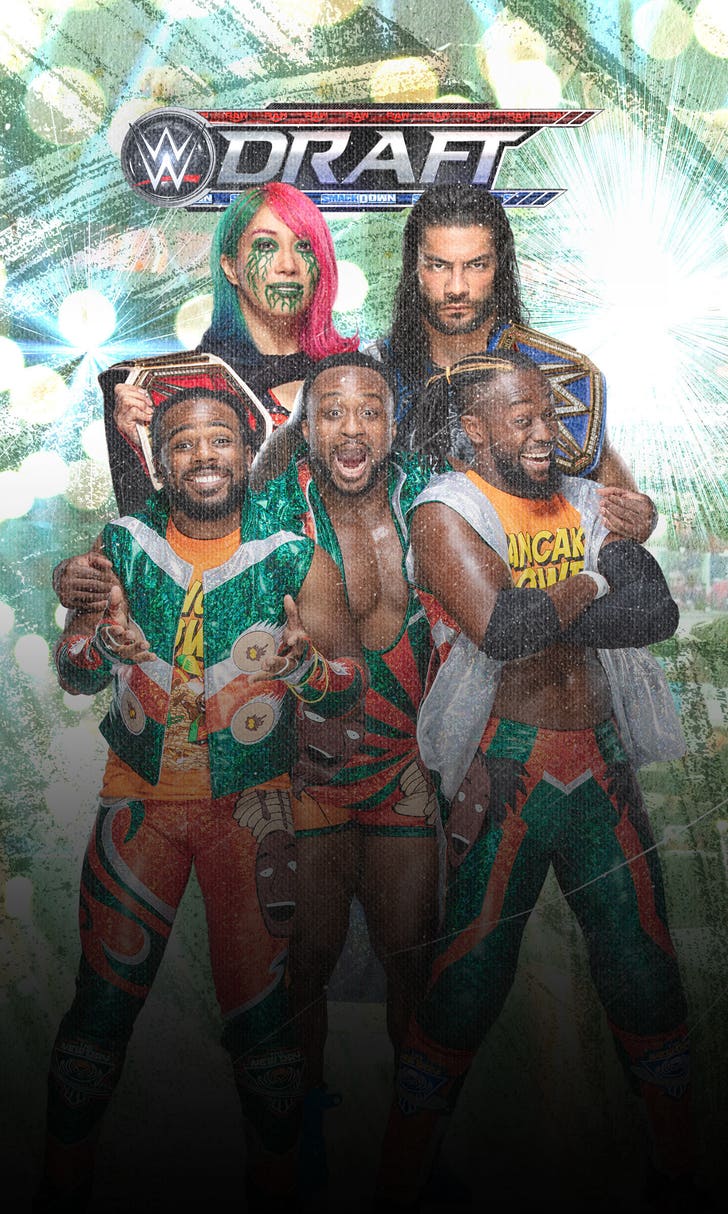 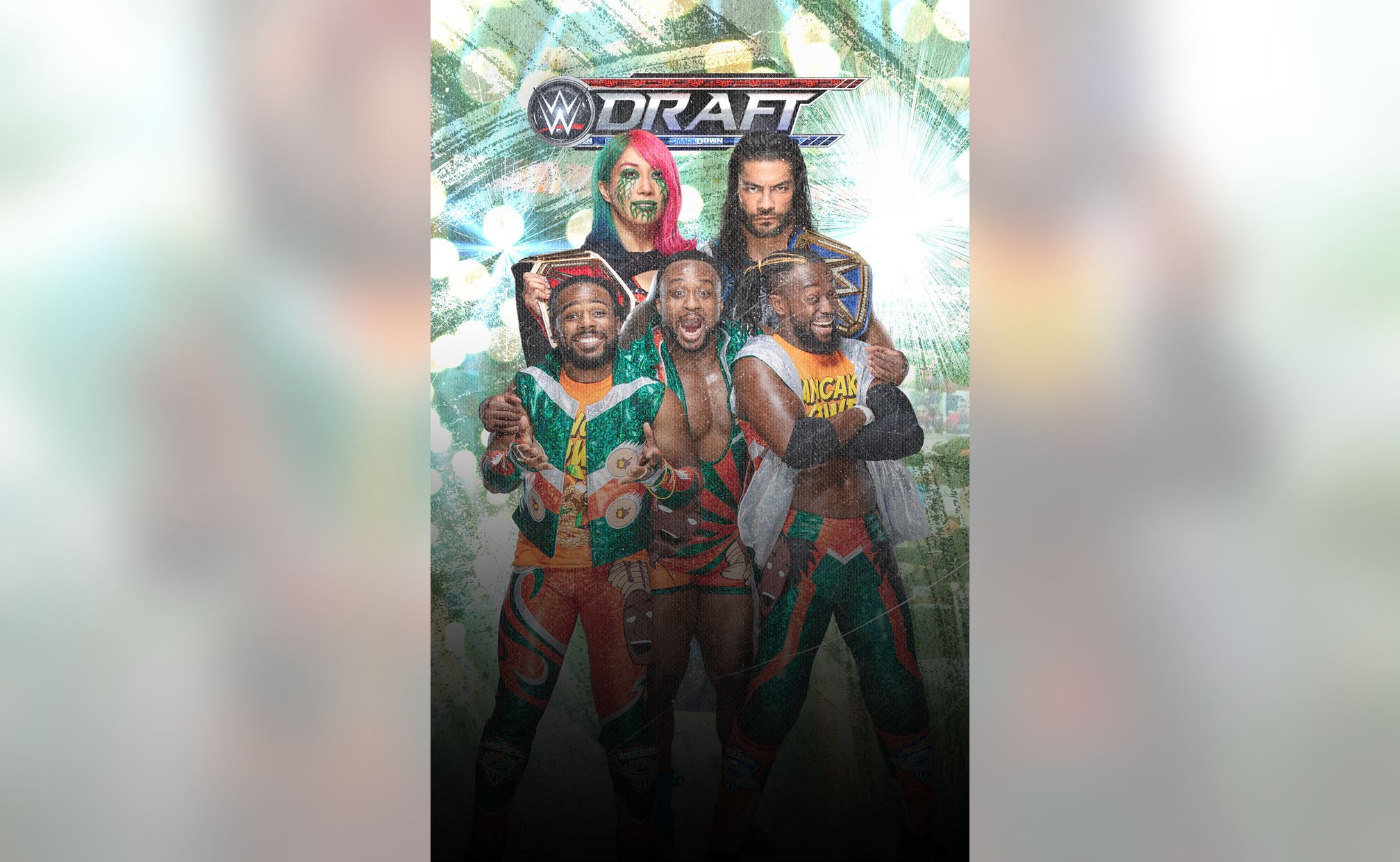 The 2020 WWE Draft starts Friday night on FOX, and what better way to get hyped than with a mock draft!

We put together our take on which Superstars might end up on Raw and SmackDown starting on night one, which is jam-packed with some of the biggest names in WWE.

In case you need a reminder, here’s the Draft pool available on Friday – which we exclusively revealed Thursday morning. 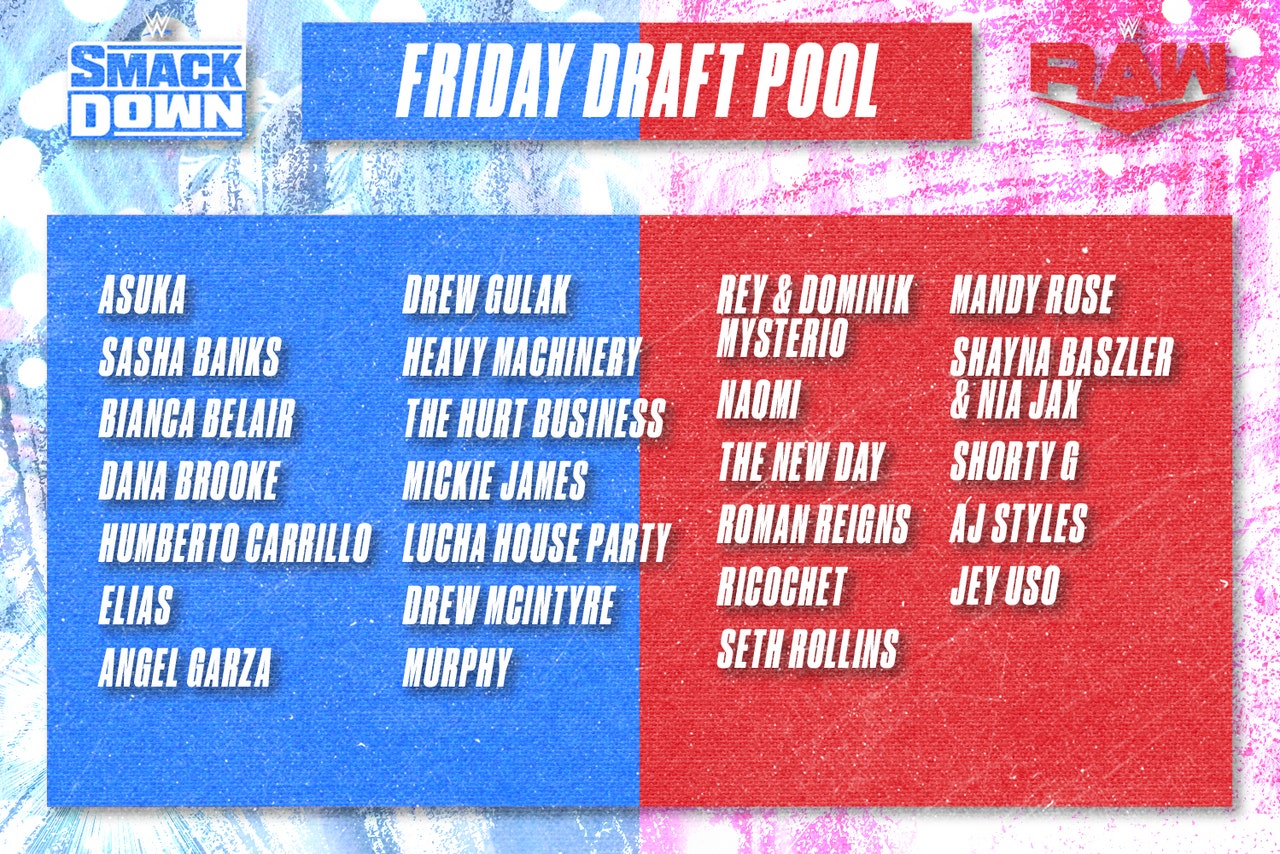 The rules for the 2020 Draft are about the same as last year. Just like before, Raw gets three picks each round for being a three-hour show, while SmackDown gets two.

Also, since Raw chose first last year, we switched things up and let SmackDown do the honors in our mock draft.

So, without further adieu … 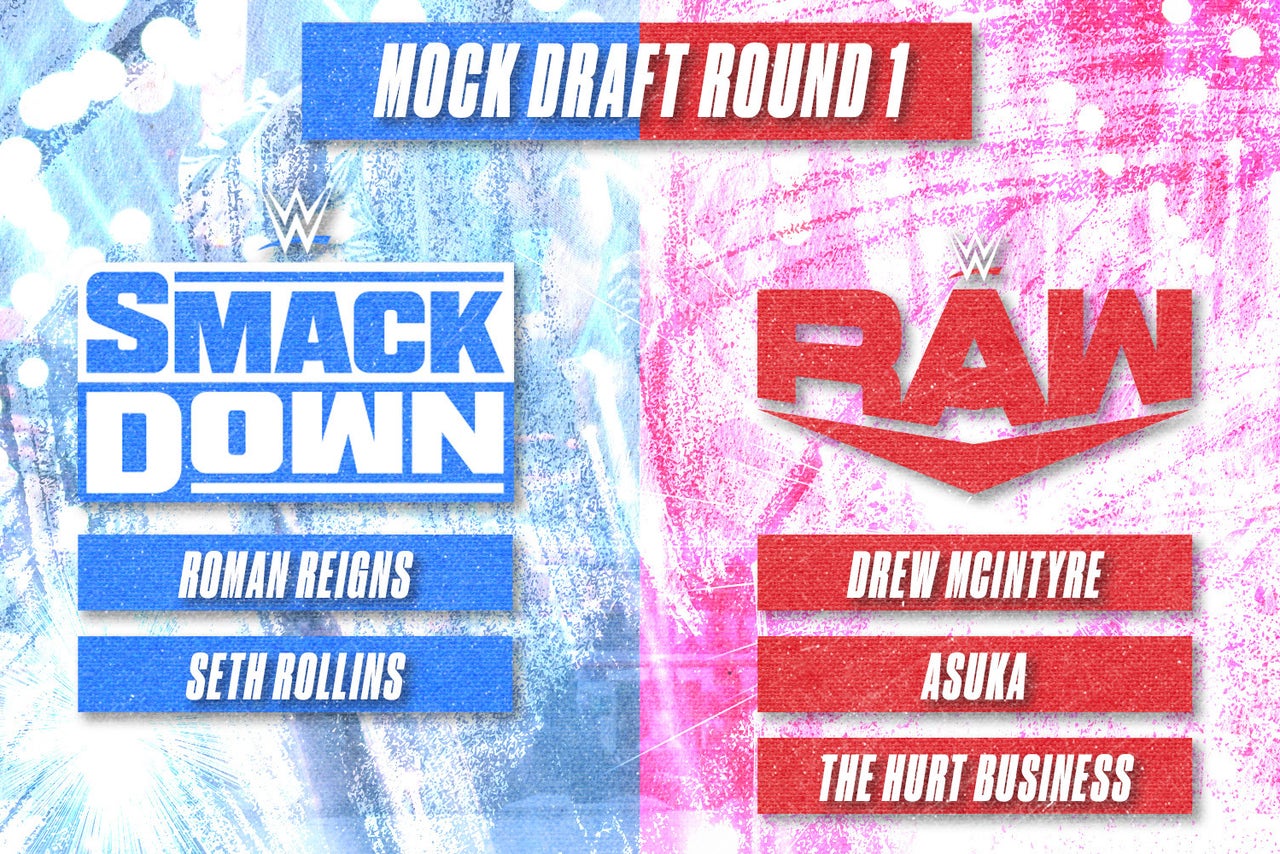 Reigns is a lock to go first or second in the draft. Not only is he the top star in the company, there’s also no logical reason why SmackDown should pass on him with the brand's first pick.

Hard to think of anyone else who could go in the number one and two spots other than Reigns and McIntyre. Both titles anchor their respective shows and don’t need to switch again. Both wrestlers are two of the top stars in the company.

As outlined in my "6 WWE Draft Moves That Need to Happen" article, Seth moving to SmackDown as an early surprise in the draft would be a good decision. Since he was the first pick on night two of last year’s WWE draft, my gut tells me this could happen in the first round.

Expect Asuka to be one of Raw’s first draft picks. A move to SmackDown doesn’t seem likely while she’s holding the Raw Women’s title.

Since The Hurt Business comes with four skilled Superstars as a package, this first round prediction is partly about the numbers. A valuable choice early in the draft that almost certainly stays on Raw. 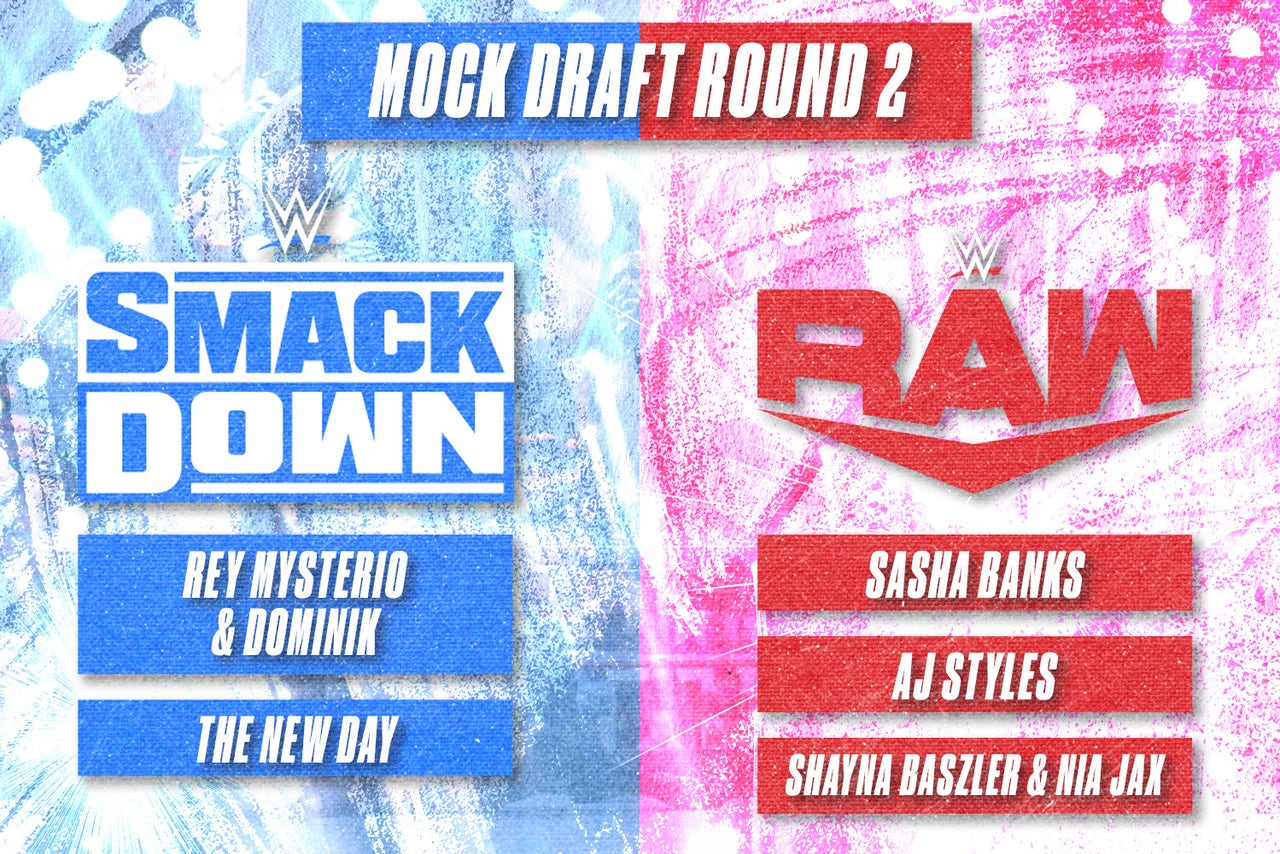 New Day moving away from SmackDown would be a big move, but I don’t know how sure I am that they’ll be switching brands. Woods and Kingston being off TV makes their place in the draft this year harder to predict, though, especially while Big E is pursuing singles competition.

Regardless, I’d be surprised if they weren’t first or second round picks.

Sasha going early in the draft seems like a safe bet. Whether she switches brands all depends on creative plans for her current feud with Bayley though. The speculation from fans is that she’ll move to Monday nights, but it’s hard to predict with certainty when she has a title match scheduled tomorrow night.

Rey Mysterio could be an early steal for SmackDown. If this were to happen, the blue brand would acquire someone with tons of history on the brand, as well as a young rookie prospect in his son Dominik.

AJ Styles helped fill the void on SmackDown while other Superstars weren’t in the mix, but with many of them back, he should be clear to return to Raw. First or second round pick would be most likely for someone of his caliber.

Just like The Hurt Business, Baszler and Jax being draftable as a duo because they hold the Women’s Tag Team titles makes them a valuable pick in the earlier rounds. 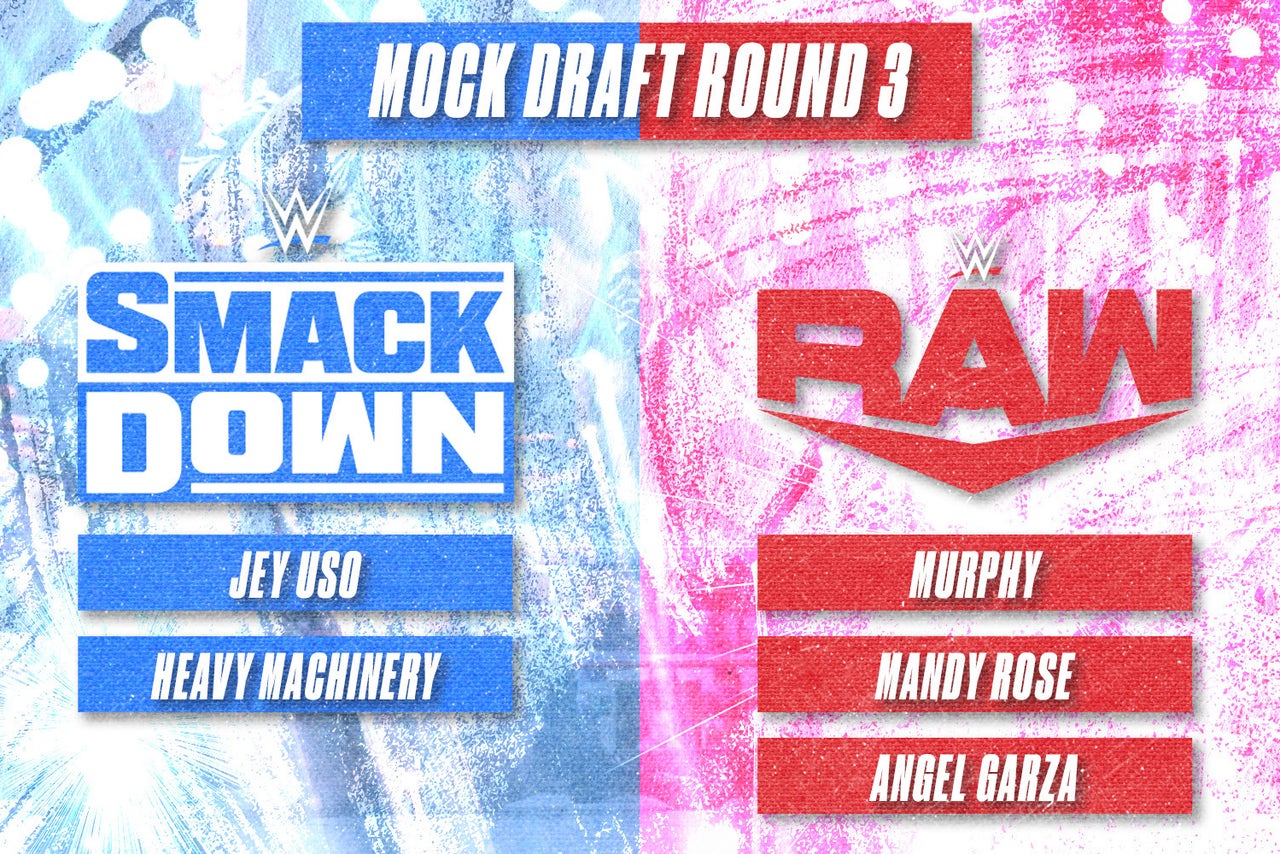 Jey Uso needs to stay on SmackDown to continue being part of angles involving "The Tribal Chief" Roman Reigns.

Murphy’s high-profile association with Seth Rollins as part of The Greater Good makes me think he’ll get drafted in either the third or fourth round. In order for him to start branching out on his own, keeping him away from Seth is the right call.

First, the loss of a live audience caused Otis to lose some steam. Then, Mandy being abruptly moved to Raw made things worse for him. If it weren’t for the fact that Otis holds a MITB contract, I’d say fourth round. But since he does, you’d think he and Tucker will go a tad bit higher.

A draft move back to SmackDown wouldn’t make much sense, as she was JUST switched over to Raw a few weeks ago.

Since Angel Garza is in the Draft alone this year, and not with Andrade/Zelina Vega, being picked in an earlier round doesn’t seem necessary with the talent pool that’s available tomorrow. 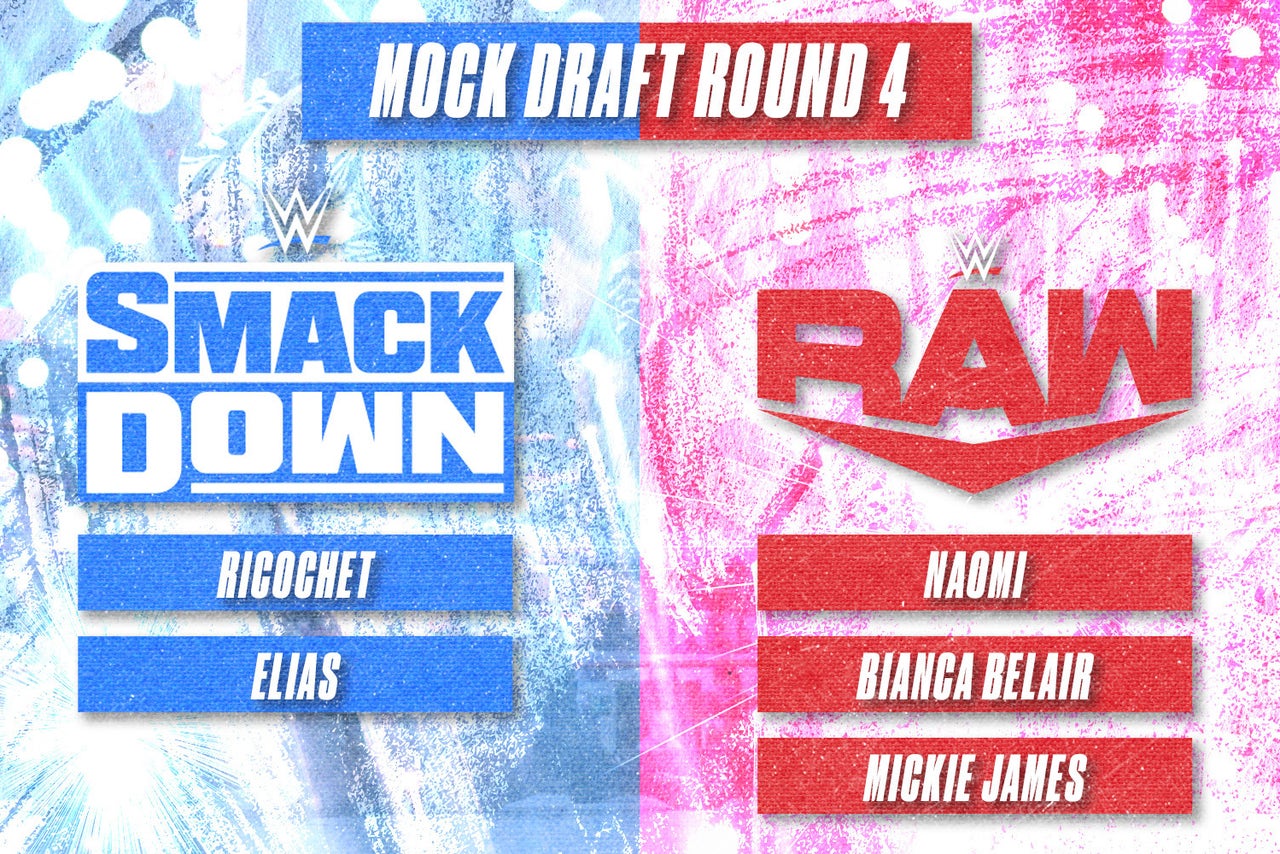 I’ll say it again: Ricochet needs a change. His stock has gone down since the 2019 Draft, which could help him become a last-round steal for SmackDown on night one.

Naomi was drafted to Monday Night Raw in the 2019 Superstar Shakeup. After a few months on the brand, she took a hiatus from television. The popular Superstar was then moved to SmackDown upon her return where she recently defeated Bayley (the current Women’s champion).

Despite having claim to a title match, I have a hunch Naomi gets drafted back to Raw.

Elias hasn’t wrestled since May, but he’ll more than likely still get a mention of some kind in the draft in order to solidify that he’s staying on SmackDown.

Moving to SmackDown would be an odd choice since Belair has been the subject of a series of Raw vignettes hyping her character the past few weeks. For that reason, I’m keeping her on Monday nights.

Mickie returned in August after more than a year away from the ring due to injury. Unfortunately, James has lost more matches than she’s won since coming back, and that can’t help her standing in the Draft.

Check back on Monday for the second version of our mock draft involving the WWE Draft pool available on night two! The 2020 WWE Draft begins tomorrow night at 8pm Eastern/7pm Central LIVE on FOX. 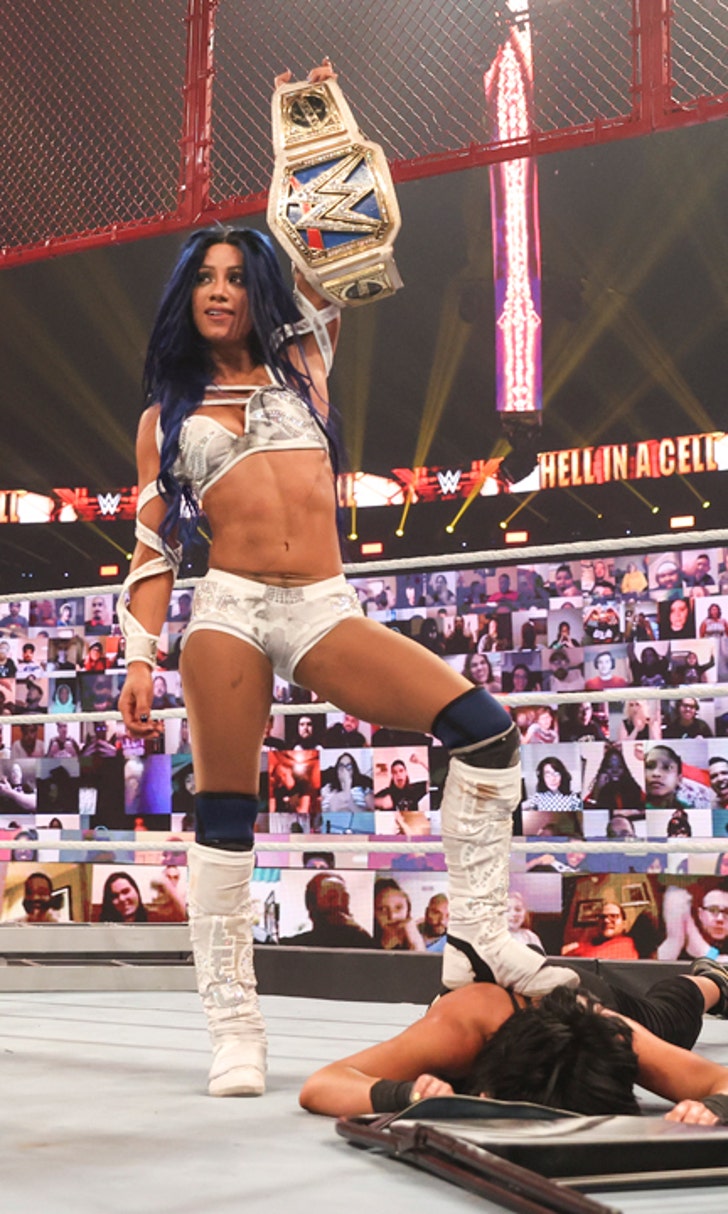