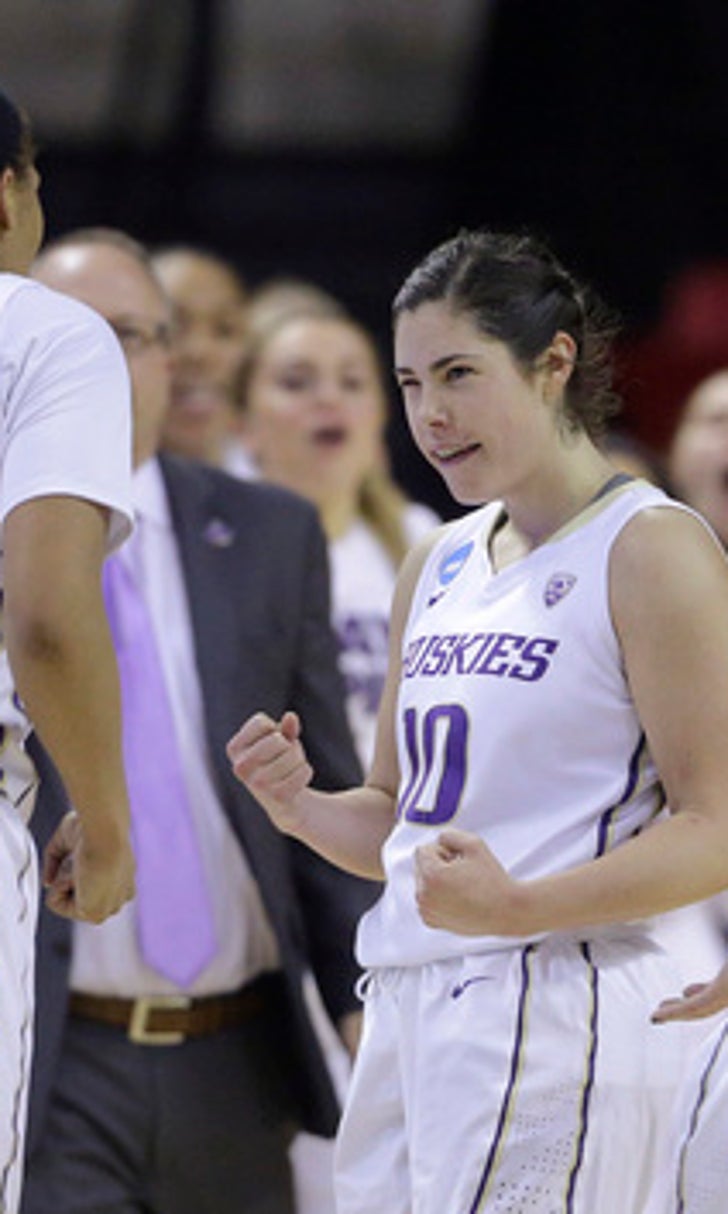 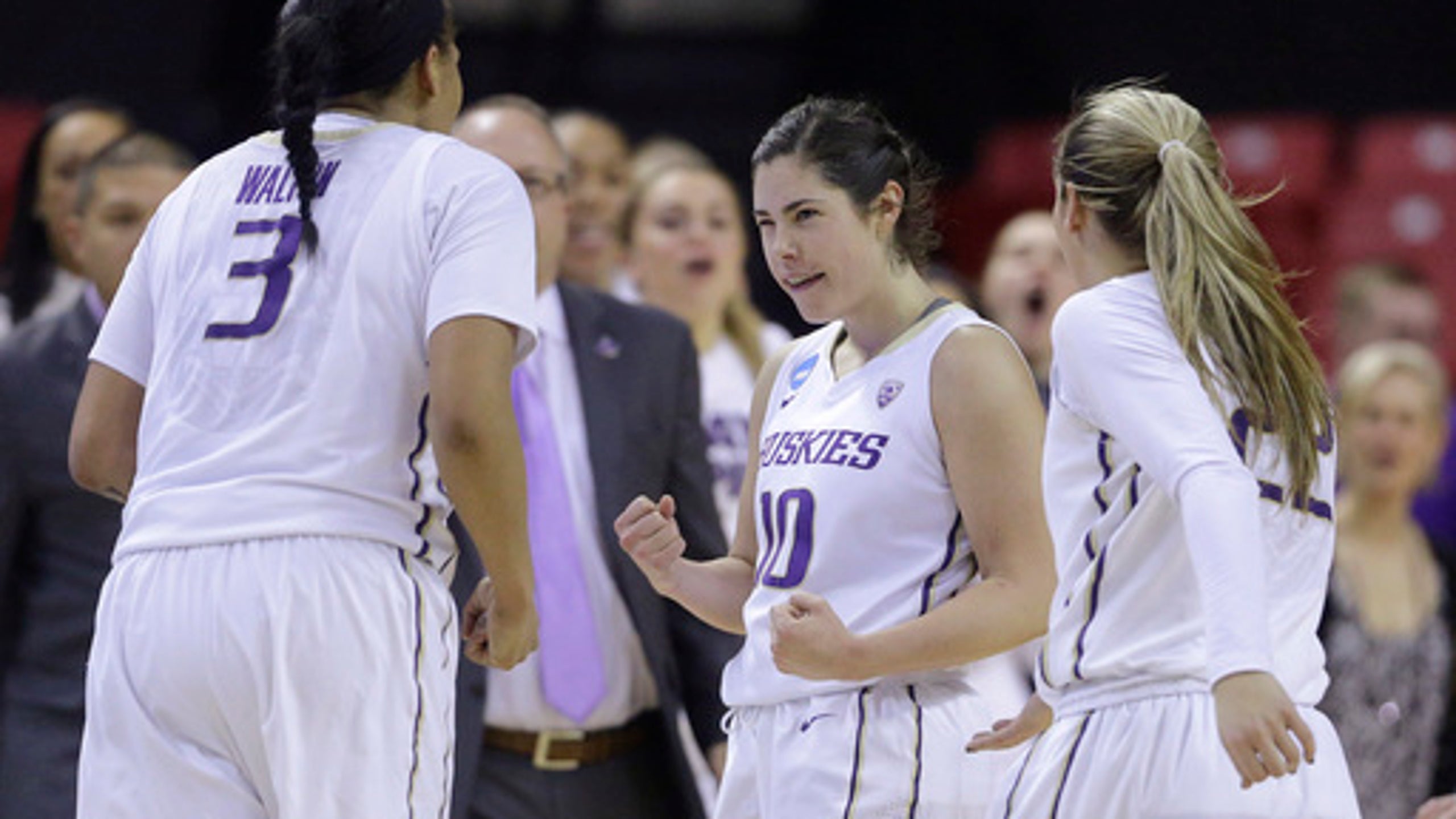 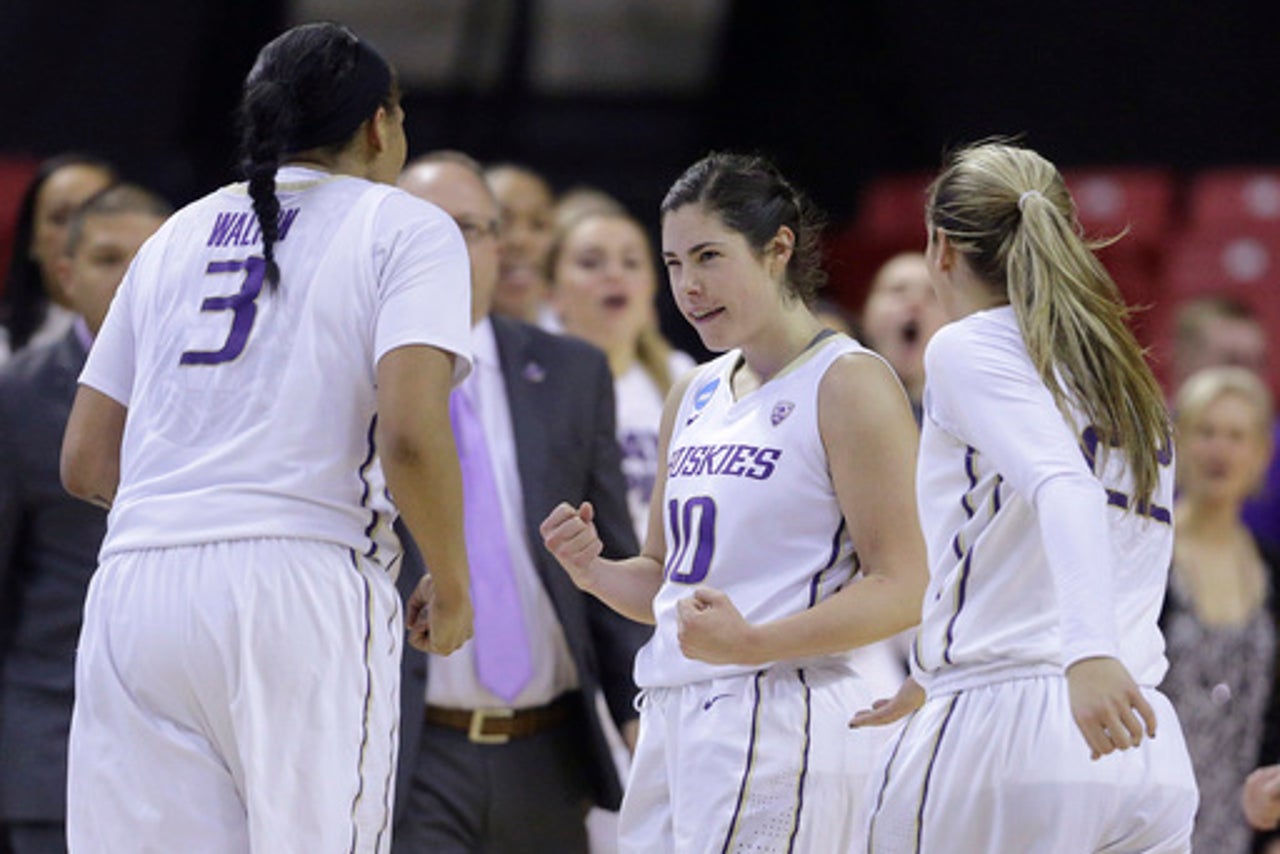 COLLEGE PARK, Md. (AP) Maryland and Washington have enjoyed considerable success this season playing contrasting brands of basketball on opposite ends of the country.

On Monday night, these vastly different teams will meet with one common goal: to advance to the Sweet 16 of the NCAA Tournament.

Second-seeded Maryland (31-3) spreads the ball around, delves deep from its bench and puts up enough shots to offset a cumbersome amount of turnovers.

The Huskies (23-10) rely heavily on high-scoring Kelsey Plum, rarely use reserves and are extremely careful with the basketball.

Both teams won in the first round Saturday using the same method that got them to the tournament. After the Terrapins placed five players in double figures and committed 19 turnovers in a 74-58 victory over Iona, seventh-seeded Washington employed its starters for 195 of 200 minutes, gave the ball away only six times and got 24 points from Plum in squeezing past Penn 65-53.

There's also this: Maryland is a perennial contender for the national championship, and Washington is coming off its first NCAA Tournament win since 2006.

Could these teams be any more dissimilar?

In her bid to take Maryland to the Final Four for the third year in a row, Terps coach Brenda Frese won't hesitate to use just about everyone on the roster.

''From our end, we want to continue to utilize our depth,'' she said. ''We don't have to play through fatigue. We want to be up-tempo. Our depth allows us to be able to play that way.''

The Huskies' reserves, on the other hand, do more cheering than playing.

''Where we're at in our program, we have to play six kids. Maybe five,'' Neighbors said.

Maryland's game plan on offense will be to spread the ball around and cut down on those pesky turnovers.

''I just think we need to make smarter decisions,'' senior Chloe Pavlech said. ''It seems like every game, the first half we have a lot of turnovers and then when Coach B talks to us about it at halftime we tend to clean it up in the second half. I don't think other teams are making us turn the ball over, I really think it's ourselves.''

On the defensive end, Maryland will focus on stopping Plum, the nation's third-leading scorer at 26.1 points per game.

Fortunately for the Terrapins, this is not a unique challenge. They effectively contained Minnesota sharpshooter Rachel Banham in a 110-77 victory last month and twice faced Ohio State gunner Kelsey Mitchell, who went a cumulative 22 for 44 from the floor.

''I do think it helps that we've been able to go up against such great talent, when you talk about Bantam and Mitchell in our conference,'' Frese said. ''But (Plum) makes them go. She's going to score points, but we have to make her take difficult shots.''

Some tournament tidbits from College Park:

Although Maryland formally bid its senior class farewell before the last home game of the regular season, this really will be the final appearance at home for seniors Pavlech, Brene Moseley, Malina Howard and Tierey Pfirman.

''We play our season for our seniors,'' Frese said. ''We really want to play a focused 40-minute game and send them out the right way.''

Addressing the lack of respect Washington has received this season compared to some of the better teams in the country, Plum said, ''We've been kind of the odd man out. What are we, the sixth Beatle?''

Neighbors quickly interjected, ''The fifth Beatle. She didn't know who the Beatles were, so I tried to use NSYNC, saying, `There was a sixth NSYNC guy,' and they went, `Oh, we got it now.'''