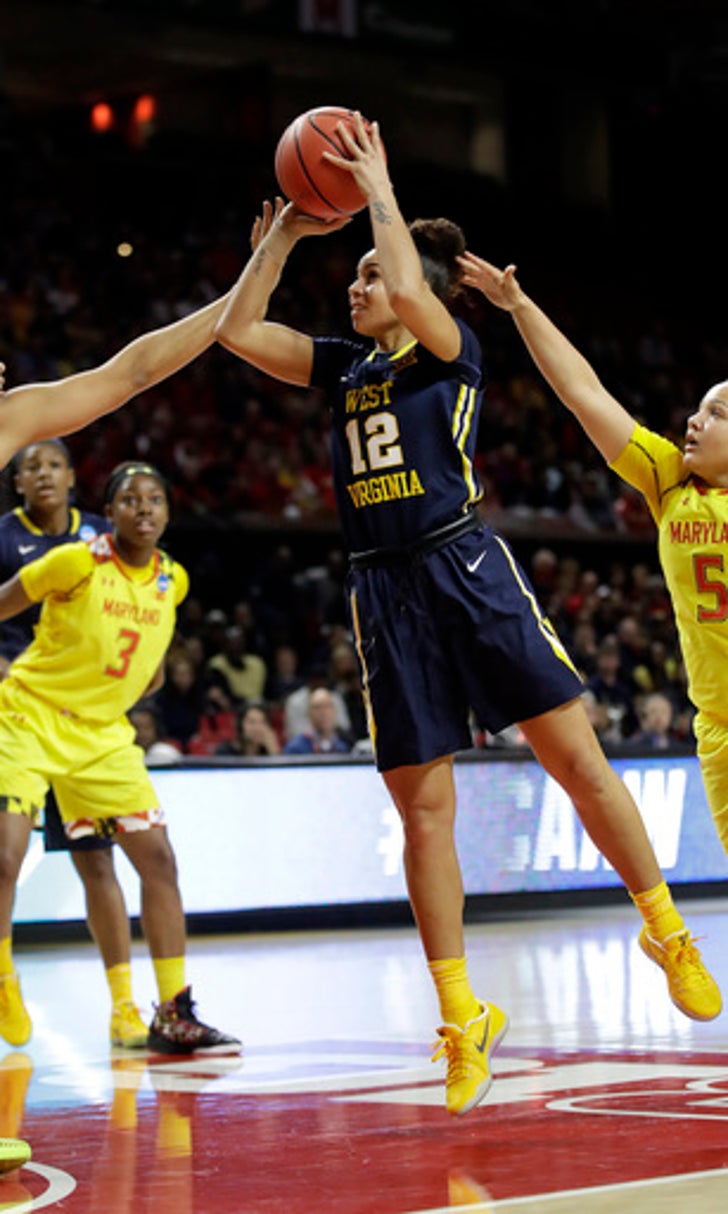 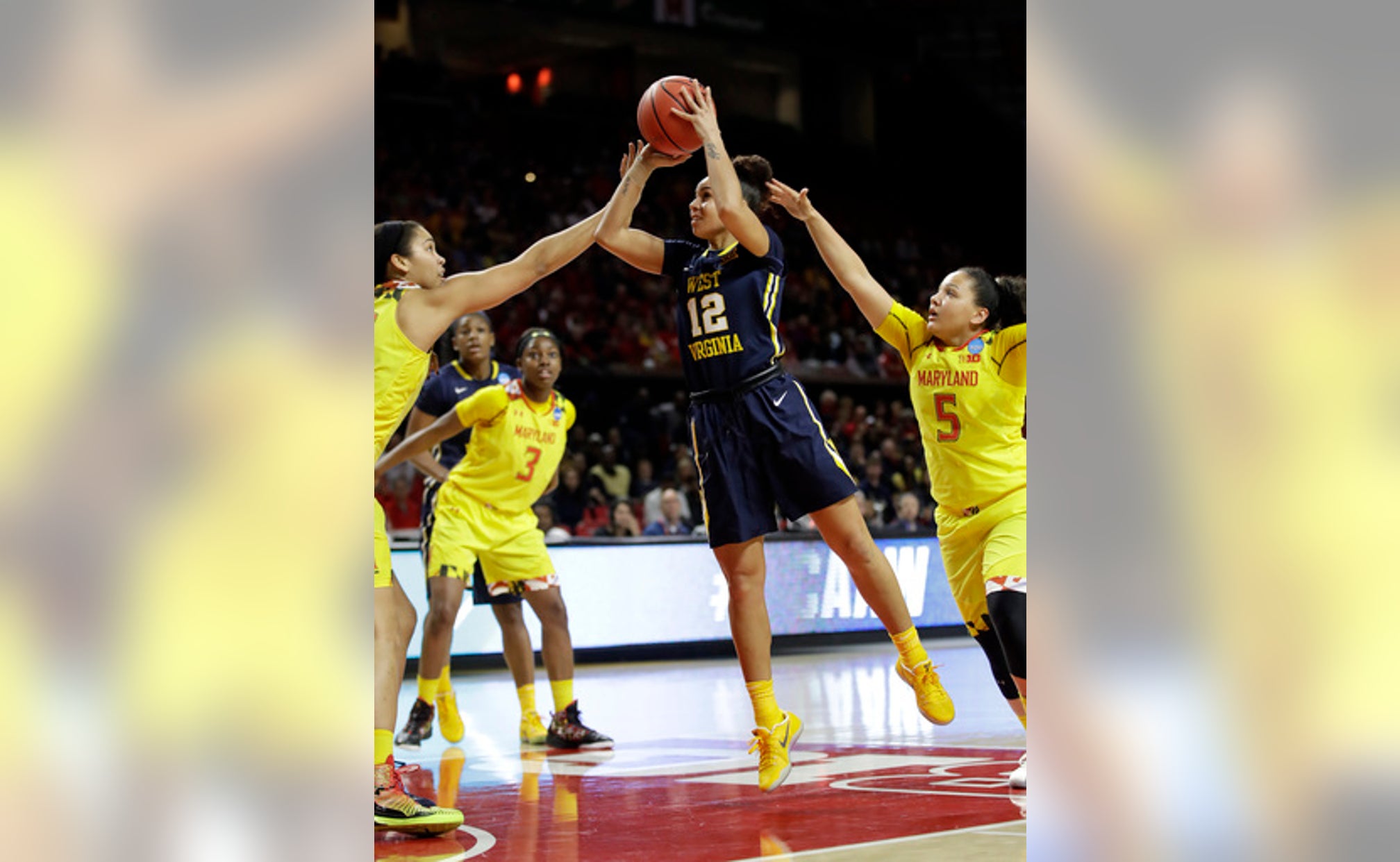 COLLEGE PARK, Md. (AP) Maryland was already enjoying a heck of a second quarter when Destiny Slocum scrambled in position to take a buzzer-beating shot.

Squaring up from just outside the opposite arc, Slocum stretched both arms behind her head and let the ball fly.

Slocum's 70-foot shot capped a pivotal run, and the Terrapins blew past West Virginia 83-56 Sunday to advance to the Sweet 16 of the NCAA Tournament.

Brionna Jones had 22 points and 11 rebounds, Slocum scored 21 and Shatori Walker-Kimbrough added 19 for third-seeded Maryland (32-3), which will next face the winner of Monday's game between No. 2 seed Duke and Oregon.

The Terrapins will be hard-pressed to play better than they did in this one.

The game turned in the second quarter, when Maryland outscored West Virginia 26-8 to take a 38-24 lead. After opening with a 23-4 surge, the Terrapins gave up two straight baskets - the last with 4 seconds left - before Slocum connected.

''Why not?'' Slocum said. ''Just throw it up and see what happens. Watching that thing was crazy. I was in shock . am still.''

The 5-foot-7 freshman was immediately swarmed by her teammates while the fans in Maryland's home arena stood and cheered.

The unlikely basket capped a 10-minute stretch in which Maryland made 12 of 17 shots.

''What they shoot in that quarter 70 percent?'' West Virginia coach Mike Carey said. ''Believe me, that shot didn't hurt us anymore than any of the other shots they (made).''

''It was a tough shot to see,'' Muldrow said. ''But we can't really do anything about that except try not to let her get the ball at that time. She caught it, and it was one in a trillion.''

Maryland carried the momentum into the third quarter, using a 12-1 spurt to build the margin to 23 points. Not long after that, the Big Ten champions celebrated a victory that thrust them into the Sweet 16 for the fifth time in six years.

Last season, Maryland lost its second round game at home to Washington. Intent upon avoiding a similar fate, the Terrapins left nothing to chance.

''This team definitely has a different feel than a season ago,'' Frese said. ''You can feel their focus in terms of what we're doing.''

West Virginia took a five-game winning streak into the contest, including an upset of Baylor in the Big 12 Tournament championship. On this day, however, the Mountaineers were no match for a Maryland squad that entered the NCAA Tournament with a surly attitude.

The Terrapins were displeased after the selection committee saddled it with a No. 3 seed because of a perceived weak non-conference schedule. To voice their displeasure, they opened with a 42-point win over Bucknell before easily dispatching West Virginia.

Maryland trailed 16-12 after a first quarter in which it missed 13 of 18 shots from the floor and were outrebounded 14-11.

The tone shifted dramatically at the outset of the second period. Walker-Kimbrough drilled a 3-pointer and added a fast-break layup, Jones bulled her way in the lane for two baskets and Slocum popped a jumper for a 23-16 lead.

West Virginia went scoreless for more than six minutes before Kristina King ended the drought with a jumper.

''I won't let this moment define my career,'' she said. ''These are my sisters for life.''

Maryland: The Terrapins are on a roll, and they need to be. If Maryland wins its next game, a matchup with unbeaten UConn in the Huskies' home state looms in the round of eight.

Maryland: If the Terrapins face Duke, it will be the first meeting between the teams since Maryland left the Atlantic Coast Conference.