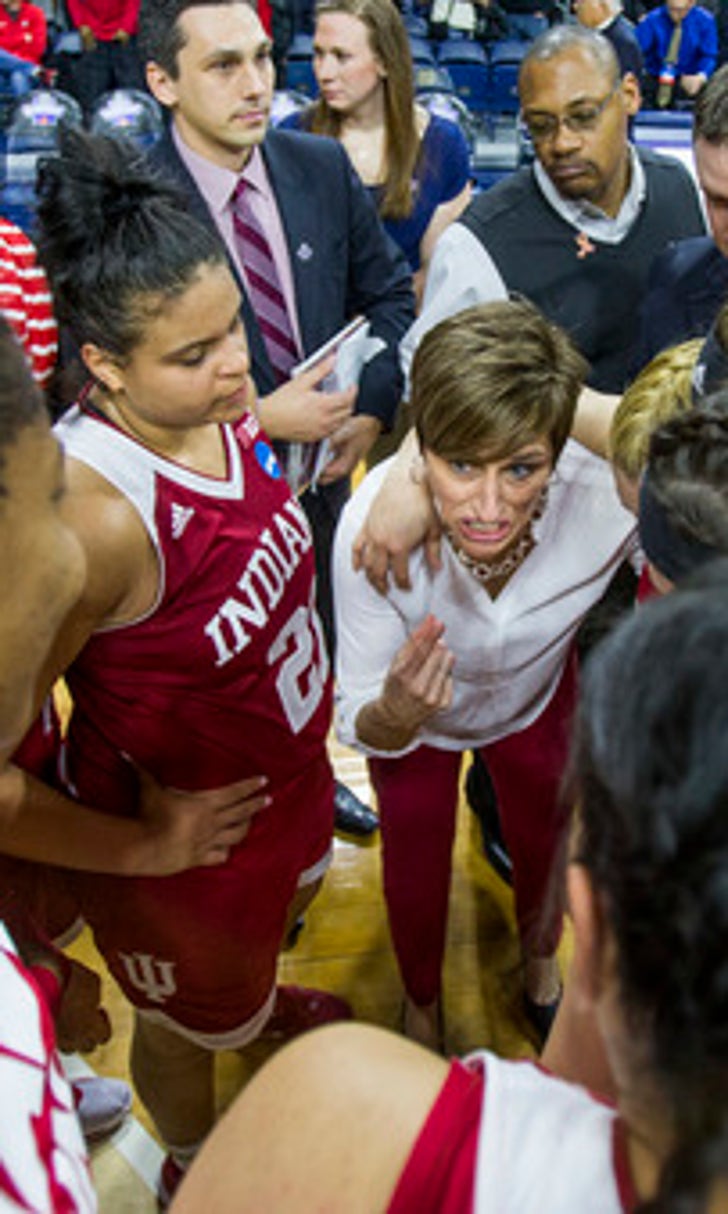 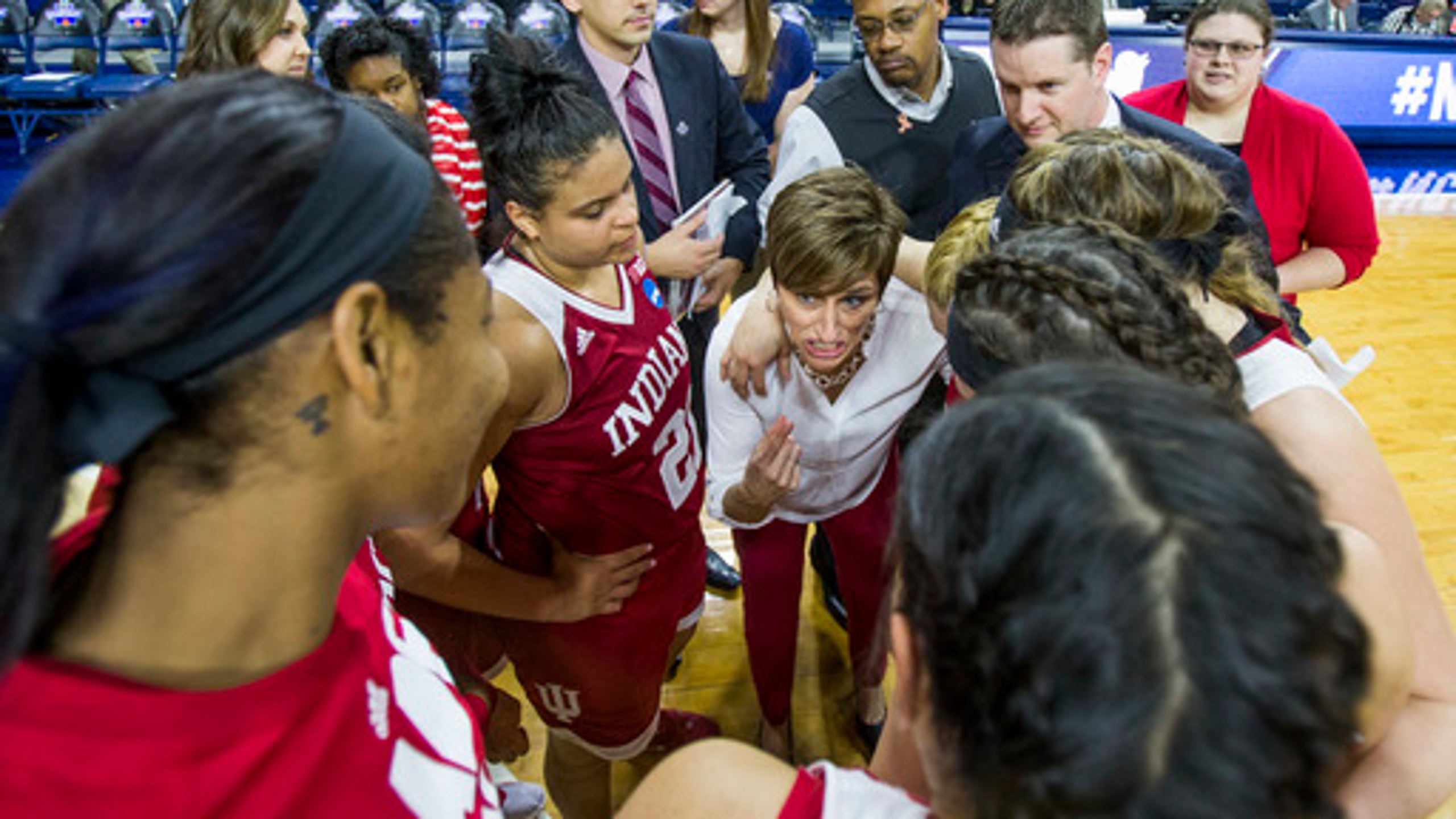 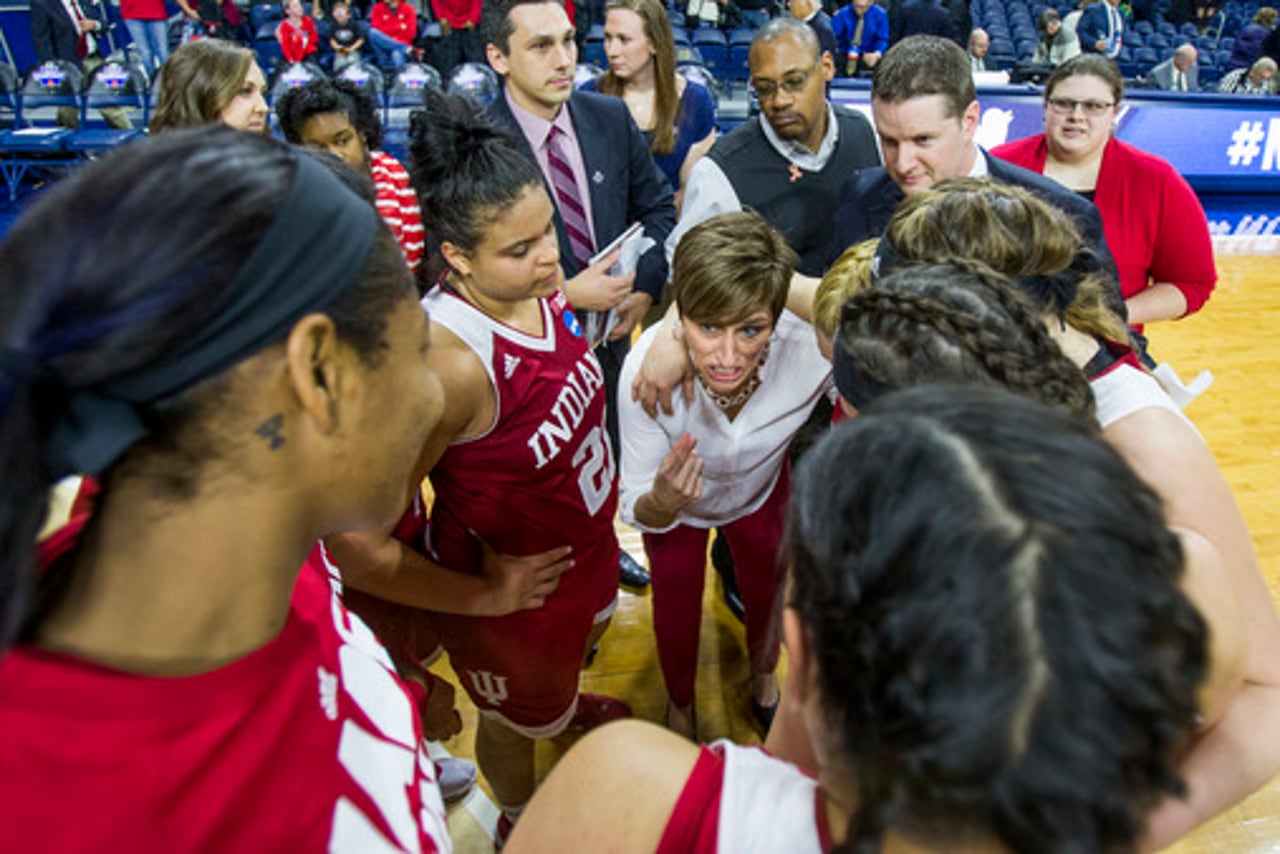 SOUTH BEND, Ind. (AP) Indiana coach Teri Moren knows just about everything needs to fall in place for the Hoosiers to have a shot at knocking off top-seed Notre Dame in the second round of the NCAA Tournament.

''We know we're going to have to play an almost perfect game to be in the game,'' Moren said Sunday, a day after the Hoosiers beat Georgia 62-58 for the program's first NCAA Tournament victory in 33 years. ''Our message is, `We can have that moment. We've just got to play great for one night. Anything can happen. We can be one of those story lines.'''

The Hoosiers already have a good story line going this season.

Moren became coach in August 2014 after Curt Miller resigned abruptly after two seasons for what he said were for health and family reasons. She took over a program just three upperclassmen and in her first year the Hoosiers finished 15-16 overall and 12th in the Big Ten with a record of 4-14. Four players left after the season and not many expected the Hoosiers to make it back to the tournament for the first time since 2002.

''Last year was a rebuilding year with a new coach. We all had to get used to the new system,'' she said. ''Now we've all bought in. We're all playing together and we all follow what coach says. We deserve to be here, so it's not a surprise.''

Moren said the key was having last summer to build relationships with her players and the decision to have Tyra Buss play point guard.

''The best decision we made was we put the ball in Tyra's hands. We wanted to play faster. We didn't do that a year ago. Now we're playing at a pace that suits us, suits me, suits our system,'' she said.

Buss leads the Hoosiers in scoring at 19.1 points a game, including making an average of 6.3 free throws a game. McGraw said the Irish need to find a way to slow Buss without fouling her.

''Sometimes you have to give up the layup. Sometimes you've just got to let her go. I think being in position in advance instead of running over and trying to block the shot when she leans in,'' McGraw said. ''I think discipline will be the key.''

The game also pits the Irish against Indiana junior guard Karlee McBride, whose older sister, Kayla, played for the Irish from 2010-14 and ranks sixth on Notre Dame's all-time scoring list. Karlee described the chance to face the Irish as ''awesome.'' She said the advice she received from her sister was to ''live in the moment.''

''This could potentially be your last game so you have to play like it. Just play as you know how to play, stick to the game plan, and have fun,'' she said.

The Irish players along with McGraw said they understand Kayla McBride will be cheering for her sister.

''It's going to be difficult to hear the announcer say McBride for 3 and it isn't on our team,'' McGraw said.

Moren said the trip to Notre Dame has been inspirational, describing walking with her players past the Notre Dame basketball offices and seeing all the trophies for the 2001 national championship and the seven Final Four appearances.

''To say we want to emulate a program like this is right on,'' Moren said.

Indiana: The Hoosiers won the last meeting in 2006 at Notre Dame. McGraw said she didn't remember it, but said she assumed the Irish won. When told they lost, she joked: ''That's why I forgot it.'' The Irish have won 21 straight against in-state schools since that loss. ... Tyra Buss has taken 261 free throws this season. That's more than the top two players on Notre Dame (Brianna Turner with 130 and Arike Ogunbowale with 122) combined.

Notre Dame: McGraw said she tried to set up a game with the Hoosiers while her son, Murphy, who graduated from Indiana in 2012, was a student there. ''I called every year, I wanted to make a trip down to see him. They were not willing to play us,'' she said. Moren said she still doesn't want to play the Irish, saying ''We have to get a few more recruiting classes under our belt before we're going to entertain the likes of Notre Dame or Connecticut or South Carolina.''