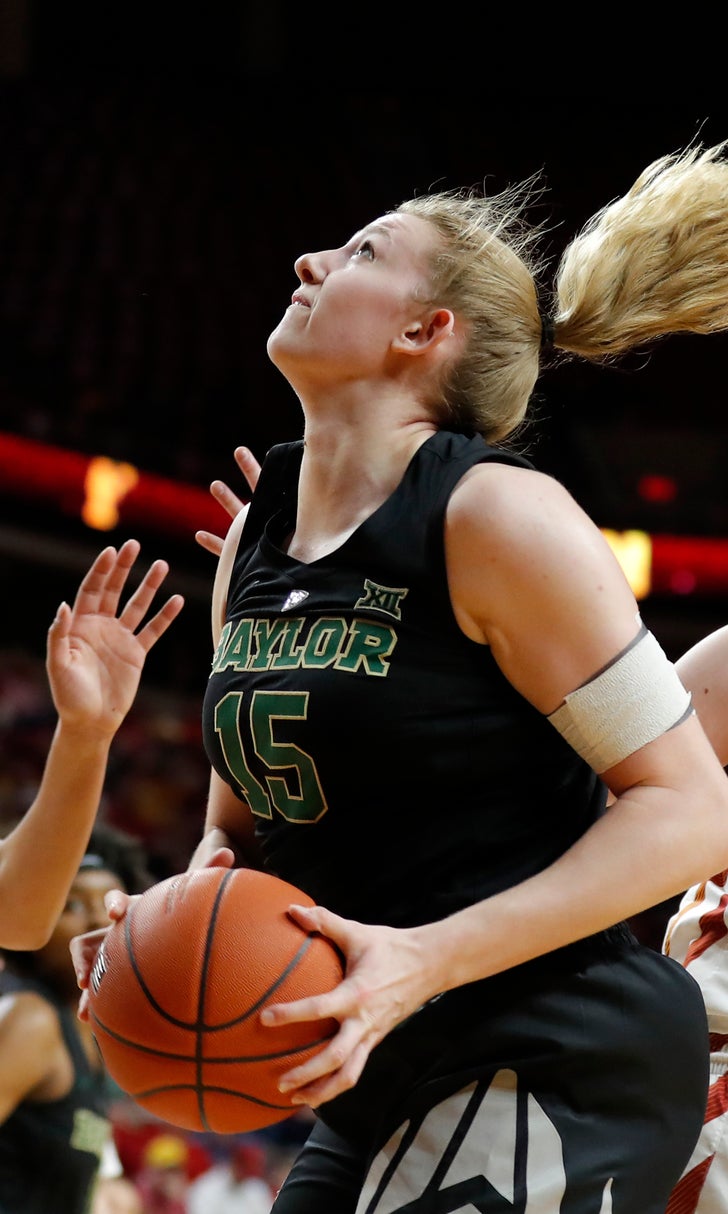 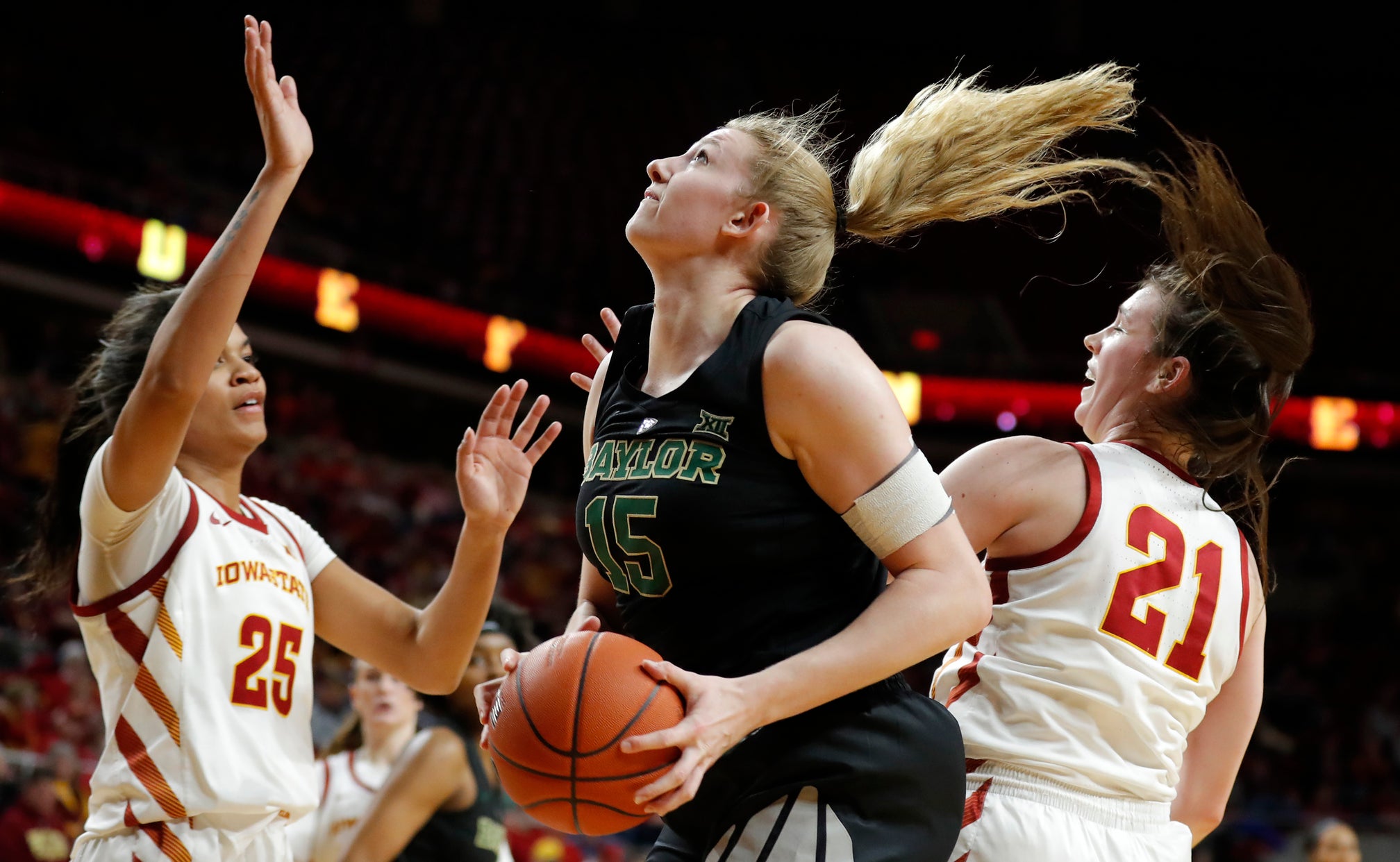 AMES, Iowa (AP) — Top-ranked Baylor won't have to share the Big 12 title with anyone.

The Lady Bears showed on Saturday why no one else deserves a piece of the crown.

Kalani Brown added 14 points and seven rebounds for the Lady Bears (25-1, 15-0). They won their 17th straight game and improved to 6-1 against ranked teams behind a stifling defensive effort.

"You've got to credit our defense. We're not going to let them just spot up and shoot 3s all day," said Baylor coach Kim Mulkey, whose team held Iowa State to 31.7 percent shooting.

Iowa State did give Baylor something of a late scare, using a 14-2 run to pull to 65-56 with just under five minutes to go. But Landrum drilled a 3 to push the lead back to 12, and the Bears held Iowa State scoreless for over three minutes.

The Cyclones (20-7, 10-5) entered play with six wins in seven games and a 15-1 record at home, leading to speculation that Baylor's unbeaten streak might be in jeopardy. But the Lady Bears were up to the challenge, grabbing their first 10-point lead less than five minutes into the first quarter.

Baylor then opened the second quarter on a 19-9 run, capped by NaLyssa Smith's layup that pushed its lead to 42-22.

"They're No. 1 in the country for a reason," Iowa State coach Bill Fennelly said. "It's a make shot, miss shot game, and we missed a lot of shots."

Star Bridget Carleton did all she could to keep the Cyclones in the game, scoring 14 points in the third quarter alone to help Iowa State pull within 63-52 with 6:41 left. But Baylor flummoxed Carleton's teammates, as Iowa State shot just 5 of 27 on 3s.

"Holding those guys to five 3s is just a tremendous effort. That was our focus," Mulkey said.

Baylor: Baylor made 18 of its first 27 shots in one of the tougher road venues in the country, and combined that with defense so tough that even the shots Iowa State made were tightly contested. The Cyclones made a game of it late, but the outcome was essentially decided by halftime.

Iowa St: The Cyclones were going for their first-ever win over a No. 1 team — and Fennelly's 500th career victory. Baylor made it clear from the tip that neither of those things was going to happen on Saturday.

Lauren Cox had nine points on 3 of 10 shooting. But the Baylor standout added 14 rebounds and seven assists, using her position on the block to kick out to the likes of Jackson and Landrum for open jumpers. ... Alexa Middleton had 14 points and five assists for Iowa State. But three Cyclones starters; Madison Wise, Ashley Joens and Kristin Scott, combined to hit just two shots. "You know Carleton is going to shoot the majority of their shots. Middleton is going to get her shots up. What you can't have happen is that third and that fourth player scoring in double figures," Mulkey said.

PLAYER OF THE YEAR DEBATE

Mulkey was asked about who she thought should be the Big 12 player of the year. Mulkey made a passionate case for Brown, arguing that she "gets triple-teamed every game." But just a few minutes later Fennelly, without being asked, made a push for Carleton. "There should be no doubt, no doubt, who the player of the year in the league is. And if anyone doesn't vote for Bridget Carleton, then you need to come talk to me," Fennelly said. "I'll see you at the Big 12 meetings."