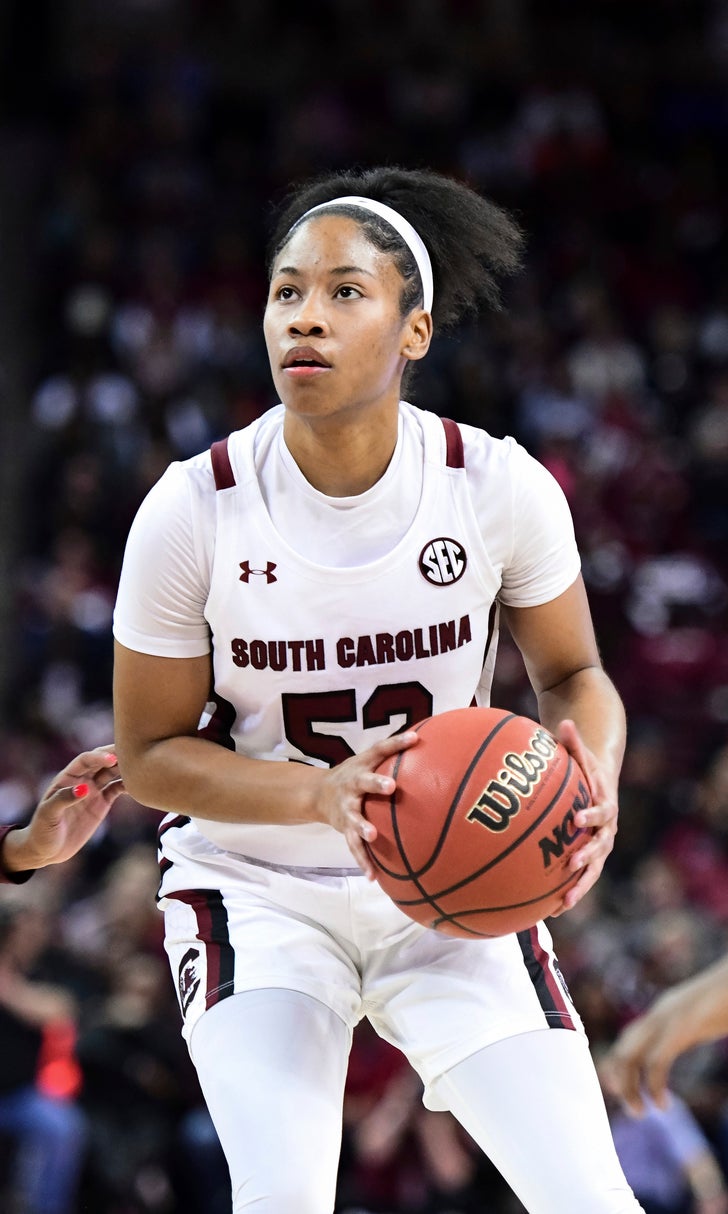 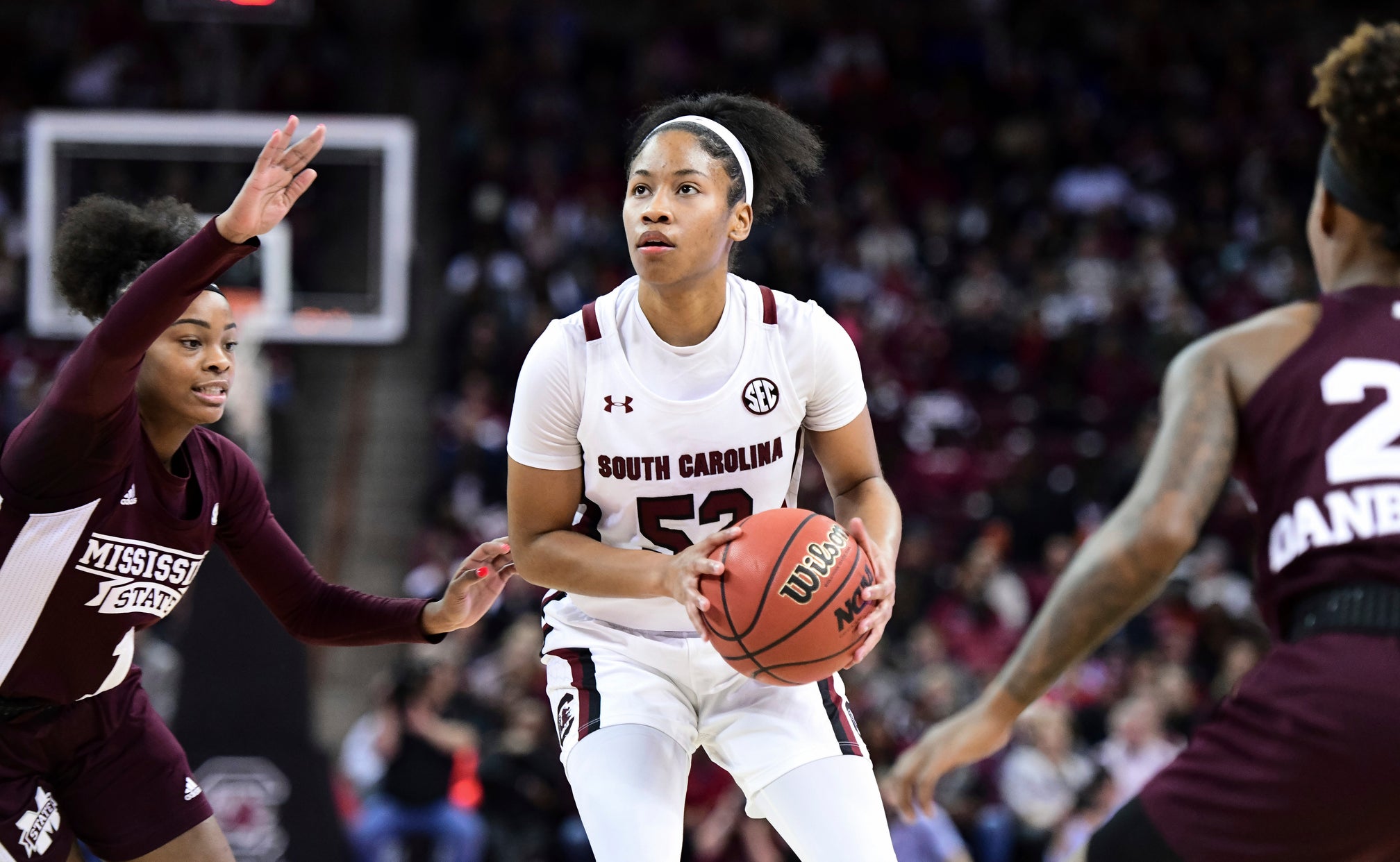 COLUMBIA, S.C. (AP) — Tyasha Harris scored a season-high 23 points, hitting the go-ahead basket with 2:01 left, as No. 1 South Carolina rallied from nine-points down in the final quarter to beat No. 9 Mississippi State 81-79 on Monday night.

Mississippi State (17-3, 4-1 Southeastern Conference) had several chances to go in front, but could not.

Rickea Jackson and Jordan Danberry both missed shots to put the Bulldogs back in front in the final two minutes. And South Carolina freshman Zia Cooke stole Mississippi State's last inbound pass with 4 seconds left and ran out the clock.

Harris scored the final five points for the Gamecocks (18-1, 6-0), who won their 12th straight and got a sixth victory in seven meetings with a Top-25 opponent this season.

COLLEGE PARK, Md. (AP) — Shakira Austin scored 20 of her 22 points in the second half, Taylor Mikesell had 16 points and eight assists and Maryland beat Indiana.

Kaila Charles and Stephanie Jones each added 12 points for Maryland (14-4. 5-2 Big Ten). Charles had nine rebounds, Austin made 10 of 13 free throws and Mikesell hit four 3-pointers. The Terrapins have won all eight meetings in the series.

Maryland started the game on an 8-0 run and its 18-3 spurt to close the second quarter made it 34-21. The Terrapins' 9-0 run in the third quarter extended their lead to 22 points.

Tennessee was ahead for most of the game until Alabama took its first lead since the opening minutes at 59-58 on Jordan Lewis' basket for the Crimson Tide's third 3-pointer in four possessions.

The teams traded the lead until Davis' high-arching 3-pointer just before the buzzer.

Jordan Horston scored 16 of her 19 points in the second half and Davis finished with 16 points and nine rebounds for Tennessee (15-3, 5-1 Southeastern Conference). Tamari Key had six of Tennessee's 13 blocked shots and Kellie Harper won her 300th game during her 16-year head coaching career.

Southeastern
share story
those were the latest stories
Want to see more?
View All Stories
Fox Sports™ and © 2020 Fox Media LLC and Fox Sports Interactive Media, LLC. All rights reserved. Use of this website (including any and all parts and components) constitutes your acceptance of these Terms of Use and Updated Privacy Policy. Advertising Choices. Do Not Sell my Personal Info