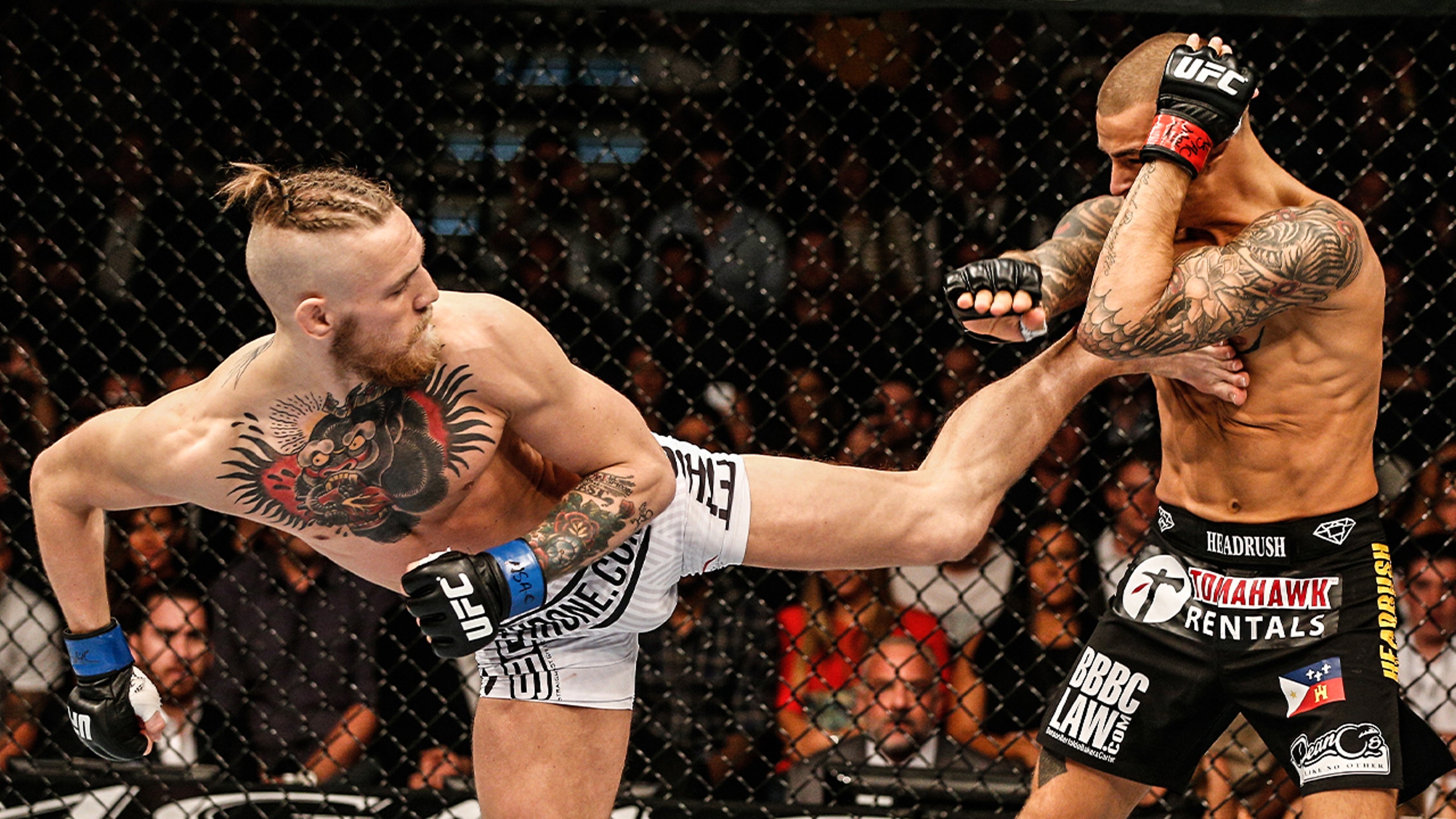 Saturday will represent the second rematch of Conor McGregor's career.

But unlike his back-to-back fights against Nate Diaz in March and August 2016, this rematch will take place more than six years since the first matchup.

On Saturday, McGregor will reenter the octagon for the first time since his 40-second demolition of Donald "Cowboy" Cerrone in a welterweight bout on Jan. 18, 2020, at UFC 246, a fight that served as McGregor's first since a UFC lightweight title loss to Khabib Nurmagomedov on Oct. 6, 2018, at UFC 229.

Awaiting him at Saturday's UFC 257 is Dustin Poirier, a former interim lightweight champion who also lost to Nurmagomedov and whose most recent win came on July 27, 2020, a unanimous decision victory over Dan Hooker.

McGregor and Poirier have history, albeit quick history.

Prior to their first fight at UFC 178 on Sept. 27, 2014, the two men were in distinctly different places in their careers.

It was Poirier's 11th fight in the UFC, mainly in the featherweight division (145 pounds), and he entered with a record of 8-2 in the promotion.

McGregor, on the other hand, was still climbing through the ranks of the UFC, and it was only his fourth fight in Dana White's promotion. He was 3-0, and two of his victories were highlight-reel knockouts.

At that time, Poirier was meant to represent a step up in competition for McGregor.

However, the fight ended with McGregor earning his second consecutive Performance of the Night award, scoring a TKO less than two minutes into the first round.

Check out the full fight below:

Over the next five years, McGregor won the lightweight title, fought twice at welterweight and boxed Floyd Mayweather Jr.

As for Poirier, after the loss to McGregor, he put together a record of 10-2-1 NC in his next 13 fights.

Now the two men will meet in a different weight class and on a much bigger stage. Both are hoping to get one more crack at the lightweight title with a win Saturday, possibly against Nurmagomedov, should he choose to return to the sport after his retirement at UFC 254 on Oct. 24, 2020.