Don’t think for a second that Michael Chiesa is losing focus on his fight this Sunday night against Kevin Lee because he's speaking about Conor McGregor, but it's impossible to ignore considering what the lightweight champion is up to these days.

McGregor has been in the headlines after his fight with Floyd Mayweather was announced last week with the UFC superstar crossing over to meet arguably one of the greatest boxers of all time.

As much as McGregor is being celebrated for taking on the challenge while likely being paid over $100 million for the fight, the lightweight division in the UFC is left in limbo without a champion to defend his title for the majority of 2017.

Of course, UFC president Dana White has said that McGregor intends on returning to the Octagon before the end of the year, but nobody can say with certainty that the Irishman will ever come back to the UFC much less guarantee he'll defend his belt this year.

"We don't need to beat around the bush. Conor's doing what he's doing is [expletive] retarded. What Conor is doing is ridiculous," Chiesa said when speaking to the Fight Society podcast this week. "It's a tricky decision, and it's all tricky because we're sitting and waiting for one guy to do something, and you've got 10 guys spring loaded to do something. Like we're all gunning to be world champion and it sucks just having to sit back and wait to see what this guy does.

"By the time the Floyd [Mayweather] fight happens, his belt will have not moved for a year. This division has already been plagued by delays. Look when [Anthony] Pettis was champion, how many fights we had. We had none. There's never been an interim title. Once again the lightweight division is back logged so it kind of sucks. It really does."


With a win over Lee this weekend, Chiesa would seemingly be in a perfect position to stake a claim to a No. 1 contender's fight against another top-ranked contender in the lightweight division. But McGregor's absence puts that all into question for now. McGregor won the title last November with a second-round TKO against Eddie Alvarez, but then went on hiatus from the sport until booking his fight with Mayweather on Aug. 26.

It doesn't help matters much that the UFC planned on crowning an interim champion in March before Khabib Nurmagomedov was forced out of his scheduled fight with Tony Ferguson just a day before the event took place.

Of course, Chiesa can't really blame McGregor for going after a life changing payday like he'll receive for spending 12 rounds in the ring with Mayweather, but the ramifications of that decision will affect more than just his career in the long run.

"I win this fight, I feel like I win this fight I'm on a four-fight win streak, give me a top five guy. I win, give me a title shot, let's move on," Chiesa said. "If not, I'll maintain my relevance, I'll go up to 170 [pounds] and fight guys until Conor starts making moves and then I'll come back down. The lightweight division is the most competitive in the world and it's a shame that we don't get the chance to showcase it because we have a champion that's sitting around.

"As upset as I am in the state of the lightweight division, I'd probably do the same thing if I were Conor and I had $100 million waiting for me. I don't blame him for doing what he's doing but it sucks for the rest of us." 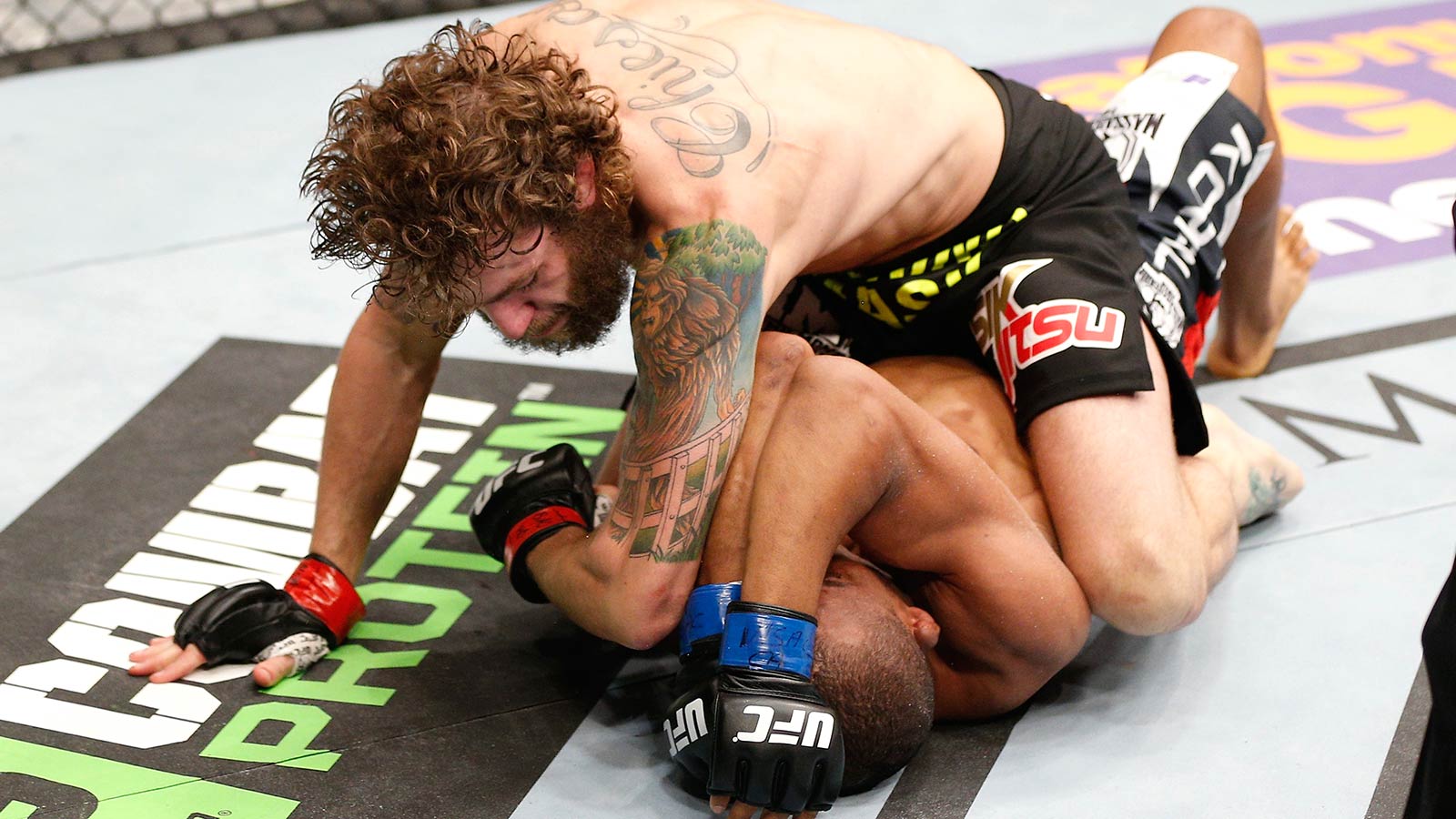 If McGregor remains out of the picture in the immediate future, Chiesa feels like a victory in the main event will put him in a very advantageous position alongside three other lightweight contenders in the same pack, all vying for title contention.

Chiesa wouldn't mind at all if that de facto four-man tournament ultimately declared a champion if McGregor is still sitting on the sidelines away from the UFC.

"I think it puts me in a great spot. It will boil down to pretty much me, Khabib [Nurmagomedov], [Tony] Ferguson and [Edson] Barboza," Chiesa said. "I mean Eddie [Alvarez] is still in there but he wants his rematch with [Dustin] Poirier so I think I win this fight, I almost fought Tony back in July. Then I was the back up guy for UFC 209 with Khabib when Tony wasn't signing his contract.

"So I think these things going on behind the scenes, a win over Kevin Lee will definitely jump me in line not only in the rankings but also in the political side of things, which we all know numbers don't matter. It's all in the politics."

If Chiesa has his way, he'll beat Lee on Sunday and then he'll get the opportunity to face one of those three fighters although one name still stands out above all the rest.

"More than anything, I'd like the Ferguson fight," Chiesa said. "I got so close to it. That's the only one that really gets to me but first come first serve. I'm up for whoever."

Chiesa faces Lee in the main event on Sunday night with the main card airing live on FS1 starting at 9 p.m. ET. Listen to the rest of Chiesa's interview alongside former welterweight champion Johny Hendricks and new UFC featherweight Megan Anderson on the latest Fight Society podcast via Soundcloud or download and subscribe to the show on Apple Podcasts.