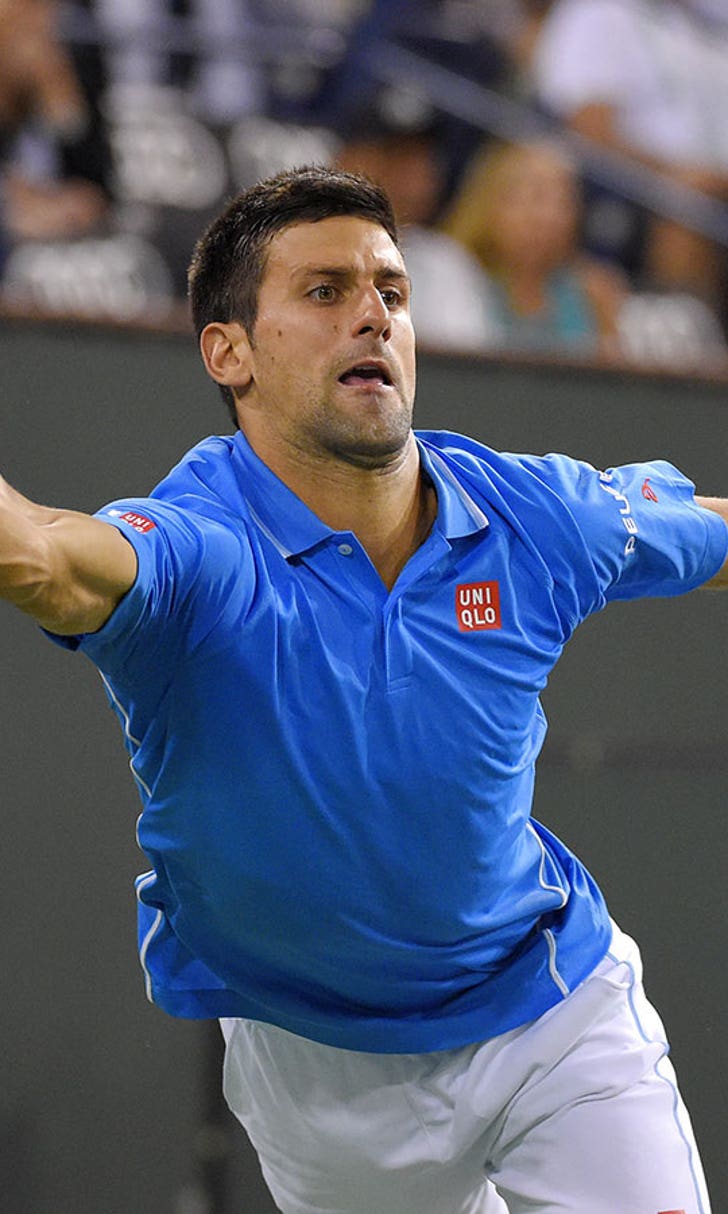 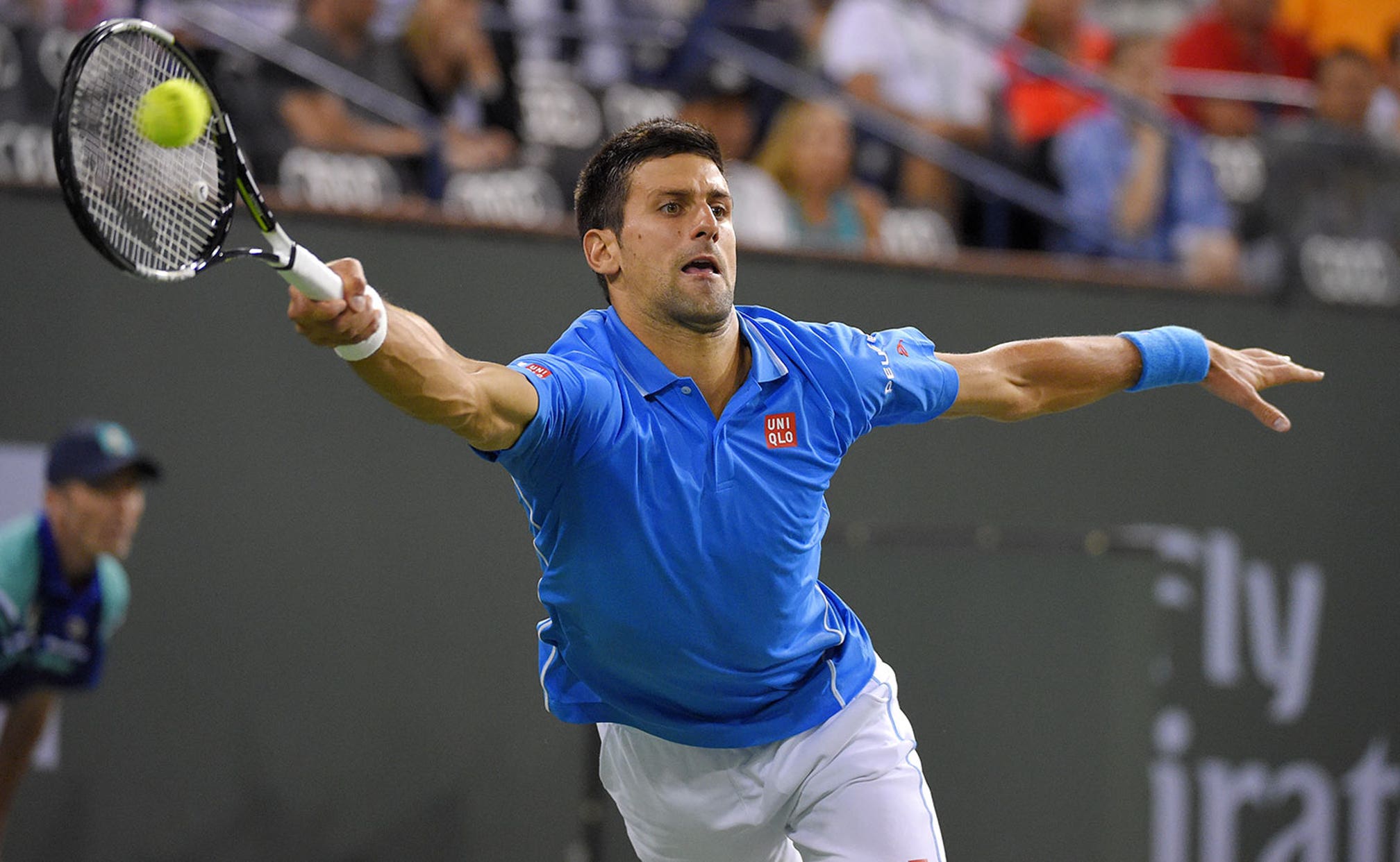 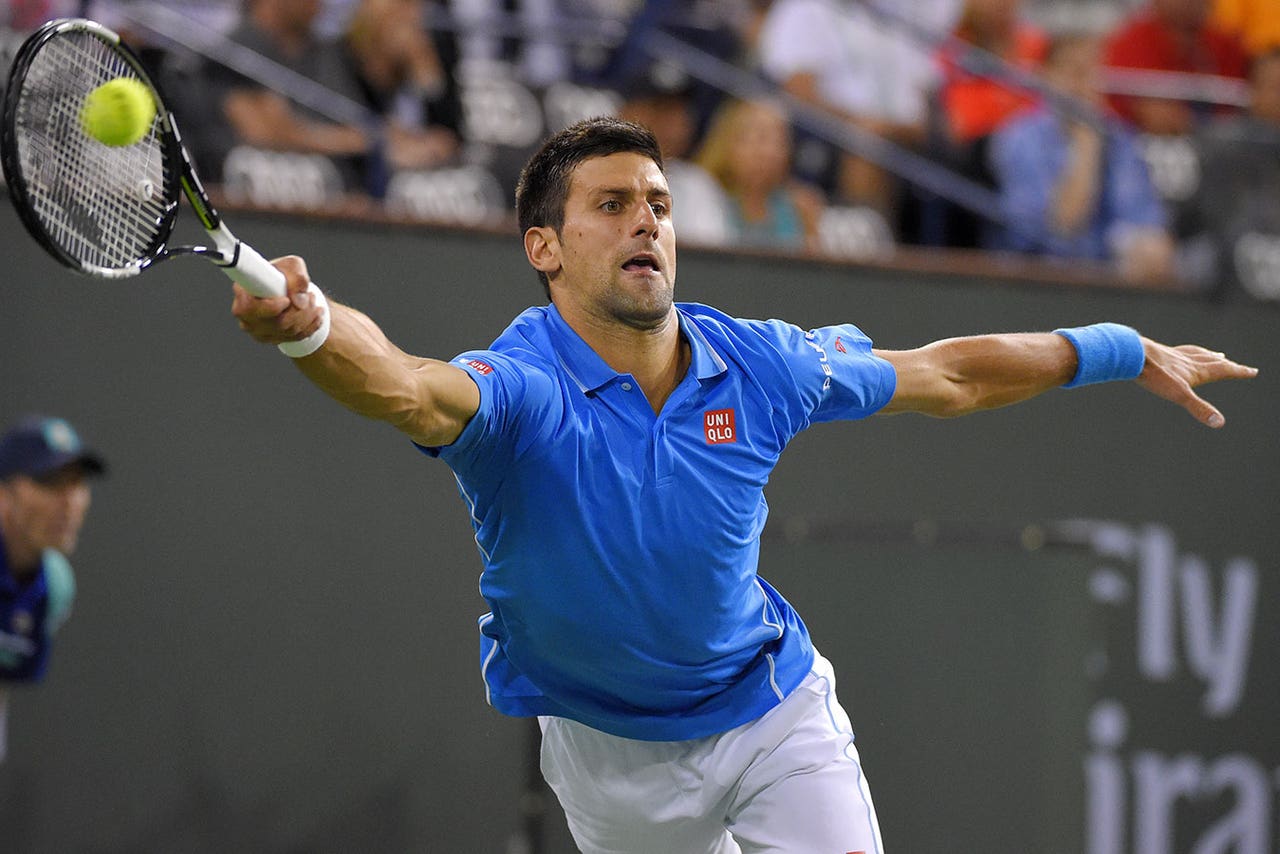 Novak Djokovic didn't have to hit a ball to get into the semifinals of the BNP Paribas Open on Thursday when opponent Bernard Tomic withdrew because of a back injury.

Tomic's withdrawal was announced about five hours before he was to play the top-ranked Djokovic, a three-time champion at Indian Wells who won his first three matches in straight sets. He had beaten Tomic each of the three times they've played.

Djokovic's semifinal opponent on Saturday will be fourth-seeded Andy Murray, who defeated No. 12 seed Feliciano Lopez 6-3, 6-4 for his 497th career victory. His wins are the most by any Brit in the Open era, overtaking Tim Henman who had 496 career wins.

Murray dropped serve just once against the left-handed Lopez while serving for the match at 5-2 in the second set. He improved to 10-0 against Lopez all-time.

"Every time he came to net I made it very difficult for him," Murray said. "I passed very well, and that was important, because it meant that he spent more time at the back of the court. When we were in the baseline rallies, I felt like I was able to dictate a lot of those points."

Djokovic owns a 16-8 edge over Murray. They haven't met since the 2013 Wimbledon final, won by Murray.

"He will be totally fresh as well and ready for the semis, so it will be a tough one for me," Murray said. "But I feel like I played well this week and if I can keep that level up and for a sustained period on Saturday, I'll have a chance."

On the women's side, Jelena Jankovic reached the semifinals when qualifier Lesia Tsurenko retired in the second set with a foot injury. Jankovic, the 2010 champion, was only on the court for 46 minutes when Tsurenko called it quits trailing the Serb 6-1, 4-1.

"In the second set she started limping, and I saw that she had some problem," Jankovic said. "That's the time as well I lost a little bit of my focus. I was kind of looking at what she was doing."

Not expecting to go so deep in the tournament, Jankovic said she had to double-check on when her semifinal is scheduled.

"I had to ask because I was going to do some shopping," she said.

"I really want to show everyone how well I can play," the German said. "It's such a great feeling."

Tsurenko hurt her ankle two days ago when she upset Eugenie Bouchard, one of three seeded players she beat in the desert. After losing the first set against Jankovic, a trainer wrapped her right ankle.

Top-ranked Serena Williams plays No. 3 Simona Halep in a semifinal on Saturday. Williams is back in the desert after ending her 14-year boycott of the tournament she last won as a teenager in 2001.

Tomic had gotten off to a strong start this year, reaching the quarterfinals at six of the seven tournaments he's played. The exception was the Australian Open, where he lost in the fourth round.

The Australian defeated sixth-seeded David Ferrer in straight sets in the third round here, Tomic's first win over a Top 10 player since July 2013.

Tomic beat Aussie teenager Thanasi Kokkinakis in three sets in the fourth round Wednesday and then complained of an aching wisdom tooth. His back has been bothering him since a tournament in Memphis in early February.

"It's not easy when you have two parts of the body that are like really in pain," he said.

Tomic went to hit Thursday in preparation for his match and could barely move. His back ached and the right side of his face and neck were inflamed because of the tooth, for which he has been taking medication to lessen the infection.

He said he would try to have his tooth removed next week in Miami, and wasn't sure if he would still play in the two-week tournament there. Tomic said he's been advised to rest his back for five or six days.

"I'm playing very confident, and, hopefully, the next time I play, I can be 100 percent," he said.