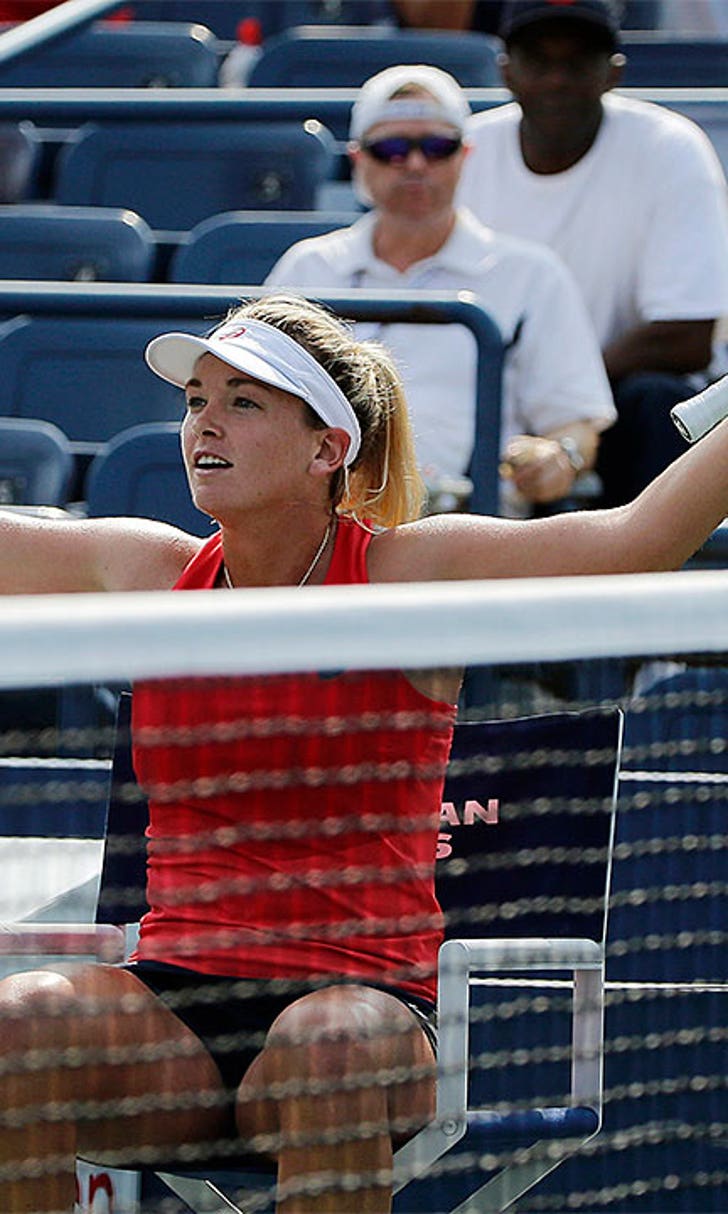 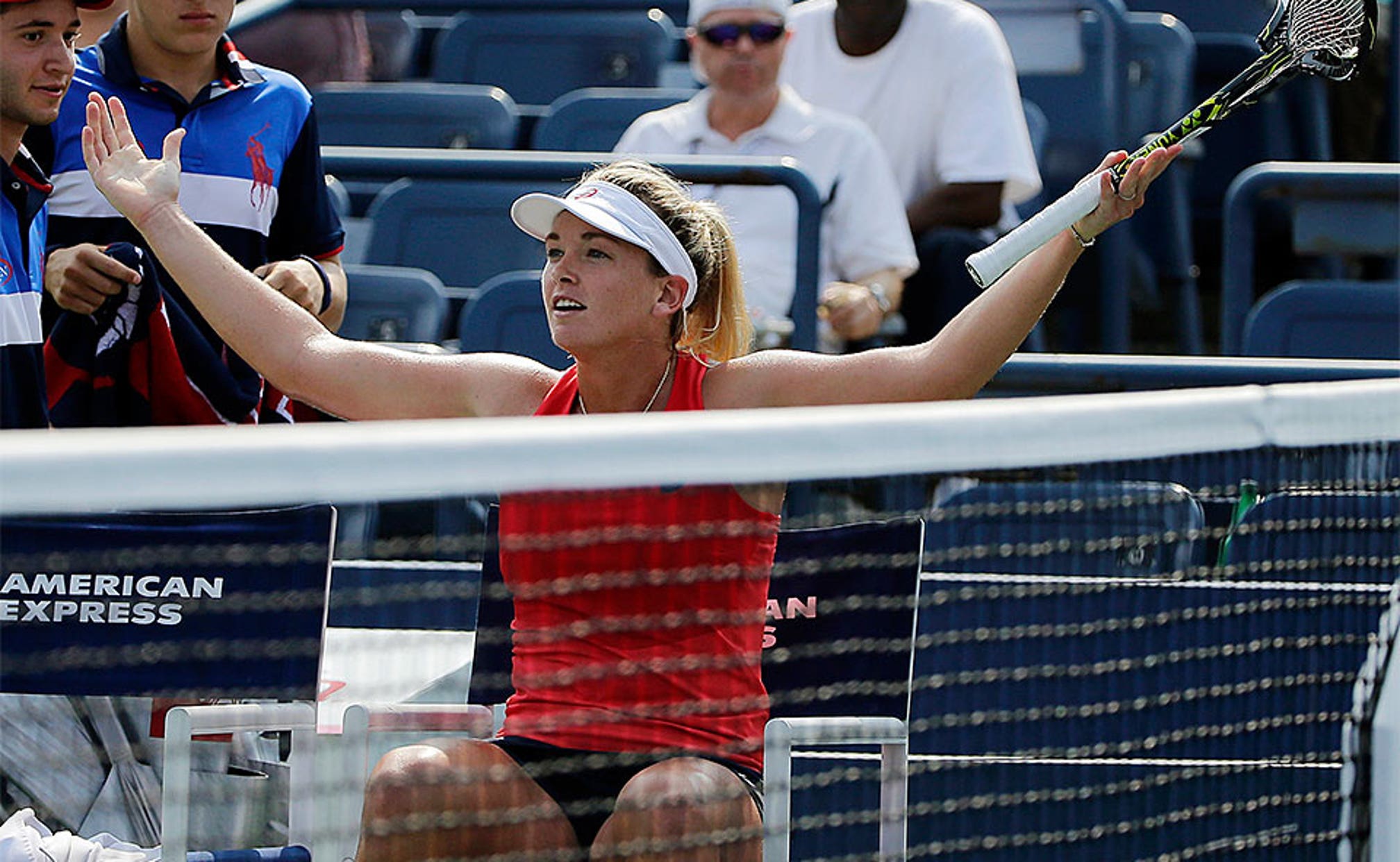 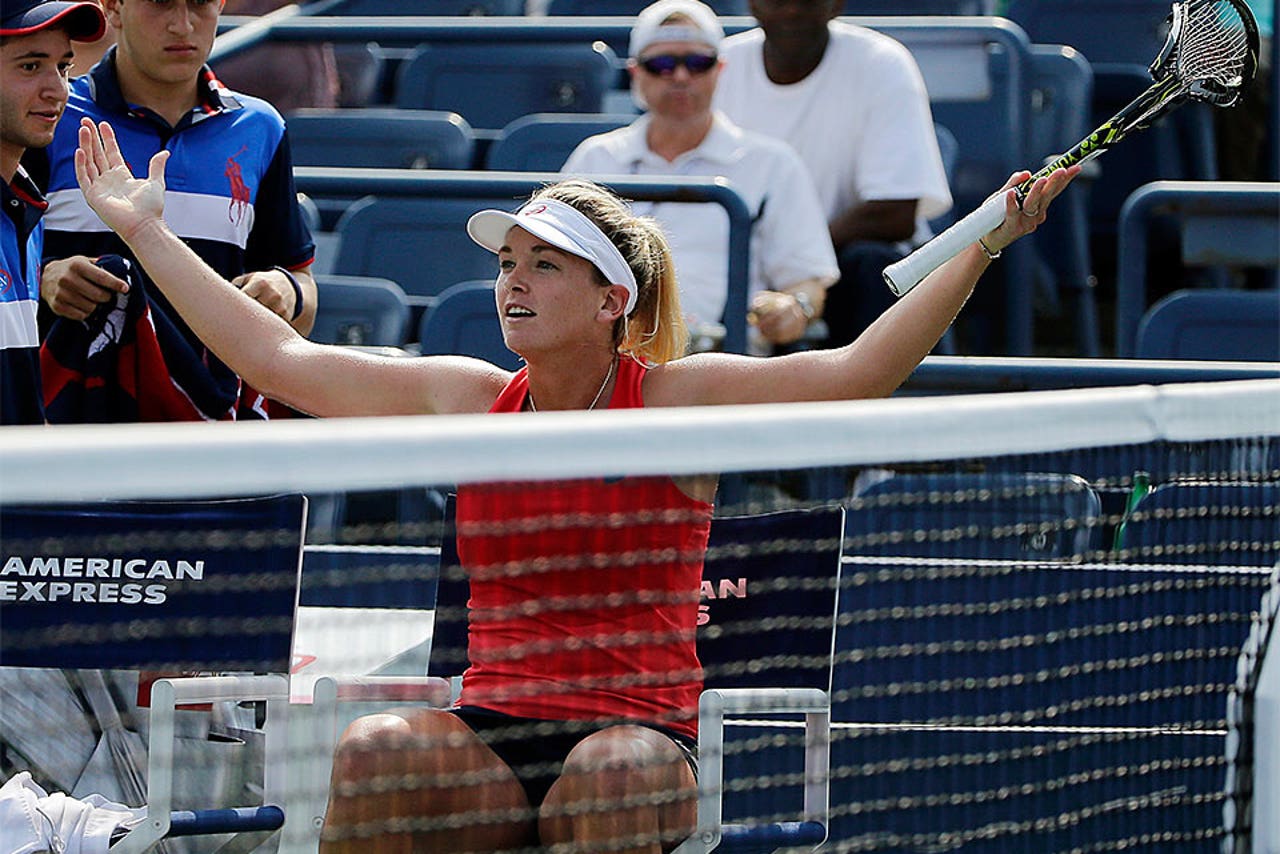 The fans at Louis Armstrong Stadium were thoroughly enjoying CoCo Vandeweghe's racket demolition. So was her opponent.

"I was cracking up on the sideline there," Bethanie Mattek-Sands said after beating her fellow American in the second round of the U.S. Open on Wednesday.

After Vandeweghe fell behind 5-0 in the first set, she smashed her racket on her chair, then slammed it on the court three more times. Finally, Vandeweghe raised her arms to the crowd and smacked it once more.

"I was down 5-0 and I definitely had a lot of nervous energy, pent-up frustration, and I let it rip," Vandeweghe said later.

"I thought she was done," Mattek-Sands recalled, "and she just kept going. I was like, Go big or go home. You might as well destroy it."

Vandeweghe acknowledged that she was thinking ahead to her potential next opponent: Serena Williams.

"It's just unfortunate that I was thinking that way," she said. 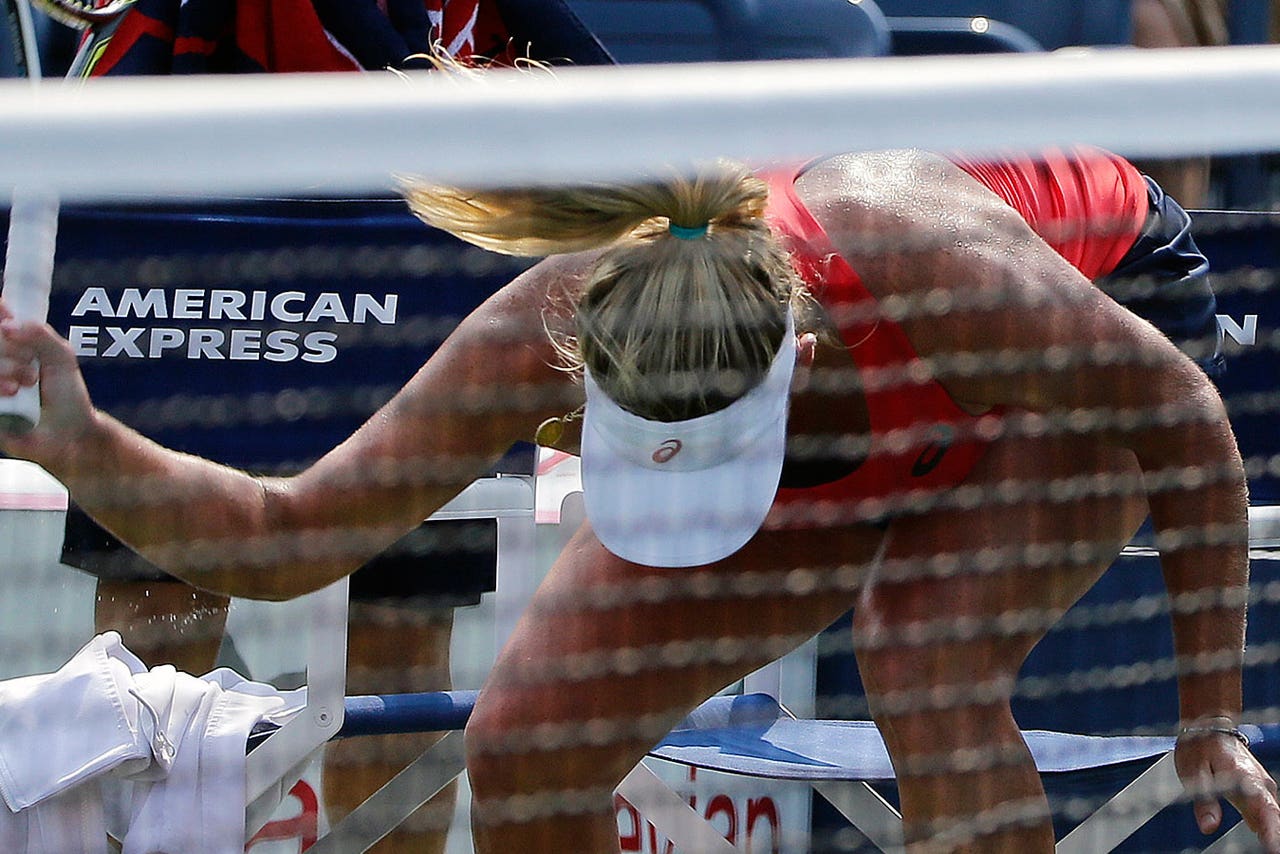 Instead, she leaves the U.S. Open with a viral video. Other players were telling her in the locker room that the clip was already all over the Internet and TV.