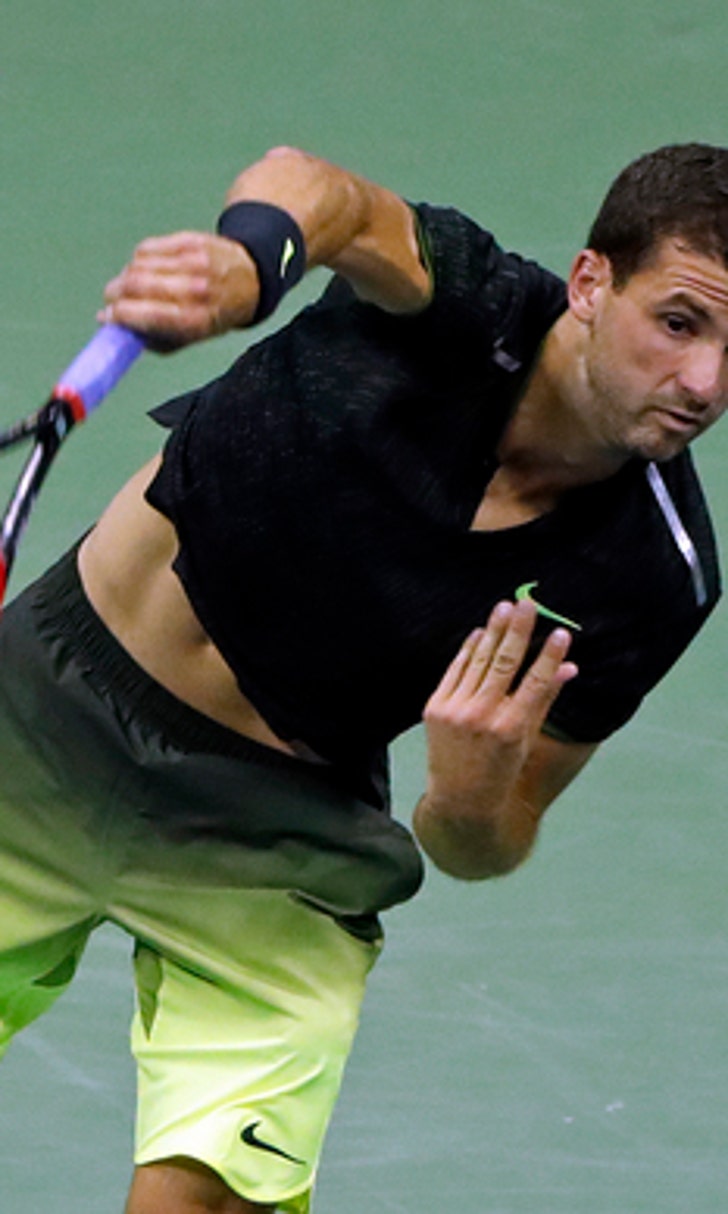 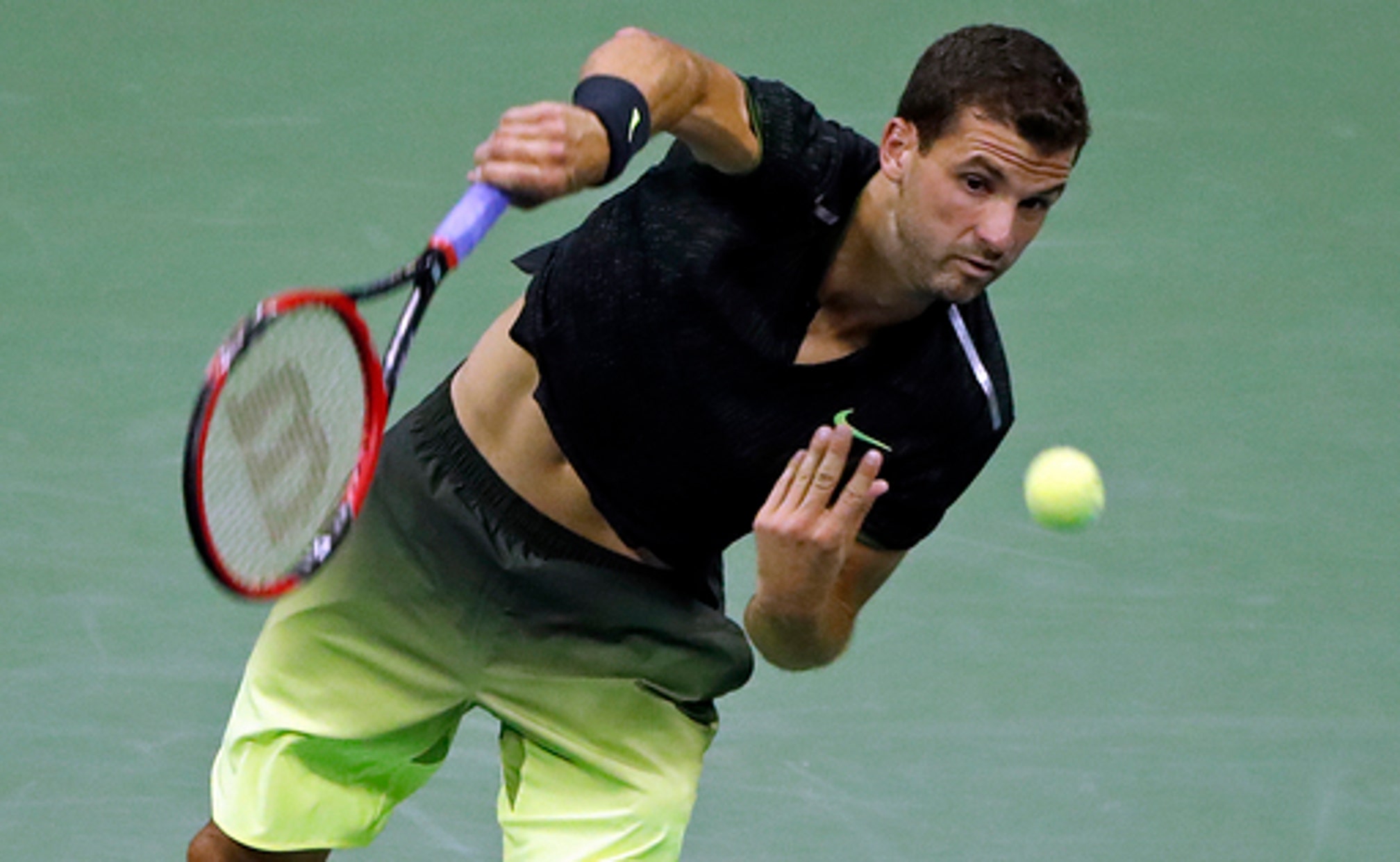 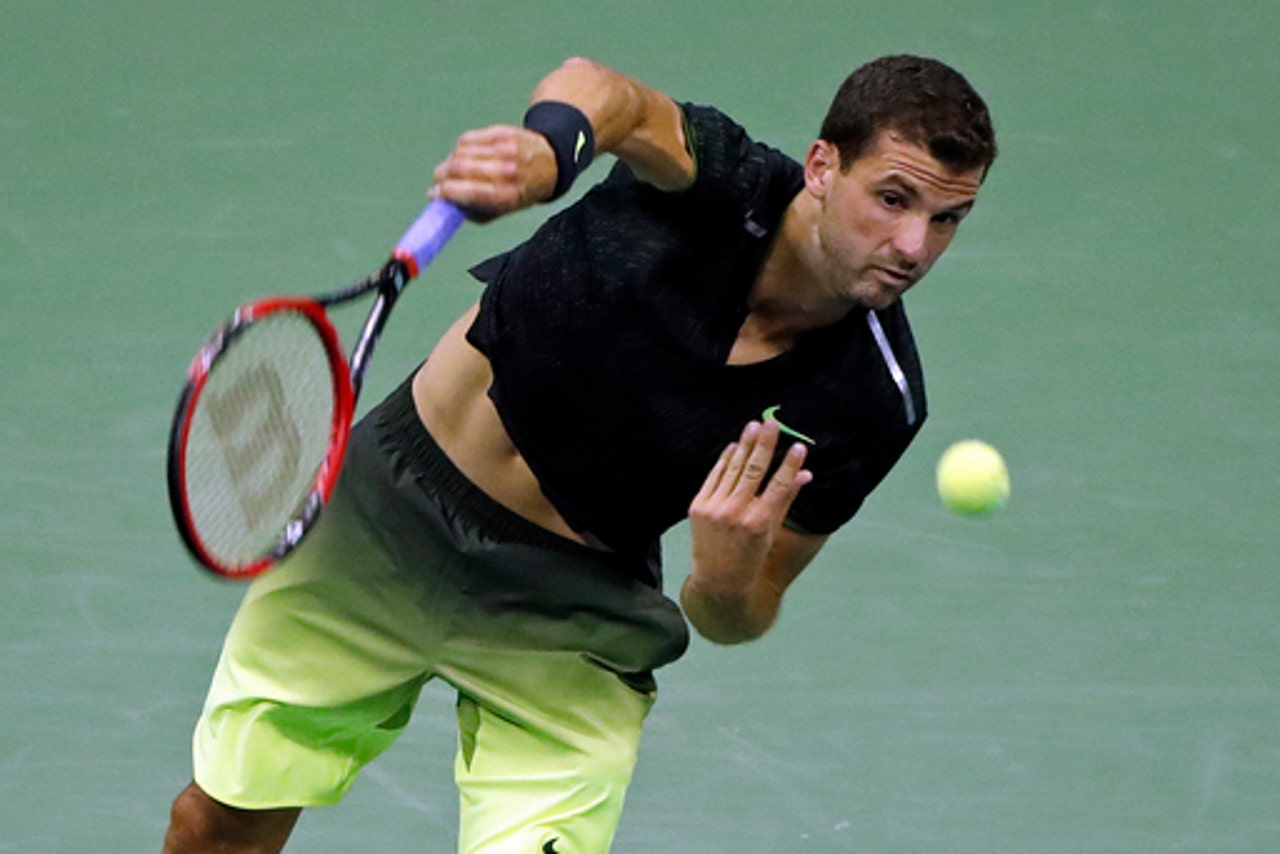 NEW YORK (AP) The U.S. Open's serve-speed readout board told the world that Andy Murray smacked a serve at 141 mph.

He had his doubts.

Taking 9 of 10 games at the outset, Murray overwhelmed Grigor Dimitrov 6-1, 6-2, 6-2 on Monday night to reach the quarterfinals for the 22nd time in his past 23 Grand Slam tournaments.

''I didn't give him an opportunity, once I was ahead, to let him back in the match,'' the No. 2-seeded Murray said.

A big part of the way he took control - and remained in control - was his serving.

''I served a bunch in the low 130s, mid-130s, which was good. I got a lot of free points with my serve tonight,'' Murray said. ''The conditions do a lot for you to serve quick. The balls are fast. I wanted to use that to my advantage as the tournament goes on. I did go up in (racket string) tension a little bit from the last match. Maybe that allowed me to feel like I was able to swing a little bit harder.''

As for the evening's fastest serve, which Murray said would be the first time he's topped 140 mph: ''I think that was lucky. I only did it once. So I'm not expecting to do it again.''

He played well in various areas, certainly, but also faced little resistance from No. 22 Dimitrov, who had accumulated 23 unforced errors and only two winners by the time he trailed 3-0 in the second set.

''Obviously,'' Dimitrov said, ''today I ran out of fuel, I think, physically and mentally.''

Murray has lost three times in 10 meetings against Dimitrov, whose all-court game and smooth, one-handed backhand earned him the nickname ''Baby Fed,'' as in Roger Federer. Dimitrov's success against Murray include matchups in the 2014 Wimbledon quarterfinals and in their most recent encounter, in May at Miami.

But Murray is playing about as well as possible lately, reaching the final at each of his last seven tournaments prior to the U.S. Open. He has won 26 of his past 27 matches, including a title at Wimbledon and a second consecutive singles gold medal at the Olympics.

''Andy is the best player right now out there,'' Dimitrov said.

The 2012 champion at Flushing Meadows will face No. 6 Kei Nishikori in the quarterfinals Wednesday; the other matchup on their side of the draw is No. 3 Stan Wawrinka vs. 2009 U.S. Open title winner Juan Martin del Potro. Murray beat Nishikori in the semifinals at the Rio Games last month.

The only time in the past six seasons that Murray failed to get at least this far at a major that he entered came a year ago at the U.S. Open, when he lost to Kevin Anderson in the fourth round.

Now, though, Murray has a chance to become only the fourth man in the Open era to reach all four Grand Slam finals in a single season.

He lost to No. 1 Novak Djokovic in the finals of the Australian Open in January and French Open in June, before winning Wimbledon for the second time in July.