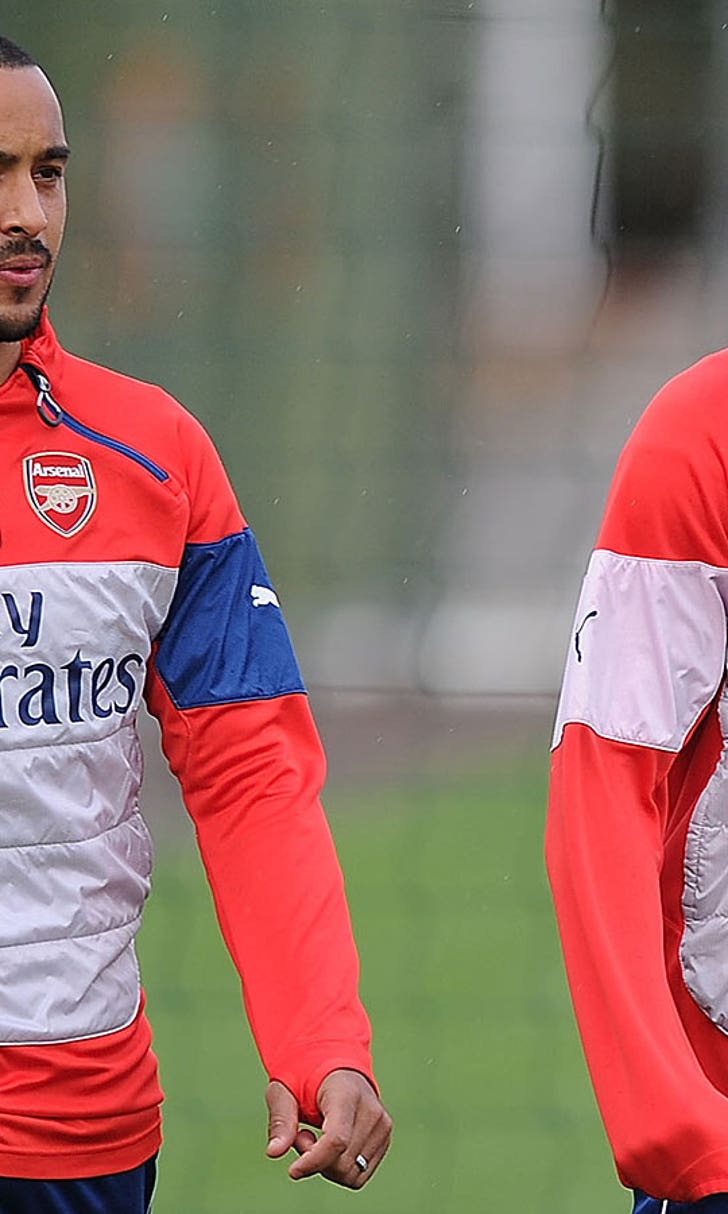 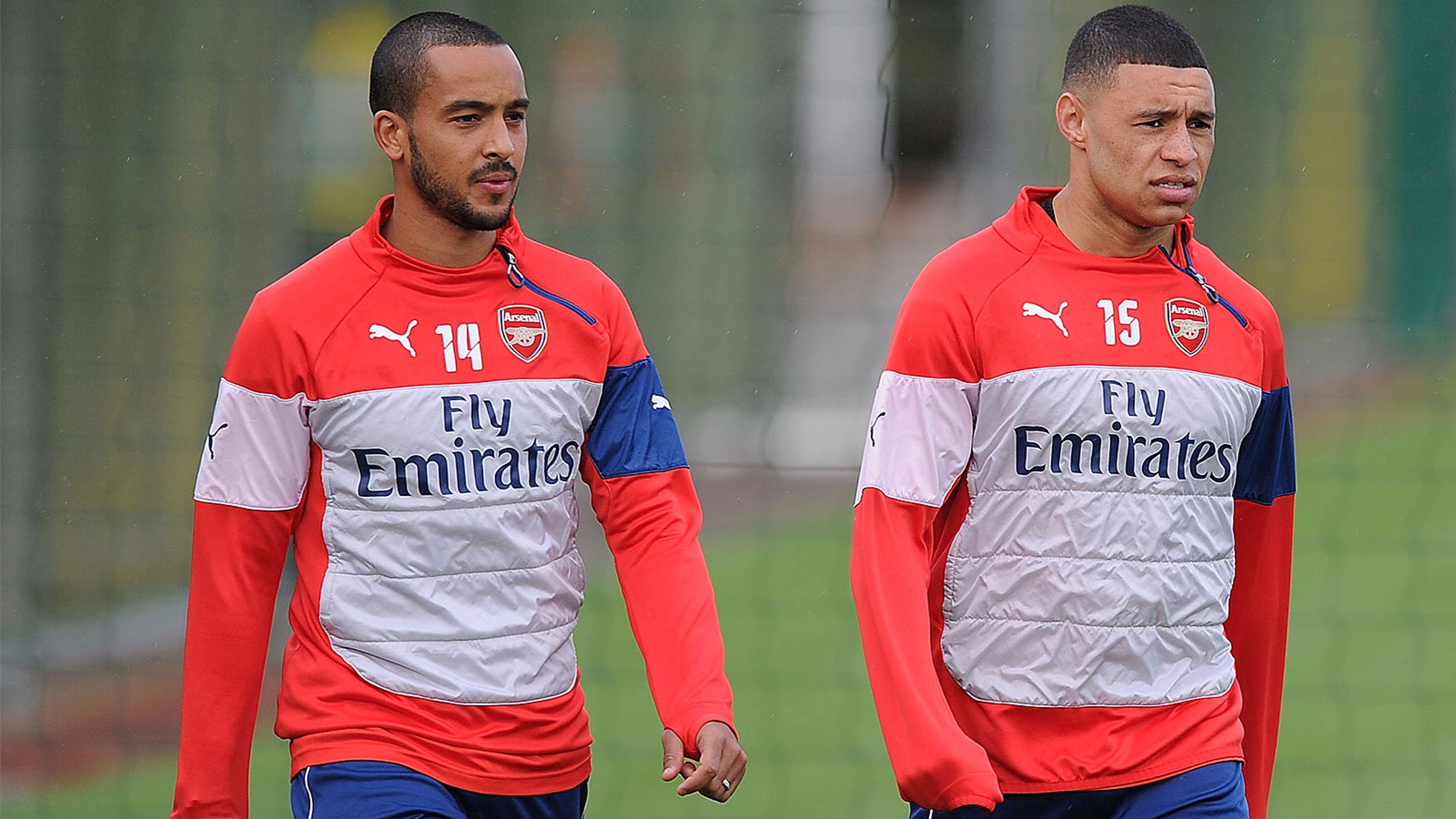 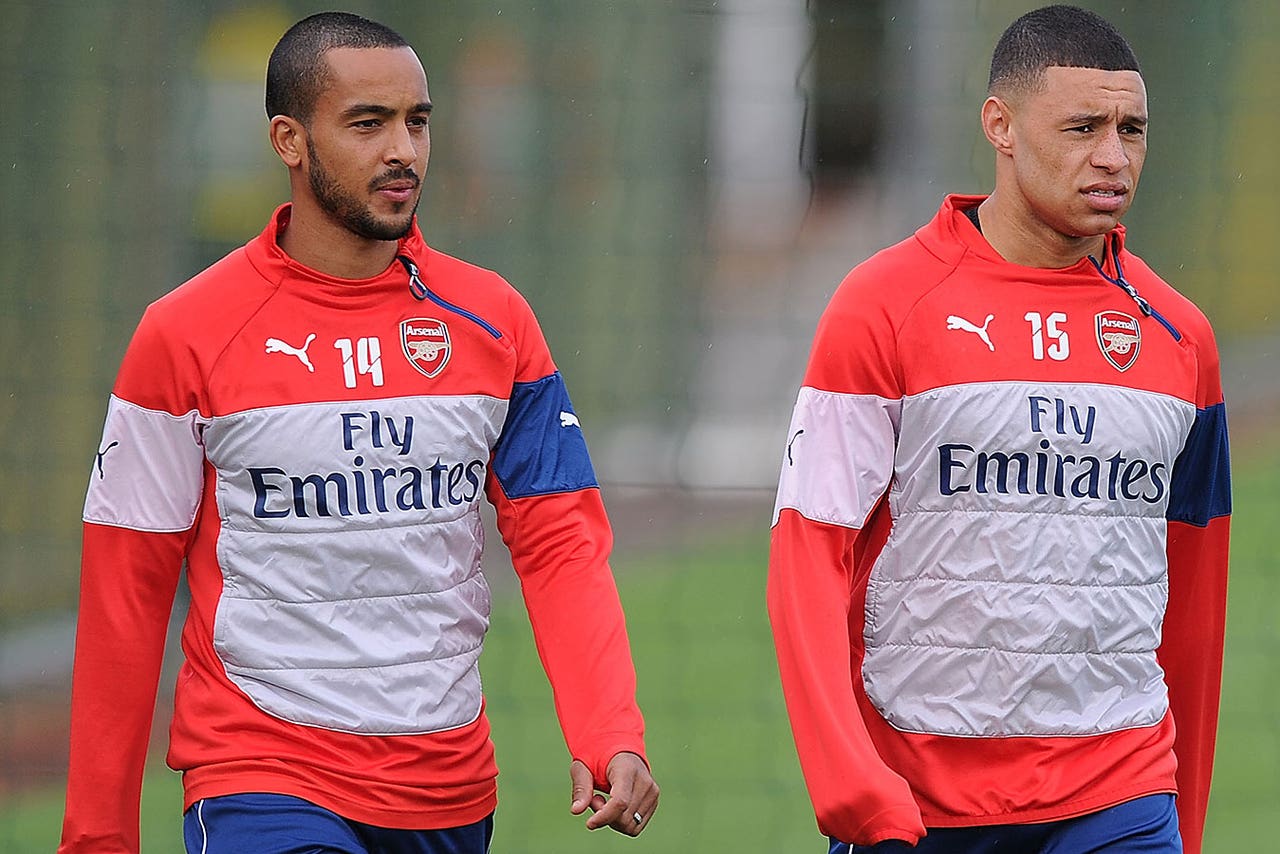 Theo Walcott and Alex Oxlade-Chamberlain are out until after the forthcoming international break, Arsenal boss Arsene Wenger has announced.

Both England internationals went off in the opening 20 minutes of Tuesday's Capital One Cup fourth-round loss at Sheffield Wednesday.

Oxlade-Chamberlain was replaced after five minutes due to a hamstring problem and, Walcott, who came on in his place, went off after 19 minutes with a calf problem.

Wenger is still waiting for scans to determine the full extent of the injuries, but neither will feature for the Gunners in the next three games or for England in November's international break.

The Frenchman told arsenal.com on Thursday: "Nothing has changed since after the game.

"They are out but the scans are today - it's 48 hours afterwards.

"We hope they are light injuries, but they are out until after the international break."

Arsenal, who are second in the Barclays Premier League, play at Swansea on Saturday.

The Gunners have key games prior to the international break, when England play Spain in Alicante on November 13 and France at Wembley on November 17.

Wenger's men face a crucial Champions League tie at Bayern Munich next Wednesday - they are third in Group F but beat Bayern at the Emirates Stadium earlier this month - before the North London derby with Tottenham in the Premier League on November 8.

Mikel Arteta (ankle), Aaron Ramsey (hamstring) and David Ospina (shoulder) were already out and all three will not return until the Gunners resume against West Brom on November 21, at the earliest.

Walcott and Oxlade-Chamberlain are the latest to join an injury list which includes Danny Welbeck (knee), Jack Wilshere (ankle) and Tomas Rosicky (knee).

Wenger ruled out switching Santi Cazorla from his central position to play wide on the right to fill the void created by the absentees, with Joel Campbell and Alex Iwobi options to the Frenchman.

Asked who he may field on the right wing, Wenger said: "Campbell and Alex Iwobi. Santi can play there as well but he has become very important centrally.

"The problem sometimes is that you can destroy two departments if you move one player out.

"We control the ball better with Santi in the middle."