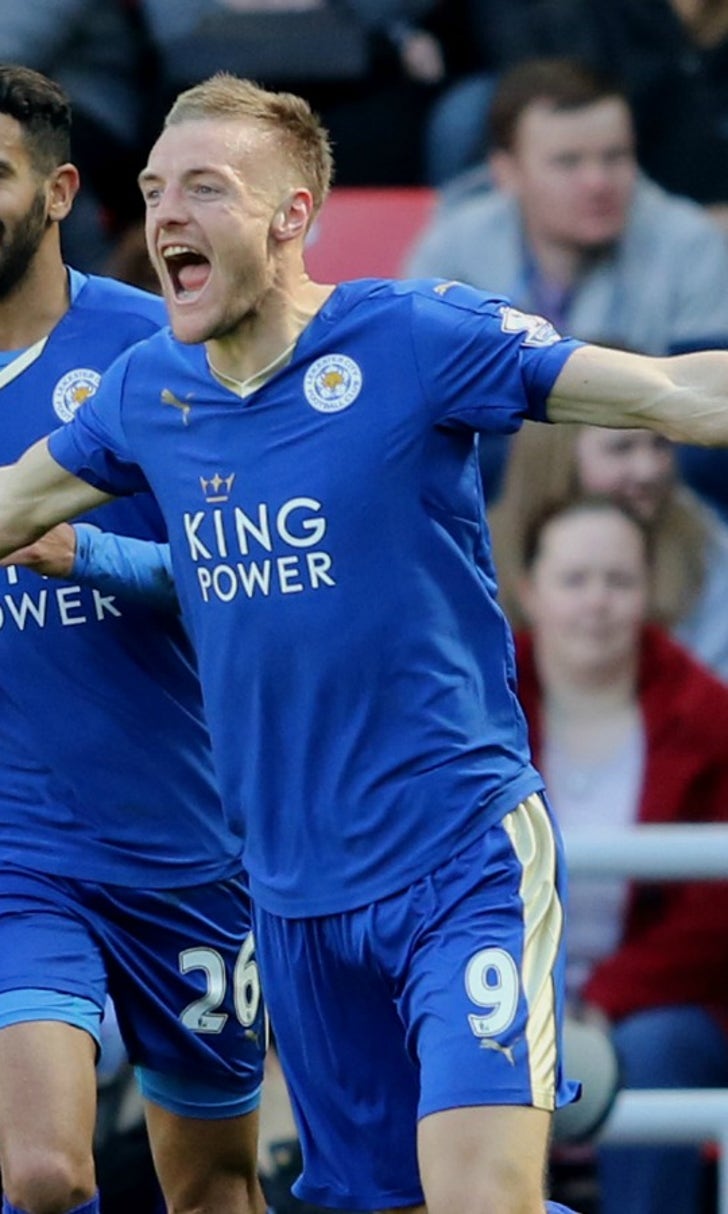 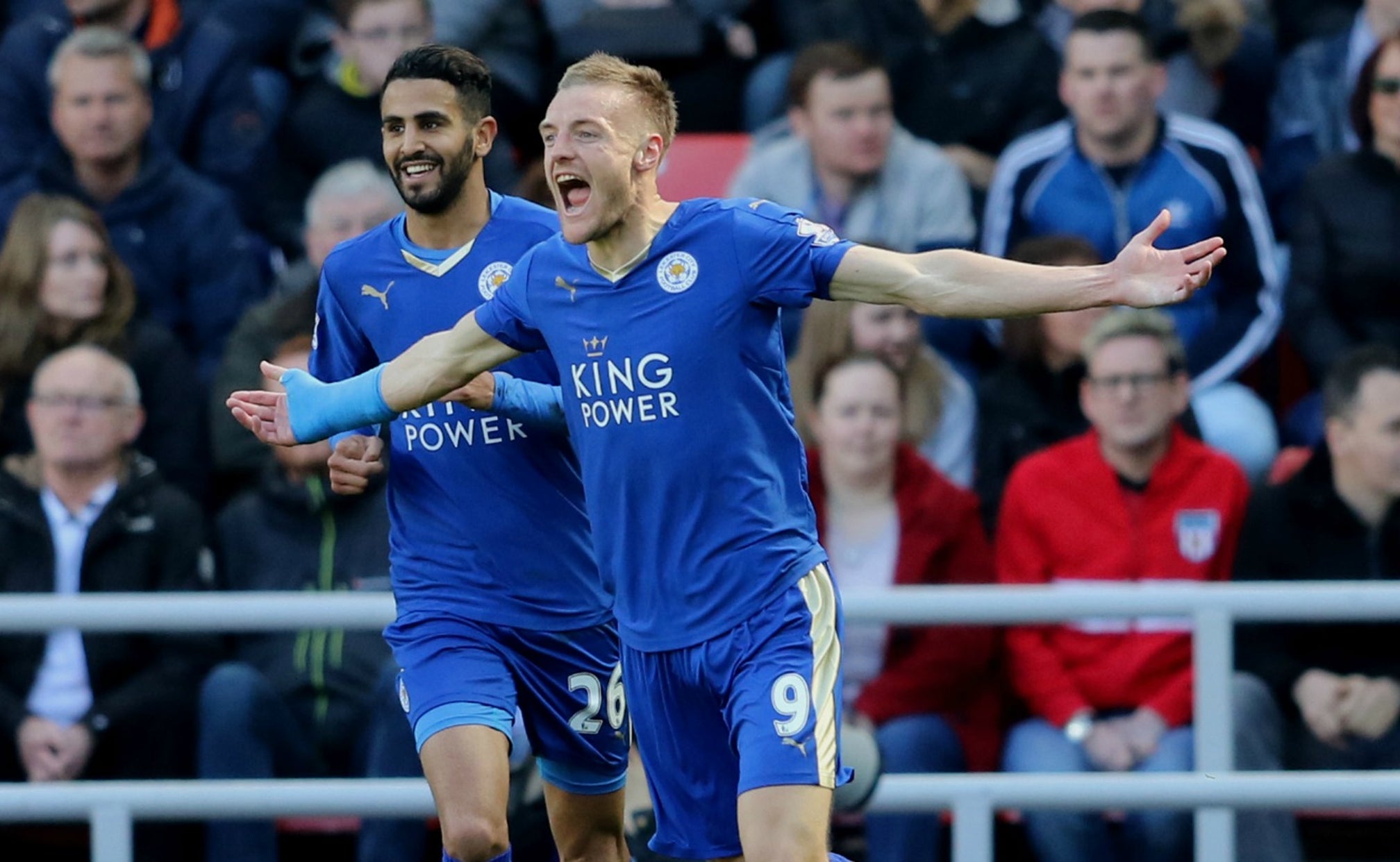 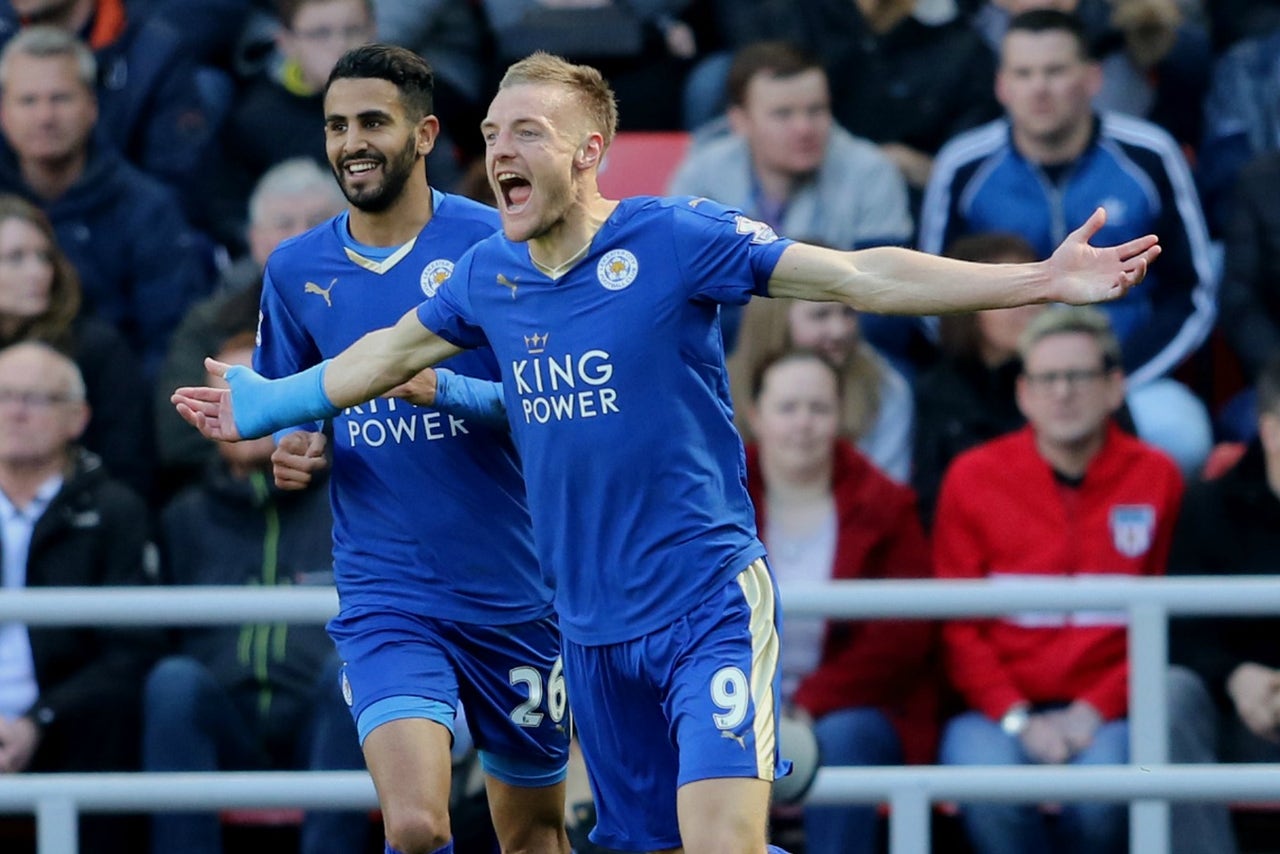 Leicester qualified for the Champions League for the first time on Sunday and moved closer to the Premier League title with a 2-0 win at struggling Sunderland.

Jamie Vardy scored both goals to take his tally for the season to 21 goals, ending a five-game drought. The goals kept Leicester seven points clear of Tottenham, which beat Manchester United 3-0, and guaranteed a top-four finish for the central England team.

Although fourth place only secures a place in the Champions League playoff round, it is highly unlikely Leicester will even be dislodged from top spot.

Sunderland, though, is four points from safety with six games remaining -- experiencing a relegation battle Leicester was embroiled in last season.

The hosts held off the leaders until the 66th minute when Vardy met Danny Drinkwater's high ball. The England striker tapped in his second in stoppage time after rounding goalkeeper Vito Mannone.

It might have been very different at Sunderland had Leicester goalkeeper Kasper Schmeichel not managed to react quickly to keep out Fabio Borini's deflected shot as the first half drew to a close.

But now it appears little can stop Leicester completing its amazing transformation from a team fighting relegation a year ago to lifting the league trophy in May.

"We've got a few games left. It's a step but a very big one," Drinkwater said. "Coming off the Sunderland fans were clapping us as well which is brilliant. It was a great game, we knew it would be tough but managed to grind it out."

Leicester captain Wes Morgan was equally profligate after being picked out from a corner by Christian Fuchs, but as the home side settled, it was they who started to make an impact.

Borini fired into the side-netting after taking a poor first touch from Jan Kirchhoff's throughball, and Kaboul powered a header over from the influential Wahbi Khazri's cross.

Both teams had penalty appeals waved away -- Sunderland after Patrick van Aanholt's cross struck Robert Huth's arm as he slid in and Leicester after Riyad Mahrez's shot thumped into Kaboul's elbow.

Borini found space on the right side of the penalty area and drilled in a shot that momentarily wrong-footed Schmeichel after clipping Morgan, but the goalkeeper did well to block with his legs.

Borini again came close to breaking the deadlock after the break when he drilled a rising drive wide. But Leicester responded with Okazaki firing over after exchanging passes with N'Golo Kante and Mannone taking advantage of Danny Drinkwater's heavy touch from Vardy's teasing 54th-minute cross to intercept.

Leicester took the lead after Kaboul lost Vardy as the striker set off in pursuit of Drinkwater's long ball, and his finish was unerring.

Substitute Jack Rodwell passed up a glorious opportunity to level with eight minutes remaining after Van Aanholt's shot had been blocked into his path 10 yards out.

Although Vardy missed one chance to wrap up the win late on from Drinkwater's pull-back, he did so deep into stoppage time as he out-muscled Van Aanholt and rounded Mannone before steering the ball into the empty net.